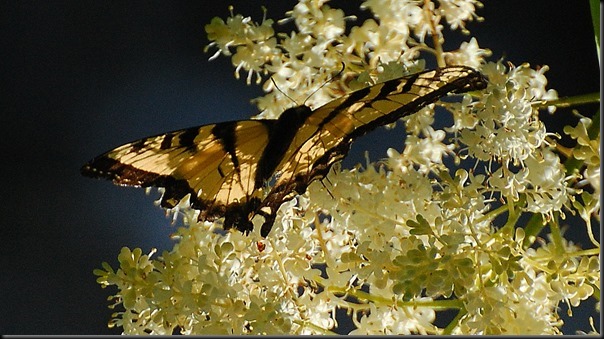 Fast moving storm cells forming up out over the lake came ashore this morning catching Kelly and Pheebs in a downpour.  Kelly had the forethought to wear a raincoat but by the time they got back home from their walk we had us quite a soggy little doggy.  Checking our radar site I could see it was a narrow band and wouldn’t last long.  Soon as it passed by Pheebs and I were out the door and gone on down the road. 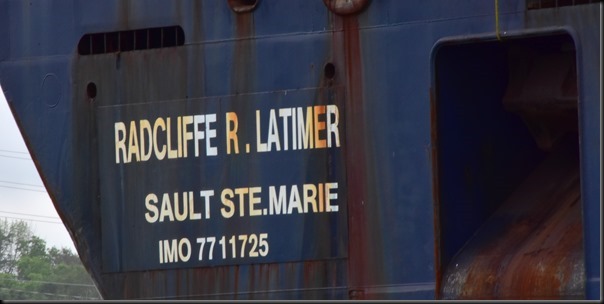 THE BULK CARRIER RADCLIFFE R. LATIMER WAS DOCKED AT THE GODERICH GRAIN ELEVATORS THIS MORNING 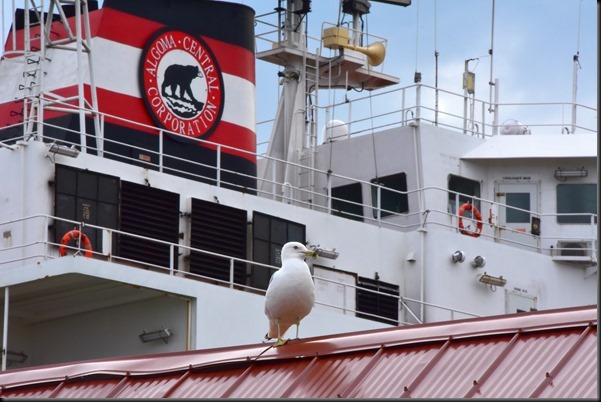 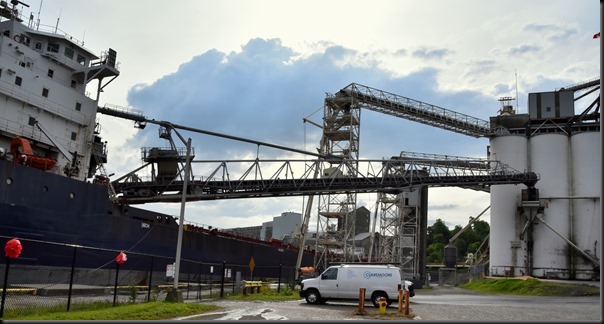 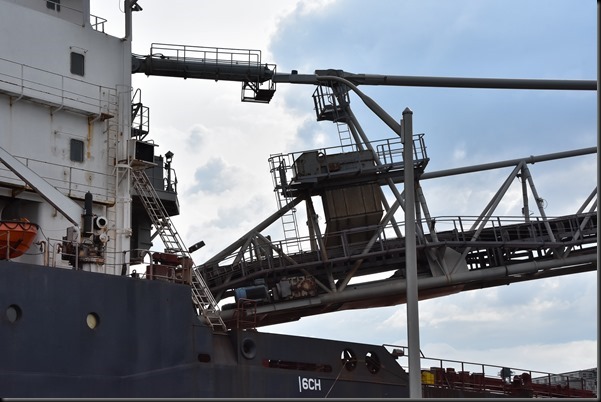 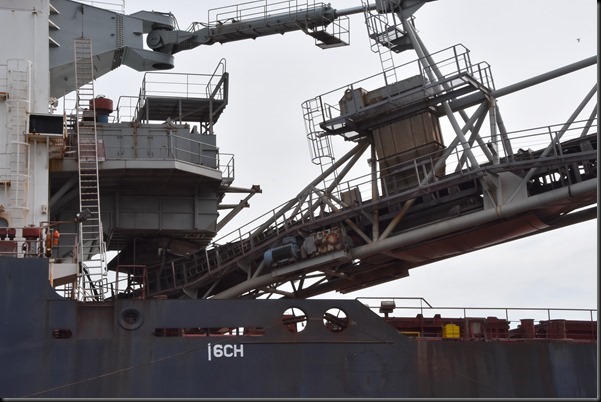 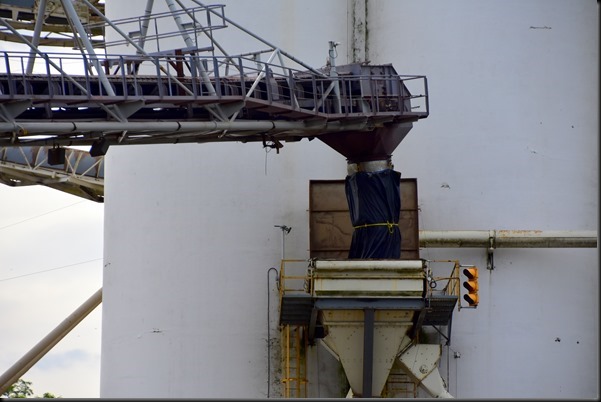 THIS IS THE RECEIVING END OF THE CONVEYER BOOM AND I’M GUESSING THAT TRAFFIC LIGHT DEVICE SIGNALS THE BOOM OPERATOR AS TO HOW FULL THE BIN IS….GREEN FOR OKAY, AMBER FOR NEARING FULL CAPACITY AND RED TO STOP 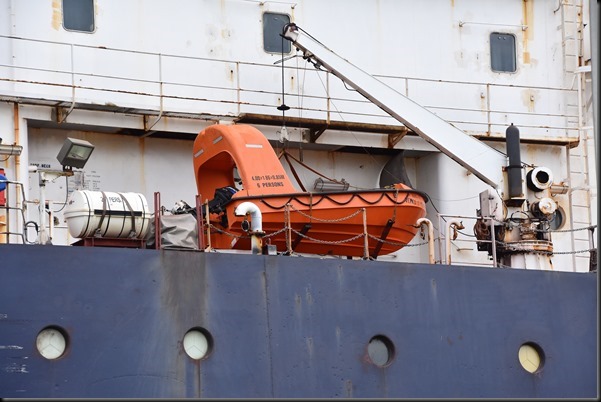 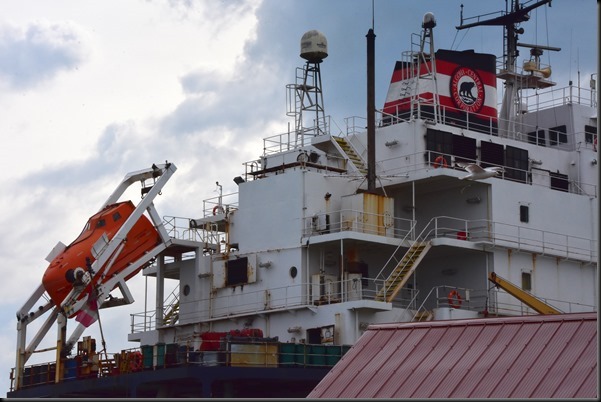 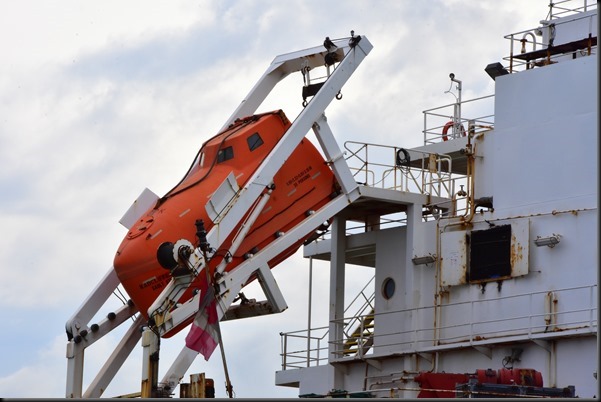 Spent a short bit of time today in a place I would not normally find myself.  A retail store in downtown Goderich.  Had never been in a Bell Mobility store before simply because I had never had an interest to go in one.  Cell phones Schmellphones is a thought I have been hanging onto for a long time.  Why oh why oh why would I Al Bossence ever need a cell phone.  Well why indeed.  I absolutely have no interest in calling anyone and saying, ‘Hey wassup’ and I certainly would not want anyone calling me up with that same questionable greeting!!  How about texting?  No way Jose!!  Zero interest.  Ok then, so what drew me to that Bell Mobility store this morning?  Good question and when I left the store I had only 3 thoughts rambling around in my head……hmmmm, hmmmm, and hmmmm.

VENDORS SETTING UP IN DOWNTOWN GODERICH FOR FRIDAY MARKET 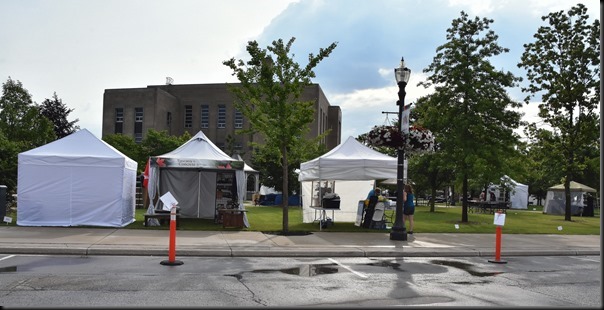 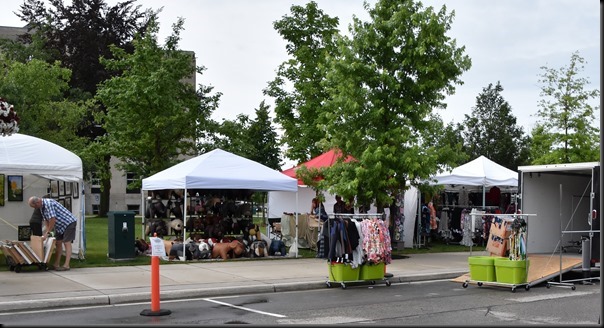 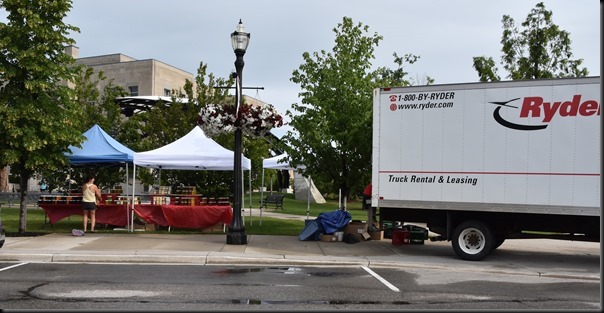 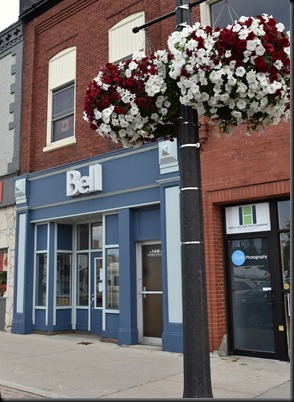 Our morning had started off pleasantly enough with a cool refreshing breeze in off the lake so Pheebs and I headed out east of Goderich and picked up a hiking trail we had been on last week.  Taking a different fork this time we walked for a bit until I realized the heat and miserable humidity were quickly building again.  My shirt was soon sticking to me and Pheeb’s tongue was dragging on the ground.  Back to the Jeep and headed home to the coolness of our house and stayed there for the rest of the day. 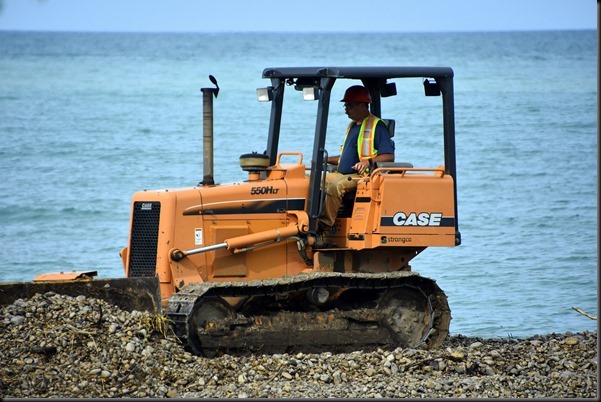 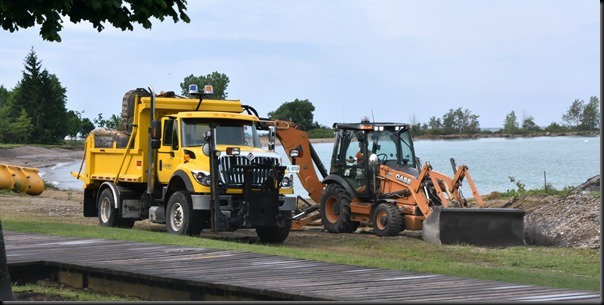 Told Kelly what I had seen at the Bell Mobility store and how disappointed I was at the phone costs and high fee monthly plans.  She looked over the sheet I had brought home and agreed about the prices.  And that was pretty much the end of any more of my smart phone ideas.  I had liked the idea of having a phone with a camera in it with me all the time as well as a number of Apps I was really interested in regarding Astronomy and Bird ID to name a couple.  Oh well we can’t have everything we want can we.                            But wait……………. 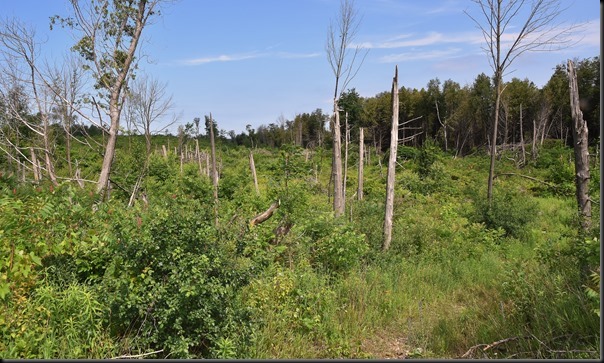 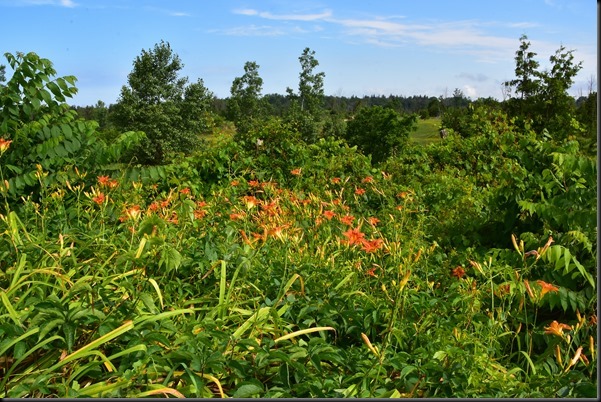 A NEW FOREST IS QUICKLY REPLACING THE OLD

Tapping away at my computer keys this afternoon I became aware of Kelly talking to someone on the phone out in the living room.  Wandering over thatta way I soon determined she was talking to Bell telephone about Smart phones and monthly plans.  By golly if she wasn’t weaving her magic again and within 20 minutes she had waded through all the Schlock, dug through all the expensive phones and plans and hammered out a financially acceptable deal.  Free phone, $22 a month with enough data thrown in to get me by.  Only thing left for me to do now is decide on a phone.  No not an expensive iPhone or any of the other high enders.  Don’t need the latest in-vogue Yadda Yadda device, just a phone with a reasonably good camera and some data access.  It’s the Apps I am most keenly interested in.  We’ll be reading up on Smart phones over the next couple days before making a decision as to which phone to go with.  Samsung Galaxy j3, Sony Xperia, and Motorola 5 are just 3 that we have looked at so far.  Maybe not totally perfect for modern heavy duty communicator folks but way good enough for me and what I want it for:)) 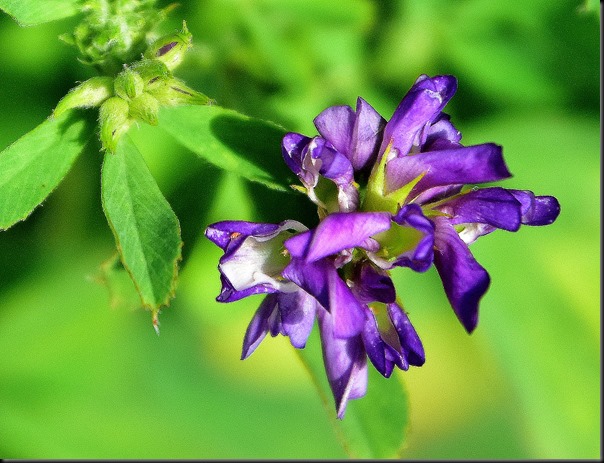 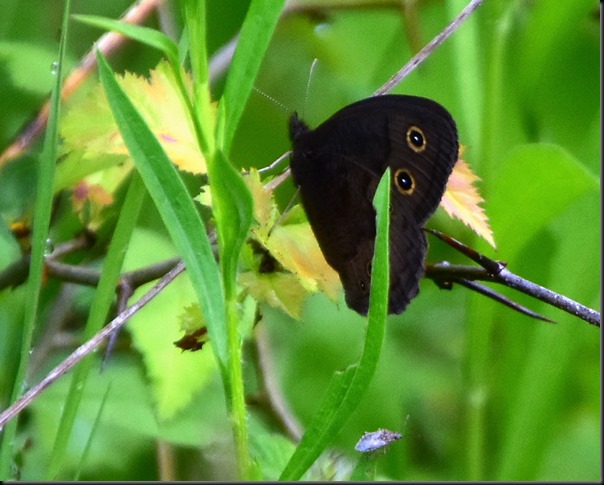 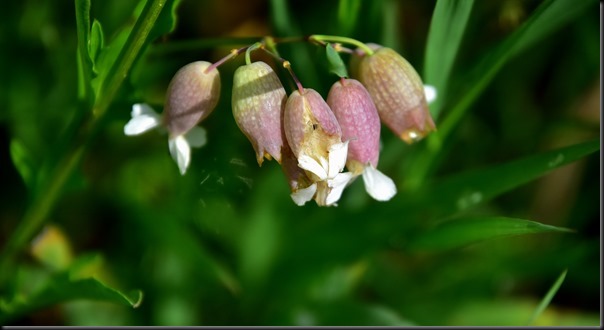 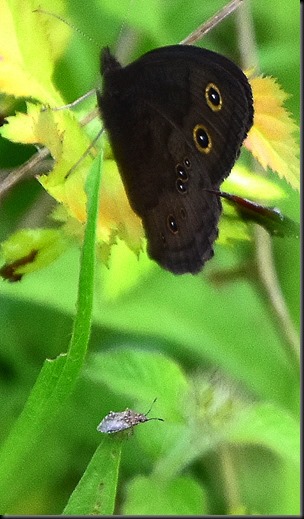 And would you believe I am considering having a serious go at learning Adobe’s Lightroom photo editing program.  Been reading up on it ‘again’ and with all the on-line tutorials I might just have half a chance of understanding it.  Noticed they have a 30 day free trial.  With some new camera gear under my belt and another couple pieces yet to come I’m thinking of trying to improve a few of my photography skills.  Some of my stuff is Okay but I’d like to see if maybe I can do a little better. 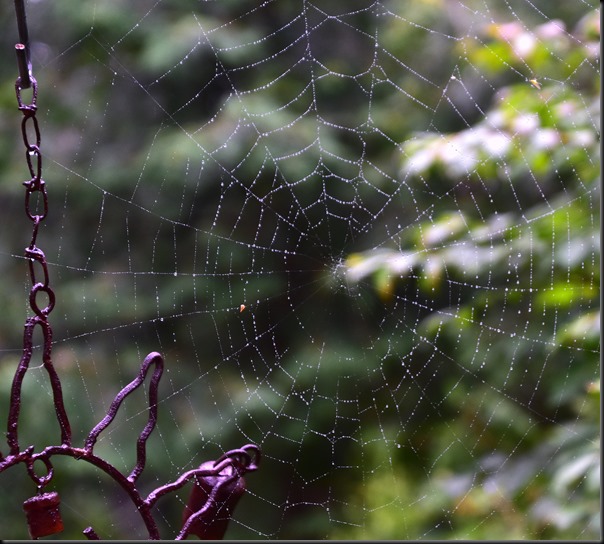 I remember reading one time about how aging takes it’s toll on Seniors not only physically but mentally as well.  One of the common things that happens to older folks as they age is their world begins to shrink around them and I have been experiencing this these past few years and especially of late.  Seems easier to face challenges when we’re younger, more energy and a willingness to learn new things.  When memory begins to slip it becomes harder to learn and retain information so the mind sometimes solves this increasingly frustrating problem by taking the easier road and sticking closely to only those things one is relaxed and comfortable with.  I am probably a good example of that and I can feel my world steadily shrinking.  Instead of running from modern technology maybe I should be turning around and embracing it.  I’ve been thinking for awhile now maybe a Smart phone would be a first step in the right direction.  My Picasa photo editing program isn’t going to last forever so maybe now is the time to learn something new.  Maybe try my hand at some videography because I now have some better equipment to do that.  Maybe see if I can get a few piles of garbage moved off my creative side, let in some light, and see what grows.  Or maybe my mind is currently in one of it’s lofty upper atmosphere modes and for me that spells a small smattering of confidence.  OMG, confidence??  Don’t know but we’ll see what shakes out over the next little while.  Maybe by this time tomorrow I will be back to sweeping the floor and humming to myself…… 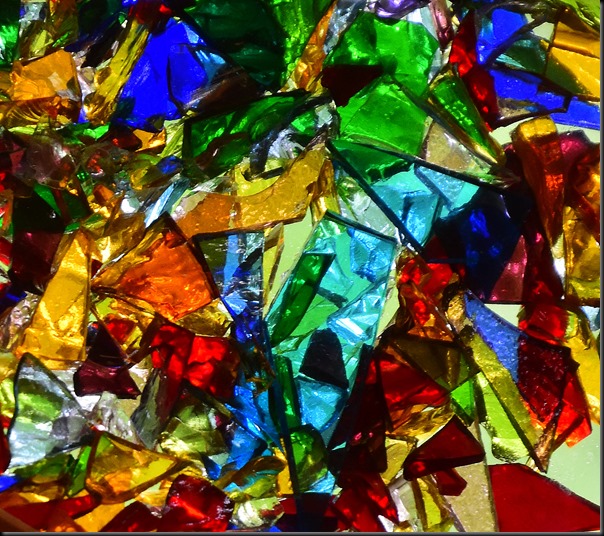 GROANER’S CORNER:(( In a dark and hazy room, peering into a crystal ball, the mystic delivered grave news: "There's no easy way to say this, so I'll just be blunt - prepare yourself to be a widow. Your husband will die a violent and horrible death this year." Visibly shaken, Laura stared at the woman's lined face, then at the single flickering candle, then down at her hands. She took a few deep breaths to compose herself.  She simply had to know. She met the fortune teller's gaze, steadied her voice, and asked:
"Will I be acquitted?"

Did you know that to be old and wise you must first be young and stupid.

A little boy came home eating a big candy bar. Seeing the candy bar, his mother remembered he had already spent all his allowance money. Surprised, she asked him where he got it.  "I bought it at the store with the dollar you gave me," he said."But that dollar was for Sunday School," his mother replied.  Smiling, the boy said, "I know, Mom, but the Pastor met me at the door and got me in for free!"