MY ‘SMARTYPANTS’ PHONE ARRIVED TODAY AND IT’S UP AND RUNNING 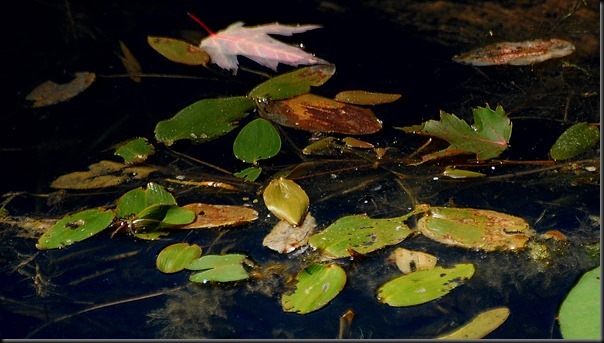 Our Jeep rolled out the driveway before 8 a.m. this morning but I was the only one in it.  Kelly and Pheebs followed in the Pontiac Sunfire as I headed for the Bayfield Garage.  Have noticed a few ‘bumps’ when the transmission shifts so it was time to have the transmission fluid level checked.  Although the engine oil level is easy to check with a dipstick the transmission fluid on this engine does not have the usual dipstick to check it.  Dumb eh, but more and more engines are coming out that way with no transmission dipsticks.  Also while Libby was in the garage we had a passenger side brake light bulb replaced and a driver’s side window adjusted.  It has been coming up crooked then takes a bit of finagling to get it to straightened out.  All is good now. 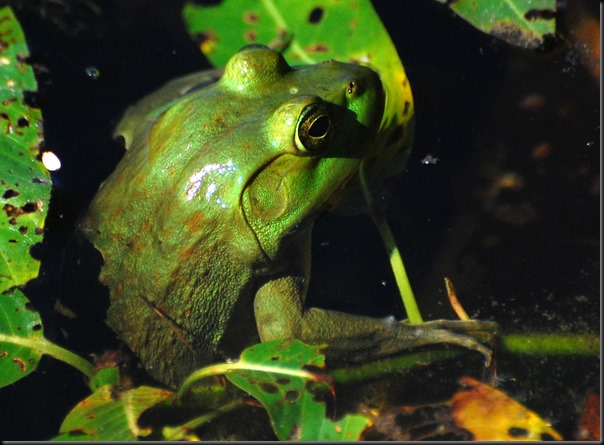 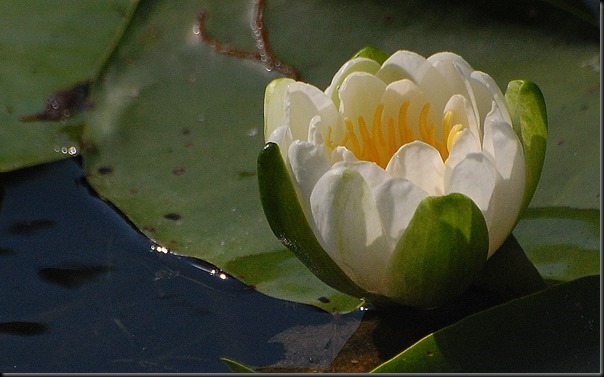 Kelly suggested Pheebs and I take the Sunfire out for our morning cruise but with it being overcast again I couldn’t seem to drum up much enthusiasm for that.  Skies brightened around noon and old Sol finally made his way through.  Despite it turning out to be a really nice weather day for doing things outside I could not seem to get myself in the groove.  Maybe I will have to try some of those vitamins a few folks mentioned in our Shout Box and see if I can’t get my energy levels back up to par. 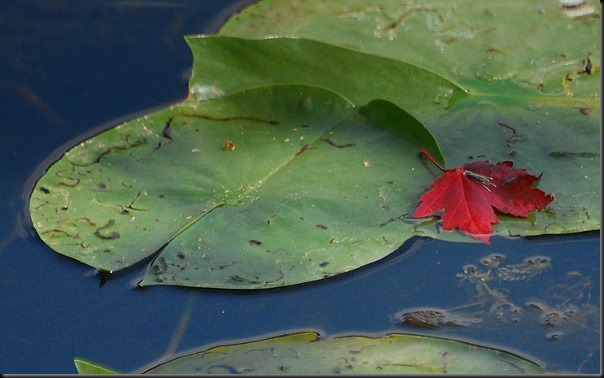 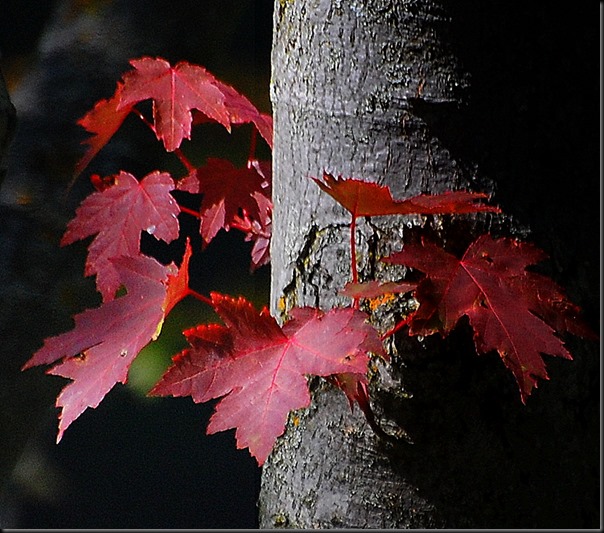 Kelly dropped me off about 3 to pick up the Jeep at the garage then continued on to the post office and picked up my Samsung Smartphone.   Back home we weren’t long in unpacking it and figuring things out.  Fortunately with Kelly already having a Blackberry Smartphone for the past few years she had some idea what to do.  Quite a job getting the Sim card in and had it not being for Kelly having the patience to do that finicky step I would have had to go get my hammer out of the shed and really get the job done.  She showed me how to take and send a photo, send or receive a phone call and even tried to trick me into texting something.  It’s going to be quite a process methinks………………. 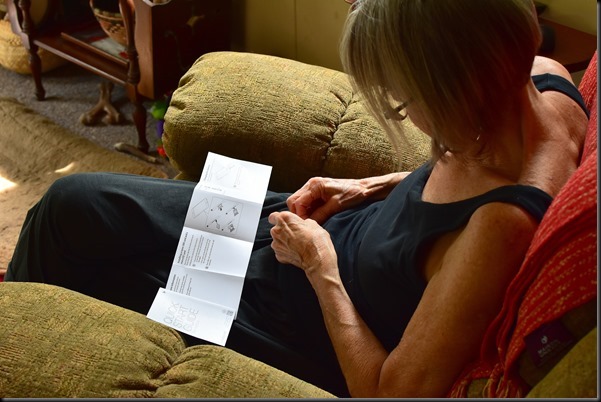 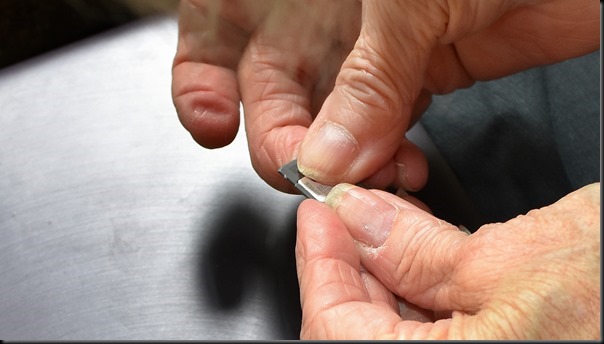 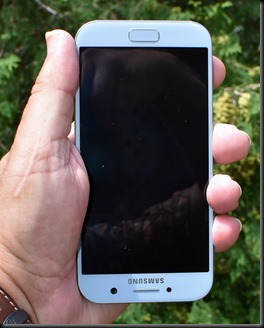 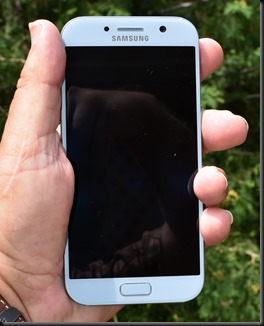 PHOTO ON LEFT OF MY SAMSUNG GALAXY A5 IS AN ‘OOOPSY’….CAN YOU SEE WHY? 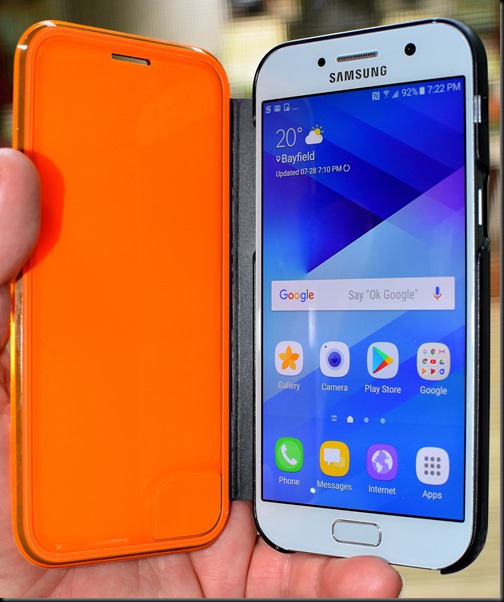 NOT TO WORRY……THE PHONE CASE IS ONLY ORANGE ON THE INSIDE COVER….’WHEWWW, THOUGHT I LOST YA ALL THERE FOR A SECOND 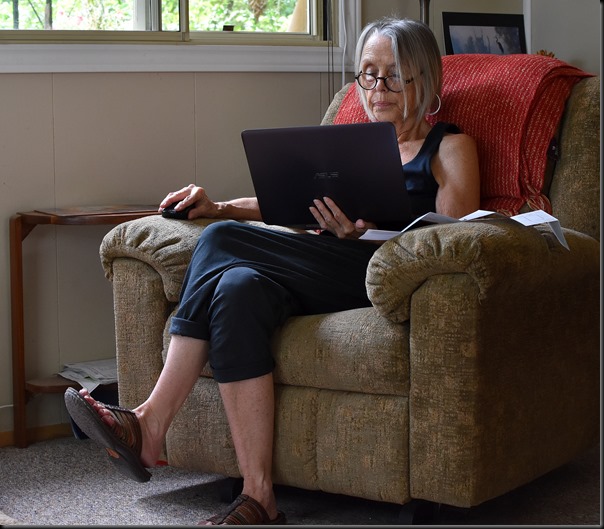 FIRST PHOTO WITH MY A5

It is so hard for me to be patient with myself at this age when trying to learn new things and no doubt this Smartypants phone is going to be a challenge but I do have a good feeling about it. 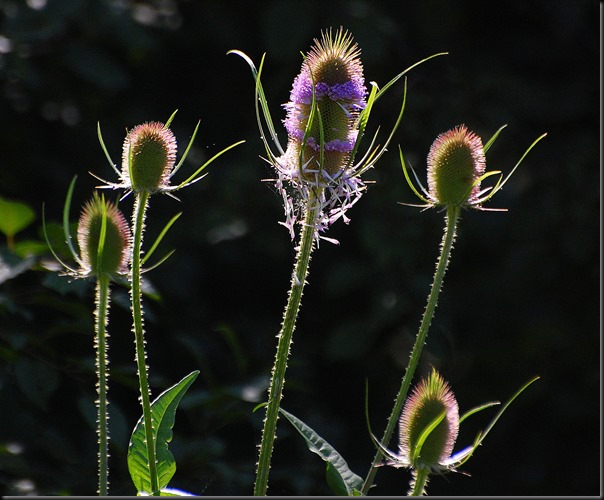 GROANER’S CORNER:(( A tough U.S. Marine sergeant got word that the father of one of his men had passed away. At roll call he snapped, "Hey, Smith, your father died!" The Marine fainted on the spot. A week later the sister of another Marine died, and the sergeant once again called his men together. "Jones," he yelled out, "your sister died last night!" The Marine burst into tears. Finally, word got back to the general about the sergeant's insensitivity, and he was called on the carpet and told to be less direct and gruff when one of his men suffered a tragedy. A week later the sergeant was notified that Private Miller had just lost his mother.  Remembering what the general had said, he lined up his troop and ordered "Everyone whose mother is alive, please take one step forward - not so fast, Miller!"

- “Something about subtraction just doesn't add up.”

- A pat on the back is only a few inches from a kick in the pants.

- A problem cannot be solved using the same level of thinking that created it.

- A short cut quite often is the longest distance between two points.

A couple had been married for 35 years, and the pair was also celebrating their 60th birthdays. During the celebration, a fairy godmother appeared and said that because they had been such a loving couple all those years, she would give them each one wish.   The wife said she wanted to travel around the world. The fairy godmother waved her magic wand and BOOM! The wife had the tickets in her hand.   Then it was the husband's turn. He paused for a moment, then said boldly, "Well, I'd like to have a wife 30 years younger than I." The fairy godmother picked up her wand and BOOM! He was now 90.

Honey bee a dear and open the door please