HAPPY 150TH BIRTHDAY TO US GUYS UP HERE IN THIS GREAT BIG CANADA PLACE:)))))) 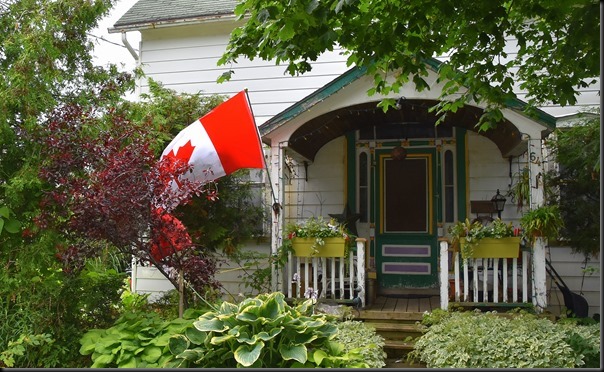 Despite a disappointing dreary day of dismal drizzle we diligently decided to definitely drive defensively during some dubious downpours.  There I got some of those annoying ‘d’s’ out that were rattling around in my head all morning. 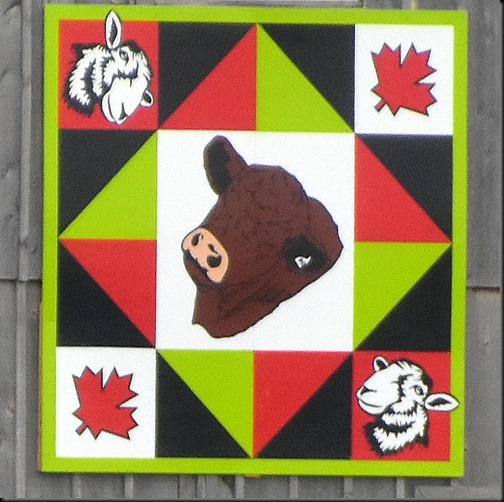 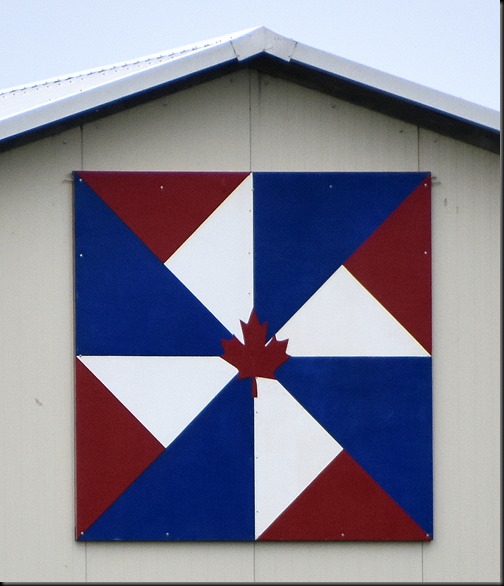 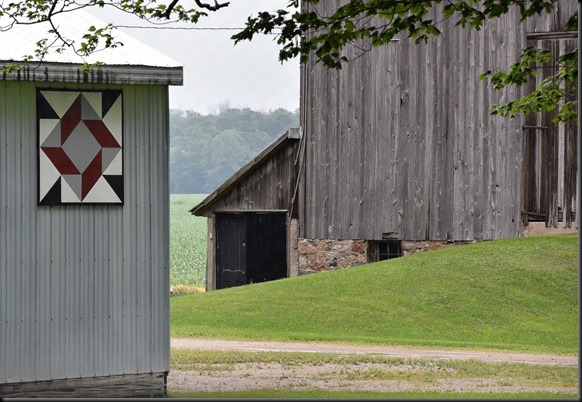 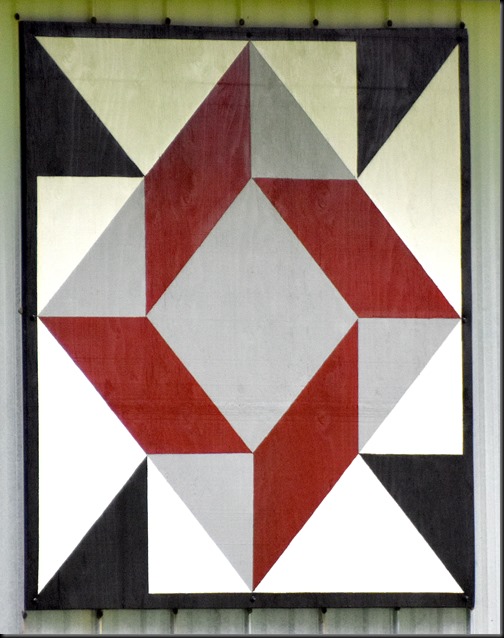 Being Canada Day Pheebs and I kept watch this morning for things relating to Canada’s 150th Birthday.  Mainly flags of course and we did come across some out on our areas country roads earlier today. 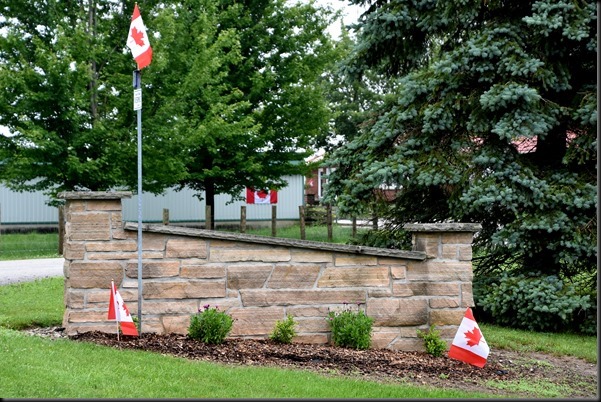 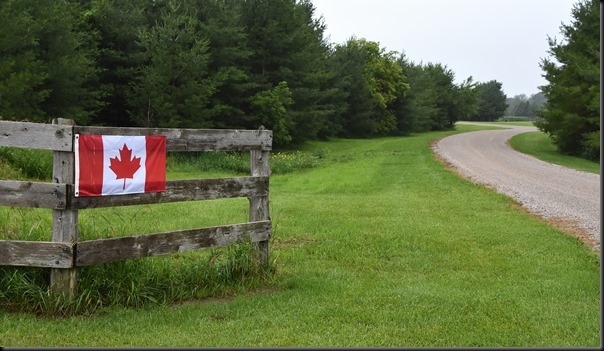 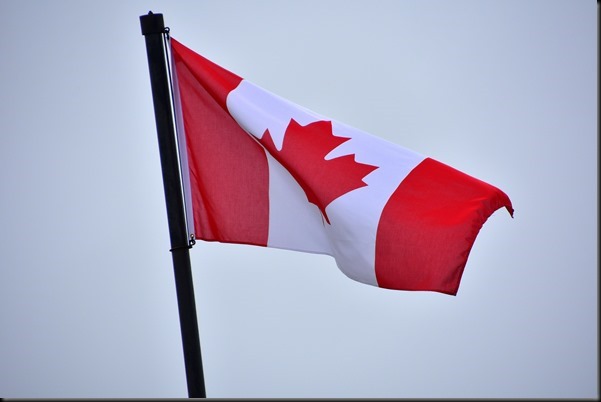 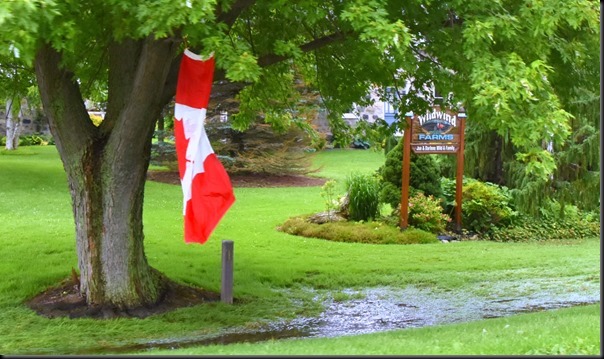 Well here we are into July already.  Days are getting shorter and in another 6 weeks about mid August there is usually a very subtle shift in the air which puts us on a direct course for Autumn.  I always like when that mid August shift occurs.  Nights become cooler, there begins a calmness in the air and nature’s sounds generate a feeling of approaching change.  Oh how I always look forward to Autumn’s mystery and mystic………… 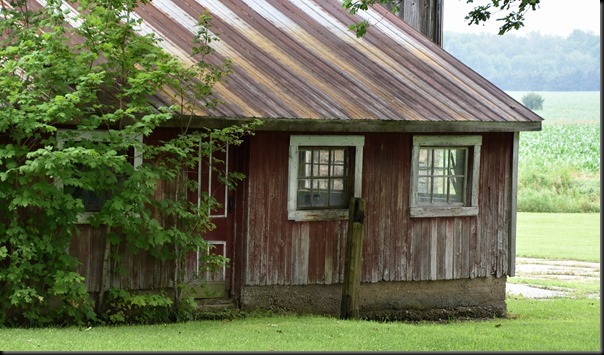 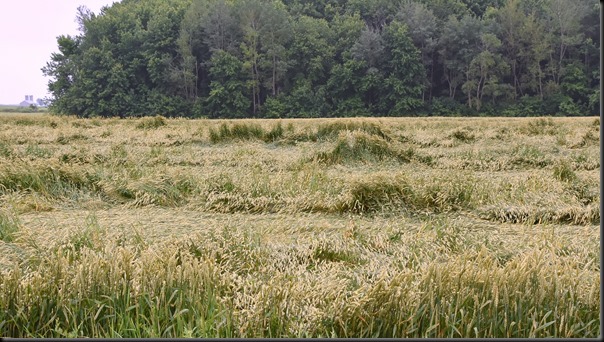 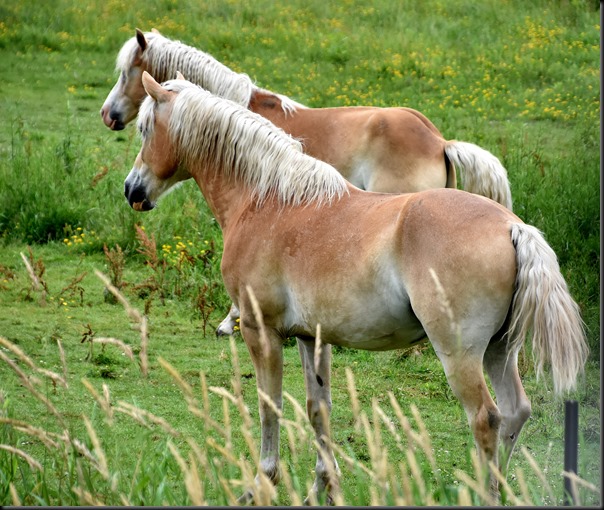 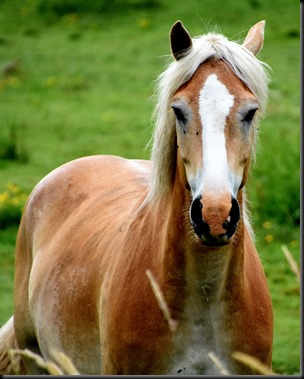 This Shout Box problem has turned into a real pain for us.  Kelly has spent so much time trying to straighten things out to get that annoying pop-up ad off the blogsite.  Even decided to pay for a premium site just to get rid of it.  Of course that led to more problems and Kelly ended up having to phone our credit card company to have that payment stopped.  And it was.  We are now back to the annoying pop-up ad.  We haven’t totally given up on the Shout Box……………. yet. 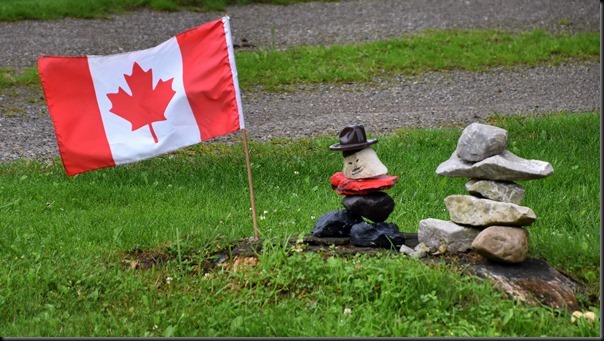 GROANER’S CORNER:((  A father was at the beach with his children when the four-year-old son ran up to him, grabbed his hand, and led him to the shore, where a seagull lay dead in the sand. "Daddy, what happened to him?" the son asked.  "He died and went to Heaven," the dad replied.  The boy thought a moment and then said, "Did God throw him back down?"

I feel sorry for people who don't drink. When they wake up in the morning, that's as good as they're going to feel all day. " ~ Frank Sinatra

A man awoke one evening to discover prowlers in his storage shed. He immediately called 911, gave his address, to report the prowlers and possible burglary. The operator at the other end said "Are they in your house?" He said they were not, only in his storage shed in back of the house. The operator said there were no cars available at that time. He thanked the operator, hung up the phone and counted to 30 and called again. "I just called you about prowlers in my storage shed. Well you do not have to worry, as I just shot them all dead!" Within seconds there were 3 police cars, an ambulance and fire engine at the scene. After capturing the prowlers red-handed, the policeman asked the caller, "I thought you said you had shot them all!" The man answered, "I thought you said there were no police available!"

Knock knock.
Who's there?
Beats.
Beats who?
Beats me.