A THOUSAND DOLLARS CASH IN A McDONALDS COFFEE CUP 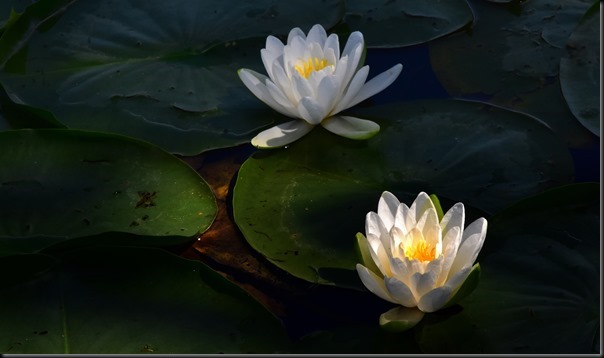 McDonalds coffee cups always have a little sticker on them that can be detached and put on a card.  Soon as one has 7 stickers on their card they get a free coffee.  Every time Pheebs and I go through McD’s and grab a coffee I always hang onto the cups because Kelly collects the stickers.  Arriving home shortly after 11 this morning I came in with my camera and empty McD’s coffee cup and put it on the kitchen table.  Minutes later Kelly walked over, pulled the sticker off and removed the loose lid.  ‘Hey what’s this inside’ she said.  She reached in and pulled a wad of bills out…….a thousand dollars to be exact.  What?? 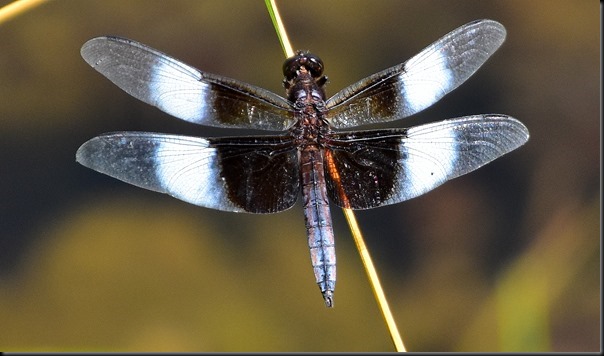 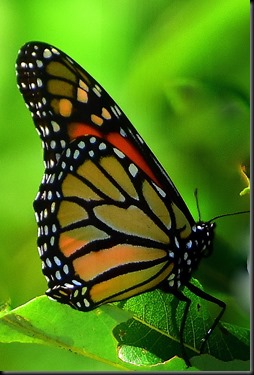 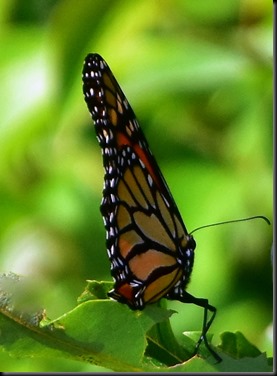 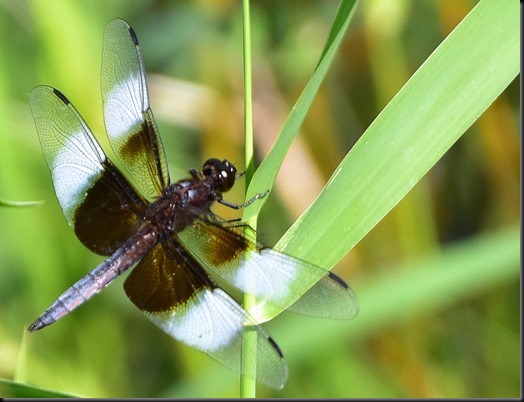 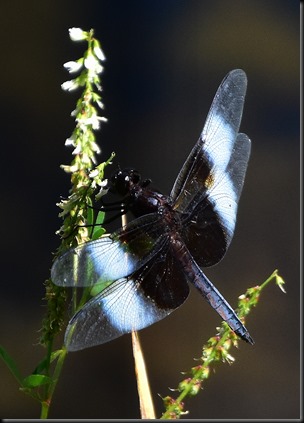 Readers may remember me mentioning about selling the motorcycle and a call from Andy at the Goderich Power center saying he had a thousand dollar cash down payment on the bike.  Yep I stopped in there this morning to sign the bike’s ownership over and Andy suggested I take the thousand dollar cash down payment with me which I did and that is how it ended up in a McDonald’s coffee cup in Kelly’s hands this morning.  No there was no chance of the moneyed coffee cup going into the garbage can.  I was standing right there in the kitchen with a sly eye closely monitoring the proceedings:)) 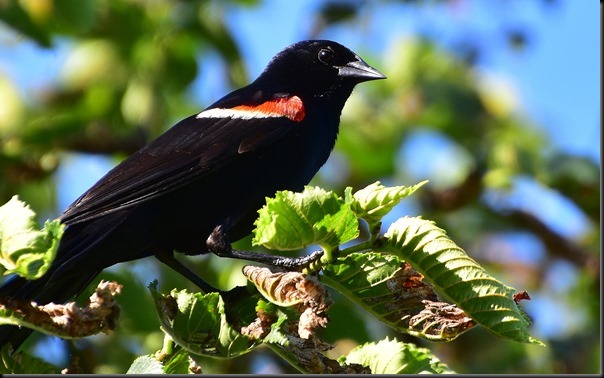 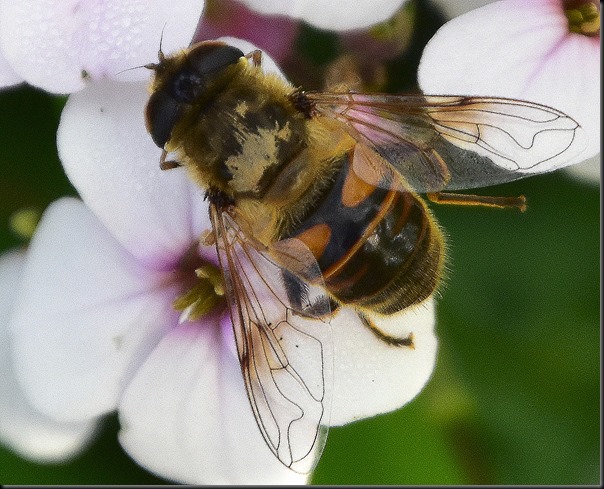 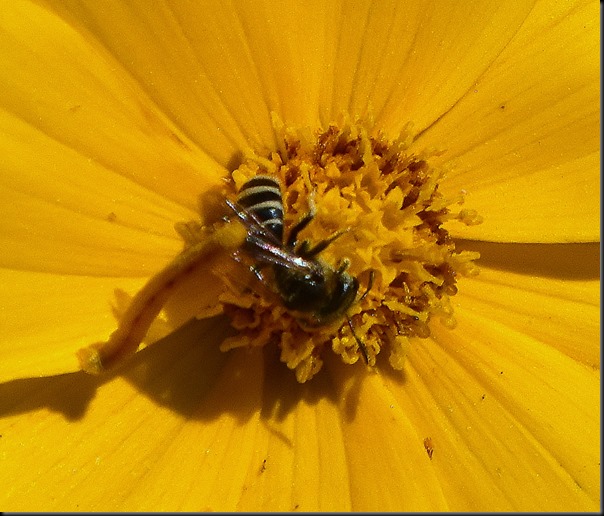 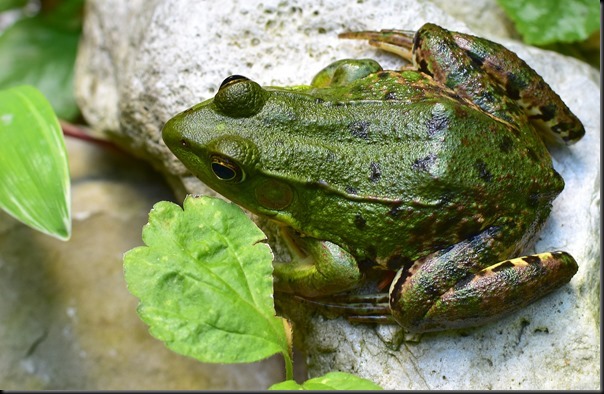 Pheebs and I had us nice walk in the doggy walking area at the south end of Goderich’s Rotary Cove beside Lake Huron this morning.  A refreshingly cool breeze coming in off the lake kept the day’s rising humidity to a dull roar for a short time. 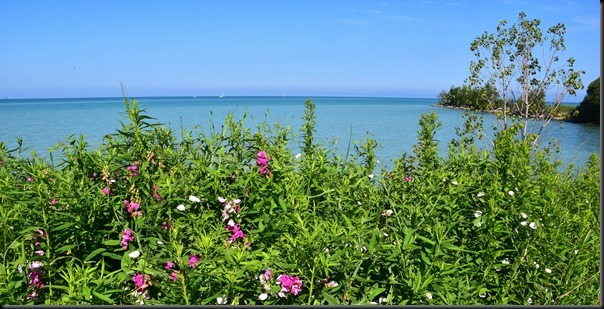 A FINE SUMMER MORNING WALK ALONG THE SHORE 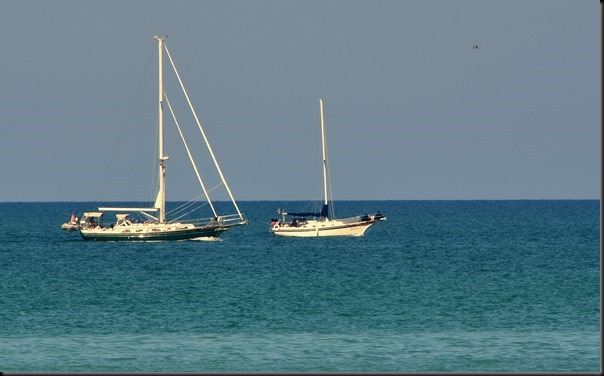 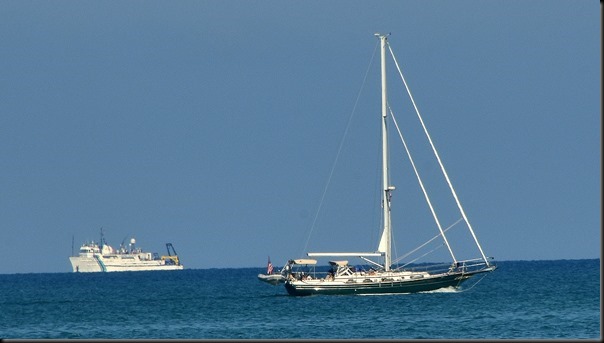 Stopped into the Goderich Bell Mobility store again.  Wanted to get a physical take on the Galaxy 5A phone as well as the Motorola G5 plus.  The Motorola is a snap smaller than the Galaxy A5 but ‘I think’ we maybe have it narrowed down to one of these 2 smart phones for me.  Of course by tomorrow at this time we could be off down another path looking at something totally else.  The word ‘rotary’ comes to mind again. 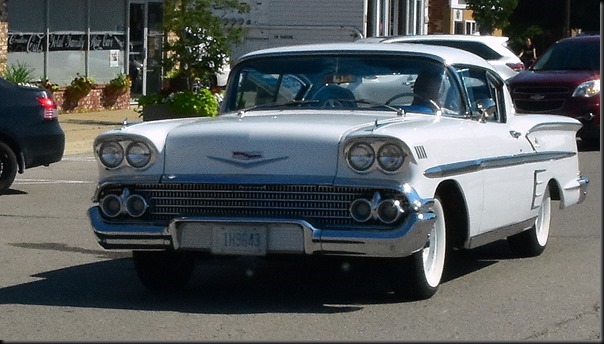 RV’ER WITH A BOAT TOAD

A swing east of Goderich brought us through the sleepy Hamlet of Ben Miller to our favorite pond area.  We can always be assured of a photo or two here where the country road dips between two roadside ponds.  Today’s Dragonflies and Lily pad flowers were taken here.  Heat and humidity were building so it was time to get out of the hot soupy air and head for home.   Luckily we were fine with windows down and didn’t have to kick on the Jeep’s A/C.  It’s all in the timing to beat that heat. 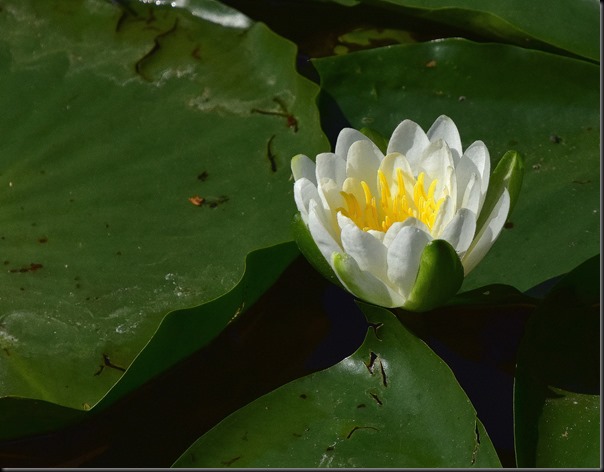 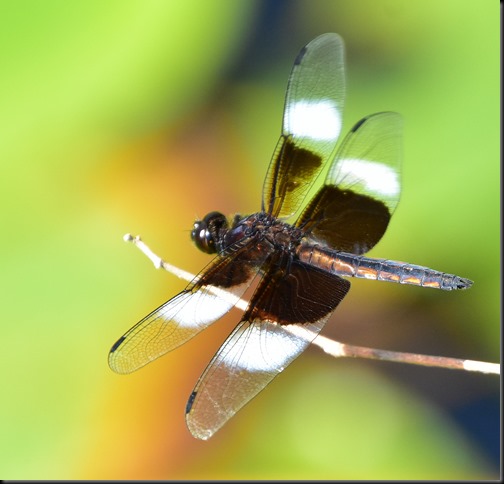 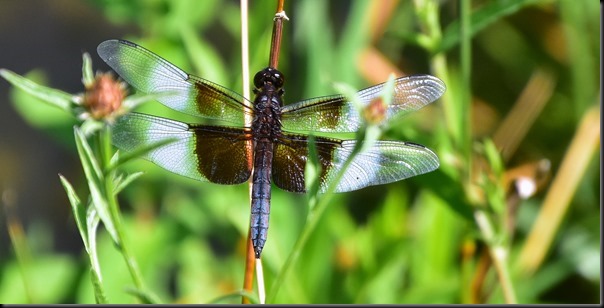 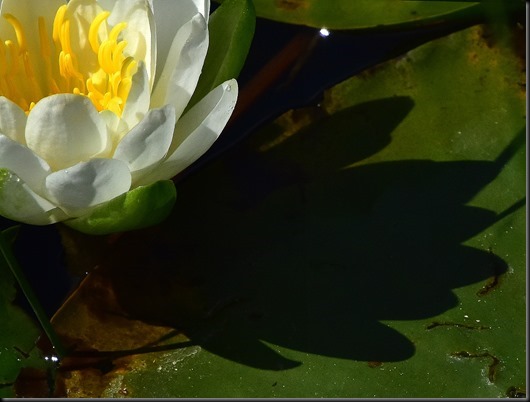 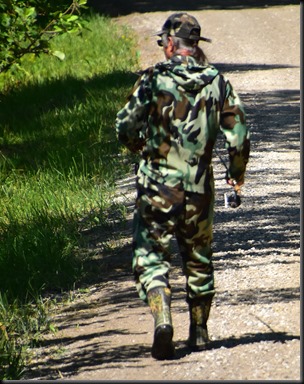 I KNOW ABSOLUTELY NOTHING ABOUT FISHING SO IS THIS GUY DRESSED LIKE THIS SO THE FISH CAN’T SEE HIM??

I’m sure some readers are scratching their heads and wondering why a ‘no phone guy’ like myself would even be considering buying a smartass phone and if so why not a much cheaper flip phone.  Well it’s true, the least part of the phone that holds any interest for me is actually…..the phone.  It is the clear quality of the photos Kelly has been getting with her Blackberry DTek50 this past year that caught my attention awhile back and started the ball slowly rolling for me.  I’ve been carrying a bulky point and shoot camera on my belt for the best part of 10 years now and anyone doing that knows what it’s like plunking oneself down into a chair with one of those pesky side-arms clipped on.  While wearing it on my belt I generally always drape my shirt over the phone and that of course makes it look like I have some sort of large infectious growth sprouting out of my right hip.  Not too flattering I’d say.  With that thought in mind couple the increasingly sharper smart phone cameras with this whole ‘App’ thing (what is an App) and it ‘finally’ starts to turn on a few low watt light bulbs in my head.  GPS, real time weather maps, bird song ID, new pajama-rama colors, a night sky app identifying all the stars and constellation positions, latest peanut butter alerts, Google Earth, Google Search, an app to tell me which way my feet are headed in case I should decide to follow, an old guy’s grump meter, what mountain range I am looking at, an app to tell me whenever I am within one square mile of a carrot muffin, a compass, an altimeter, and a ba-zillion other things I haven’t even thought about yet.  I’m making an attempt here to bring myself up to speed with the 21rst century I guess.  Texting or ying-yanging on the phone?  Nope and nope.  Facebook, Instagram, Twitter, and all that social media stuff??  Nope, nope and a whole bunch more nopes.  Of course having my own smart phone was a big nope for a long time too wasn’t it.  Maybe I had better not be a dope with too many nopes or my future hopes could quickly become dashed on the ropes leaving me with a bad case of the Pope’s mopes.  Anyway, moving on and no you won’t find all this on Snopes. 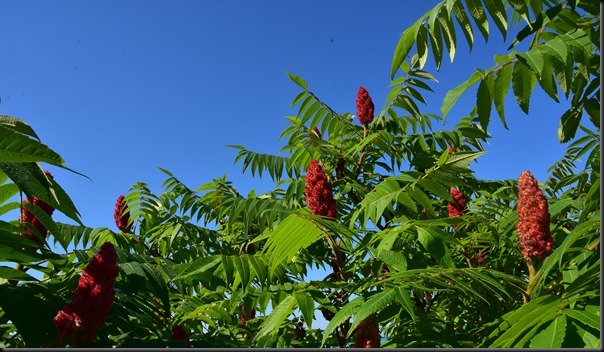 GROANER’S CORNER:((  I have been in many places, but I've never been in Cahoots. Apparently, you can't go alone. You have to be in Cahoots with someone.  I've also never been in Cognito. I hear no one recognizes you there.
I have, however, been in Sane. They don't have an airport; you have to be driven there. I have made several trips there, thanks to my friends, family and work.  I would like to go to Conclusions, but you have to jump, and I'm not too much on physical activity anymore.  I have also been in Doubt. That is a sad place to go, and I try not to visit there too often. I've been in Flexible, but only when it was very important to stand firm.
Sometimes I'm in Capable, and I go there more often as I'm getting older. One of my favorite places to be is in Suspense! It really gets the adrenalin flowing and pumps up the old heart! At my age I need all the stimuli I can get! And, sometimes I think I am in Vincible  but life shows me I am not!

The closest a person ever comes to perfection is when he fills out a job application form.

One day, after a man had his annual physical, the doctor came out and said, "You had a great checkup. Is there anything that you'd like to talk about or ask me?" "Well," he said, "I was thinking about getting a vasectomy." "That's a pretty big decision. Have you talked it over with your family?" "Yeah, and they're in favor 15 to 2."

No thanks, I think I’ll have some peanuts.