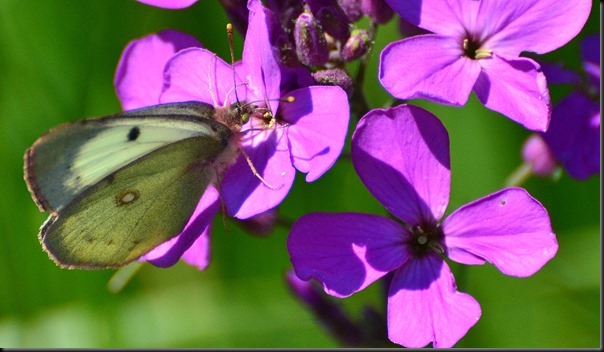 With a marvelous Morning Glory muffin in one hand and a great cup of coffee in the other I exited Bayfield's Charles Street Market & Cafe this morning around 8:45.  Under another beautiful sunny cool morning sky Pheebs and I had a destination in mind for a change and minutes later were kicking up some good old dusty gravel on our way to London. 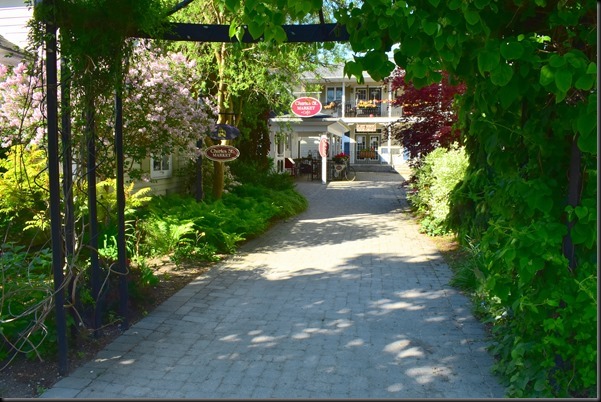 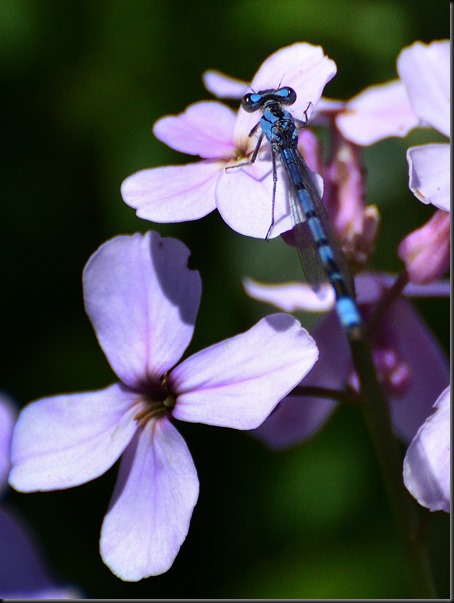 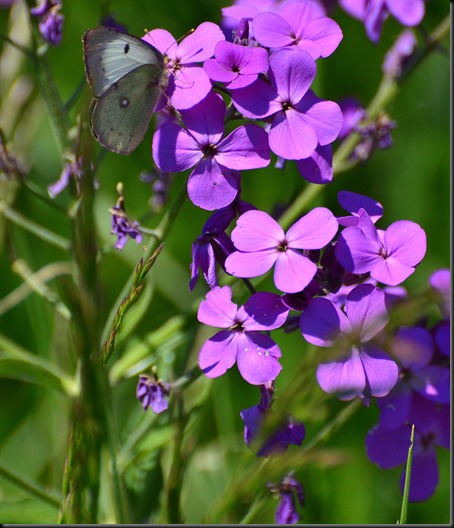 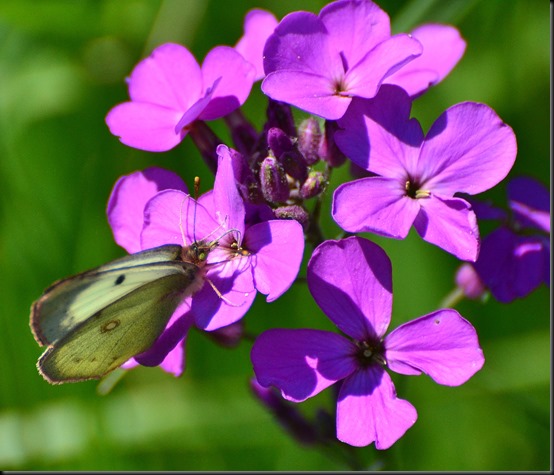 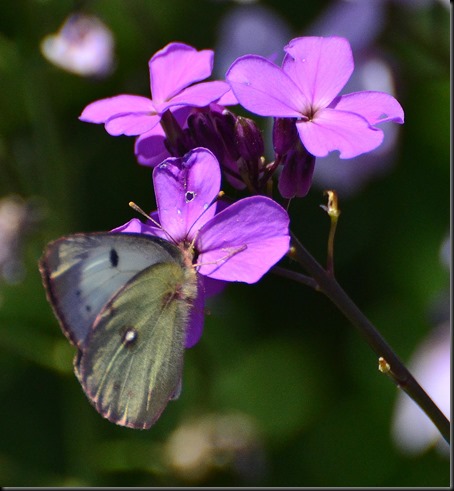 Henry's Camera Store near Masonville Mall in London’s north end opened at 10 but we were in no big hurry to get there so we dawdled ourselves along on a bunch of back roads simply enjoying Huron Counties rural scenery.  I was surprised at all the farm machinery on the roads and in the fields.  Probably the most pieces of of farm equipment  I have ever seen out and about working on a Saturday morning.

SOME WALKED, SOME RODE, AND SOME GOT TO DRIVE

THIS GAL’S GOT THE RIGHT IDEA

TAKING A BREAK AND PULLING INTO THE YARD FOR LUNCH MAYBE

IT’S QUITE THE CONGLOMERATION OF WHEELS AND STEEL

My purpose for heading to Henry's camera store was to have a look at a Nikon 18-300mm Nikkor lens.  I had never seen, held, or used one and I was curious to see if it would be a way for me to get down to carrying one camera with one lens rather than two cameras and two lenses all the time.  With some newer Nikon camera gear headed my way I will be in a position to sell or trade in some equipment for the new 18-300mm lens if that is what I decide to do.  I liked the lens, it had a good feel to it and they let me try it out on my D3400.  Told the nice behind the counter lady sales person I had a D7200 coming so she also let me try out the lens on a D7200 from the store.  Wow was that Nikon D7200 ever nice and it seemed like a great combination with the 18-300 lens on it.  I will wait until I have the other Nikon equipment at home here before making a decision on the lens and I will also have to have a second look at the test photos I took outside of the store today.  Basically it comes down to two things.  Quality vs convenience.  I would lose some quality with the 18-300 lens but it would sure be a lot more convenient for me and the slight loss of quality might not even be noticed here in the blog.

Leaving Henry's Camera Store our immediate priority of course was to get ourselves out of the city and back into the countryside.  Wanted to soak up as much rural Saturday morning ambience as we could.   For me the weather is perfect now with sunny skies and pleasantly cool mid 60's temperatures with no heat or hot sticky humidity. 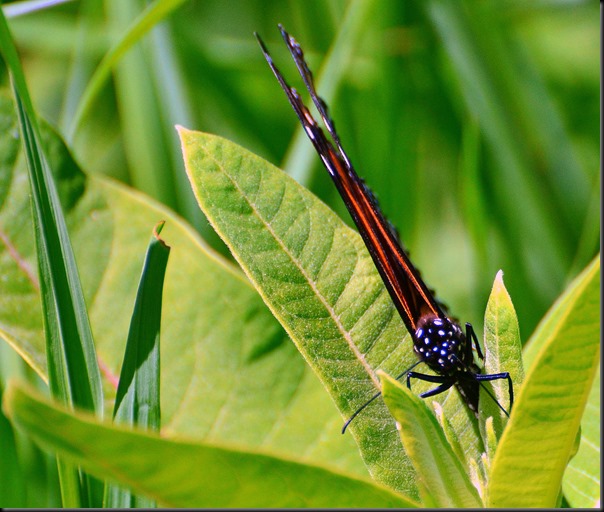 Had me a hankering for a burg and fries so we vectored ourselves through Exeter Ontario where we popped into McDonald's for an Angus burger and small fries to go.  Luckily we sat in the parking lot to eat it because it was hugely messy.  Good burg but it was way too big for us guys and by the time we were finished it felt like I had swallowed half a dozen iron canon balls.  I'm not a big eater anymore but I sometimes I forget that and my stomach gets in the way of my face.

SOME FIELDS HAD MORE THAN ONE TRACTOR WORKING IN THEM

NOT ALL THE FARM FELLAS WERE DRIVING BIG TRACTORES TODAY

We were back home by 1 o'clock and I was able to work a little bit on the patio block project until the hot sun drove me back into the house.  Outside again later when the project area was in shadow I finished laying the remaining blocks.  Of course with that now done I am thinking of extending the project around the corner of the deck and……..Awwww Geeezzzzzz!! 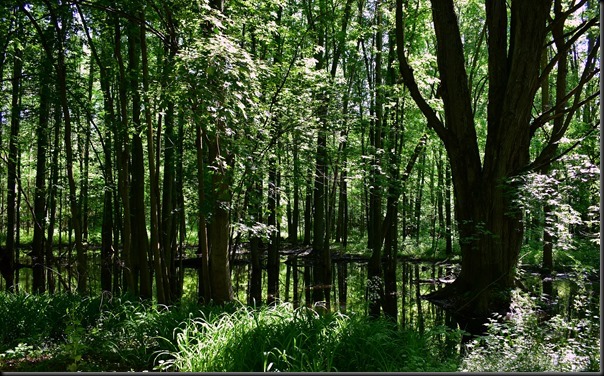 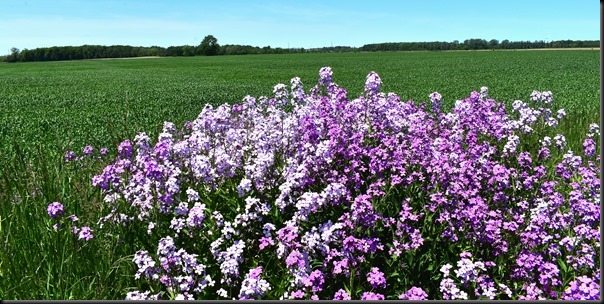 A SWEET SMELLING PATCH OF WILD PHLOX ALONGSIDE THE ROAD 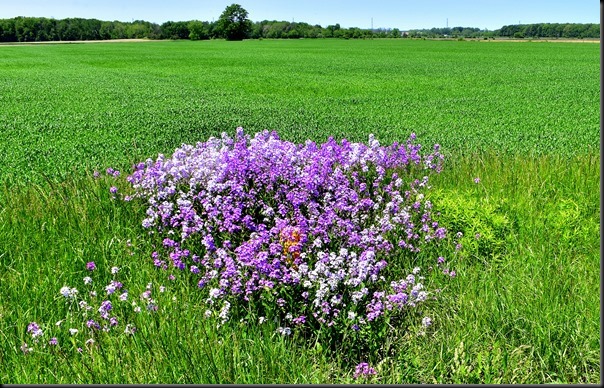 NOTICE THAT YELLOW THING IN THE PHLOX 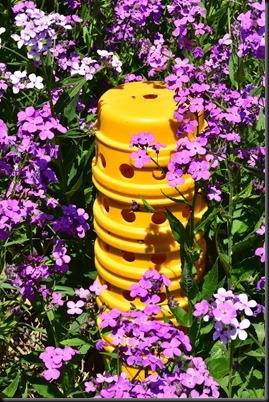 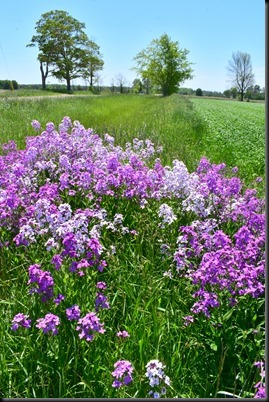 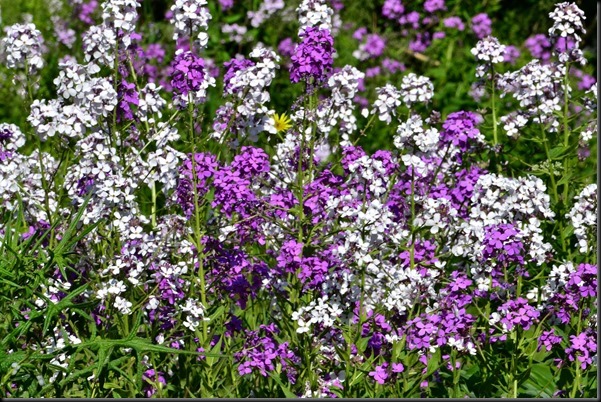 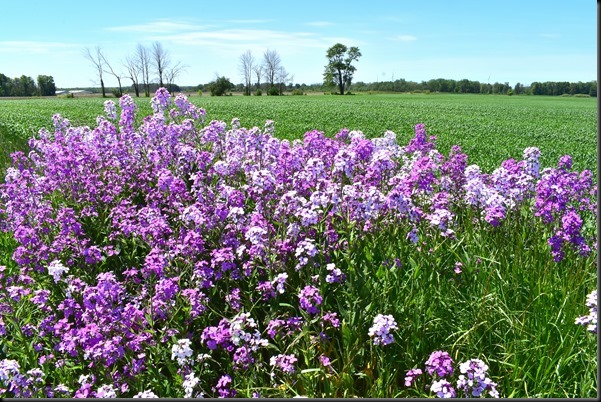 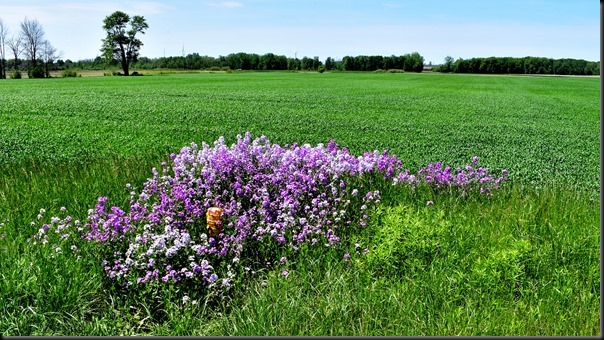 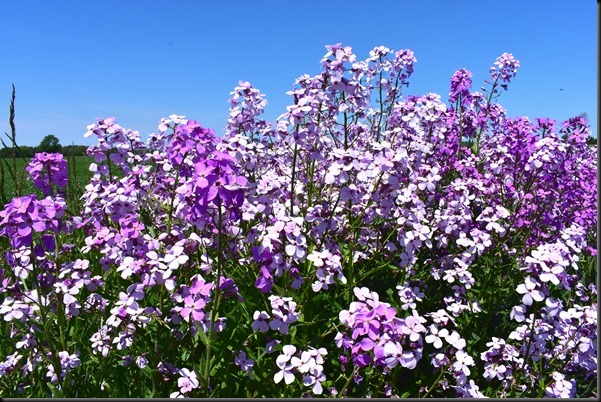 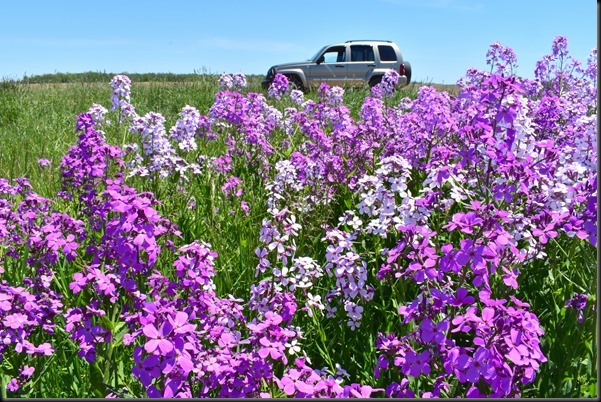 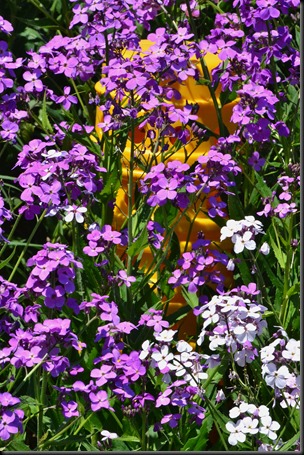 I have no idea why our Shout Mix box isn’t working.  Kelly suggested uninstalling it and re-installing it but I think I will wait until she is home to make sure that procedure is done right.  I don’t trust myself to get it right and I don’t want to screw stuff up here.  Oh and what did we have for supper tonight you ask.  Well Pheebs had her regular yummy dog food of course and I had……..’nothing”.  Felt like I still had those half dozen big iron Angus cannonballs rolling around in my stomach………….Maybe a little peanut butter and honey sandwich before I to to bed.  Whaddya think eh:)) 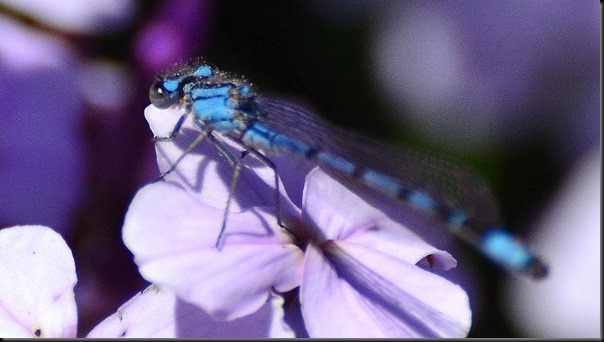 GROANER'S CORNER:((  A contestant on "Who Wants to be a Millionaire?" had reached the final plateau. If she answered the next question correctly, she would win $1,000,000. If she answered incorrectly, she would pocket only the 32,000 milestone money. And as she suspected it would be, the million-dollar question was no pushover. It was, "Which of the following species of birds does not build its own nest, but instead lays its eggs in the nests of other birds?  Is it A) the condor; B) the buzzard; C) the cuckoo; or D) the vulture?" The woman was on the spot. She did not know the answer. And she was doubly on the spot because she had used up her 50/50 Lifeline and her Audience Poll Lifeline. All that remained was her Phone-a-Friend! Lifeline. The woman hoped she would not have to use it because ... her friend was, well .. blonde. She had no alternative. She called her friend and gave her the question and the four choices. The blonde responded unhesitatingly: "That's easy. The answer is C: The cuckoo." The contestant had to make a decision and make it fast. She considered employing a reverse strategy and giving Regis any answer except the one that her friend had given her. And considering that her friend was a blonde, that would seem to be the logical thing to do. On the other hand - the blonde had responded with such confidence, such certitude, that the contestant could not help but be persuaded. I need an answer," said Regis.  Crossing her fingers, the contestant said, "C: The cuckoo." "Is that your final answer?" asked Regis. "Yes, that is my final answer." Two minutes later, Regis said, "That answer is ... absolutely correct! You are now a millionaire!"  Three days later, the contestant hosted a party for her family and friends including the blonde who had helped her win the million dollars. "Jenny, I just do not know how to thank you! ," said the contestant. "How did you happen to know the right answer?" "Oh, come on," said the blonde. "Everybody knows that cuckoos don't build nests. They live in clocks."

In the men's room at work, the boss placed a sign directly above the sink. It had a single word on it: "Think!" The next day, when he went to the men's room, he looked at the sign, and right below it, immediately above the soap dispenser, someone had carefully lettered another sign which read, "Thoap!"