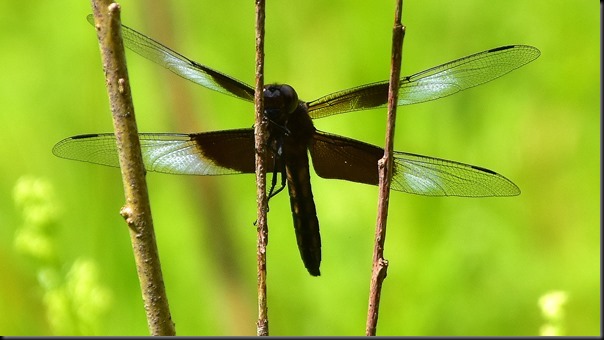 It was my turn to drive this morning and I had forgotten to check our radar site first thing so failed to notice the big green rain monster heading across the lake right for us.  There were already a few rain drops coming down when I backed the Jeep into Richard’s driveway to pick him up.  Didn’t want him making the 40 second walk from his place to our place in the rain.  We older fellers gotta watch out for one another you know:)) 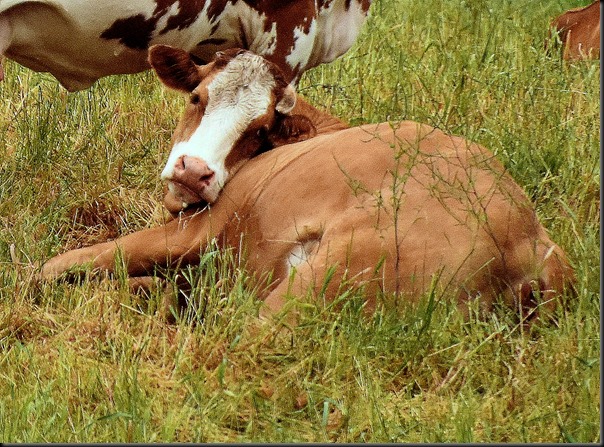 IF YOU LOOK CLOSELY YOU CAN SEE THE COW I ZOOMED IN ON FOR THE FIRST COW PICTURE….I TOOK THESE TWO PHOTOS A COUPLE DAYS AGO

With the downpour increasing I knew we wouldn’t be on any muddy country roads today.  Sticking to pavement for our two and half hour coffee tour we meandered around the Goderich area looking at this and that.  Both Richard and I have what you might call curious minds so it’s always enjoyable driving around looking at stuff with our many theories about why this and why not that.  We covered both sides of the Goderich harbor, the airport, where to get on the Maitland Trail near Dunlop’s tomb, the Meneset Mobile Home Park north of Goderich as well as another housing development at Huron Haven, etc.  Back through Goderich in a torrential downpour we made our way back to Bayfield touring around looking at all the big fancy schmancy houses going up.  Yes lots of comments, lots of opinions, lots of rational theories with maybe even an occasional irrational one thrown in.  Yes the whole nine yards so to speak.  Always an enjoyable time and I look forward to our twice monthly coffee tours.  Time well spent. 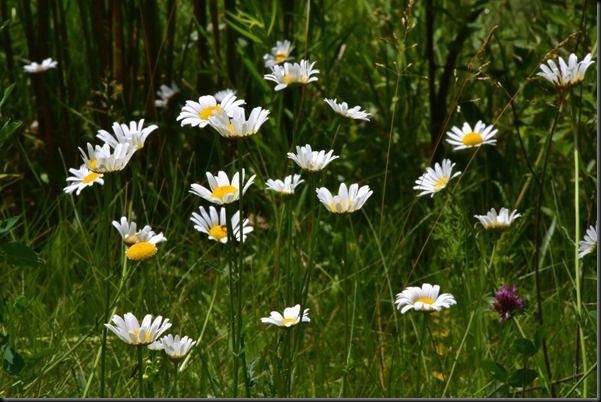 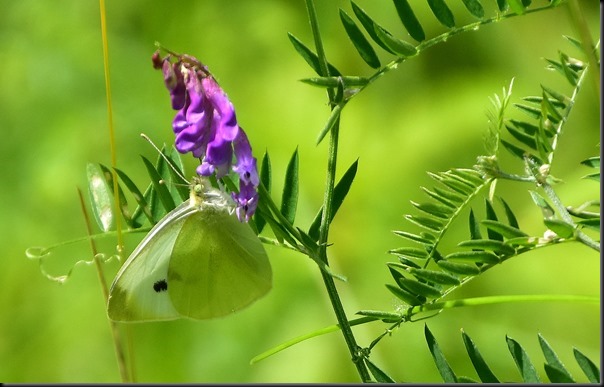 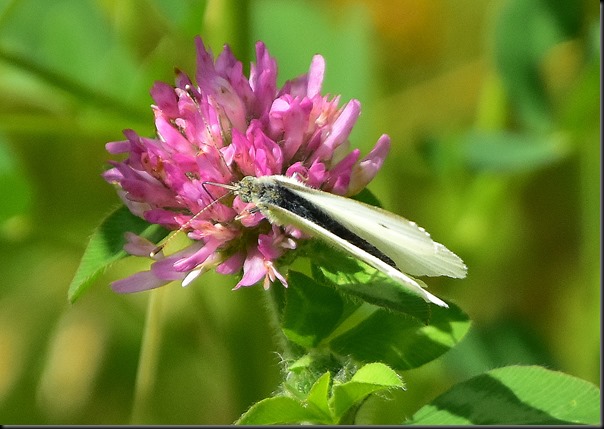 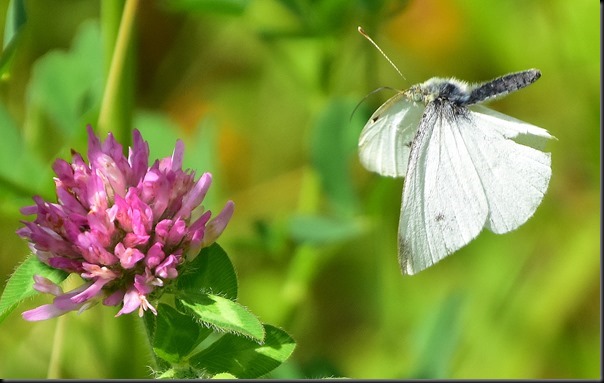 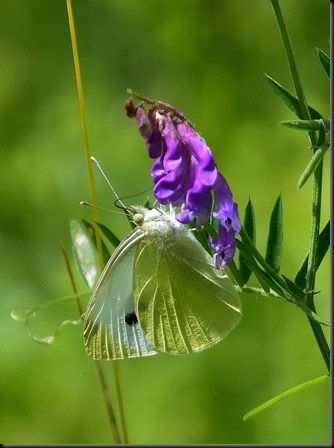 Only stop we made was at McDonalds for our drive-thru coffee  and this morning we were both a fine example of a couple muddled up old guys when I placed our order.  I thought Richard said he wanted a roasted T biscuit with lemon meringue strawberries on it or something.  I must have got the words peanut butter in there or something too because the girl in the voice box came back with something like ‘we don’t have peanut butter sandwiches.  Of course I am quickly conferring with Richard to confirm his order but by this time he has forgotten his own name and I’m staring blankly out the windshield wondering where we are.  It was a few more back and forths with the voice in the box lady and we somehow ended up with a Toasted T-biscuit with jam on it or something, 2 small coffee’s with cream and a carrot muffin.  Next time we go I’m gonna right everything down then hopefully read it off correctly.  Leaving the lady in the box in probably a bigger state of confusion than we were we rolled up to the payment window where the lady said five dollars and something.  I jokingly said to her, ‘could you tell you were dealing with a couple muddled Seniors’?  With a smile and a chuckle she said, ‘oh wait a minute’ as she echoed the word ‘Senior’ then re-entered and added up the new charge.  She said, ‘that will be $4.49 please.’  Aha, Seniors discount.  I’ll bet when she got home later today she was telling her husband and kids about the two old bewildered befuddlements that came through the drive-thru this morning. When we moved up to the next window to pick up our goodies the lady there seemed extra nice and she too had a knowing smile on her face as well.  With a set of earphones on I surmised she too may have heard and already knew about the two confused Senior guys fumbling their way along through the drive-thru.  Oh what a life it tis we lead eh.  And it ain’t gettin any easier either!! 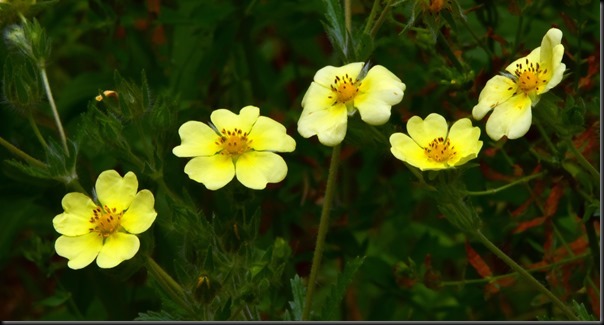 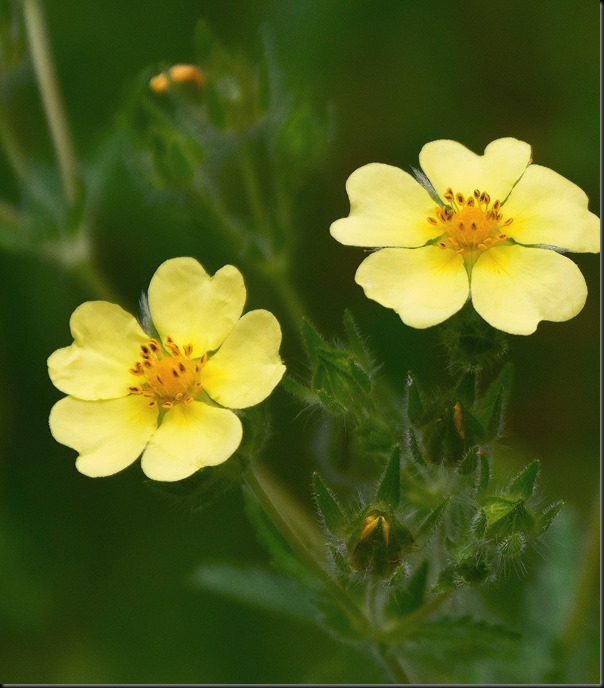 DID YOU NOTICE THE HAPPY LITTLE ORANGE PUMPKIN FACES IN THE CENTERS OF THESE FLOWERS?? 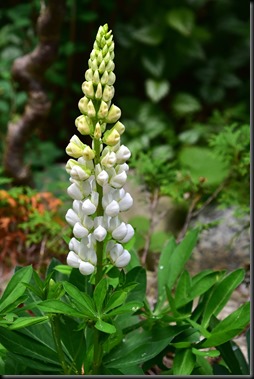 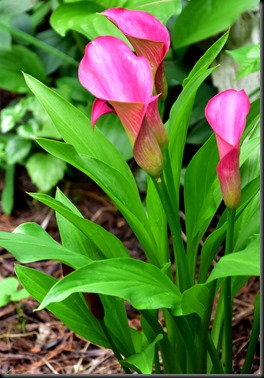 LUPINS AND CALLA LILIES IN OUR FRONT FLOWER BED 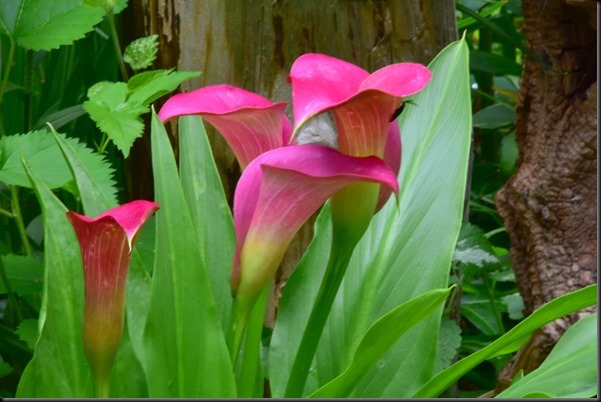 DID YOU NOTICE THE LITTLE BLACK BUG?? 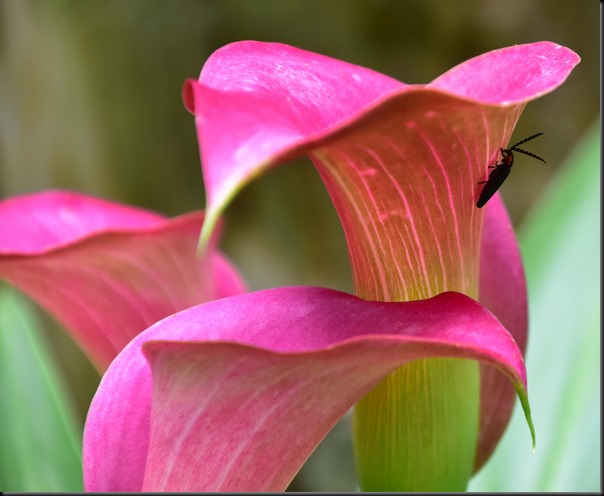 Five minutes after I dropped Richard off the Sun popped out and the rains were over.  Unfortunately humidity levels once again began to climb.  By the end of the day we were under another cloud cover with rain moving into the area.  It’s been crazy weather for sure. 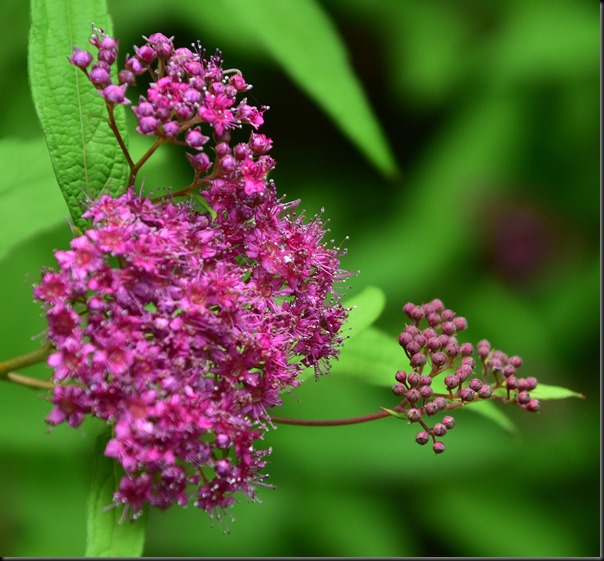 THIS PHOTO IS A GOOD EXAMPLE OF IF I HAD TAKEN MY TIME AND USED A STEADY TRI-POD AND ADJUSTED MY APERTURE AND SHUTTER SPEEDS ACCORDINGLY I COULD HAVE HAD EVERY TINY FLOWER SHARPLY IN FOCUS….GOTTA GET MYSELF SMARTENED UP A BIT HERE!! 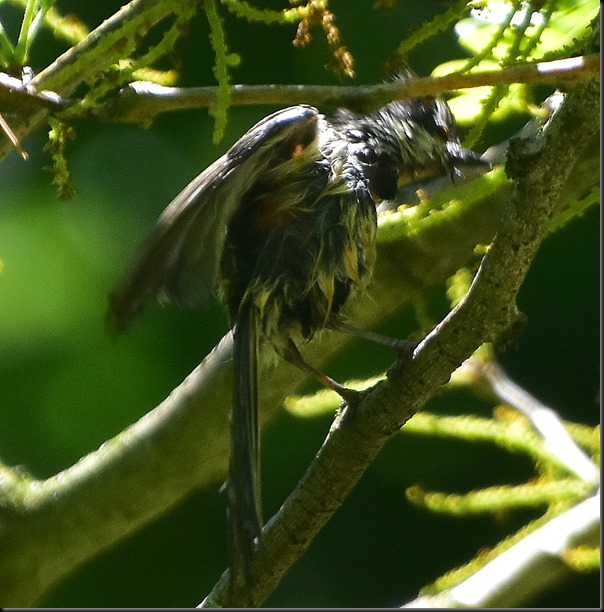 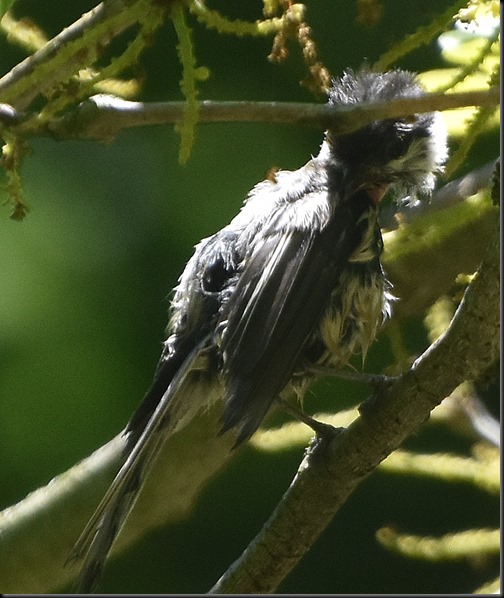 In a comment on my Thursday post the The Furry Gnome in part asked, 'Do you use a tripod very often for long distance pix?  And do I detect a hint of yellow in that wheat field.  Because I am basically an impatient lazy Sod it is very rare for me to use a tri-pod for my telephoto shots even knowing by using a steady tri-pod I could significantly improve the clarity of my photos.  Because I seem to always be on the move I don't lug my tri-pod with me.  I do carry it along in the Jeep though.  I have tried many times to get myself used to using a tri-pod but it's just one of those things I have not been able to make myself do.....yet.  FG also wondered about a touch of yellow in the wheat fields but the wheat heads are actually not quite as yellow as the photo shows.  I had a similar photo earlier in the week where I mentioned the wheat was not quite as yellow as the photo showed it.  Camera color sensors are not quite up to the quality of the human eye just yet but they are getting better all the time. 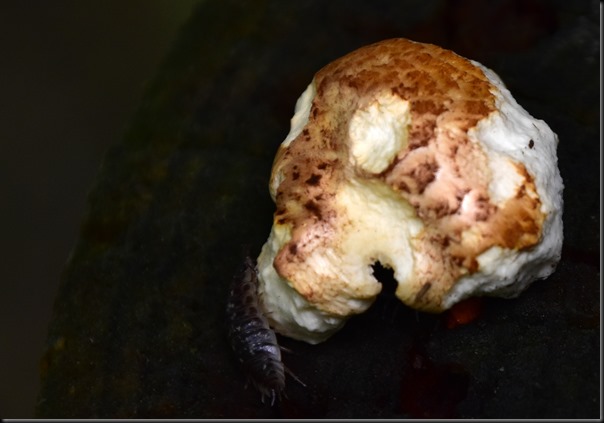 EEEE GADS COULD THIS BE AN OLD SKULL PHEEBS AND I FOUND TODAY COMPLETE WITH SOME KIND OF BEETLE BUG CRAWLING OUT FROM UNDERNEATH IT?? 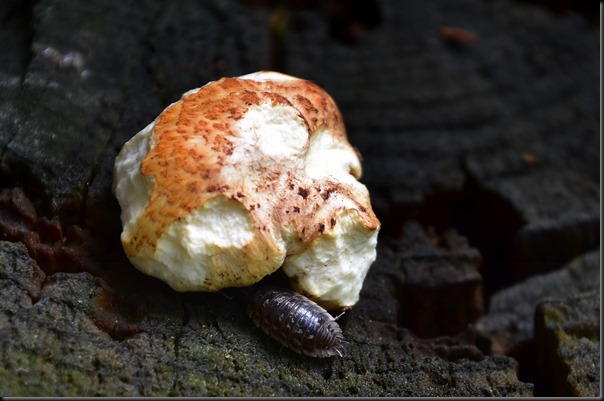 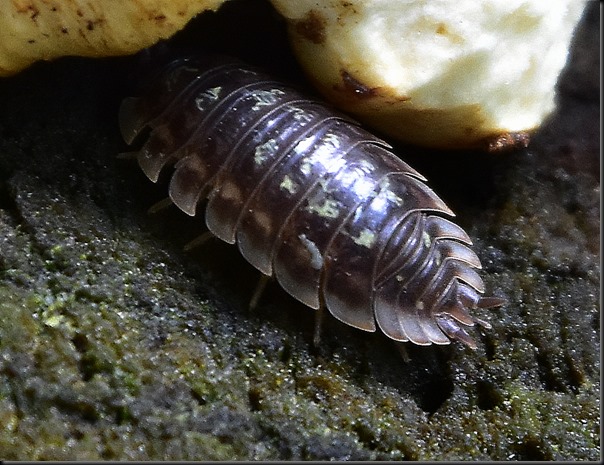 Earlier in the week some kind of Critter climbed our Sunburst Locust tree, shinnied down a thin line holding a plastic bird feeder and knocked the feeder off the hook and smashed it to the ground whereupon it ate all the birdseed.  I suspected a raccoon.  Two days later I found our suet feeder on the ground with the latch open and a whole block of suet gone.  Thursday night I set up a dummy bird feeder on the line and strategically placed my ‘Critter Cam’ nearby.  This morning looking out the window I saw the dummy bird feeder was still in place but quickly slipped out and retrieved my critter cam. Popped the SD card into the computer to see if I had caught anything and sure enough there it was, the mangy critter it’s very self!!!!!!! 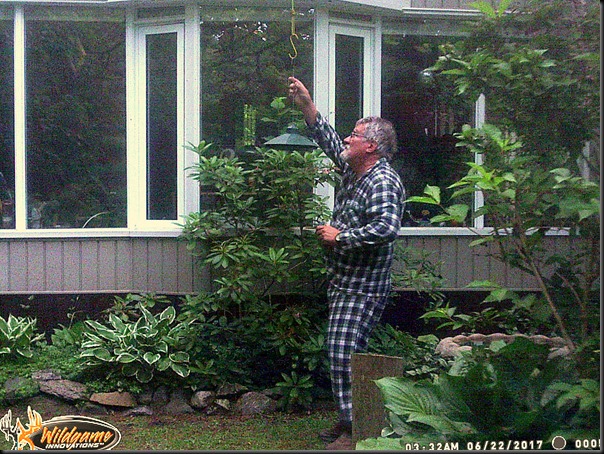 ‘AWWWWW NUTS’!!!! IT WAS ME IN MY PJ’S COMING OUT TO CHECK THE FAKE FEEDER AND  CAM THIS MORNING 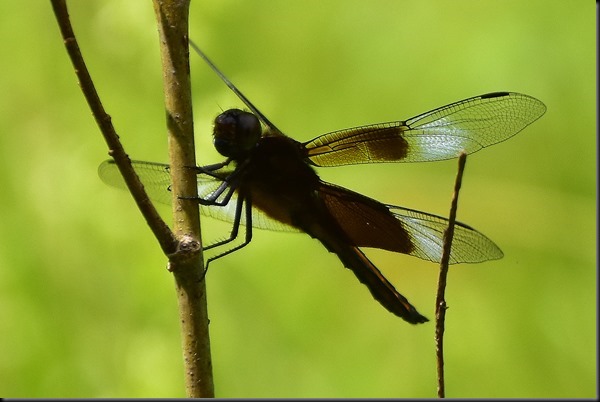 All of today’s photos were shot in my camera’s ‘Program Mode’ and not on Automatic.  Some day’s the camera knows best and some days Al knows best so we are both learning how to work with each other for the best results.  ‘Automatic’ is where the camera decides the colors, aperture and density settings and ‘Program Mode’ is where Al decides those factors. 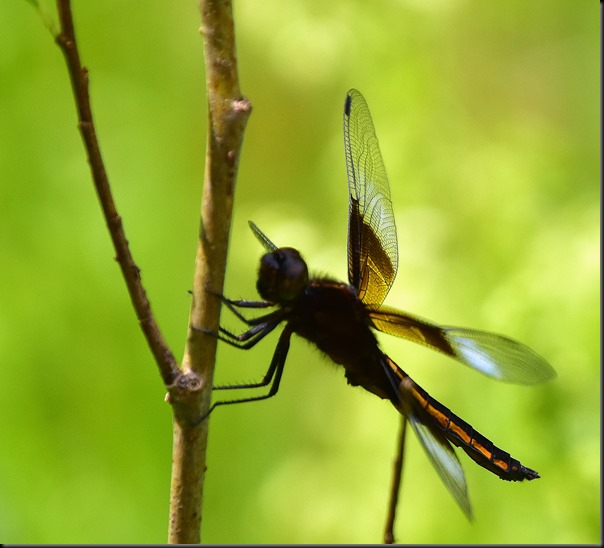 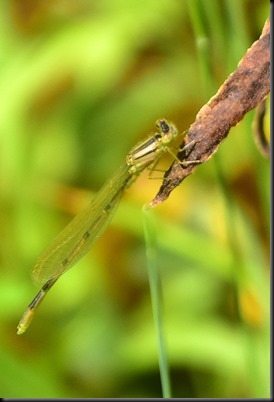 GROANER’S CORNER:((  There were some backwoods hillbillies living across the river from each other, who feuded constantly. John hated Clarence with a passion and never passed up a chance to throw rocks across the river at Clarence. This went on for years until one day the Corps of Engineers came to build a bridge across that river. John was elated; he told his wife that finally he was going to get the chance to cross over and whip Clarence.  He left the house and returned in a matter of minutes. His wife asked what was wrong, didn't he intend to go over the bridge and whip Clarence? He replied that he never had really seen Clarence up close and didn't realize his size until he started over the bridge and saw the sign: "CLEARANCE 8 FT 3 IN"

I hit a frog, and my car was toadaled.

A preacher, newly called to a small country town, needed to mail a letter. Passing a young boy on the street, the pastor asked where he could find the post office.  After getting his answer, the minister thanked the boy and said, “If you’ll come to the community church this evening, you can hear me tell everyone how to get to heaven.”“I don’t know, sir,” the boy replied. “You don’t even know how to get to the post office!”