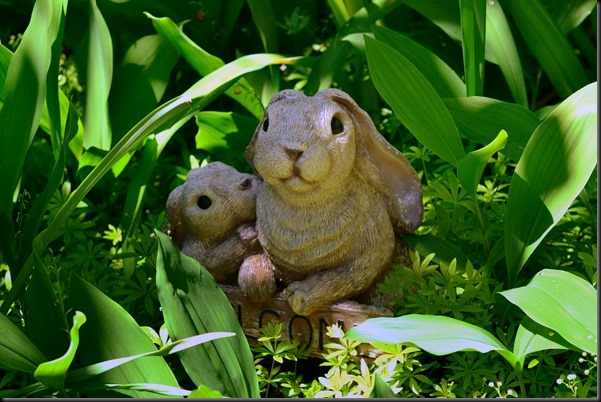 It was Richard’s turn to drive this morning as we headed out not knowing where we were going on another one of our manic magpie country road coffee tours.  With coffee and banana muffins in hand our travels led us over to the area in and around the Hullett Marsh whereupon we got ourselves out for a walk in the Marsh.  Another beautiful sunny morning here in Southwestern Ontario’s Huron County. 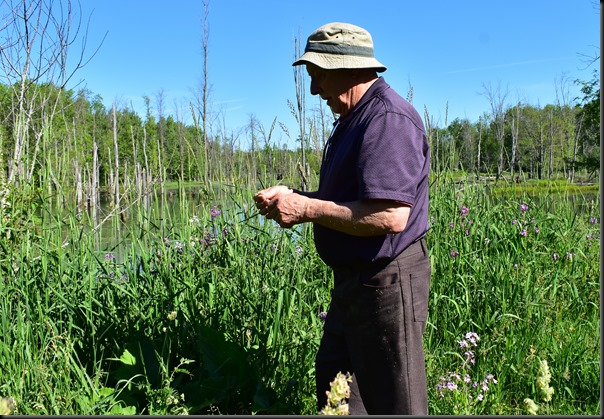 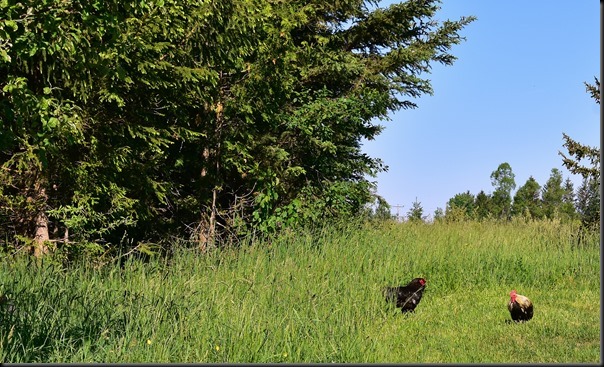 ONLY WILDLIFE SPOTTED THIS MORNING BESIDES OURSELVES WERE THESE TWO CHICKENS 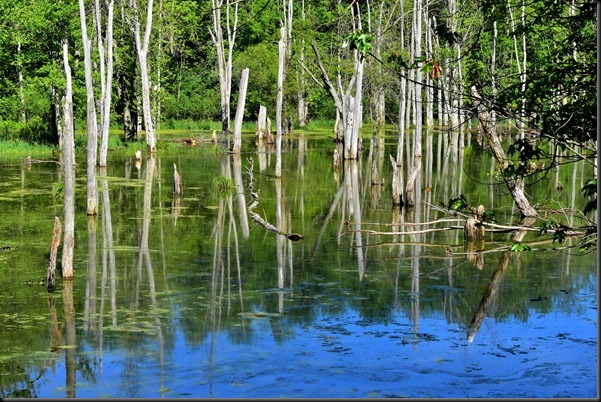 CAN YOU SEE THE LARGE ‘WOOD PYTHON’ SLITHERING THROUGH THE WATER TOWARDS US?? 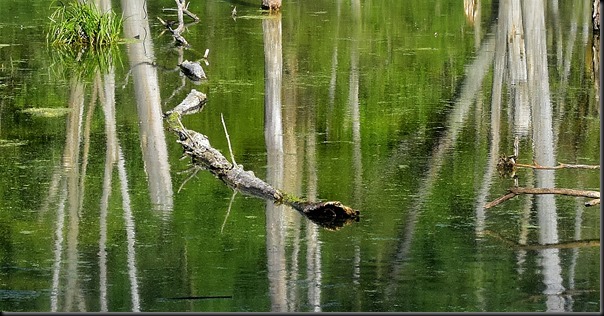 NOW REMEMBER, I SAID IT WAS A ‘WOOD’ PYTHON RIGHT:)) IT IS EASY TO SEE WHY IT IS CALLED A MARSH 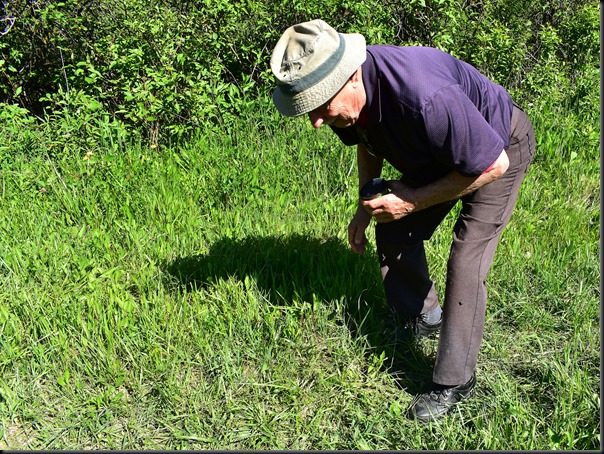 HERE RICHARD IS ON THE TRAIL OF AN ELUSIVE DRAGONFLY

Guess I should have saved some of Wednesday’s photos for today’s post then I wouldn’t be short of photos tonight but I have this habit of trying to keep my blog as current as possible.  If I take a photo or write something today I feel I need to get it into today’s post and not tomorrow’s post.  Having an interest in news reporting years ago I had a few months of basic journalism training way back in about 1969 and I think my daily blogging habit now is based on a few things I may have taken away from that short period of time.  To write about something that happened yesterday or a week from yesterday seems to hold no interest for me for the most part.  If I can think about something today then it is today I must write about.  Same bit of juggled reasoning seems to apply to my taking of photos as well.  My thoughts and photos interest me today but maybe not so much tomorrow.  So for me today it is and always seems to be………. 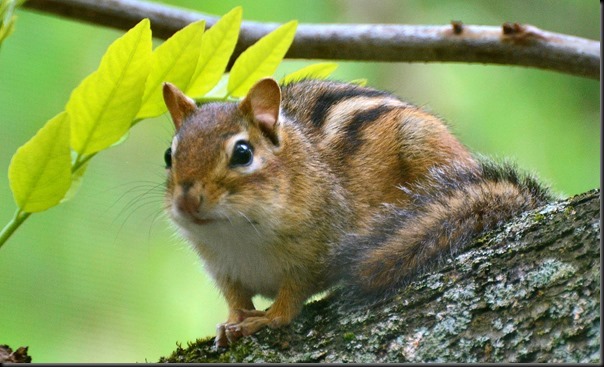 Silly me has allowed myself to be dragged back into televisions coverage of the political firestorm raging south of the border once again.  Started out occasionally checking the headlines at the top of the hour and now here I am sitting and listening to all the ‘talking heads’ again.  I find all that stuff way to upsetting and would be far better served watching old black and white ‘Ozzie and Harriet’ episodes.  I will have to concentrate harder on keeping myself away from all that political news stuff again.   Just cannot believe the absolute and sheer madness still going on in our much treasured ‘second home’ away from home south of the border!! 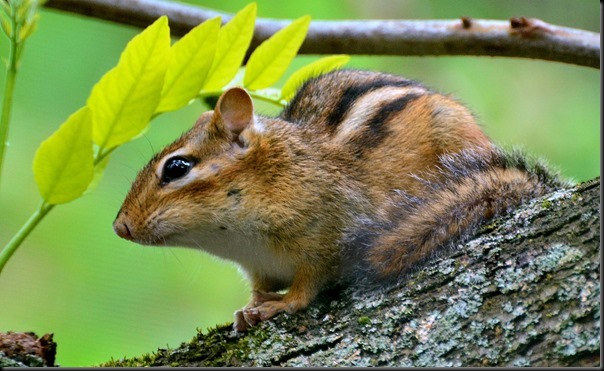 Growing weary from all the cooking I have doing lately I decided to take Pheebs out for lunch today so off we headed into Bayfield.  We were both feeling the need for a 6” Tuna Sub so headed directly to the Subway Sandwich shop.  I never even made it through the front door.  In fact had I checked my watch before leaving the house we would never have left the house in the first place.  It was noon and as soon as I opened Subways door I knew in a flash the mistake I had made.  There must have been about 642 people in there lined up at the counter.  I instantly reversed my course of direction and reversed myself back to the Jeep.  We were home 5 minutes later whereupon I whooped us up a 3 egg cheese, onion, and ham omelet which of course was just as good as any old Tuna Sub anyway.  And cheaper too:)) 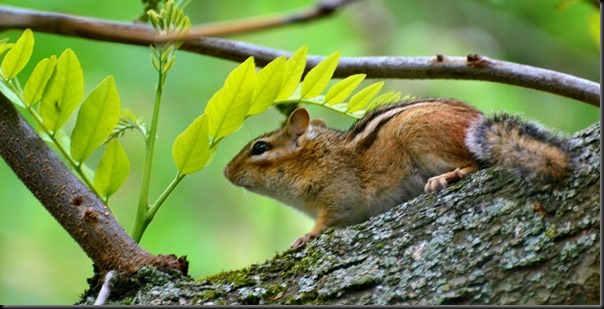 No exact word yet when Kelly is coming home but I do suspect it could very well be sometime over the next few days.  Pressure has been on for her to stay longer which is understandable seeing’s how she only gets to Spencerport NY once or twice a year to see her family.  I think Pheebs and I can hold out for a few more days.  Lots of peanut butter and honey left.  In fact I think I will go slather me up one right now. 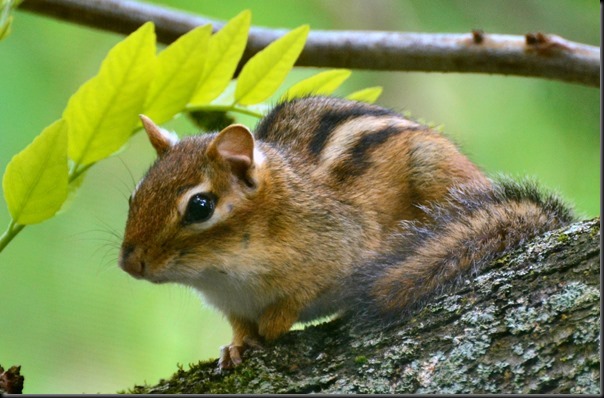 GROANER’S CORNER:(( Bob was sitting at the table one morning, reading the paper after breakfast. He came across an article about a beautiful actress who was about to marry a football player known for his lack of IQ. He turned to his wife and said, "I'll never understand why the biggest jerks get the most attractive wives." She replied, "Why, thank you, Dear!"

My aunt gave me a walkie-talkie for my birthday. She says if I'm good, she'll give me the other one next year.