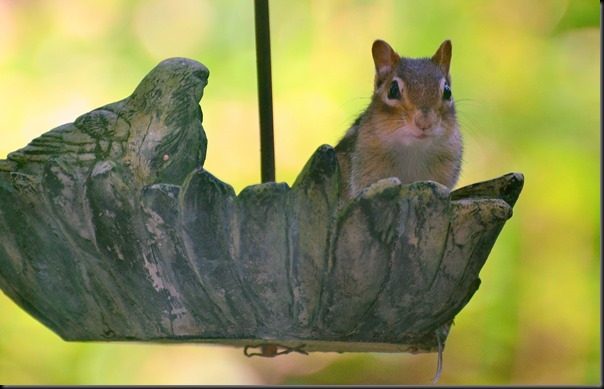 A bit cool but another bright sunny day.  Pheebs and I walked our morning pine tree trail and I did a little more maintenance along the way.  We later hooked up the utility trailer and hauled some yard waste down to the Park’s recycling area.  On the way back I stopped and picked up a couple buckets of sand to fill in the patio stone cracks.  Did a bunch of weed whacking and that was about it for us guys.  I did find my 3 short videos from Wednesday but haven’t been able to figure out how to insert them into my blog.  Does anyone know of an easy way to do that?? 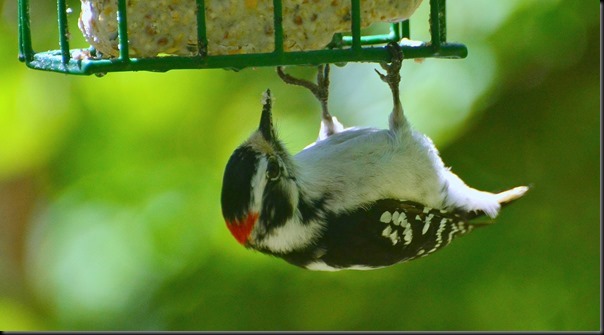 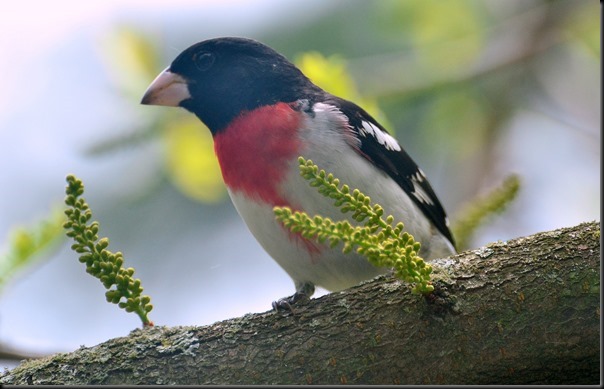 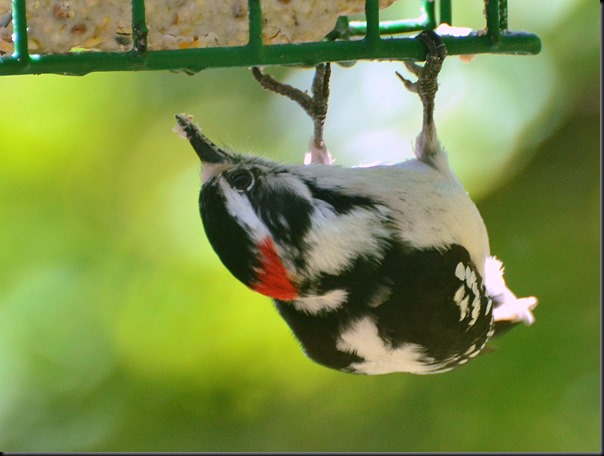 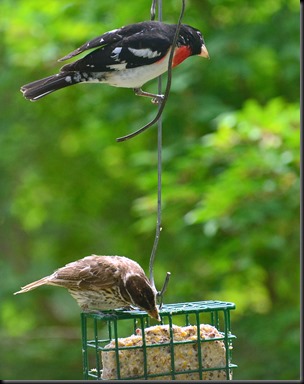 Maybe it was the mild winter coupled with all the rain these past few months that has had something to do with our Spring growing season.  I have never seen our front yard fill in as nicely as it has this year or look as good.  I have always aimed at having a jungle like setting here with lots of greenery and by golly that is just about what we have now.  Contrast that with our Arizona house in Congress when we had it where we could step out the door and see mountains on the horizon and clear night skies above.  It is those two contrasts that is the big deal for me every year.  Approximately every 6 months our environment completely changes and I absolutely love that and find it probably one of the top reasons I so love the Snow Birding RV lifestyle.  We are not stuck in the same place for 12 months of the year and with our 11th RVing year coming up I’ll be so happy to head for the great American Southwest again with it’s wide open spaces, endless scenery, mountains all around and crystal clear nights with brilliant diamond like stars from horizon to horizon. 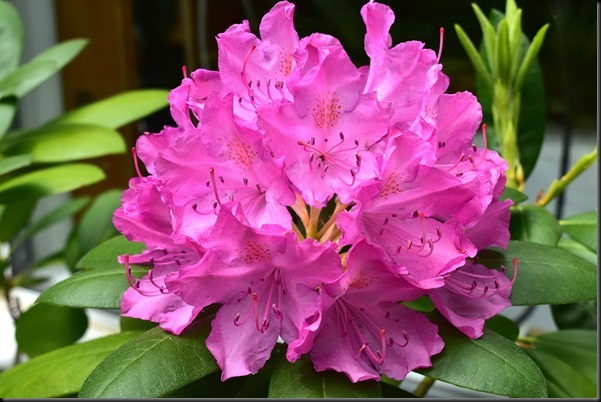 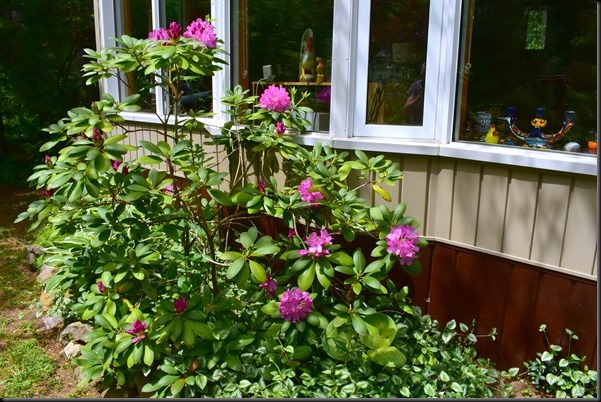 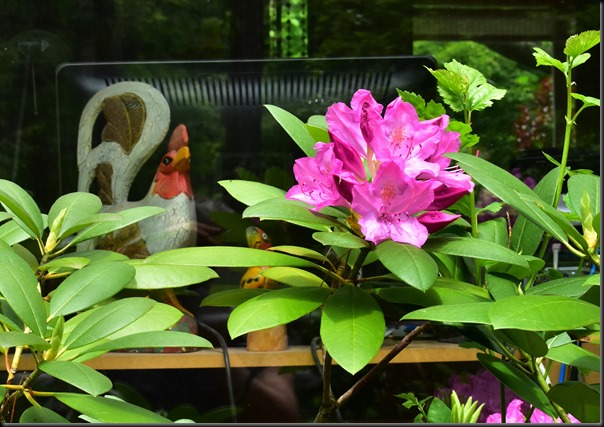 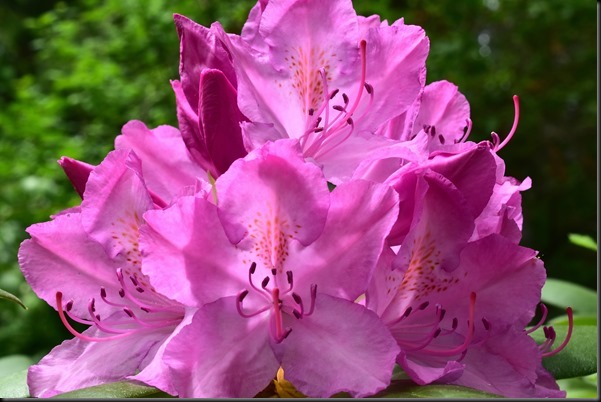 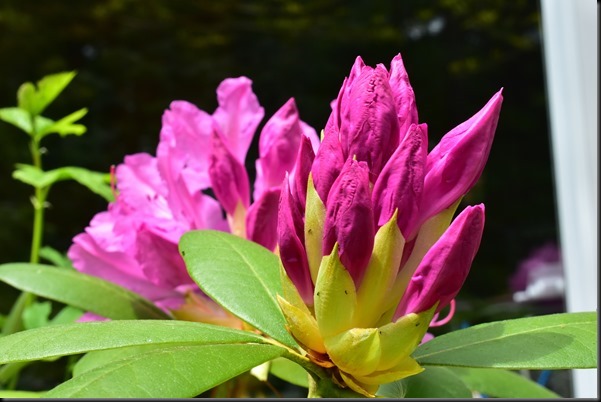 SOME BLOOMS ARE FULL OUT WHILE OTHERS ARE JUST OPENING 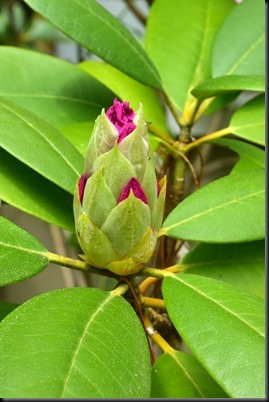 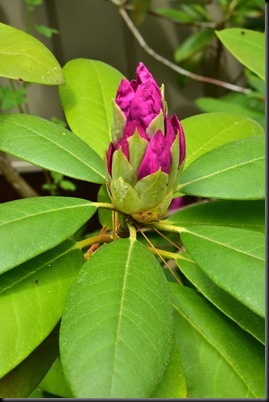 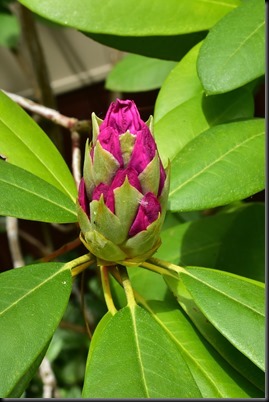 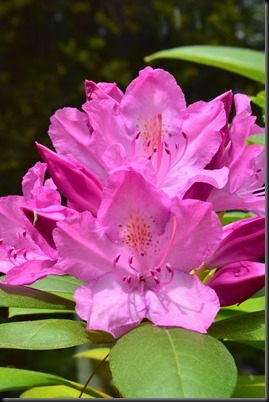 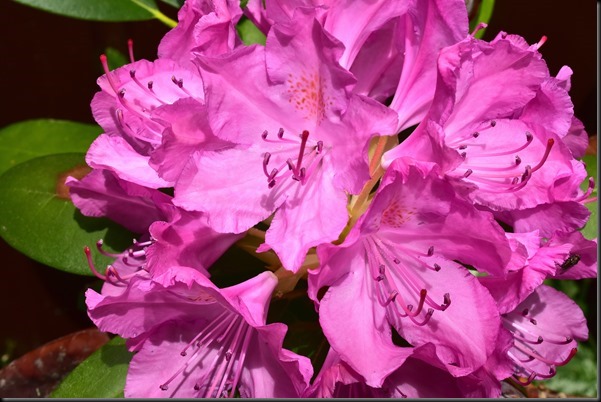 After writing the above paragraph earlier this afternoon I had myself so revved up I went out and spent a little time in the Motorhome with some tunes on while cleaning up and re-organizing things a tad.  We sure lucked out when Kelly spotted this 2002 Triple E Class A Motorhome for sale on-line a few years ago.  It had been so well maintained and looked after it was like the day it came out of the factory.  It was a one owner and the fella we bought it from was at the time a 757 pilot for FedEx Express.  He has since retired.  A very meticulous fellow he did a lot of his own maintenance and upgrades to the coach and we are now happy he did all that. 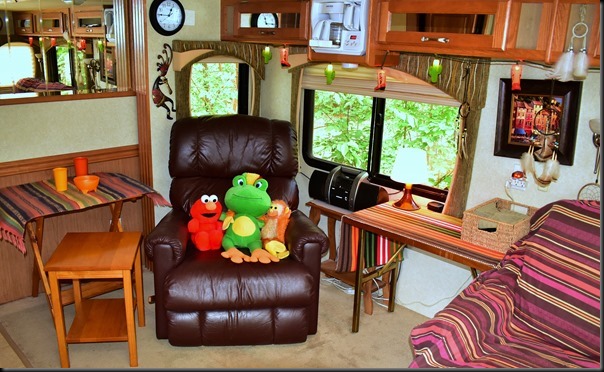 THAT’S MY CORNER OVER THERE AND THIS IS OUR BASIC SET UP WHETHER STOPPED FOR ONE NIGHT, ONE WEEK, OR ONE MONTH
For supper tonight it was cream corn with a handful of ham chunks thrown in.  Followed that with a big bowl of shredded wheat.  I tell ya folks we’re living the life of Riley here:)) 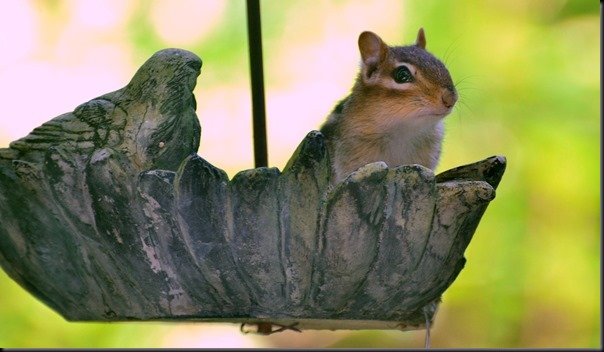 GROANER’S CORNER:(( Three friends decided to go hunting together. One was a lawyer, one a doctor, and the other a preacher. As they were walking, along came a big buck. The three of them shot at the same time and the buck dropped immediately. The hunting party rushed to see how big it actually was. Upon reaching the fallen deer, they found out that it was dead but had only one bullet hole.A debate followed concerning whose buck it was. When a game warden came by, he offered to help. A few moments later, he had the answer.He said with much confidence, "The pastor shot the buck!" The friends were amazed that he could determine that so quickly and with so little examination. The game warden just smiled. "It was easy to figure out. The bullet went in one ear and out the other."
-----------------------
“Vikings were expert mariners - you can lead a Norse to water, but you can't make him sink.”
----------------------
An explorer walked into a clearing and was surprised to see a pigmy standing beside a huge dead elephant. "Did you kill that?" he asked. The pigmy answered: "Yes". "How could a little bloke like you kill something as huge as that?" "I killed it with my club" replied the pigmy. "That's amazing," said the explorer. "How big is your club?" The pigmy replied: "There's about 150 of us"
Posted by Al Bossence at 6/01/2017