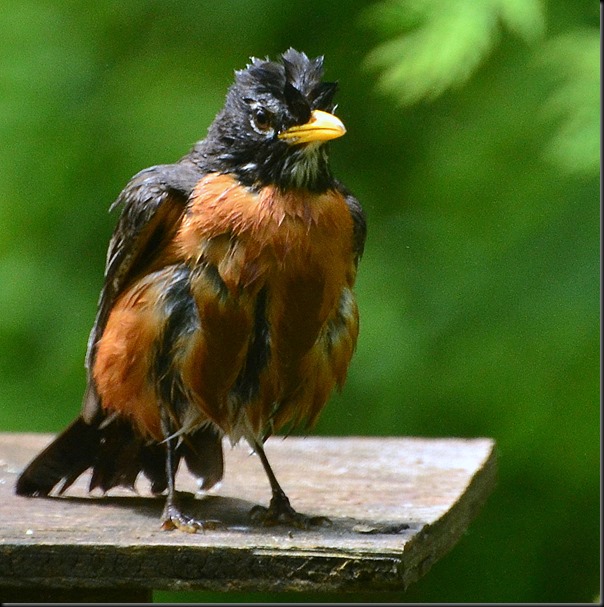 Noticed Pheebe’s dog food was getting low so it was off to Goderich for another bag.  Guess I been eating a little more than my share these past couple weeks.  Took a swing down around the north harbor to see if anything was going on with the work barges.  Saw the name ‘Scow’ on one of them which means, ‘a flat-bottomed boat with sloping ends used as a lighter and in dredging and other harbor services’.  So it could be they are going to dredge the harbor. 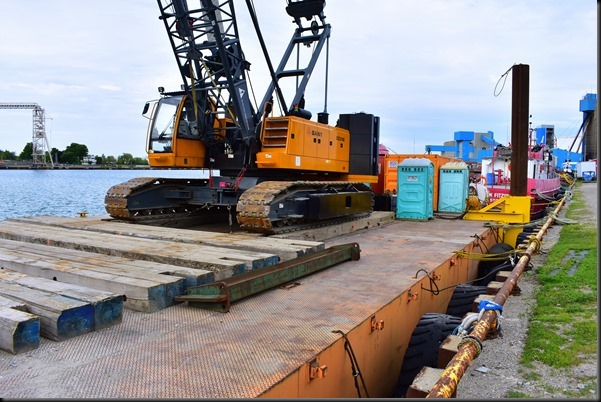 I GUESS MY QUESTION IS, HOW DO THEY GET THOSE HEAVY EQUIPMENT MACHINES ON AND OFF THE BARGE WITHOUT SOMETHING OR SOMEONE FALLING OFF? 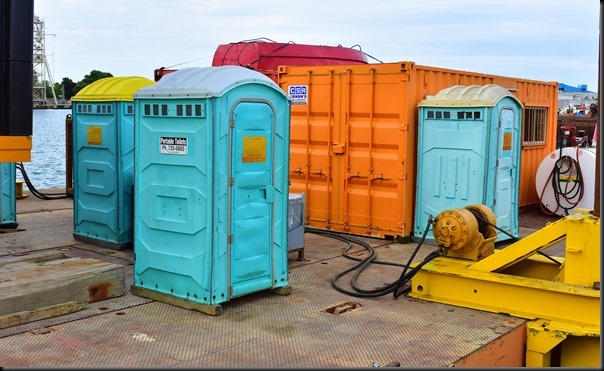 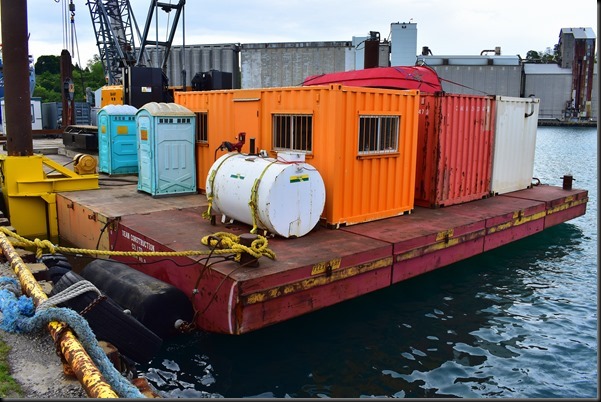 NOTICED BARS ON THE WINDOWS OF THAT ORANGE SHED 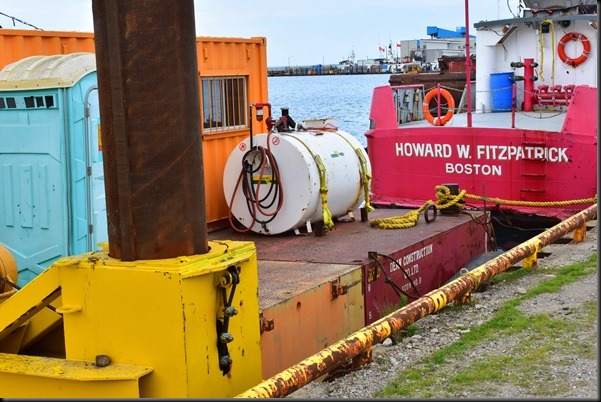 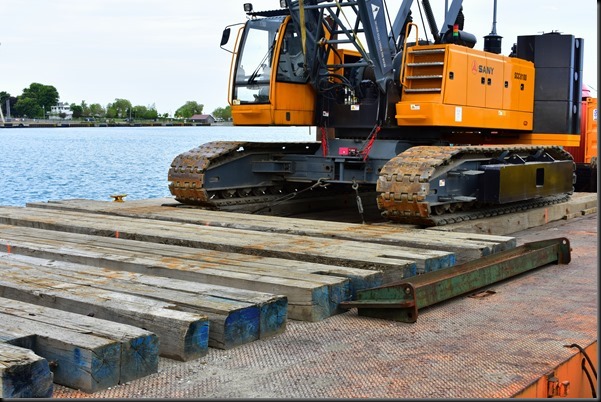 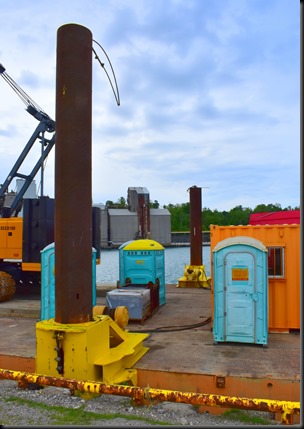 Cloudy skies early on with a slight drizzle but we did manage a walk on a ‘new to us’ trail at Goderich’s eastern limits.  Hope to return to that trail later on and see where it goes.  We were home about 10:30 and that was about it for our day.  A couple bun-less hot dogs for lunch and for supper it was turkey with all the fixins including dressing.  The second of two Hungry-Man dinners I bought last week.  Looks like the Boss will be home sometime Saturday or Sunday and I know she will make me start to eat good stuff again.  Oh well at least I had a couple weeks doing it my way. 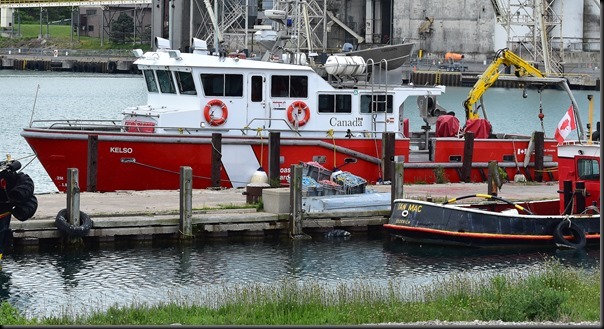 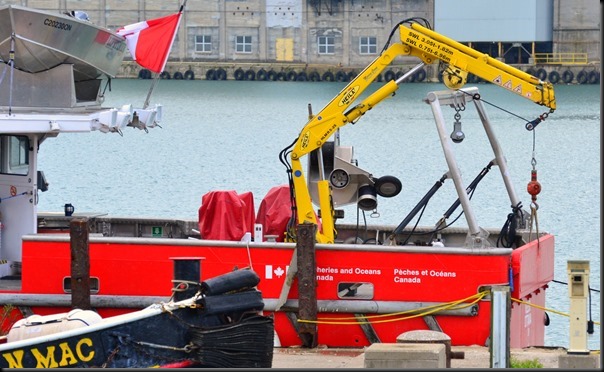 SOME SPECIALIZED EQUIPMENT AT THE STERN

The Shout Box Kelly had installed earlier in the week had problems so she took it out again.  When she gets home she’ll have a look at a different one.  And speaking of Kelly, she phoned late this afternoon saying she will be home tomorrow (Saturday) shortly after noon sometime.  Yea team now me and Pheebs can start eating good stuff again:))))))))))))))))) 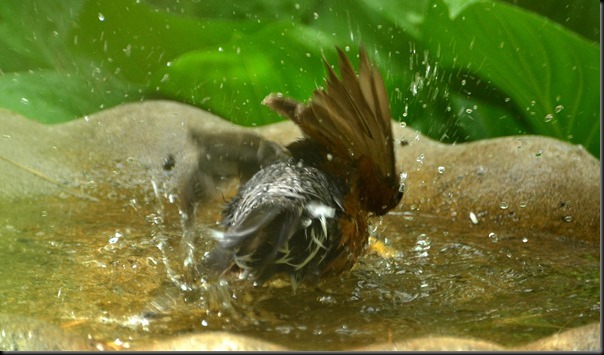 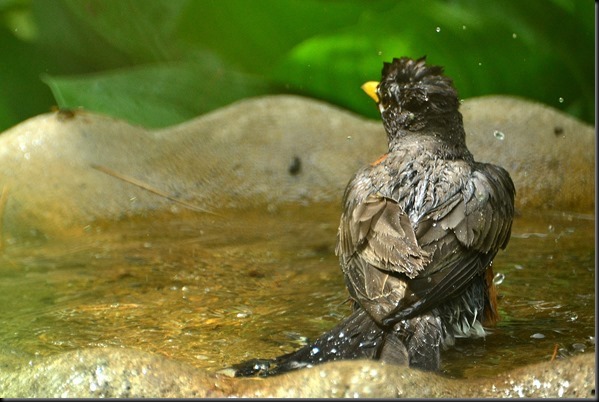 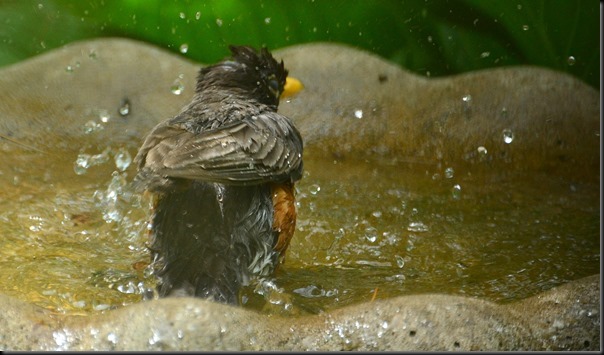 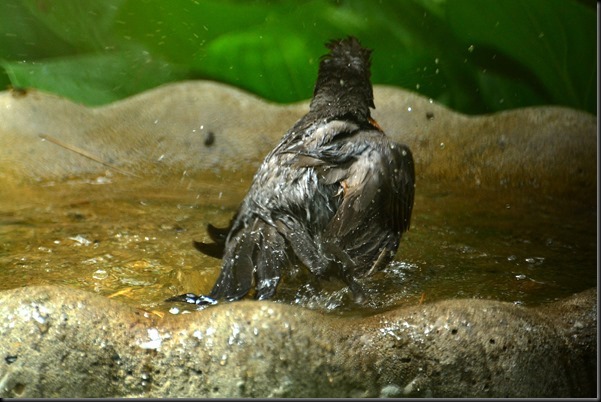 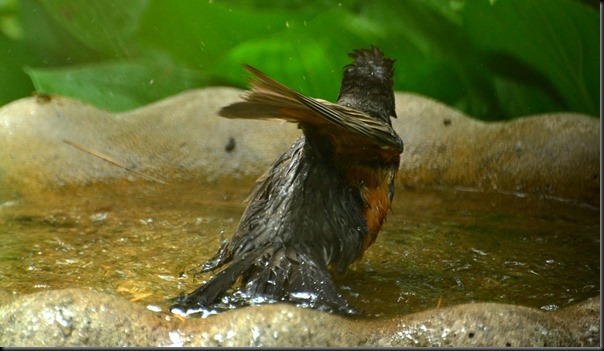 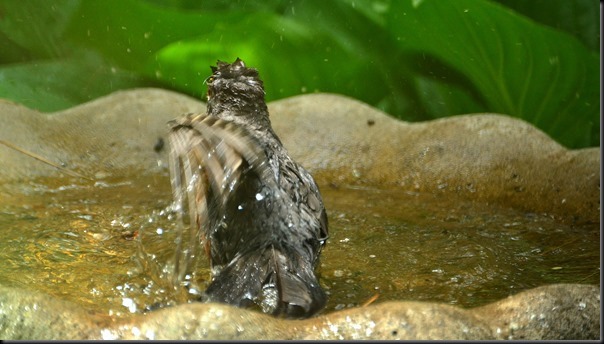 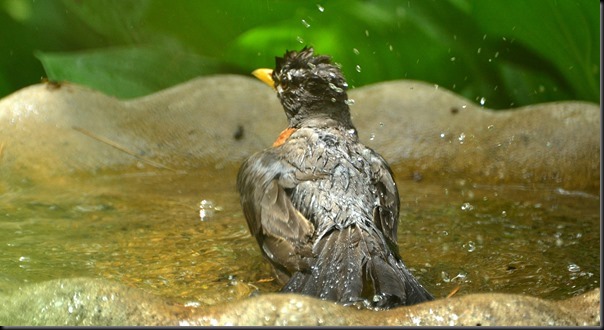 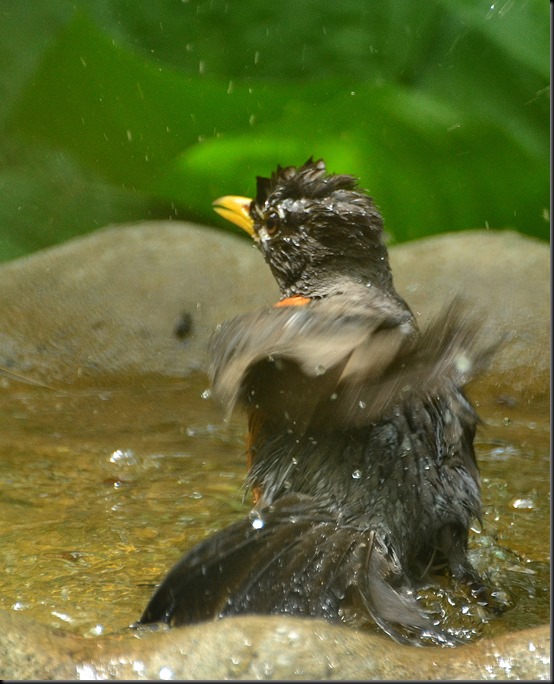 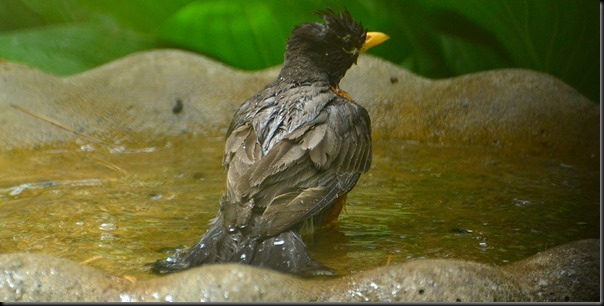 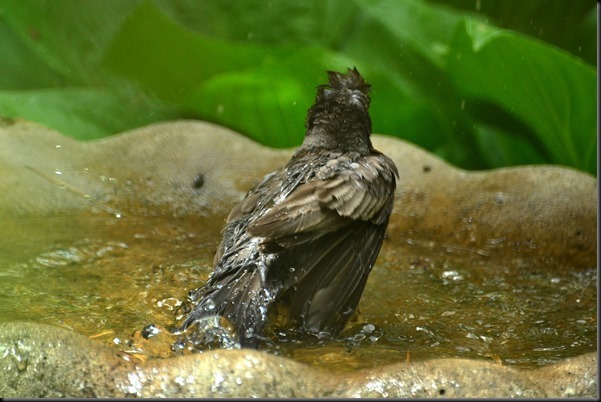 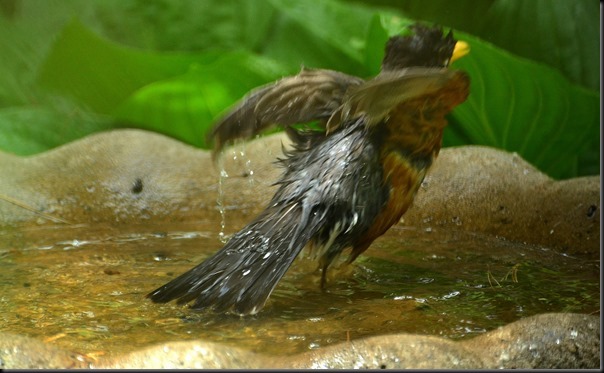 ALL DONE AND HEADED FOR HOME

GROANER’S CORNER:(( A woman from New York was getting her affairs in order. She prepared her will and made her final arrangements. As part of these arrangements she met with her pastor to talk about what type of funeral service she wanted, etc.  She told her pastor she had two final requests. First, she wanted to be cremated, and second, she wanted her ashes scattered over Bloomingdale's.  'Bloomingdale's!' the pastor said. 'Why Bloomingdale's?'  'That way, I know my daughters will visit me twice a week.'

“The gunslinger woke up in the drunk tank, locked and loaded.”

Q: What is the definition of an accountant?
A: Someone who solves a problem, you didn't know you had, in a way you don't understand.