FROM A BALD EAGLE TO AN INDIGO BUNTING TO ‘OH-NO’ NOT ANOTHER SELFIE……………. 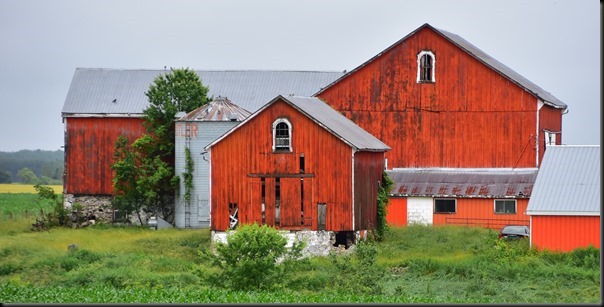 Rain poured down like gang busters for most of the night and we woke up to an advisory of local flooding and for people to stay away from area creeks and rivers.  Some of our shrubs were bent over almost to the ground and a few flowers were flattened. 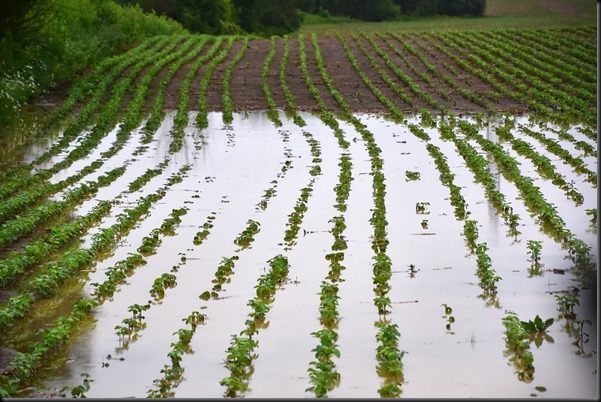 WATER IN A BEAN FIELD 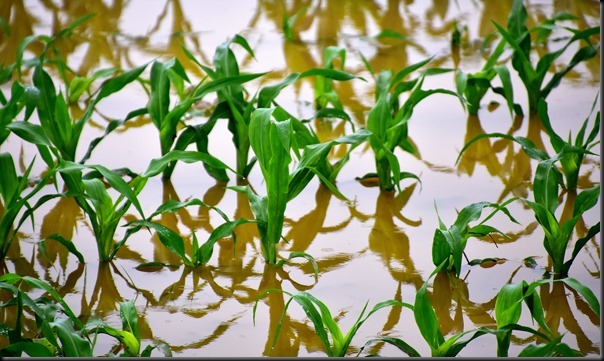 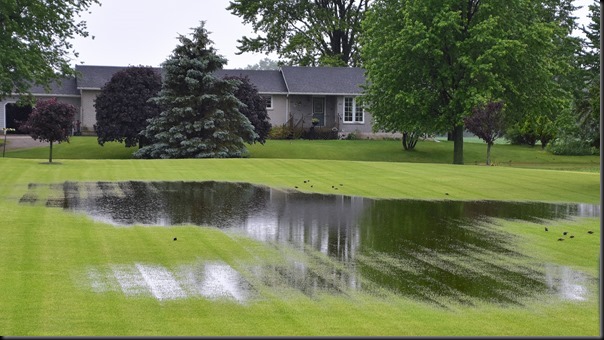 It was still raining when Pheebs and I headed off to Goderich to pick up a few things and see what we could see.  Still raining when we reached Rotary Coves dog walking area so we just had to jump out and quickly run around the Jeep 10 times deftly dodging the day’s raindrops. 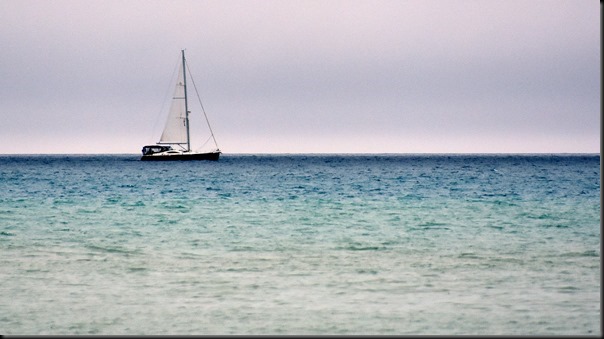 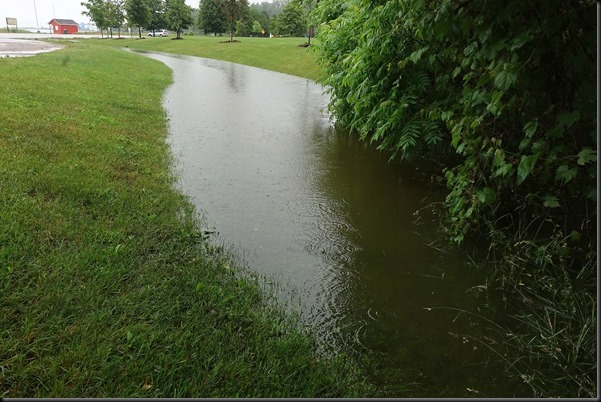 NEAR THE DOGGY WALKING AREA IN ROTARY COVE 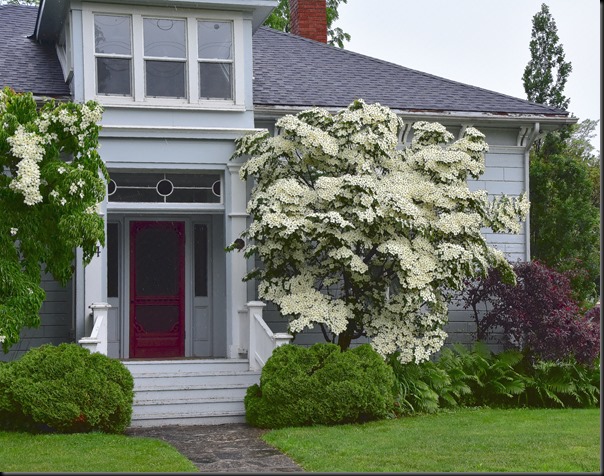 THIS FLOWERING TREE CAUGHT MY EYE IN GODERICH THIS MORNING 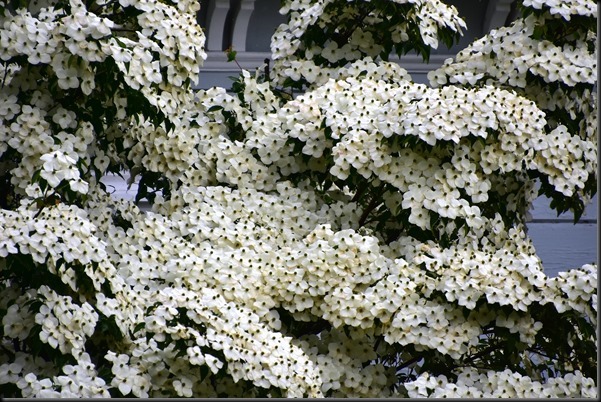 I saw water lying in ditches and fields where I have never seen water before and a couple small creeks we crossed over were definitely fast flowing and in some places nearly over their banks.  To the northeast of us two townships have declared an emergency after streets were flooded.  Areas over around Kitchener like West Montrose have been particularly hard hit by the heavy overnight rains.  Harriston Ontario as well. 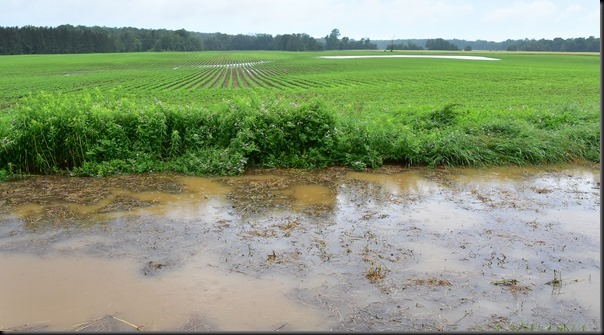 On the way home later rolling southward along Porter Hill Line we passed Kelly going the other way heading north to Goderich.  We’re a family on the move alright.  Pheebs and I were home about 10:30 and two hours later the Sun started periodically popping out from a thinning cloud cover. Kelly was home shortly after 1 p.m. 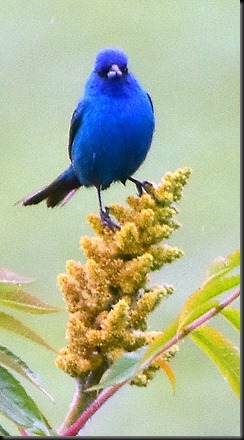 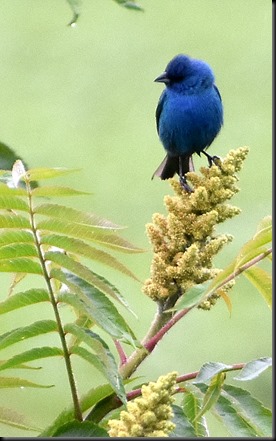 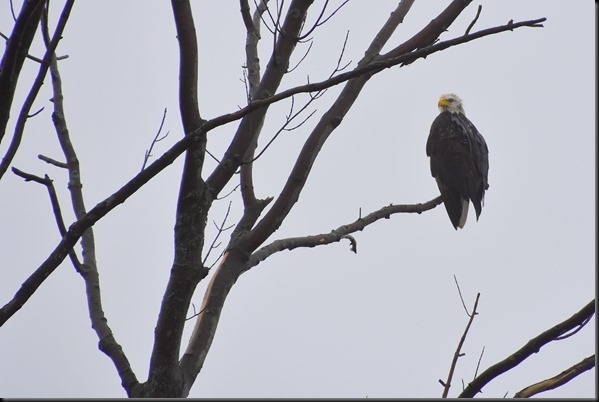 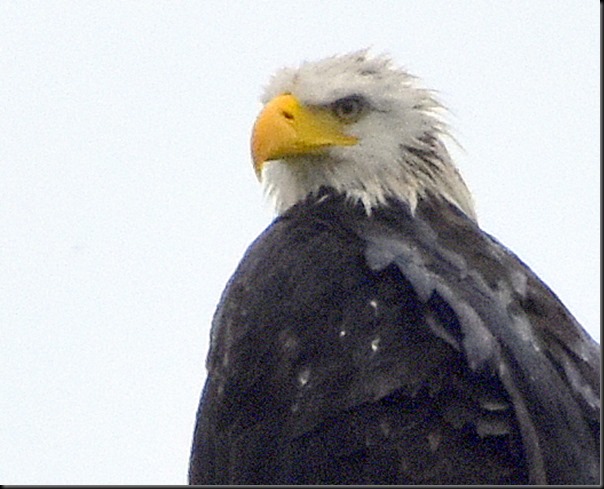 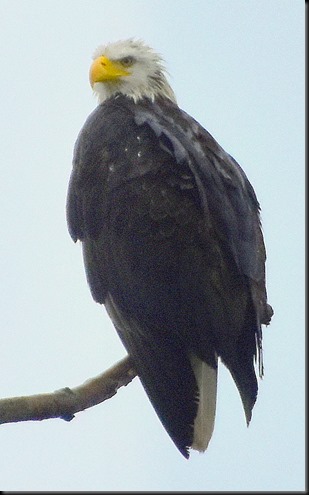 Cleaned the pond pump and planted some pond flowers as well as a few more Cosmos in the front flowerbed this afternoon.  With everything growing so rapidly well I also had some shrub and tree trimming to do.  By 2 p.m. the miserable humidity was such that I had to retreat to the sanctity of the house and my cooling fans.  Threw my sticky old self into the shower and called it a day.  Thankfully our temperatures dropped into the mid 60’s before the day was over. 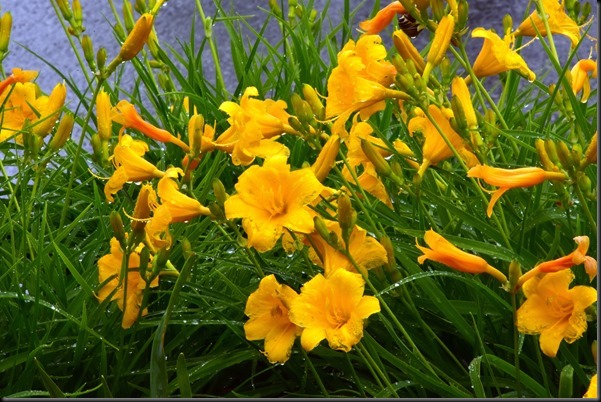 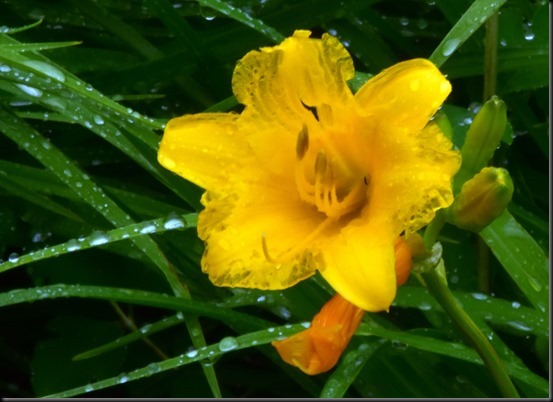 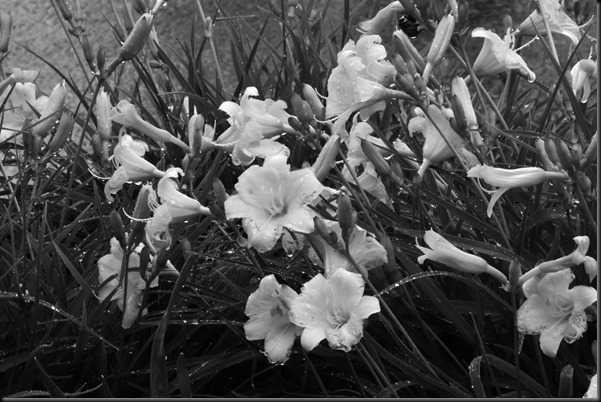 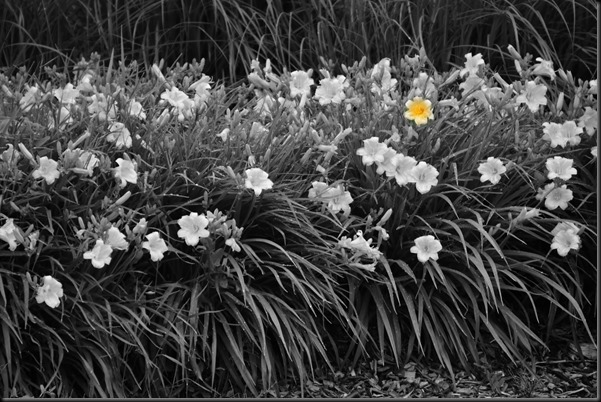 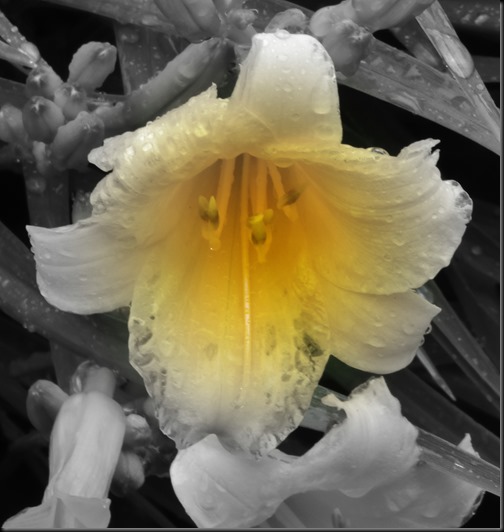 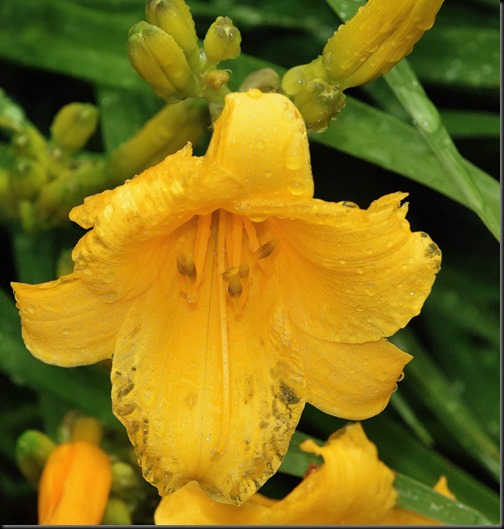 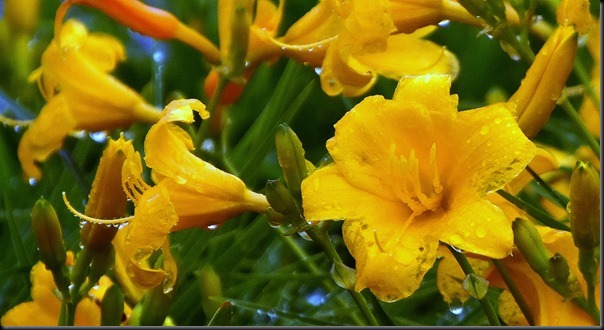 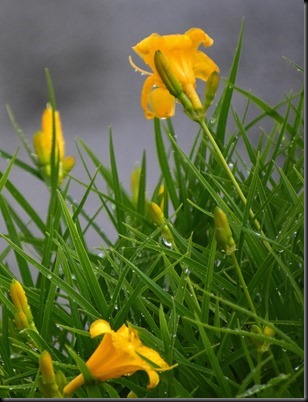 Strawberries are in season here so for dessert tonight it was strawberry shortcake with whipped cream.  Both of us picked up bananas in Goderich today so we have an abundance of bananas at the moment.  While putting my post together tonight  I took a break and slipped out to the kitchen and whupped myself up a strawberry banana shake with milk and touch of cinnamon.  Some things in life just kind of end up being a little bit more special than others……………… 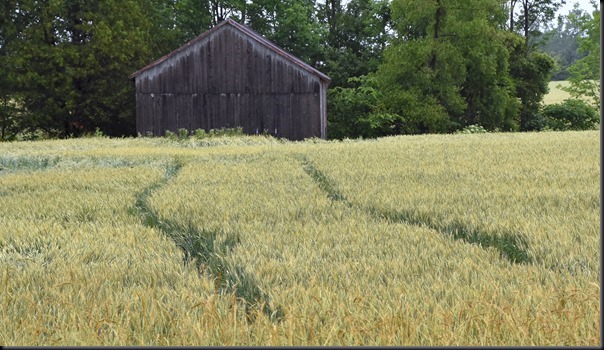 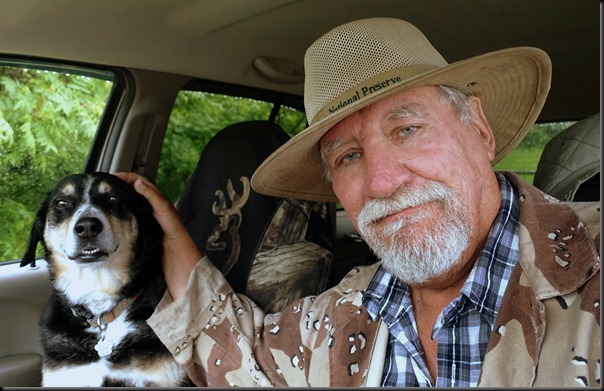 - There was a man who said, "I never knew what happiness was until I got married...and then it was too late!"
- Love is one long sweet dream, and marriage is the alarm clock.
- They say when a man holds a woman's hand before marriage, it is love; after marriage, it is self-defense.
- When a newly married man looks happy, we know why. But when a ten-year married man looks happy, we wonder why.
- A gentleman is one who never swears at his wife while ladies are present.
- A husband is living proof that a wife can take a joke.
- Marriage is like a mousetrap. Those on the outside are trying to get in. Those on the inside are trying to get out.
- Marriage is the process of finding out what kind of man your wife would have preferred.

One day, a blonde's neighbor goes over to her house, sees the blonde crying, and asks her what happened. The blonde said that her mother had passed away.  The neighbor made her some coffee and calmed her down a little and then left.  The next day the neighbor went back over to the house and found the blonde crying again.  She asked her why she was crying this time.  The blonde said, "I just got off of the phone with my sister. Her mother died too!"

Knock Knock
Who's there?
Weirdo!
Weirdo who?
Weirdo you think you're going!