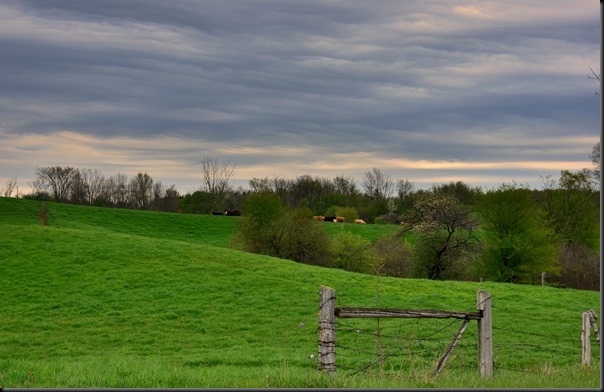 With a gentle rain overhead Kelly headed off to London’s University Hospital for her Abdominal ultra-scan early this morning.  Not letting a few rain sprinkles keep us indoors Pheebs and I headed off to Goderich.  McDonalds, a sweep down around the harbor, a stop at Walmart for a few things then over to Canadian Tire to buy a potted Spirea plant for one of the back yard flower beds.  We were back home by 9:30.  Around11 the rain stopped and skies began to brighten.  I was in my chair reading around 1 o’clock when a sun splash came beaming down through our skylight and landed right on me.  Closed up my Kindle and out the door I went.  A couple hours later I had two thirds of our front porch power washed, a bunch of windows cleaned, and a small load of pine needles out of our eaves. Even managed to whack a few weeds at neighbor Monica’s house until my whacker’s battery ran out of juice.  It’s amazing what a little sunshine and warmer air can do for a feller.  Kelly finally made it home from London about 4:30 and we ended the day under sunny skies and warming temperatures.  Wednesday is forecast to hit 75F.  Think I’ll fly off to the Moon tonight and be back by morning:))

THERE WILL BE NO WORK IN THESE MUDDY FIELDS TODAY

A note in our Shout Box today from Jake and Anne in Winkler Manitoba had me scurrying back through my blog’s Archives to October 6th 2014.  That afternoon we had a tour of the Triple E manufacturing plant in Winkler Manitoba where our 2002 Triple E Motorhome was built.  This is my post for that day, Great Factory Tour.  Earlier in the morning of that day we met Jake and Anne who left the comment in our Shout Box today complete with a link to Triple E’s founding back in 1965.  Triple E Founder Phil Ens To Receive Order Of Manitoba.  Even tells how the company’s name ‘Triple E’ came about.  Jake worked for Triple E back in the early 70’s. 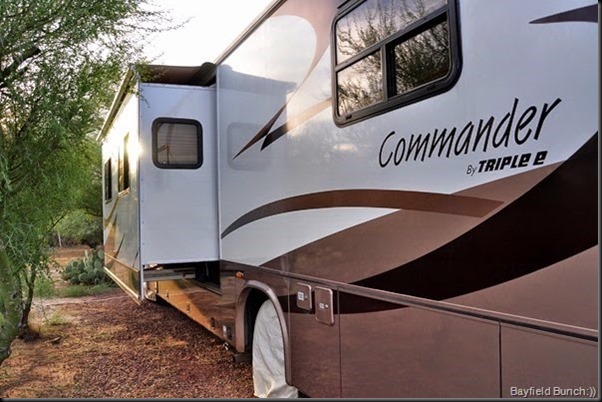 YEP WE SURE LOVE OUR 37’ TRIPLE E COMMANDER ALRIGHT:)) 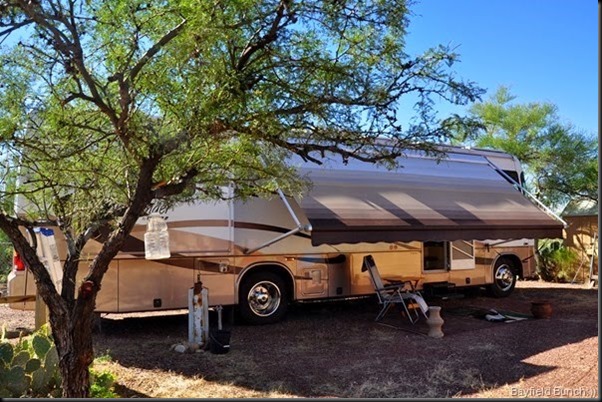 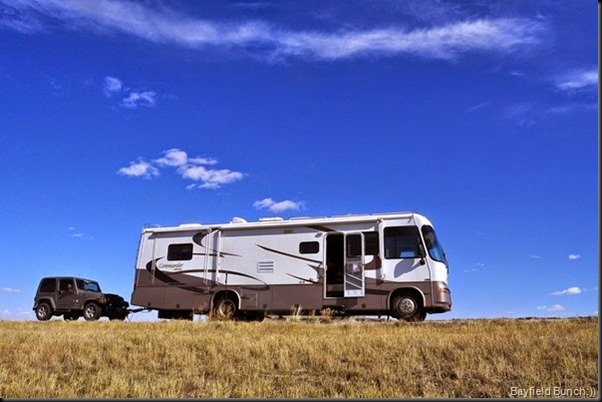 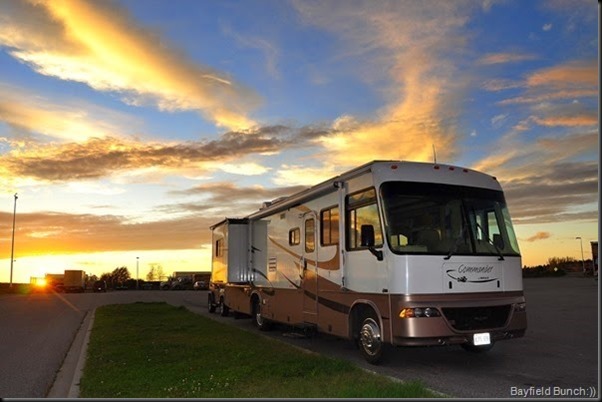 AN OVERNIGHTER IN DRYDEN ONTARIO 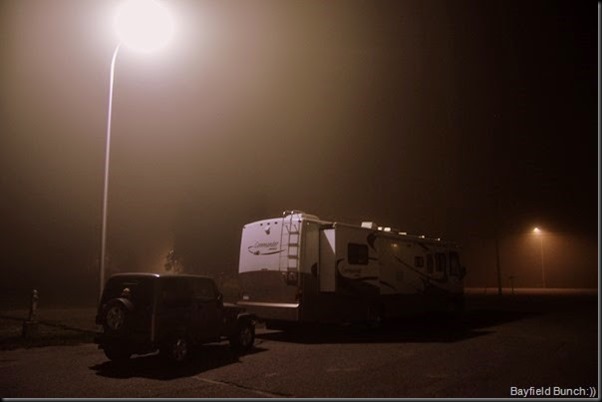 GROANER’S CORNER:((  Two missionaries in Africa get apprehended by a tribe of very hostile cannibals who put them in a large pot of water. They build a huge fire under it, and leave them there. A few minutes later, one of the missionaries starts to laugh uncontrollably.
The other missionary can't believe it. He says, "What's wrong with you? We're being boiled alive! They're gonna eat us! What could possibly be funny at a time like this?"  The other missionary says, "I just peed in the soup!"

Noah: "Raindrops Keep Falling on My Head"
Adam and Eve: "Strangers in Paradise"
Lazarus: "The Second Time Around"
Esther: "I Feel Pretty"
Job: "I've Got a Right to Sing the Blues"
Moses: "The Wanderer"
Jezebel: "The Lady is a Tramp"
Samson: "Hair"Salome: "I Could Have Danced All Night"
Daniel: "The Lion Sleeps Tonight"
Esau: "Born To Be Wild"
Shadrach, Meshach, and Abednego: "Great Balls of Fire!"
The Three Kings: "When You Wish Upon a Star"
Jonah: "Got a Whale of a Tale"
Elijah: "Up, Up, and Away"
Methuselah: "Stayin' Alive"
Nebuchadnezzar: "Crazy"