RAINS QUIT IN THE NIGHT LEAVING A CLOUDY DAMP DAY….PHEEBS AND I HAD THE FURNACE ON 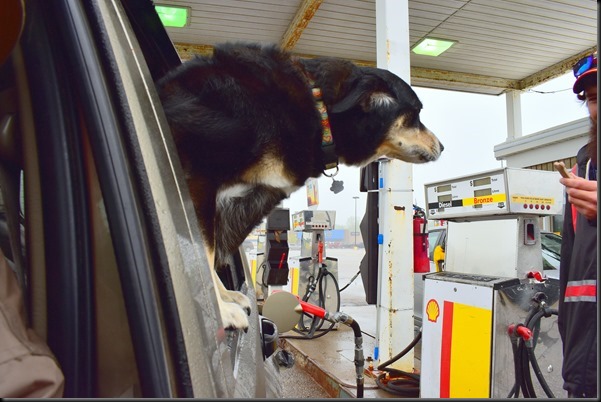 Feeling cold and damp this morning with fog in the tree tops there was nothing too inspiring to even get me out of my PJ’s but out of them I finally did get.  Later dressed in my usual semi winter attire we cranked up the Jeep and fired up the heater. 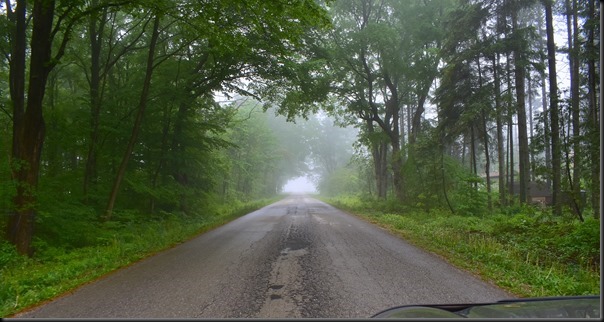 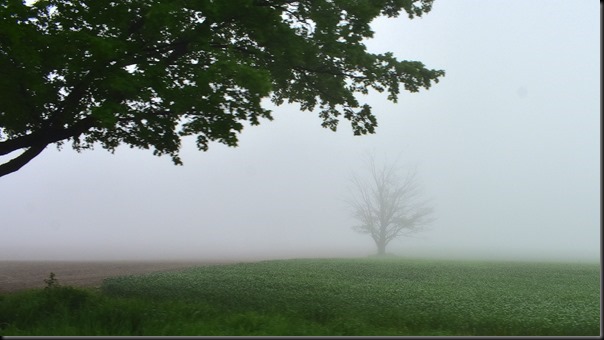 At least it wasn’t pouring rain in Bayfield but we did run into a rainy drizzle in Goderich.  Despite that we took ourselves for a walk along the Lake Huron shoreline at the doggy walking area.

THAT TRACTOR TOWS THAT LIME GREEN BEACH CLEANER BEHIND IT WHICH I ASSUME SCOOPS UP THE SAND AND RETAINS ANY ROCKS, PIECES OF GLASS OR CHUNKS OF DRIFTWOOD AND LEAVES THE BEACH SAND FLAT AND SMOOTH 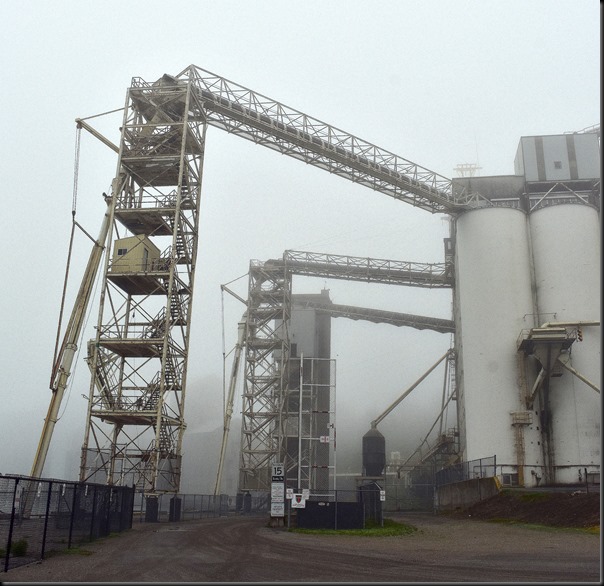 THE GODERICH ELEVATORS ON A FOGGY FRIDAY MORNING 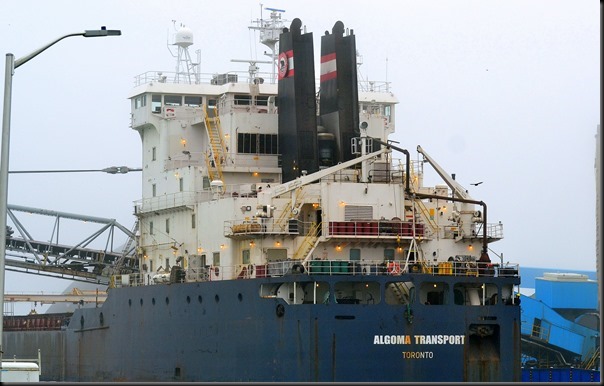 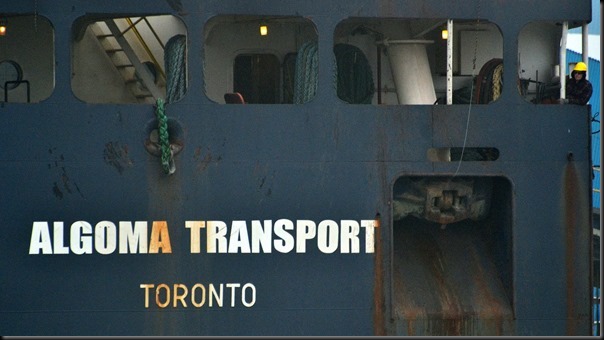 CAN YOU FIND THE LONE CREW MEMBER IN THIS PHOTO??

Popped into Walmart for a few things and snagged 3 more reasonably priced perennials.  A yellow Dahlia, an orange Hibiscus and a pink and rose colored Dipladnia.  With the ground soft and wet after an all day rain Thursday it was a good day for planting things so that’s what I did.  Other than that there wasn’t much of anything else going on.  For lunch we heated up a chicken pot pie and for supper I popped 6 breaded chicken pieces in the oven and toasted them up.  Had meant to pick up some cream corn this morning to go with them but I forgot to write cream corn in my book so of course I forgot cream corn.  Cream corn is my fav.  I like it on pumpkin pie:)) 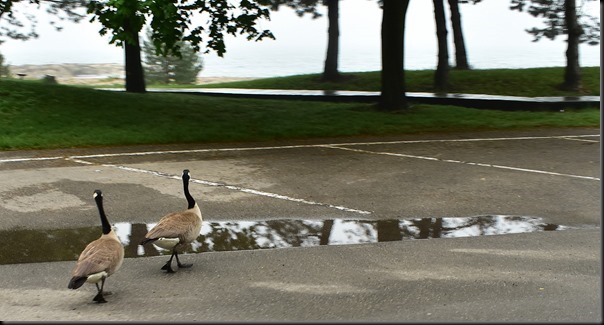 I actually kicked the furnace on this afternoon to get the dampness out of the house and it's almost June already.  Happy to finally see the sun late this afternoon.  Looking ahead on our weather site for the next 14 days there is not one day that even reaches 70F.

It seems like time is really flying since we arrived home from the Southwest back in the early part of March.  Possibly less than 6 months before we might be back on the road again.  We have talked about leaving later for the southwest this year but not sure.  Unlike our first half dozen years RVing we're not quite as keen on being away as long anymore.  If we leave later then we can come home a tad later.  To early to be thinking about departure dates of course but the thought just happened to pop into my mind while sitting here at the keyboard and sometimes things popping into my mind have a habit of popping onto the screen in front of me.

GROANER’S CORNER:((  The American Medical Association has weighed in on Trump's health care package:
The Allergists were in favor of scratching it, but the Dermatologists advised not to make any rash moves.
The Gastroenterologists had sort of a gut feeling about it, but the Neurologists thought the Administration had a lot of nerve.
Meanwhile, Obstetricians felt certain everyone was laboring under a misconception, while the Ophthalmologists considered the idea shortsighted.
Pathologists yelled, 'Over my dead body!' while the Pediatricians said, 'Oh, grow up!'
The Psychiatrists thought the whole idea was madness, while the Radiologists could see right through it.
Surgeons decided to wash their hands of the whole thing and the Internists claimed it would indeed be a bitter pill to swallow.
The Plastic Surgeons opined that this proposal would 'put a whole new face on the matter.'
The Podiatrists thought it was a step forward, but the Urologists were pi**ed off at the whole idea.
Anesthesiologists thought the whole idea was a gas, and those lofty Cardiologists didn't have the heart to say 'No.'
In the end, the Proctologists won out, leaving the entire decision up to the ***holes in Washington.