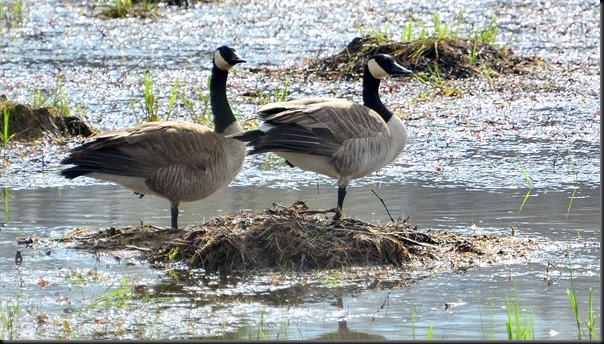 NOTICE HOW BOTH THESE CANADA GEESE ARE STANDING ON ONE LEG

rolling around in my head  this morning as Pheebs and I slowly made our way over to the Hullett Marsh for a walk.  Stopped at one of our favorite spots and as usual we were happily the only one’s there.  Off we went and it was the first time I've had both cameras strapped on for quite awhile.  It seems most of my photos are taken from the comfort of the Jeep's driver's seat these days.  I need to somehow get myself into the habit of walking more. 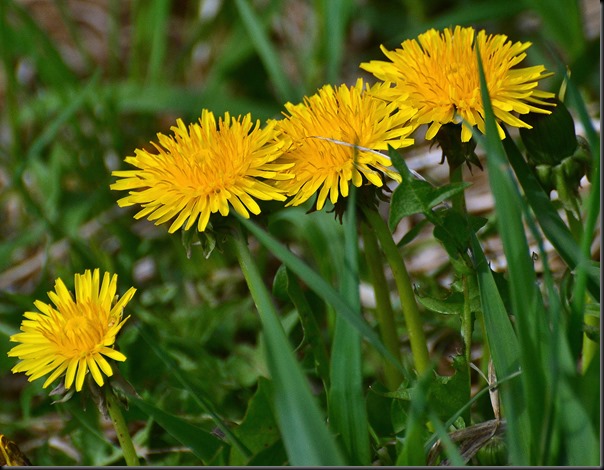 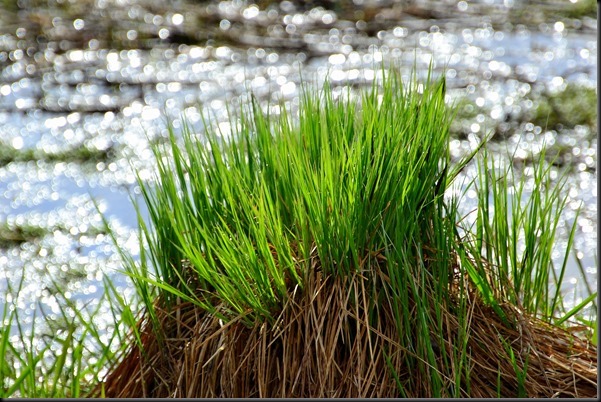 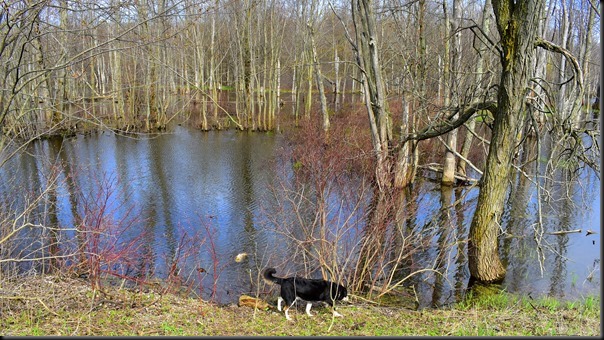 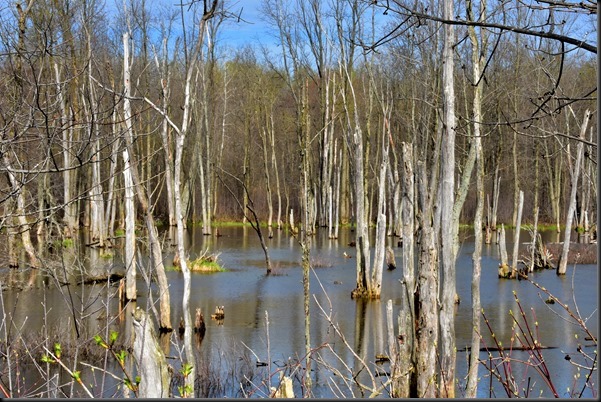 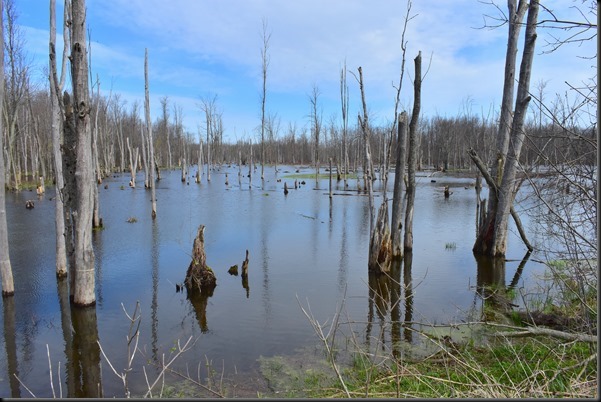 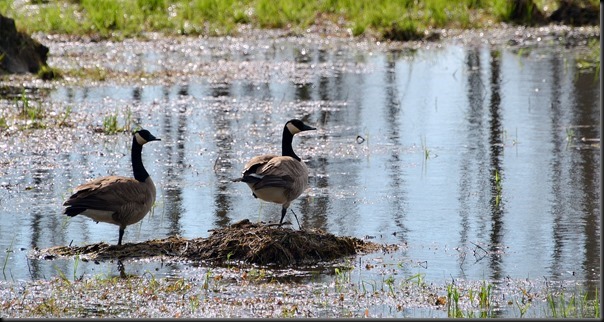 When at London's University Hospital Tuesday morning  Kelly's new Doctor told her he would like to have her have an Endoscopy procedure at some point so thinking it wouldn't be for a couple months or more Kelly agreed.  Imagine our surprise this morning when the hospital called with an endoscopy appointment for this coming Friday morning.  For Canada that is mighty speedy service and it looks like we will be off to London again.

SPOTTED THIS FELLOW WALKING WITH HIS HORSE IN THE HULLETT MARSH

LOOK AT ALL THOSE HORSES AND NOT ONE DARN COWBOY HAT AMONG THEM….DON’T SEEM RIGHT DO IT 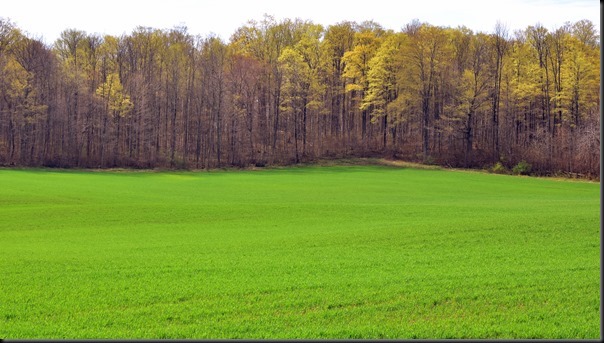 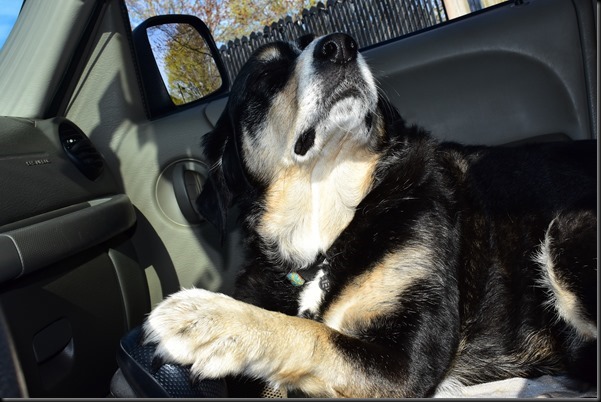 PHEEBS SURE LIKES HANGING ONTO THAT GEARSHIFT

Our 70 plus temperatures today were sooooo nice but with a touch of humidity in the air I packed my yard work in early.  Nice day for sitting outside reading and stuff but not so nice if on the end of a shovel or roto-tiller, etc.  Well for me that is.  Not at the A/C stage yet but I did have the fans cranked up and I did enjoy relaxing in the cool shade on our rear deck. 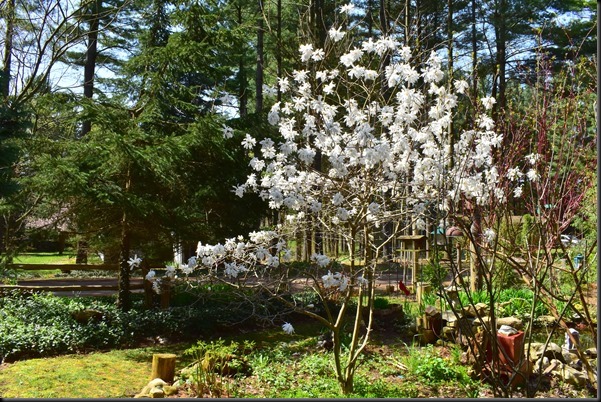 OUR FRONT YARD WHITE MAGNOLIA TREE IS IN BLOOM 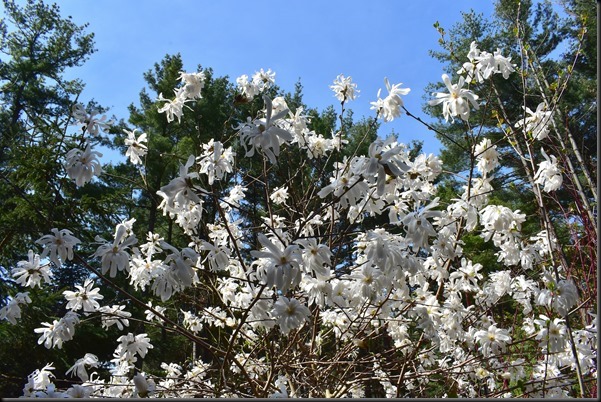 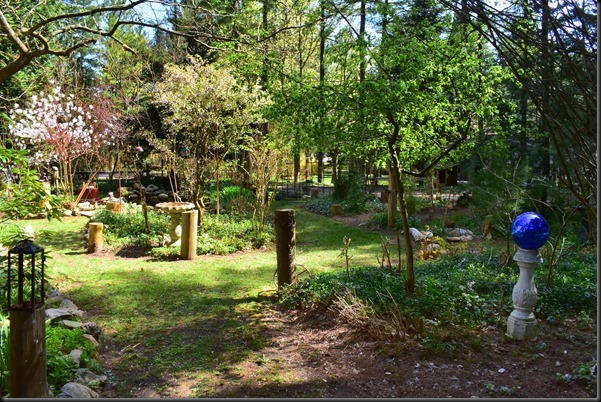 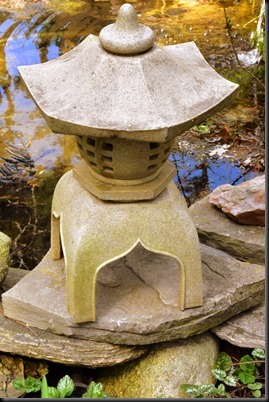 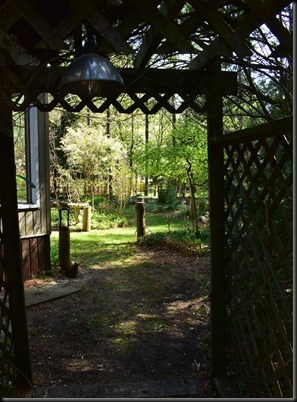 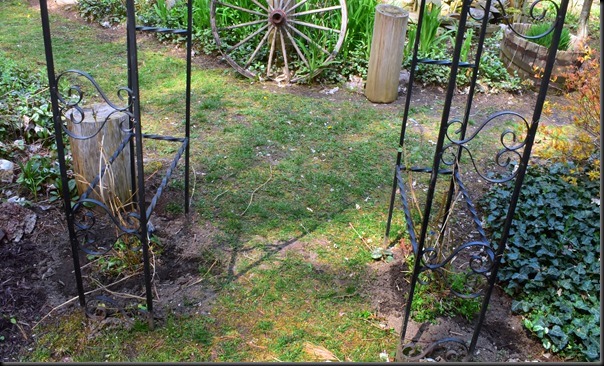 Now that better weather is slowly gaining a hold we really must get at the big Motorhome clean-up.  The interior is exactly as we left it when arriving home in early March.  Looks like somebody opened the door and through a couple sticks of dynamite inside.  With freezing temperatures and rainy days we just haven’t got in there to clean it yet.  I have power washed the exterior twice to get the road salt and grime off but it still needs a good old soap and water wash job.  And some wax certainly wouldn’t hurt either so I’ve moved the Big EEE clean-up to a higher point on my long list of ‘to do’s’.  At the moment I’m hoping to coincide that clean-up with an awaited energy boost. 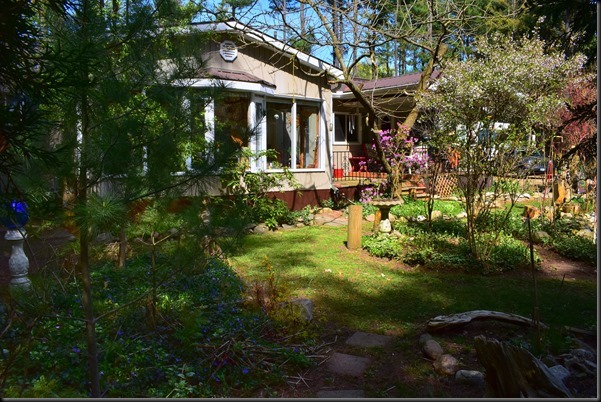 GROANER’S CORNER:(( A physician, an engineer, and a politician were discussing who among them belonged to the oldest of the three professions. Each one of them thought they had this in the bag. The physician said, 'Remember, on the sixth day God took a rib from Adam and fashioned Eve, making him the first surgeon. Therefore, medicine is the oldest profession.'
The engineer replied, 'But, before that, God created the heavens and earth from chaos and confusion, and thus he was the first engineer. Therefore, engineering is an older profession than medicine.' Then, the politician spoke up. 'Yes yes, this is all well and true.' he said. 'But who do you think created all of the chaos and confusion in the first place?'

- “Did you hear the one about the woman who threw her toaster away because it kept burning the bread? She was black toast intolerant.”

- What is the difference between an Irish wedding and an Irish funeral?  One less drunk.