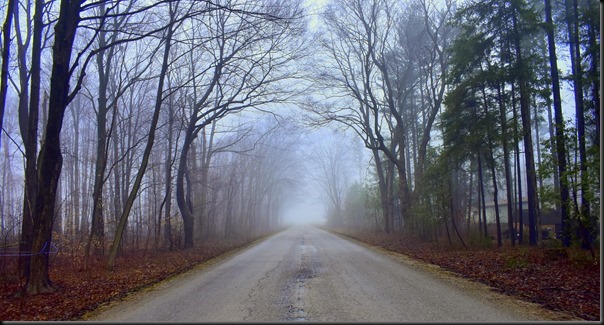 How nice to feel warmer air when I stepped out with Pheebs into the early morning darkness.  Overnight rains still dripped from trees while a fine mist hung in the air.  No wind.

Not long after first light I was outside with pen and paper in hand.  Let me see now, 4 deck blocks, 7 eight foot pressure treated 2x6x8’s and enough 1x6x12 deck boards to cover a 6x12.  And don't forget the hardware and screws that go along with that.  Luckily I have enough 4x4's on hand to do the deck posts. 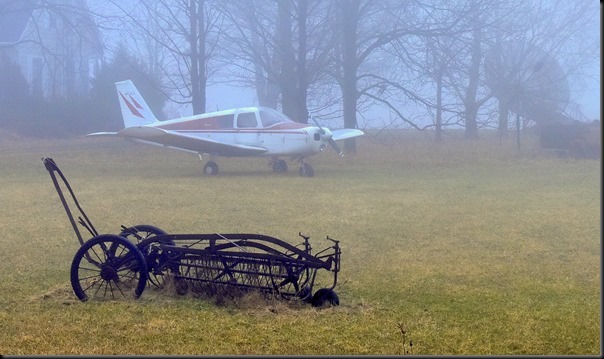 AIRPLANE IN THE MIST

I still had our utility trailer hooked up from taking a load of pine needles to the recycling area Sunday so little Spoogers and I hopped into Libby and headed for Home Hardware's Langford Lumber in Clinton.  It was a pretty foggy drive all the way there and back again.  And wouldn’t you know it…..I forgot to pick up the deck screws.  I also noticed I was short 1 2x6x8 after I got home.  That’s what I get for not double checking the count after the lumber was loaded into the utility trailer.  There were 6 instead of 7.  I’ll pick up the screws and 7th board next time Pheebs and I roll by the hardware store.  And we all know that won’t be very long. 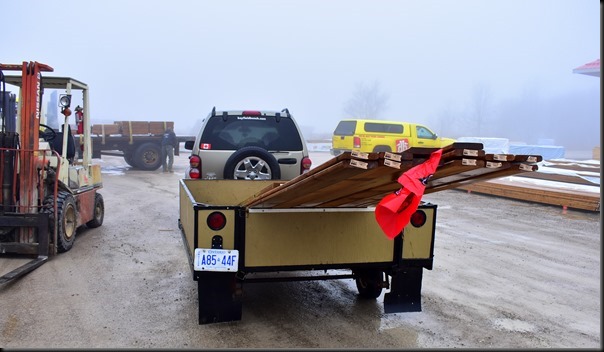 LOADED UP AND READY TO HEAD FOR HOME….LITTLE DID I KNOW I WAS SHORT ONE BOARD AND HAD FORGOT TO PICK UP THE DECK SCREWS

Been nearly 6 weeks since I got my new Dell solid state laptop and I am still liking most everything about it.  Boots up in about 10 seconds, is light as a feather, and I have not had any bugs or glitches with it.  No moving parts in this computer so no noisy fan or heat problems.  Nice.  Only thing I don't like is the location of the small 'Start' button on the thin edge of the right side.  Would have preferred the power plug inlet on the right side of the computer instead of the left but aside from those two little things I am totally happy and satisfied with my new Dell:)) 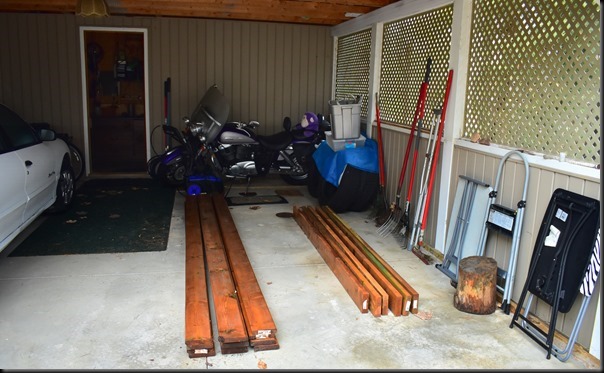 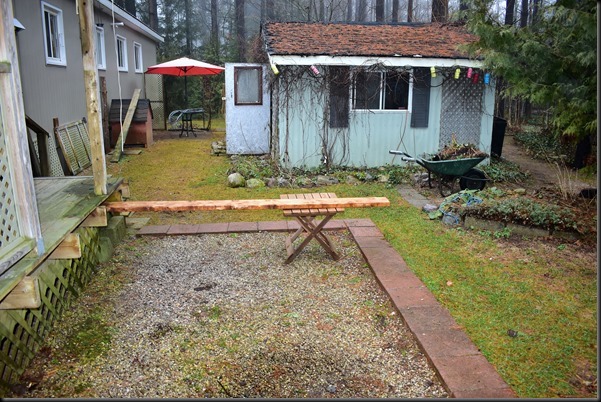 Puttered myself around outside for a bit prepping the deck extension site.  Rains held off most all day but without a speck of sunshine the air remained damp and nothing dried up. 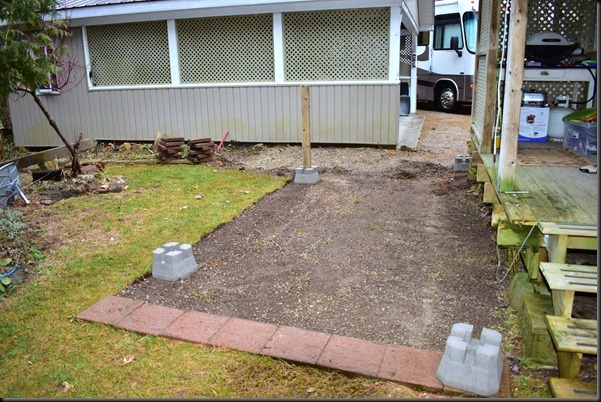 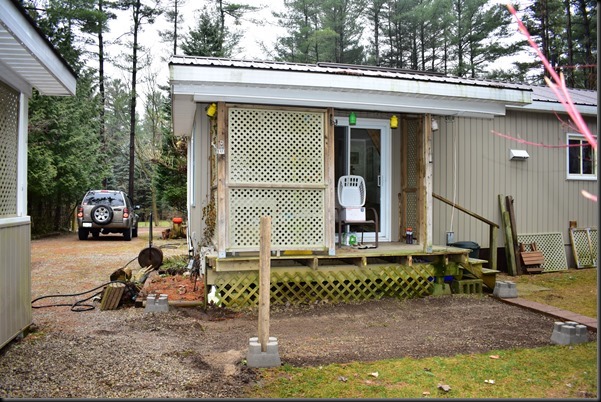 Hey if you haven't seen Merikay's glorious muffins yet here's a good chance to slip on over to Jojoba Hills California and have yourself a peak at what she's got:))  Merikay's Glorious Muffins In The Morning

GROANER’S CORNER:(( A man went to the police station wishing to speak with the burglar who had broken into his house the night before. "You'll get your chance in court," said the desk sergeant.  "No, no, no!" insisted the man. "I want to know how he got into the house without waking my wife. I've been trying to do that for years!"

I'd live life in the fast lane but I am married to a speed bump.

- A balanced diet is a cookie in each hand!

- A clean kitchen is the sign of a wasted life.

- Thou shalt not weigh more than thy refrigerator.

- Blessed are they who can laugh at themselves for they shall never cease to be amused.