We sure did get the predicted high winds that were called for  here in southern California Thursday and the rain as well.  We experienced some of the heaviest wind gust of ever and finally had to pull our main slide in.  According to TV's nightly news southern California really got clobbered with 5 people losing their lives.  All the rain made it very mucky outside and we now have muddy little doggy paw tracks all over the place.  With morning rains not letting up we were in no hurry to climb out of our jammies.  Couldn't go outside anyway.  Ended up raining the entire day and tonight as I am writing this it is still raining.  At least I got a couple photos of water running in the wash beside us. 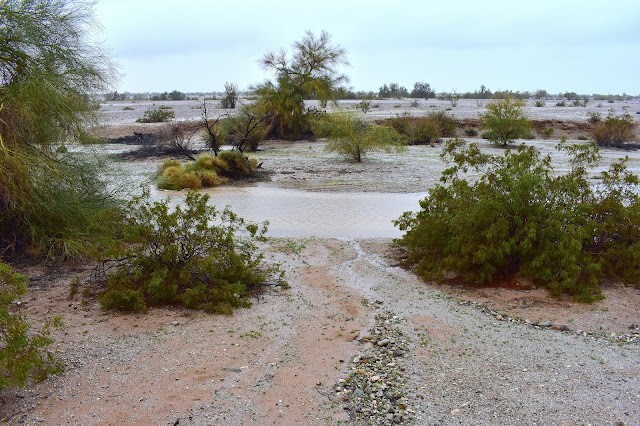 Cathie and Gord came over for afternoon tea and we all had us another good chat about things.  They are heading out for Borrego Springs in the morning.  They did invite us to drop around to their country place near Flesherton Ontario this summer and we just might hop into our Motorhome and take us for a drive up to their neck of the woods.  Thought to myself later, 'Holy Smokes' I must have been on my best behavior for us to get a nice invite like that.  Could it be my groucherisms didn't show through??  Nawwwww, couldn't be.

Had myself all frazzled today trying to get my Friday post from February 10th posted.  It's the first post that would not publish with the recent Live Writer/Picasa fiasco.  I want to get that post published because it was the day we drove up to Temecula California and stopped into JoJoba Hills on the way.  I've been trying to get it transferred from my Toshiba's Open Live Writer to my Dell's Blogger format and what a nasty time of it I have been having.  That post and all it's photo transfers has been fighting me every inch of the way and this very finicky and unpredictable Blogger format is certainly not making things any easier.  In fact it's been driving me Bonkers!!  Despite almost having it put together I reached a point tonight where I simply had to stop before one of my 2 computers went flying out the door.  Maybe I'll try to finish that troublesome post off once and for all Sunday.  In the meantime I'm going to take my frazzled nerves and put em to bed with a sleeping pill............
Rain or shine we may do us a movie Sunday morning.  Kinda got us some cabin fever going on here and I'm definitely needing my attention diverted to something else rather than frazzling computer stuff.  It's about got me half drove crazy................ 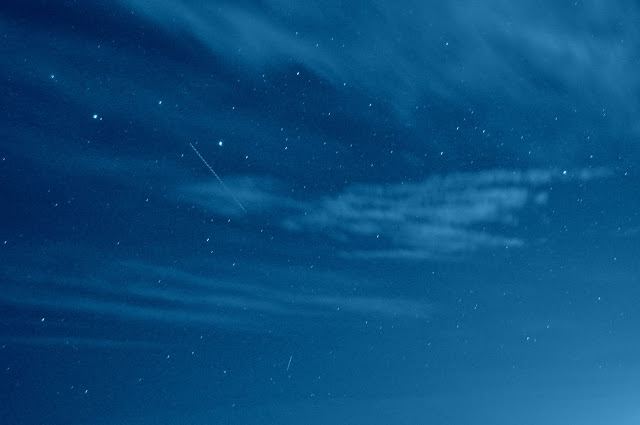 GROANER'S CORNER:(( The pastoral associate, the associate pastor, and the pastor are taking a shortcut to a meeting. As they walk through a vacant lot, the trio stumbles on an ancient oil lamp. On a lark they rub it, and to their amazement a genie appears and offers to grant them each one wish.The pastoral associate cries out, “I want to be on an island paradise, lolling in the sun without a care!” The genie waves his hand and she disappears in a puff of smoke.  The associate pastor jumps up and says, “I want to be walking through the halls of the Vatican, marveling at all the artwork and never have to go to another meeting as long as I live.” He too disappears.  Scowling, the pastor says to the genie,” I want those two back in time for the meeting.”

A highway patrolman pulled alongside a speeding car on the freeway. Glancing at the driver, he was astounded to see that the woman behind the wheel was knitting!  Realizing that she was oblivious to his flashing lights and siren, the trooper cranked down his window, turned on his bullhorn, and yelled, PULLOVER!"  "NO," the woman yelled back, "IT'S A SCARF!"
Posted by Al Bossence at 2/18/2017