THE BEST LAID PLANS OF MICE AND MEN OFTEN GO AWRY…..AND SO THEY DID 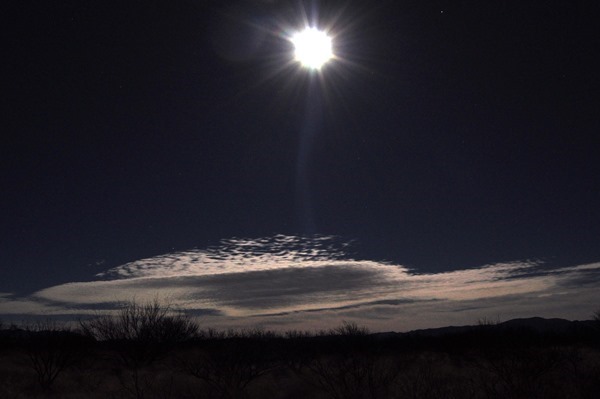 A phone call came from Kelly’s brother Peter this morning informing us they had to cancel their Arizona travel plans due to an unexpected last minute medical problem.  Not life threatening but uncomfortable enough for them to reluctantly make the decision to stay close to home for the time being.  They had been due to land in Phoenix this morning then head on down to Sierra Vista for a week or so.

MORNING SUNSHINE ON THE NORTH END OF THE HUACHUCA MOUNTAINS 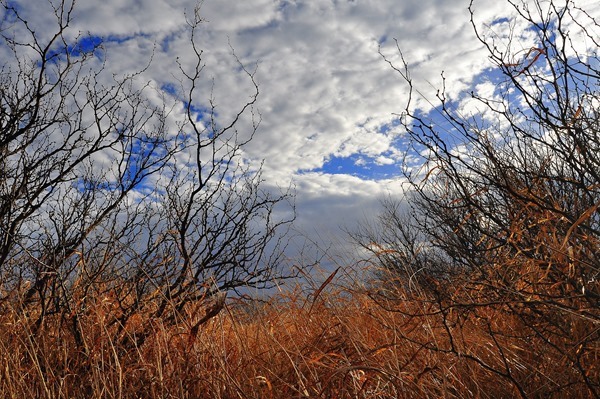 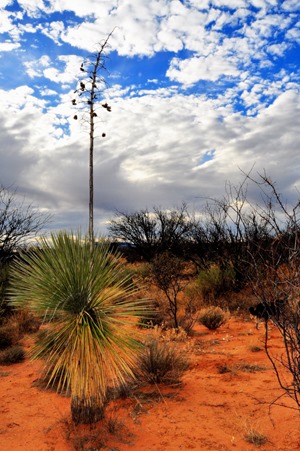 We had planned to come to this area at some point anyway, just not at this time though so we’re kind of scrambling around right now trying to re-shape our pile of Jello-O into some kind of new travel plans.  We may boon-dock ourselves around this area for a awhile or we may head off to somewhere entirely different.  We’ll see how our thought processes shake out over the next few days. 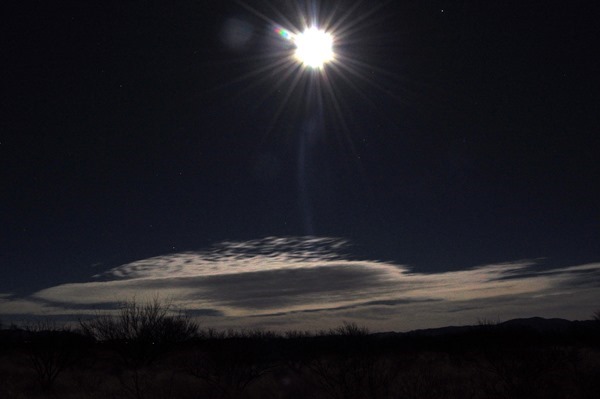 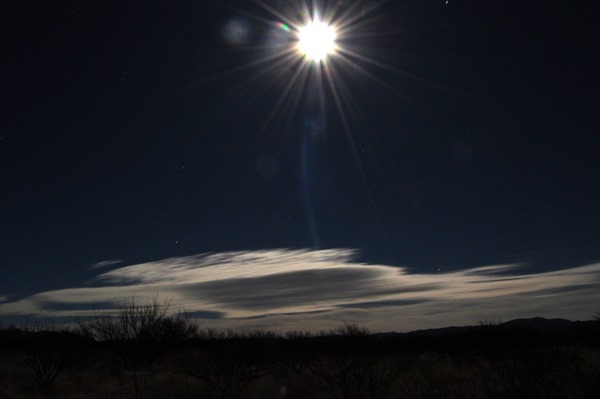 Decided not to do our rig’s tanks, water and propane this morning and may take care of that early Saturday.  With rain predicted for the area we’re not really sure what our plans are for the next couple days. 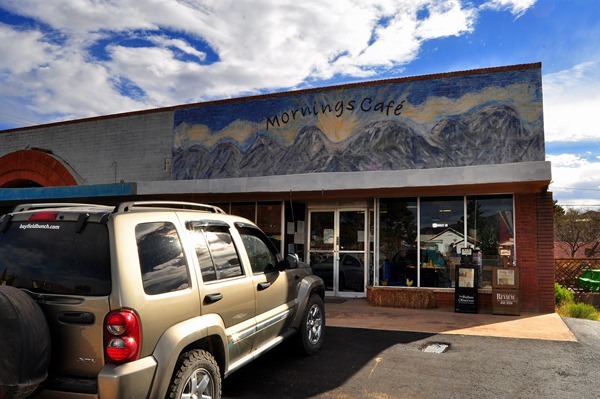 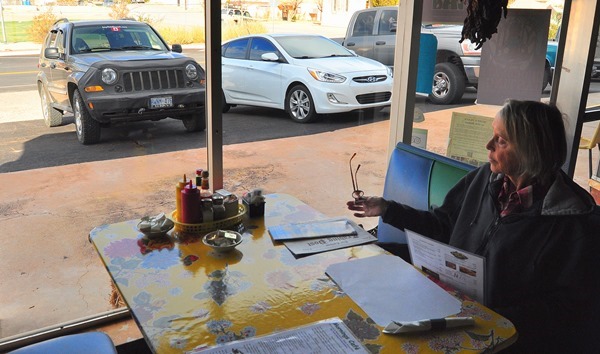 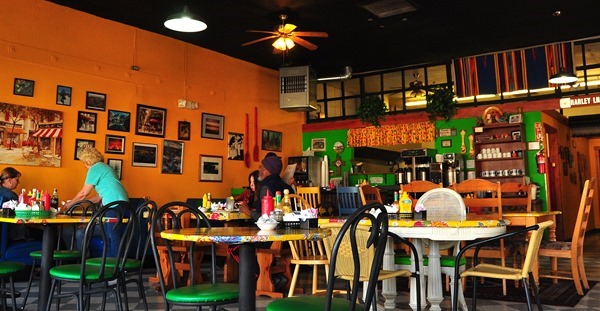 BISBEE IS A TOWN OF VINTAGE TRAILERS 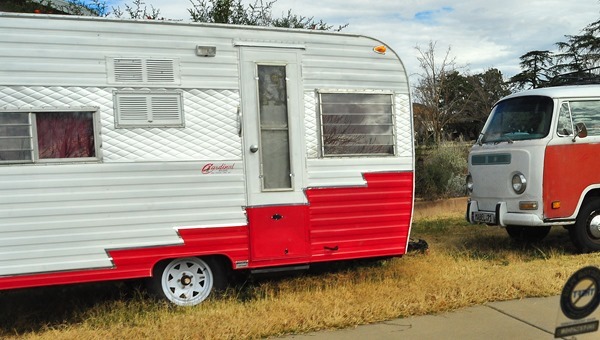 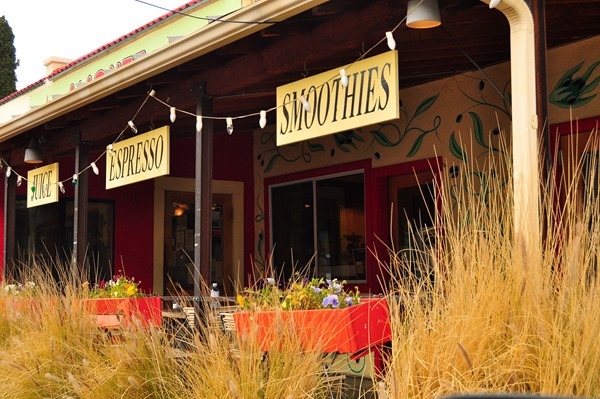 THE HIGH DESERT MARKET AND CAFE IS KELLY’S FAV

Cold winds this morning with mainly cloudy skies.  Not the kind of weather that excites me much and the day just kinda petered out from there.  But we did manage breakfast in Bisbee’s Warren district at the ‘Mornings Cafe’ on Arizona Street and following that we took ourselves for a long drive over to the east side of the Mule Mountains touching base with a few old memories in the Elfrida area.  Couldn’t seem to get myself into photo mode today except for a few drive-by photos around Warren and that was about it.   We do  plan on returning to Bisbee again before we depart the area at some point. 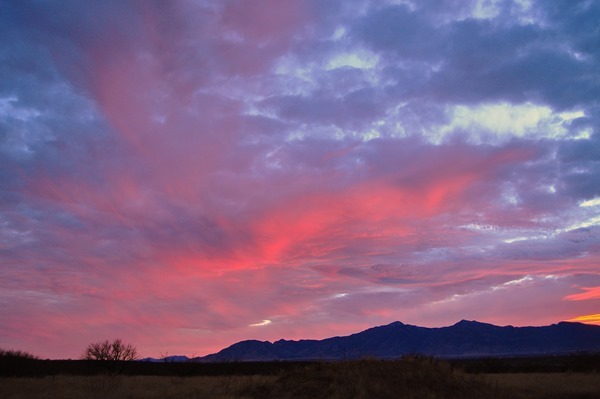 FRIDAY NIGHT’S SUNSET OVER THE HUACHUCAS 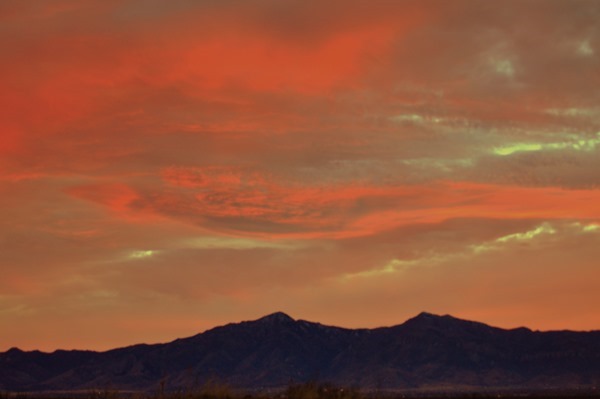 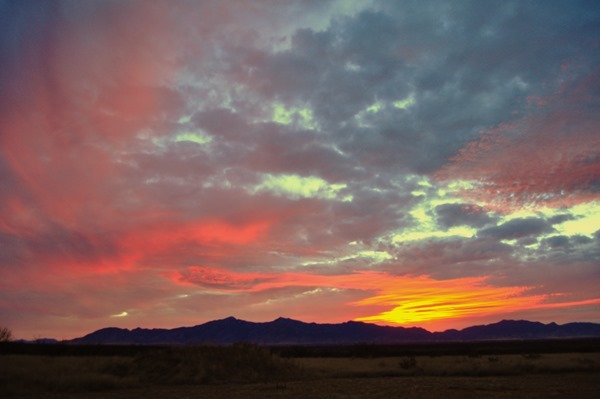 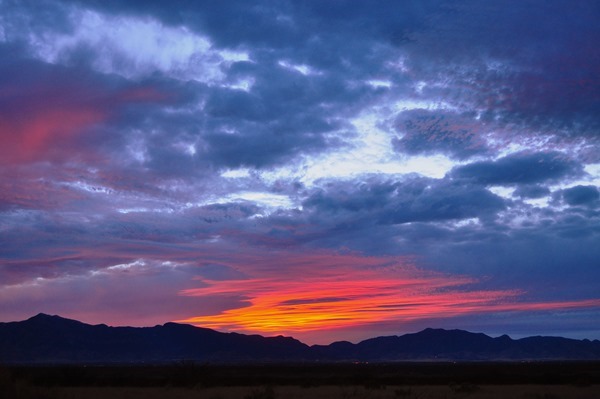 GROANER’S CORNER:((  A guy walks into a bar and orders a drink.  After a few he must visit the john.  He does not want anyone to steal his drink. so he puts a sign on it. saying, , " I SPIT IN THIS BEER, DO NOT DRINK'. After a few minutes he returns.  There is another sign next to his beer, saying, SO DID I.

Dentist: Little Johnny, you're not brushing your teeth very well. Do you know what comes after decay? Little Johnny: De 'L'?