QUIET SUNDAY AS WE JUST KINDA VEGGED OUT It started some time in the night with a gentle pitter-patter on the roof and it was soon much more than a gentle pitter-patter.  Strong gusting winds came out of the northwest lashing our coach with a driving rain.  I had fallen asleep on a quiet New Year’s Eve somewhere around 11 and by 3 there was no point in even trying to get back to sleep anymore as howling winds were determined to keep me awake no matter what.  The old year went out like a lamb and the new year has come in like a lion!!

WELL THAT’S QUITE THE TOAD EH

Mix of sun and cloud this morning with a cool brisk wind from the north as we made our way across the damp desert floor on our morning walk.  Came across the remnants of a partially uncovered very old asphalt road which I suspect once led back to the American Girl Mine in the Cargo Muchacho Mountains many years ago.  There are a number of mine shafts and digs in those mountains and we have been back there years ago to find some of them. 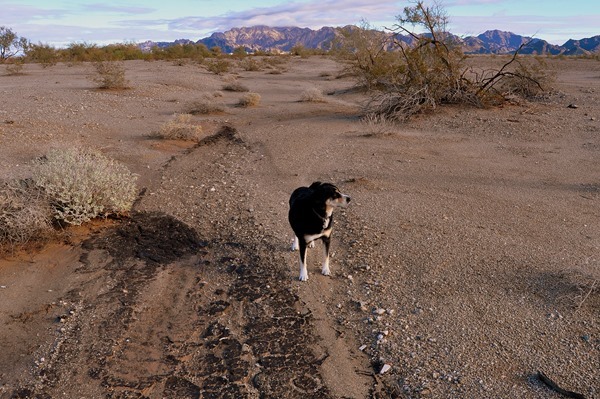 PHEEBS STANDS ON A SMALL PATCH OF AN OLD ROAD THE SHIFTING SANDS AND WATER HAVE TEMPORARILY UNCOVERED….THE ONCE WELL KNOWN AMERICAN GIRL MINE IS BACK IN THOSE MOUNTAINS 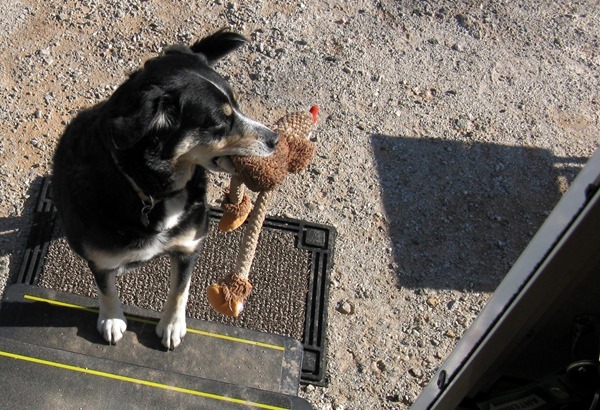 The closest group of RV’ers to us are just to the east and we noticed people out standing around this morning saying their good-byes as some rigs began pulling out and heading home.  We expected noise from them New Years Eve but when the wind and rain first woke me on the stroke of midnight I knew their outside campfire party was a bust.  We did hear a fair amount of fireworks going off around us in the distant Saturday night air.  I suspect some of those ‘bangs’ were people firing their guns off to celebrate New Years Eve.  I remember once my Dad doing that when I was a wee little fella. 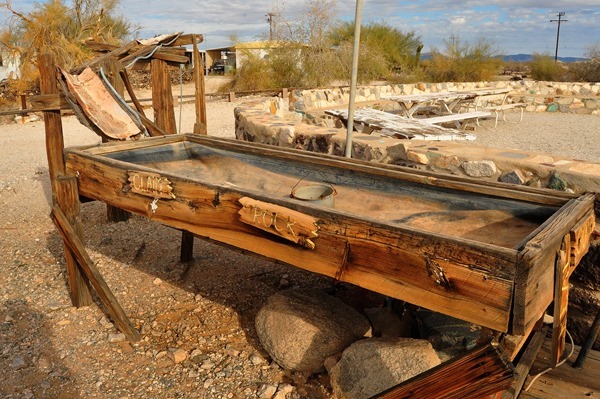 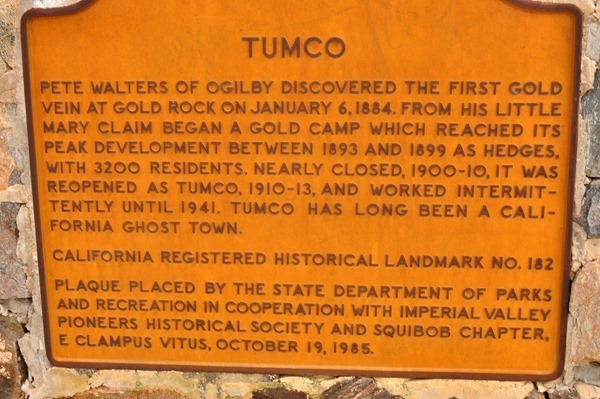 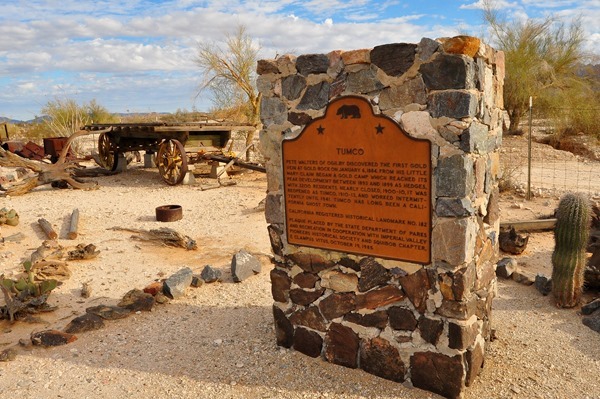 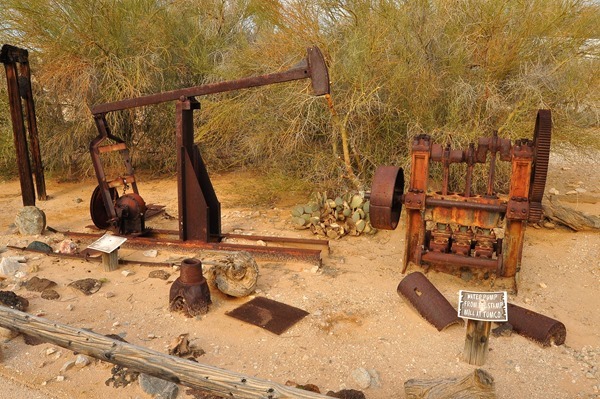 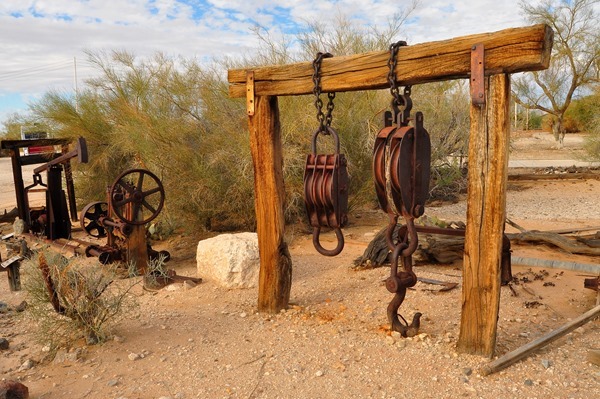 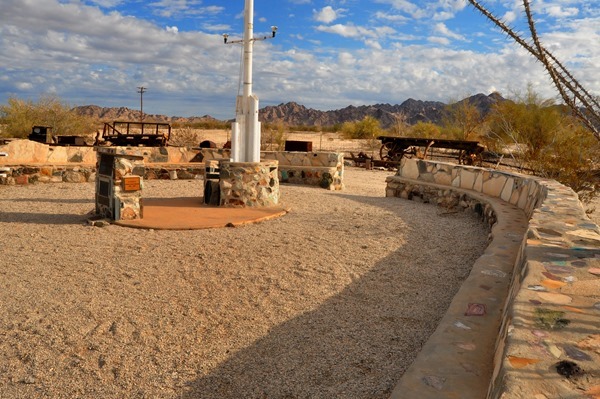 A NICE COMMON AREA FOR GATHERINGS, CAMPFIRES AND EVENTS IS EVIDENCE A LOT OF WORK WENT INTO THIS PARK YEARS AGO

Not sure if some of the ‘old RV Bloggers gang’ are aware of this but Kelly spotted it on Facebook.   As of just a few days ago both Sam and Donna Weibel from 5th Wheel Vagabonds were both in the hospital with separate illnesses.  Sam’s last blog post was December 11th 2016.  Here are the last two updates on Facebook posted with the first one being posted by Donna….’hubbies mri doesn't show any clots or signs of a stroke they still do not have a clue doing more tests tomorrow one possibility is a viral infection. he is not eating or sleeping and is still incoherent and still restrained’.  The second update was posted by Sam & Donna’s son, ‘Hi this is Andy, Donna and Sam's son.  Donna was rushed to the er with severe breathing complications stemming from her copd she is in the icu.  Sam is still in the same condition as he was from the start’.  Things are not looking good over there and the only thing we can do is wish for them both the best possible outcome. 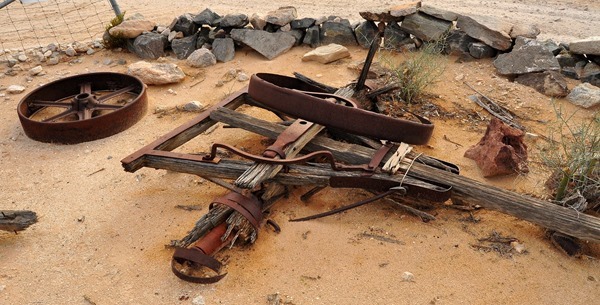 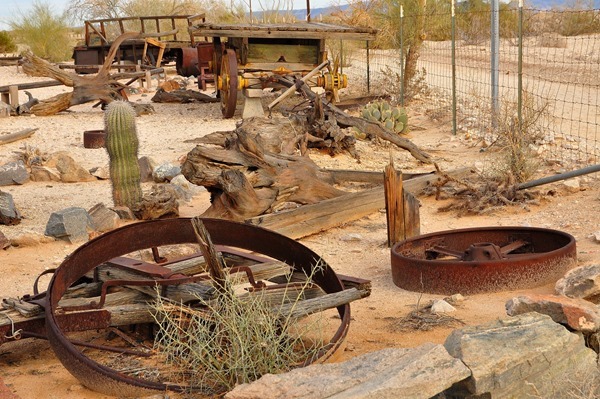 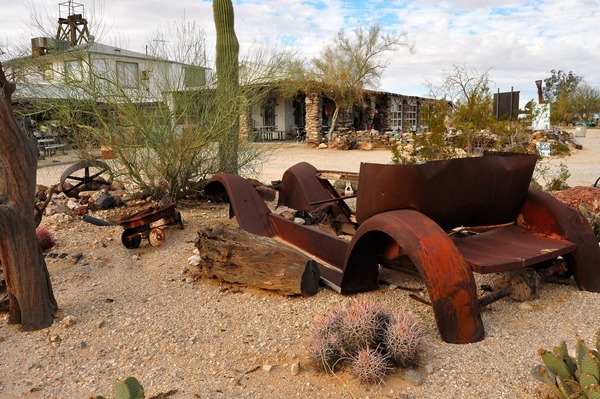 With Monday shaping up to be a busy one we hung around the rig and vegged out for the day.  Kelly continued setting up the new Asus while I continued fretting about it but after awhile she had the basics for me like Gmail, Outlook, Picasa, Open Live Writer, Blogger Dashboard, Google Search, and Google Earth.  From here I am able to make a start at getting my Asus Notebook Q524 organized and set up to my liking.  Imagine my surprise when I opened the box and found out it actually came with a Sonic Master sub woofer. 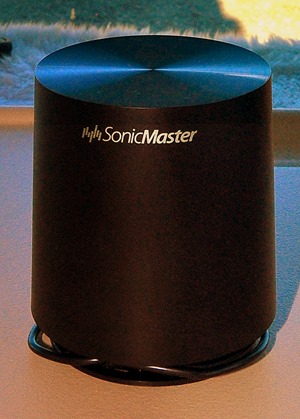 And to think I was once able to do all this stuff myself pretty much.  Years ago back in about 1998 when we had our first computer delivered I was the one doing this, downloading that, installing something else and working hard to get it all figured out.  I was also the one tearing my hair out in large chunks threatening to throw the computer right out the door about 3 times a week.  I can even remember helping a few others set up their computers.  Gradually though with the constant threat of our computer becoming airborne every week Kelly with her unlimited patience and determination began to increase her computer interest and knowledge.  After a few years she was soon the head computer Honcho at our house.  I was relegated to cleaning the cat’s litter box.  We had cat’s then instead of dogs……………… 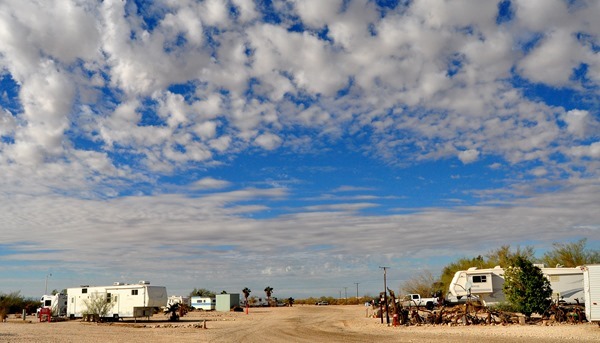 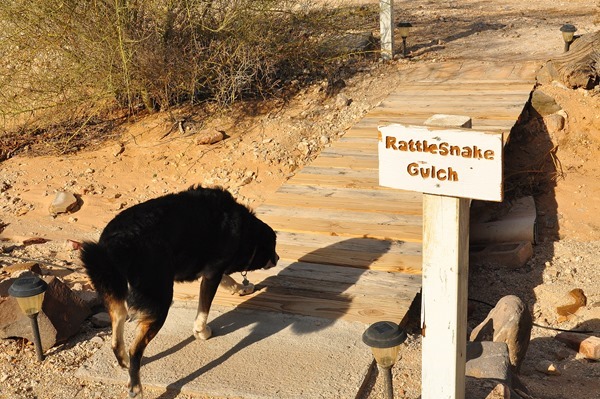 BETTER BE EXTRA CAREFUL THERE PHEEBS 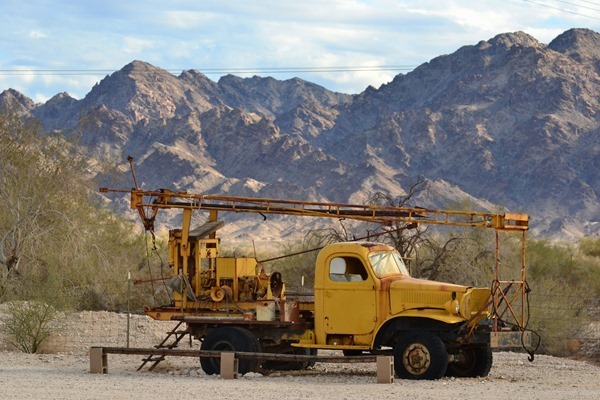 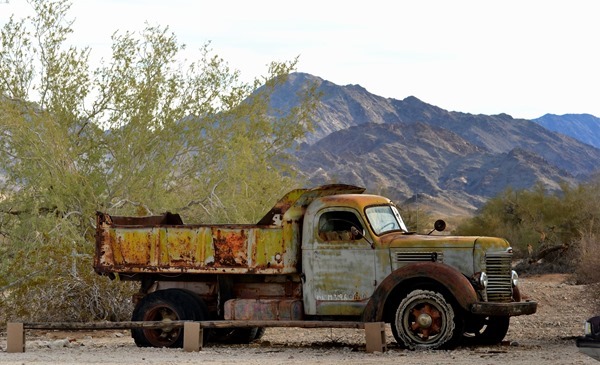 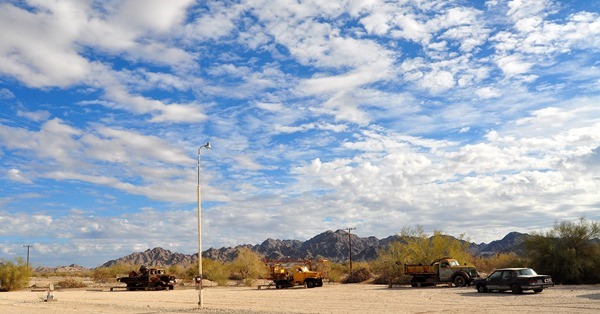 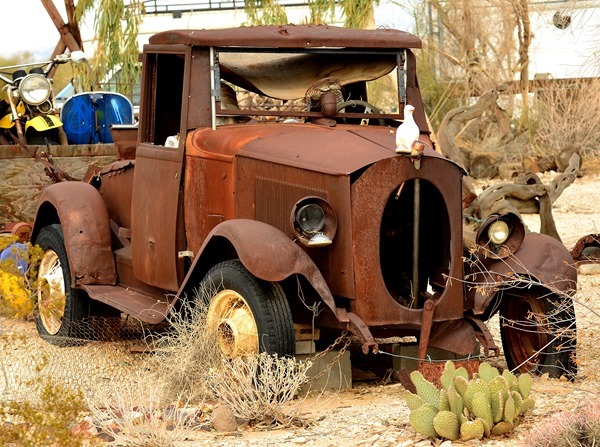 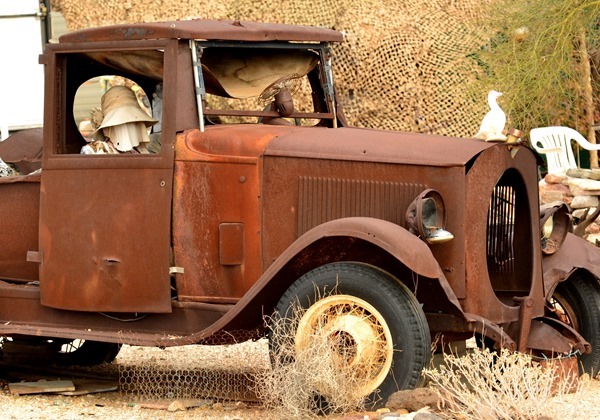 ‘WOW’ LOOK AT THE LENGTH OF THAT OLD BLISTER

Kelly reminded me this morning about a question on our solar set-up asked by Karen over at RVing: The USA Is Our Big Back Yard  She asks, “How many watts you got on top”?  “We have 500 watts and 4 six volt batteries”.  The solar installation on our coach was already done when we bought it and we too have 4 panels on the roof with 4 deep cell 6 volt batteries but we have been unable to find any paper work telling us the wattage of the panels on our roof.  Next time I am wandering around on our rig’s roof I will try to remember to look for some kind of wattage info on the panels. 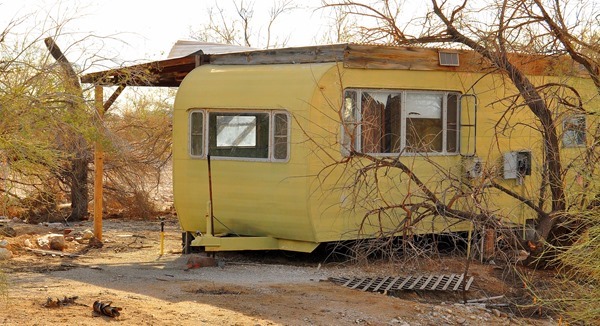 KELLY SPOTTED THIS OLD ABANDONED TRAILER IN A NEARBY WASH 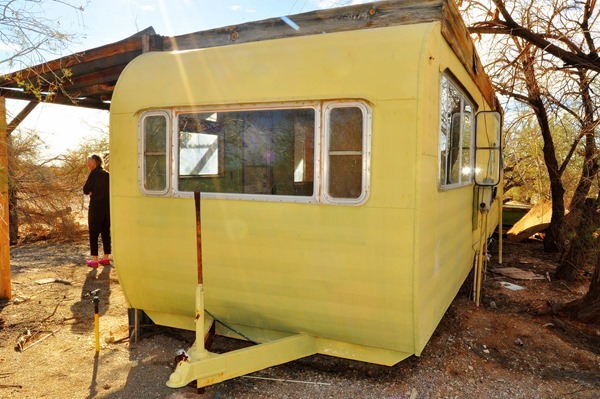 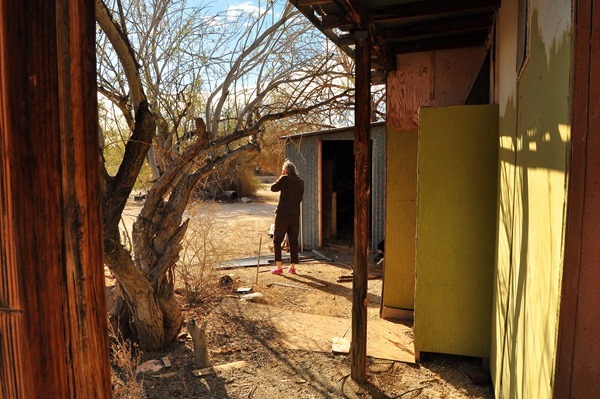 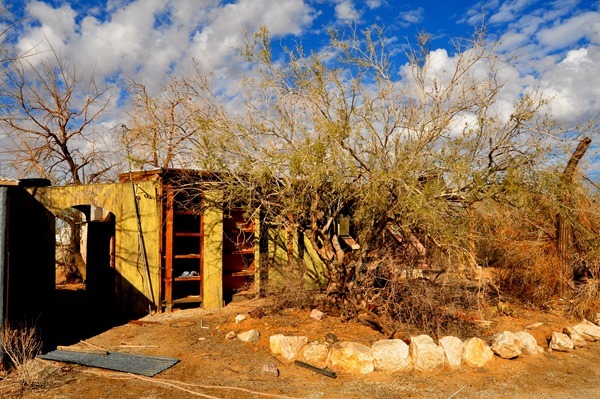 OK WHAT COULD WE DO WITH THIS SIDE YARD…………. 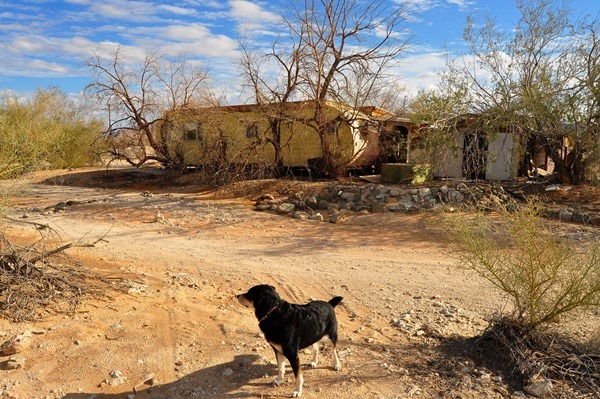 ‘OH NO DAD I THINK MOM’S OVER THERE TALKING TO THE PARK OWNER’……NOT TO WORRY PHEEBS I’LL HAVE A TALK WITH HER:))

GROANER’S CORNER:(( Why Dogs Are Better Than Kids::  It doesn't take 45 minutes to get a dog ready to go outside in the winter - Dogs cannot lie - Dogs never resist nap time - You don't need to get extra phone lines for a dog - Dogs don't pester you about getting a kid - Dogs don't care if the peas have been touched by the mashed potatoes - Dogs are housebroken by the time they are 12 weeks old - Your dog is not embarrassed if you sing in public - Average cost of sending a dog to school: $42 - Average cost of sending a kid: $103,000.

My car is so fast the payments are three months behind.

A man was driving along a freeway when he noticed a chicken running along side his car. He was amazed to see the chicken keeping up with him because he was doing 50 MPH.  He accelerated to 60 and the chicken stayed right next to him.  He sped up to 75 MPH and the chicken passed him up.  The man then noticed that the chicken had three legs, so he followed the chicken down a road and ended up at a farm. The curious man got out of his car and noticed that all the chickens had three legs. He asked the farmer, "What's up with these chickens?"  The farmer explained, "Well, everybody likes chicken legs, so I bred a three-legged bird. I'm gonna be a millionaire."  "How do they taste?" asked the man.  "Don't know," replied the farmer, "haven't caught one yet."