A WEE LITTLE BEE MADE MY DAY:)) 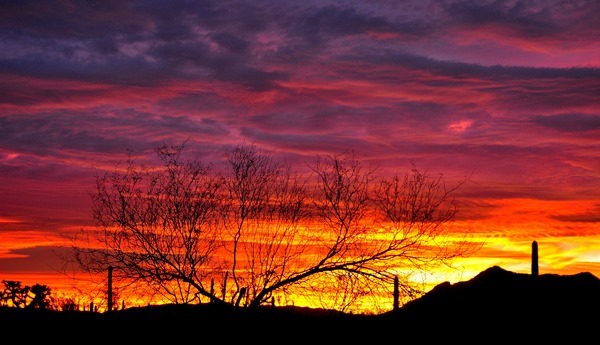 After a sunny 75 degree day Sunday we have a cooler cloudy Monday going on for us.  Figured the best way to highlight our day was to head off into Ajo and do some laundry. 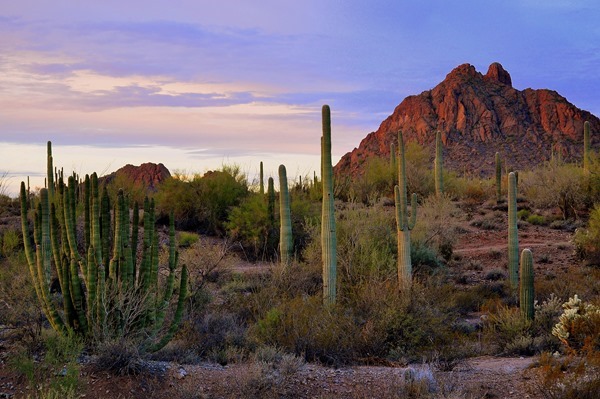 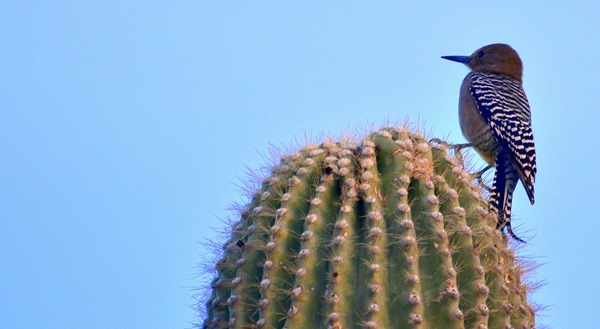 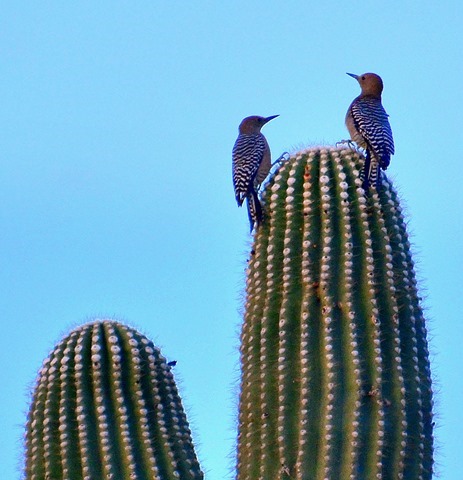 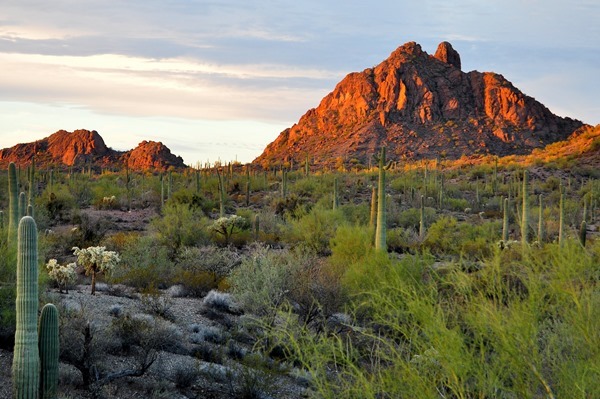 WE TOOK THE BACK ROAD INTO AJO
Not that I’m any kind of expert on laundry facilities but the Lemon-Brite laundromat is easily one of the better ones we have been in on our travels.  Easy to find and lots of parking.  Very clean and no shortage of up to date washers and dryers here plus an easy walk across the road to browse around in the Family Dollar store while waiting.  Here’s a tip though if you are Canadian.  Be sure not to get any Canadian quarters mixed in with the American quarters required for the machines.  One Canadian quarter in the mix and your machine won’t work. 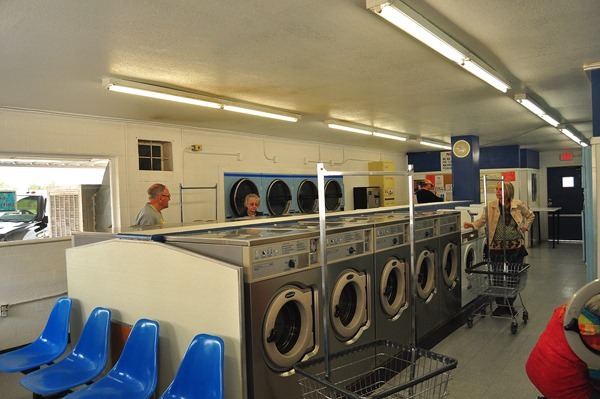 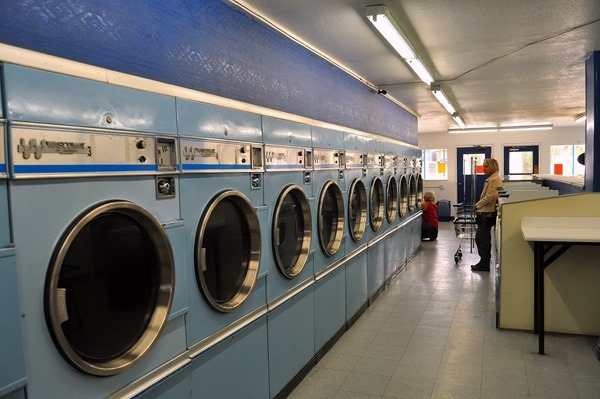 We met a lovely English couple this morning after receiving a blog comment a couple days ago.  And as it turns out they were our newest neighbors camped in a Leisure Van about a quarter mile north of us.  Joanne and Steve are from British Columbia and have been blog readers for a couple years.  They were in transit from Tucson to Yuma when reading my recent posts about Ajo and Darby Well Road decided to head this way and check it out.  Found themselves a nice campsite, liked the Darby area so much and decided to stay for a few days.  Sitting in my recliner I could look out and see them.  A couple emails back and forth and they stopped in to see us this morning around 8:30 on their way into Ajo and on to Yuma.  All the best to you Joanne and Steve and thanks for stopping by:)) 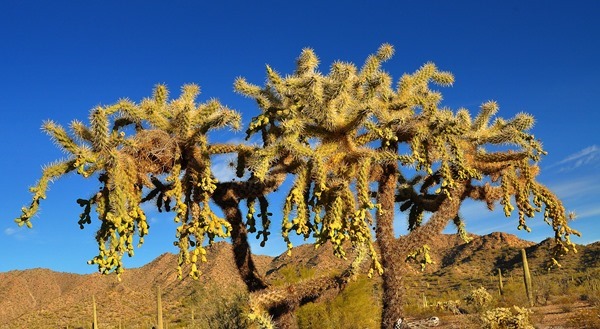 Laundry went off without a hitch and we took us for a wee paved road drive out the north-east end of Ajo to check out another boon-docking area we had heard about near the ‘Roping Arena’.  Not as scenic of course and very flat which a lot of folks would prefer but not exactly our cup of tea.  Back into Ajo with a stop at Olsens Supermarket for a few things.  There’s a nice car wash at the Shell Station down the road so figured we might as well get rid of that Borrego Badlands mud we had picked up a few weeks ago when we temporarily misplaced ourselves one day.  I did manage to get most of it off except for some hard stuff in the wheel wells which I figure we’ll have jack hammer when we eventually get back to Bayfield. 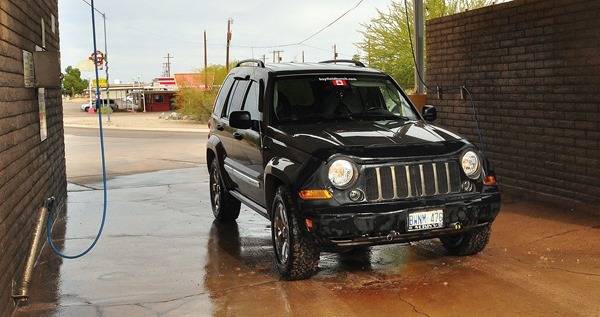 HOLY POWERWASH BATMAN DID WE GET OURSELVES A NEW JEEP

LOOKS LIKE THIS FELLOW BUILT HIS OWN LITTLE HOUSE ON THE BACK OF HIS TRUCK. 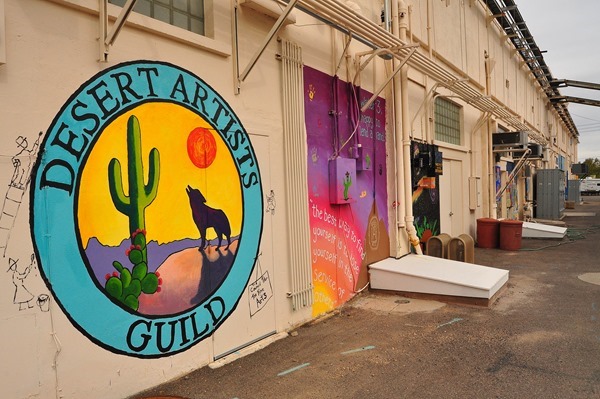 A stop at the Ajo Visitor Center for a few pamphlets then off to Estrellas to try out the burgs there we had heard about.  Two thumbs up for Estrellas Angus burgs and home cut fries.  With tummies full we headed off back out to our rig and that was pretty much it for the day.  The overhead cloud cover did see fit at one point to drop about a dozen rain drops on our roof at one point.  Clouds did kinda break up a bit later in the evening. 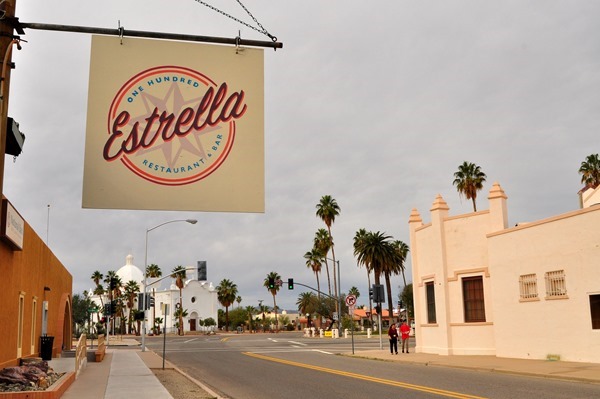 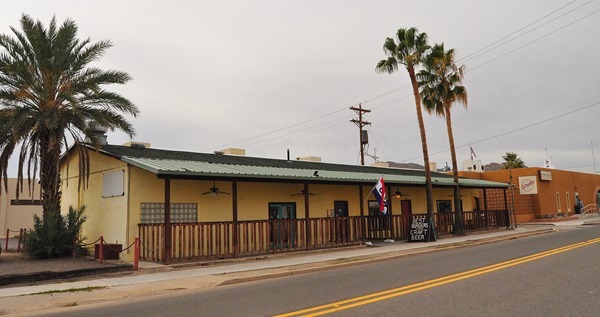 DOWNTOWN ESTRELLAS IN AJO’S SOUTH END RIGHT ON THE HIGHWAY 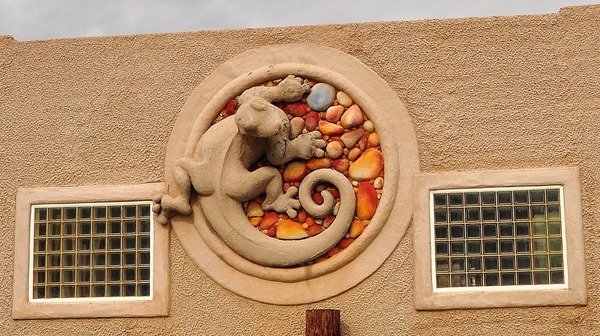 Donna from Cave Dwellings asked the question,  Q: Do you treat your toilet every time after you dump your black tank? A: Yes we do and we use Thetford Aqua-Kem to which we add a touch of Dawn dish soap and a wee splash of Calgon Water Softner with those last 2 working great for keeping sensors free of any crud.  And Dennis over at Belly Acres RV Park in Ajo told us Camping World sells a product called Commando Black Tank Cleaner that is great for breaking up solids as well.  Sure beats having to get into the tank with a sledge hammer!!

I saw something in Pheebs water dish Sunday afternoon and upon closer inspection noticed a small bee had apparently flown in and drowned.  As I reached down to fish it out I saw a tiny leg movement so I carefully put my finger under the little fella and lifted it out of the water.  The bee’s wings buzzed for a second so I quickly took him outside and gently placed it on a lawn chair in the warm sun then sat down in the other chair and watched the little fella slowly come back to the land of the living.  Soon it’s wings were buzzing and he began walking around a bit.  As I offered a few words of encouragement It appeared to be cleaning it’s face with it’s front legs and moments later shook itself off with a happy little buzzing sound and took to the air.  That little bee made my whole day……. 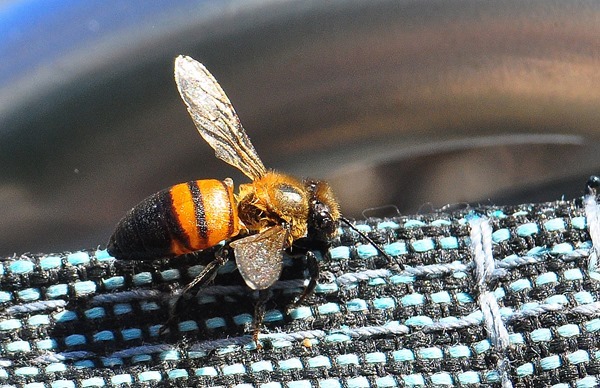 GROANER’S CORNER:(( About a century or two ago, the Pope challenged the Jewish community of Rome to a debate.  The Jews looked around for a champion who could defend their faith, but no one wanted to volunteer. It was too risky. So they finally picked an old man named Moishe who spent his life sweeping up after people to represent them. Being old and poor, he had less to lose, so he agreed. He asked only for one addition to the rules of debate. Not being used to saying very much, he asked that neither side be allowed to talk. The Pope agreed.The day of the great debate came. Moishe and the Pope sat opposite each other for a full minute before the Pope raised his hand and showed three fingers. Moishe looked back at him and raised one finger. The Pope waved his fingers in a circle around his head. Moishe pointed to the ground where he sat. The Pope pulled out a wafer and a glass of wine. Moishe pulled out an apple. The Pope stood up and said, "I give up. This man is too good. The Jews win." An hour later, the cardinals were all around the Pope asking him what happened. The Pope said, "First I held up three fingers to represent the Trinity. He responded by holding up one finger, to remind me that there was still one God common to both our religions. Then I waved my finger around me to show him, that God was all around us. He responded by pointing to the ground, showing that God was also right here with us. I pulled out the wine and the wafer to show that God absolves us from our sins. He pulled out an apple to remind me of original sin. He had an answer for everything. What could I do?"
Meanwhile, the Jewish community had crowded around Moishe, amazed that this old, almost feeble-minded man had done what all their scholars had insisted was impossible. "What happened?" they asked. "Well," said Moishe, "first he said to me that the Jews had three days to get out of here. I told him that not one of us was leaving. Then he told me that this whole city would be cleared of Jews. I let him know that we were staying right here." "And then?" asked a woman.  "I don't know," said Moishe. "He took out his lunch and I took out mine."
Posted by Al Bossence at 1/09/2017