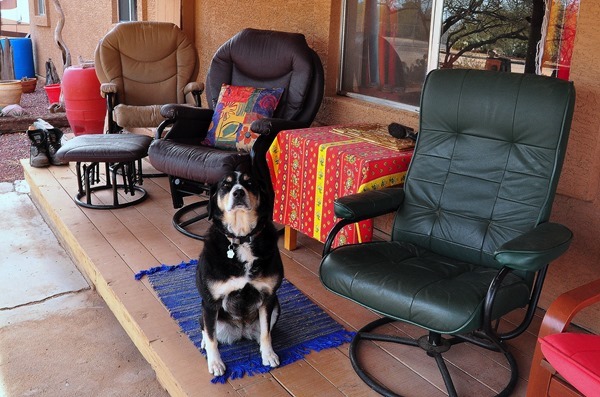 “DAD, IS THERE SOMETHING YOU HAVEN’T TOLD ME ABOUT YOUR TRIP TO WICKENBURG THIS MORNING”

Noticed a few days ago the right passenger side tire on the Jeep appeared to look soft so checked the pressure and it was down.  Taking a deep breath I blew the tire back up to 33 pounds but noticed the pressure was down again this morning. 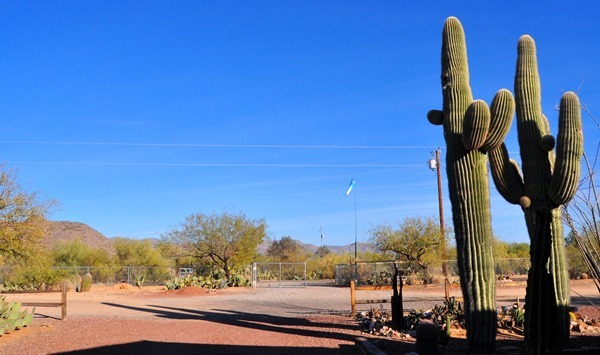 VIEW FROM MY BEDROOM WINDOW AND NO THOSE TWO SAGUAROS ARE NOT LEAING OVER, IT’S MY WIDE ANGLE CAMERA LENS DISTORTING THE PHOTO 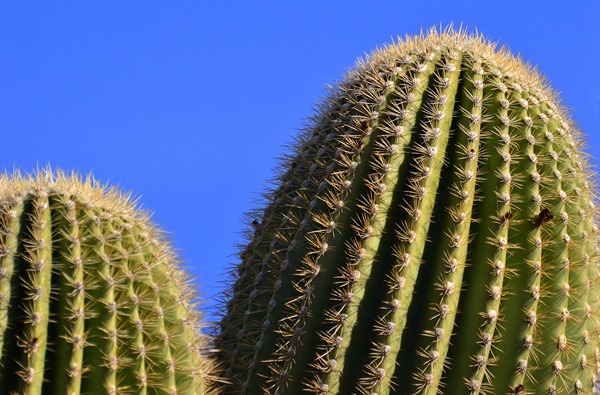 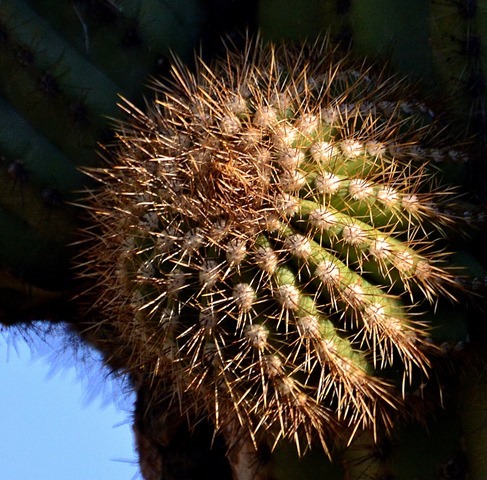 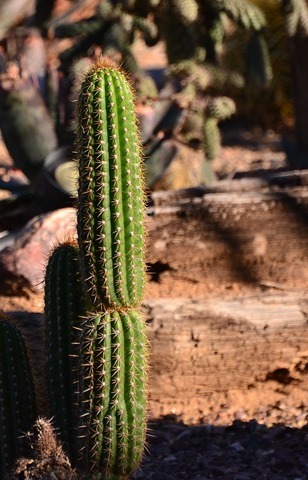 In a rare move I left Pheebs at home and headed straight away to Wickenburg Tire on Tegner Street, Wickenburg.  They took me right in and found a leak at the valve stem.  What is it with leaky valve stems anyway!!  Same problem we had with the tire that finally blew out west of Albuquerque NM last March.  With that leaky valve stem repaired it was down the street to O’Reilly Auto parts for a couple quarts of motor oil.  Quick stop at Bashas for a jug of milk then swung south on highway 93 to see if Burger King was open yet and it was.  Well I didn’t really feel like a Whopper but because I was there and curious to see their new digs I went in and ordered me up a Whopper anyway.  Plus a coffee.  Whopperized myself in the parking lot and drank the coffee on my way back to Congress.  Burger King does build a better burger than McDonalds but McDonalds brews a better cup of coffee than Burger King. 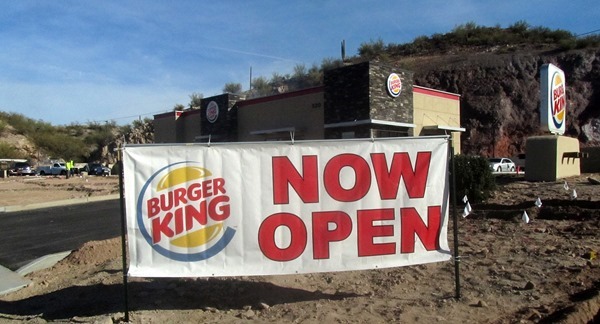 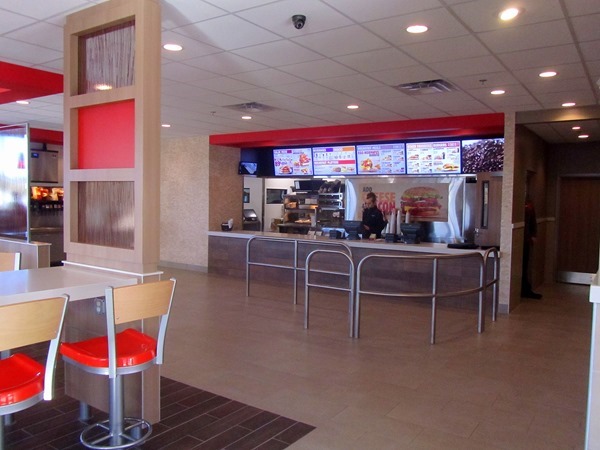 We were due to have our septic tank inspected this morning but an early phone call said the driver was sick and could they do it Tuesday.  If I had to do that job I would be sick too. 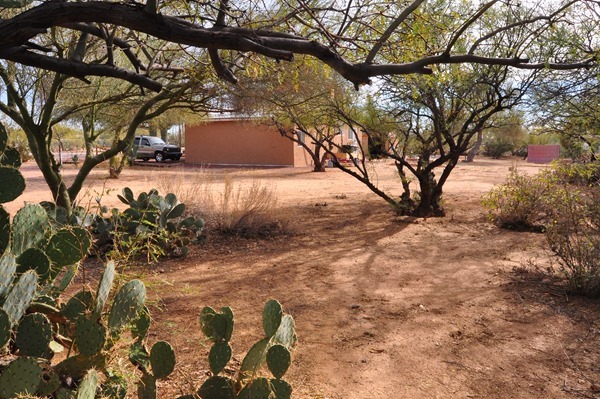 A FEW VIEWS AROUND THE PROPERTY 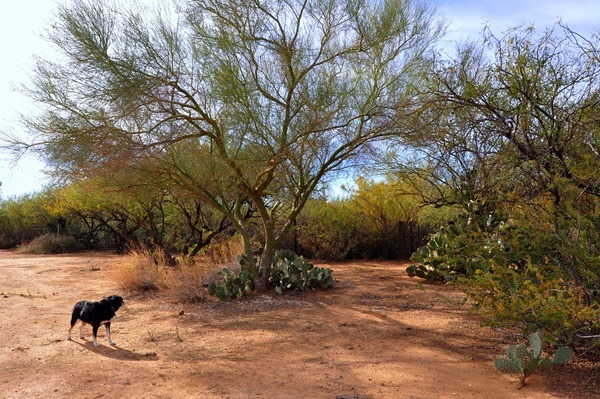 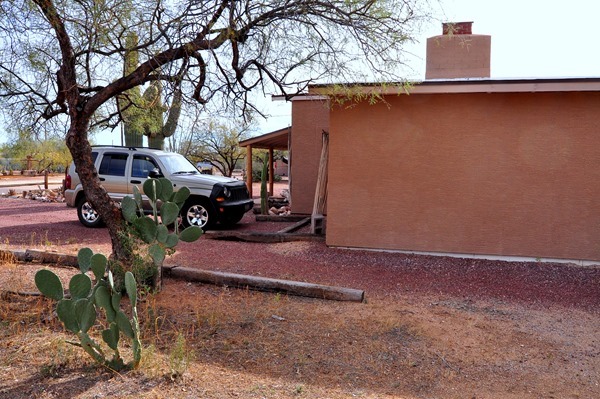 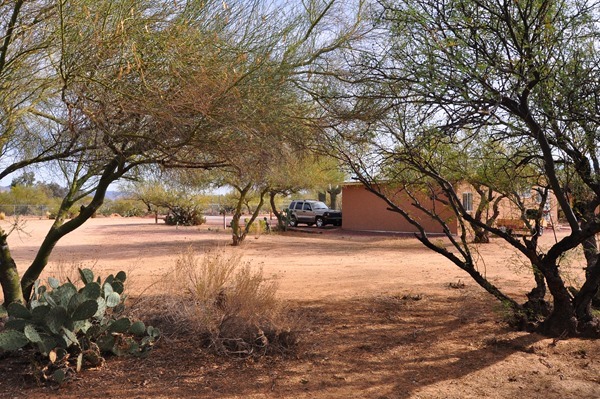 Still more puttzing around with small stuff today but things are steadily coming together.  Right now the ‘waiting’ is the hardest part…………. 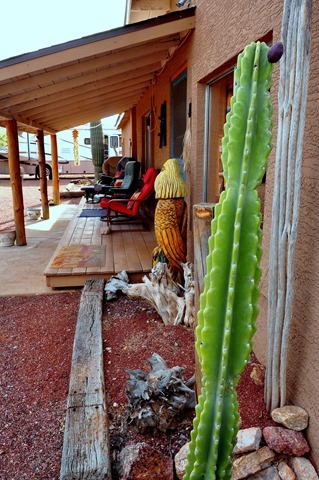 A passenger train is creeping along, slowly. Finally it creaks to a halt. A passenger sees a conductor walking by outside. "What's going on?" she yells out the window. "Cow on the track!" replies the conductor. Ten minutes later, the train resumes its slow pace. Within five minutes, however, it stops again. The woman sees the same conductor walking by again. She leans out the window and yells, "What happened? Did we catch up with the cow again?"

Why did the blonde freeze to death at the drive-in?   She went to see "Closed for the Season."

A man and his wife are sitting at the kitchen table, which is next to the window. The man's name is Rudolph, and since he is Russian, people call him "Rudolph the Red." Rudolph looked out the window and said to his wife, "Oh look honey, it's raining outside." She looks out as well and says, "No, I think that is snow." He looks at her and says, "Rudolph the red knows rain dear."