We were the only vehicle in the entire Walmart marking lot this morning simply because it was not a 24 hour store.  I went to sleep Tuesday night around 10 while Kelly stayed up till midnight monitoring the election on C-Span & twitter. She said sometime around midnight she heard car horns honking and gunshots.  Thankfully I missed all that. 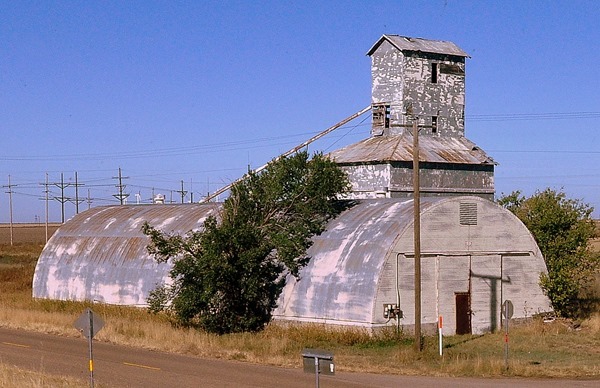 Disappointed to see a solid morning cloud cover hanging over us as we resumed our journey northwest on highway 287.  It was 6:40 a.m.  Lite traffic as we steadily plodded onward.  Still tired and still not quite feeling up to par as we passed through little towns along the way.  Far ahead on the horizon we caught a glimmer of hope when we saw a thin line of clearing which steadily began to grow towards us.  It was about 20 miles south of Amarillo Texas when we finally drove out from under that cloudy gloom into a big blast of feeling good bright sunshine.  What a boost and we both right away began feeling better.

How nice to finally merge onto I-40 at Amarillo and point Libby’s nose due West.  With sunshine lighting the way we immediately felt we were at long last back into our favorite element, the great American Southwest.  From the golden grasslands of the Plains we began to see small Mesas lifting up from the valley floor.  Yep we were at last back in the wild and woolly West.

FINALLY MERGED ONTO I-40 HEADING WEST

MAKING OUR WAY WEST THROUGH AMARILLO TEXAS
Knew there was a small mountain at Tucumcari so I scanned the horizon ahead and finally spotted it about 20 miles away.  Shortly thereafter we were in McDonalds parking lot in Tucumcari grabbing a couple coffees to go as well as some fuel at a Shell station next door.  Took Pheebs for a short walk while Kelly slipped in for the coffee and thought how nice to feel the gentle warmth of the Sun on my skin as well as the energy inducking cooler fresh air.  We are both soooooooooo glad to be back in the good old American Southwest:))))))))))))

LOVE THE WIDE OPEN SPACES HERE IN THE WEST

A lot of rolling hills and long grades as we made our way westward with the goal in mind of reaching the Route 66 Casino west of Albuquerque New Mexico.  So happy to say the Big EEE handled all the grades with ease and we never had any problems at all.  No engine stuttering, no sudden loss of power and and no glaring engine light flashing.   Again a big thanks to Chris the Jeep Guy for solving our rig’s mass air flow problem that had plagued us for the best part of 2 years. 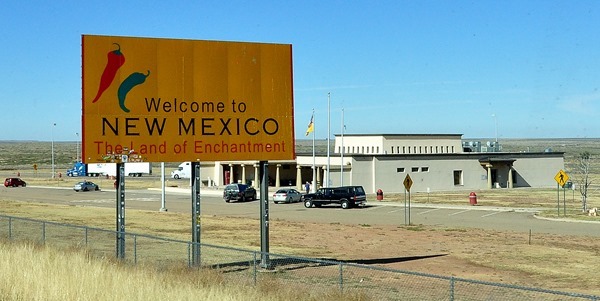 Spotted my first snow capped mountains west of Santa Rosa when I looked off to the Northwest in the direction of Las Vegas New Mexico.  Oh how I look forward to seeing my beloved mountains every year we come here.  I fell in love with mountains right from the first time I ever saw them in Washington State back in the early 70’s.  Each time when we head home in the Spring it is with great sadness I watch them slowly disappear in my side mirror wondering if I will ever seem them again.  Mountains are like old best friends.

WORKING OUR WAY THROUGH THE SANDIA MOUNTAINS

THIS IS A LONG WINDING GRADE WHETHER COMING UP OUT OF OR GOING DOWN INTO ALBUQUERQUE….TODAY WE WERE GOING DOWN
I had hoped to reach Albuquerque before the afternoon rush began and by golly we just made it as we rolled through Albuquerque around 3 o’clock.  Traffic was moderate and flowing fast so we just went with it and in no time we rocketed right out the other end of Albuquerque and made our way another 7 or 8 miles to the Route 66 Casino parking lot.  It was going on 4 o’clock and we were home for the night. 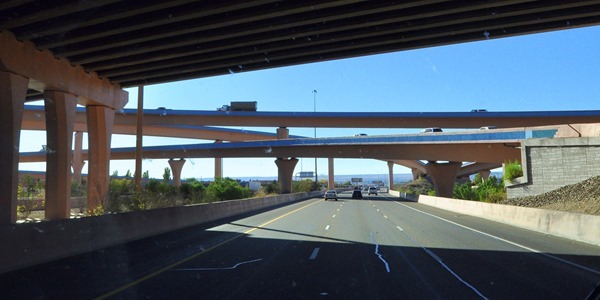 Still plenty of warm sunshine as we made our way around behind the Casino to an area we were very familiar with.  We have probably used this Casino parking lot area a half dozen times over the years for overnight stops.  Not unusual for half a dozen RV’s to be here overnighting but tonight there is only us and one other Class A. 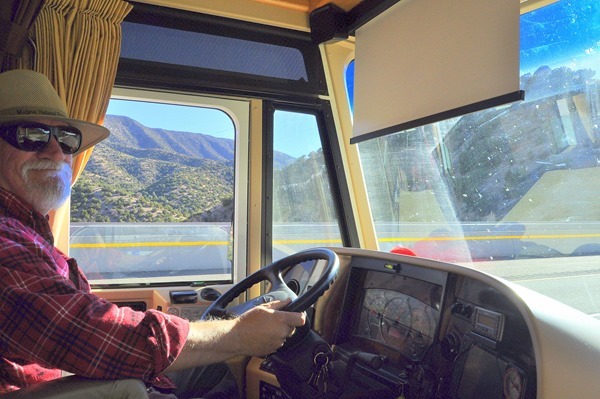 ROLLING THROUGH NEW MEXICO’S SANDIA MOUNTAINS
With 458 miles behind us today we are less than 500 miles from our destination of Congress Arizona so we could conceivably be home late Thursday afternoon but I’m kinda hoping we don’t do that.  Would be much nicer if we got home on a leisurely Friday morning with the rest of the day spent catching up with ourselves.  Checked the Congress weather for next week and it’s all sunshine with the temps in the low to mid 70’s every day.  Now those temperatures are totally to our liking and for me it’s about as close to perfect as I can get.

GROANER’S CORNER:((  A Husband took the wife to a disco on the weekend. There was an extremely well dressed, physically fit, good looking guy on the dance floor. He was waltzing, fox-trotting, calipsoing, break dancing, moon walking, doing back flips, smiling and having a great time.  The wife turned to her husband, who isn't much of a dancer, and said: "See that guy? 25 years ago he proposed to me and I turned him down."  Husband says: "Looks like he's still celebrating!"
-----------------
- There was a man who said, "I never knew what happiness was until I got married...and then it was too late!"
- Love is one long sweet dream, and marriage is the alarm clock.
- They say when a man holds a woman's hand before marriage, it is love; after marriage, it is self-defense.
- When a newly married man looks happy, we know why. But when a ten-year married man looks happy, we wonder why.
- A true gentleman is one who never swears at his wife while ladies are present.
- A husband is living proof that a wife can take a joke.
- Marriage is like a mousetrap. Those on the outside are trying to get in. Those on the inside are trying to get out.
- Marriage is the process of finding out what kind of man your wife would have preferred.
- Marriage is the sole cause of divorce.
- Marriage means commitment. Of course, so does insanity.
- Marriage still confers one very special privilege - only a married person can get divorced.
- Marriage: the only sport in which the trapped animal has to buy the license.
Posted by Al Bossence at 11/09/2016