PICKED UP A FEW ‘ESSENTIALS OF LIFE’ THIS MORNING

Running short of one of the basic essentials of life Pheebs and I headed into Wickenburg first thing this morning to pick us up some peanut butter.  Added to that was a big jug of skim milk, 2 tins of chicken noodle soup and some Yogurt. From Bashas' supermarket it was a short hop around a couple of Wickenburg’s main streets to wing ourselves half way around a round-a-bout with a left turn into McDonalds. 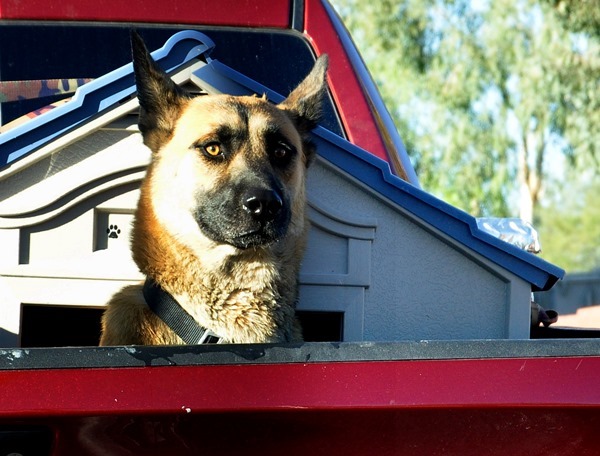 Why oh why oh why these American McDonalds down here haven’t clued into the wondrous baking of muffins yet is still one of life’s little mysteries for me.  Pheebs and I had to settle for a couple Burritos of which we ate one and saved the other for later. (I’d much sooner have a carrot muffin)  With a coffee to go as well we slipped through the drive-thru and headed out the back way hooking up with Constellation Road about a block away.  We did this same route a week ago this morning but only in reverse. 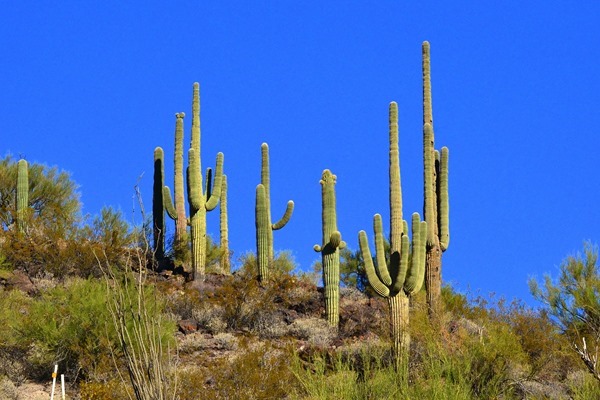 This is for you and Google Earth Stu.  We angled left off Constellation onto Blue Tank Road and followed that to the river wash stop sign at Rincon Road.  Turned right for a short bit and briefly considered turning right again into the Hassayampa dry river bed heading for Box Canyon.  I thought better of that after noticing some slightly lower wet spots on Blue Tank road.  With rains Sunday & Monday I figured the sandy Hassayampa river bottom might not be a good place for Pheebs and I to be this morning so we by-passed that thought and continued along Rincon Road to the gravely stop sign at Scenic Loop Road.  Instead of turning left for home we turned right on Scenic Loop and puttered along out that way towards the Boyd Ranch for a couple miles before turning around and heading for home.  Scenic Loop Rd ends it’s westerly direction at highway 93 and that’s where we were back on pavement again. 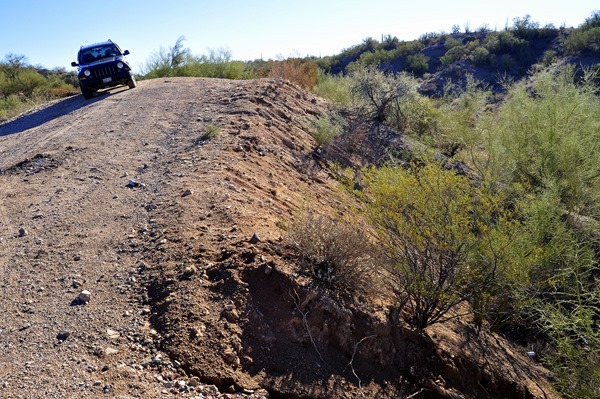 Traffic on 93 reminded me of Whackoville.  Just a steady stream of speeding vehicles headed both ways and everybody with their foot to the floorboards.  Had to wait awhile to make a right hand turn then drive like totally nuts to keep up with all the the Whack jobs and not get run over.  I think everybody was on 2 wheels going around that last ‘big spurs’ round-a-bout north of Wickenburg.  Fortunately it was only a short distance before we got ourselves out of the maniac pre-Thanksgiving traffic and headed the final leg to Congress on highway 89.  Luckily we made it all the way without half a dozen local pick-up truck grills embedded in our rear window.  I complain about this narrow race track stretch of highway every year and rightfully so.

HEADING SOUTH ALONG SCENIC LOOP TOWARDS THE BOYD RANCH…..…..I’LL BET JIM AND BEV WAY OUT THERE IN IDAHO KNOW ALL ABOUT THESE ROADS AND AREAS I’M TALKING ABOUT EH GUYS:)) 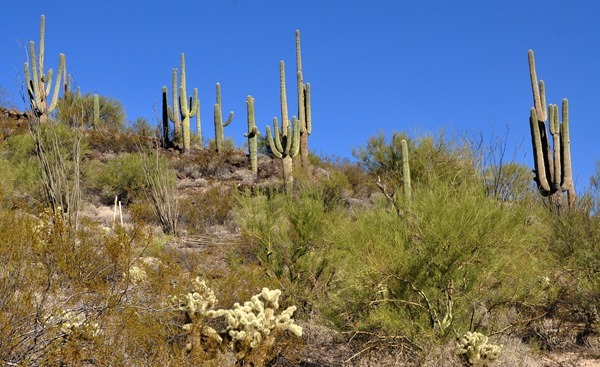 We were home before noon and that was it for our day.  More reading, some TV and computer stuff and a bit of scratching around in the dirt outside.  And that was about it…………..

GROANER’S CORNER:(( Two old women were sitting on a bench waiting for their bus. The buses were running late, and a lot of time passed. Finally, one woman turned to the other and said, "You know, I've been sitting here so long, my butt fell asleep!'.  The other woman turned to her and said "I know! I heard it snoring!"

There are a lot of folks who can't understand how we came to have an oil shortage here in America.  Well, there's a very simple answer.
Nobody bothered to check the oil.  We just didn't know we were getting low.  The reason for that is purely geographical.  All our oil is in Alaska, Texas, California, and Oklahoma while all our dipsticks are in Washington, DC.

Two campers where hiking in the forest when all of a sudden a bear jumps out of a bush and starts chasing them.  Both campers start running for their lives when one of them stops and starts to put on his running shoes.  His partner says, "What are you doing? You can't outrun a bear!"  His friend replies, "I don't have to outrun the bear, I only have to outrun you!"