NEW BOSTON TEXAS TO VERNON TEXAS: A VERY TIRING DAY SO WE HAULED OURSELVES OFF THE ROAD EARLY 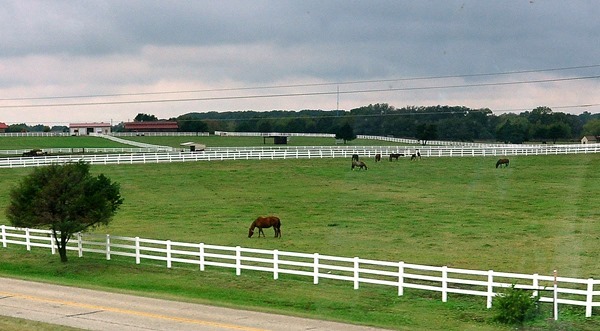 Thanks to Gordon Wolford from up there near that Ottawa place in Canada for noticing the mistake I made in my Monday posts title.  Moss Point is in Mississippi not Louisiana as I had  incorrectly stated.  And thanks to Martha for pointing out that the 2 bridge photos I took heading out of Baton Rouge were actually spanning the Mississippi River which I thought we had missed. Darrell at Goza's Wanderings and Wonderings also pointed that out as well.  And thanks to Gene S for identifying that unknown jet aircraft as an F111.  And while I’m at it just a great big thank you to all our readers for everything:))

I KNOW I KNOW, TOO MANY SAME-SAME ROAD PICTURES THESE DAYS

We had the big wheels rolling at 7:10 & after a quick fuel stop at the gas bar next to Walmart we were soon west bound on I-30 under a gray overcast sky.  But we didn’t go too far on I-30.    Our exit came up within about 5 minutes and we were soon off the interstate and headed northeast on highway 82.  I was so pleasantly surprised at the many improvements to this road since we last drove it about 6 years ago.  Much of the old 82 has been totally rebuilt and widened with new pavement running through sections of 3 and 4 lanes across.  Passing lanes added as well and the improvements just got better the farther we went. 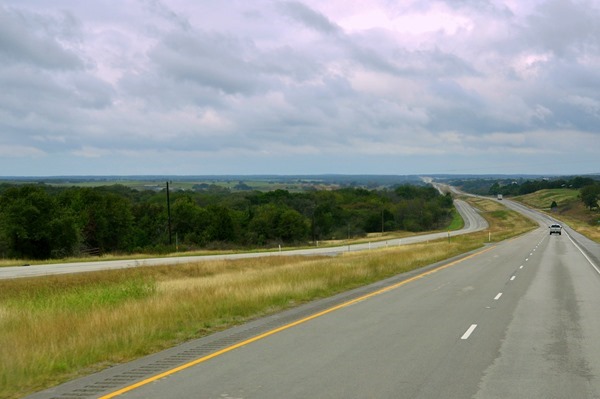 ROLLING ACROSS THE TEXAS PANHANDLE ON HIGHWAY 82

The town of Paris has really grown and this time it didn’t chew us up and spit us out like a couple other times years ago.  Gainesville was not as I remembered it and I’m thinking they must have totally rebuilt the highway going through there.  I was so impressed with all the improvements.  Wide open spaces through gently rolling hills and had it not been cloudy with periods of rain I’m sure the scenery would have been very much more to our liking. 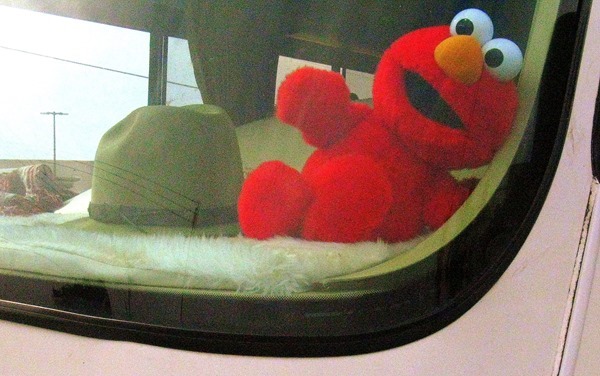 It was about 10 miles east of Sherman we spotted the big Cracker Barrel sign informing us of Sherman’s Cracker Barrel ahead.  We hadn’t even been thinking of stopping for breakfast but with that big signboards yummy suggestion we set a direct course for Crackle Barrel.  Could hardly believe how much Sherman has grown over the past 6 years.  Everything we saw looked new for miles.  Found us the Cracker Barrel and in we went.  A great bacon and eggs breakfast for us with enough grits left over to have myself a big bowl of grits with brown sugar and milk later.  I wouldn’t even think of eating grits without brown sugar and milk.  I think we have made more Cracker Barrel stops this trip than any other trip over the years.  I’m guessing our next Barrel stop will probably be on our way home next year in March. 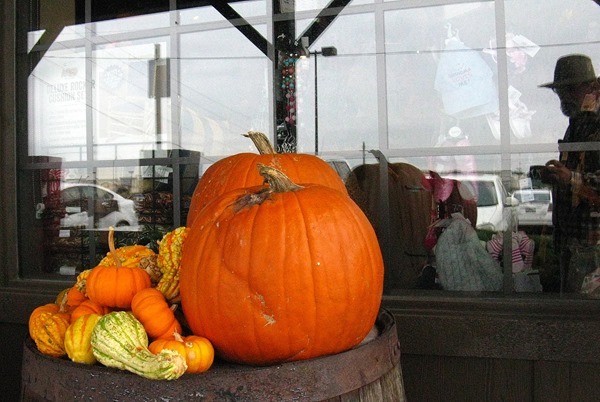 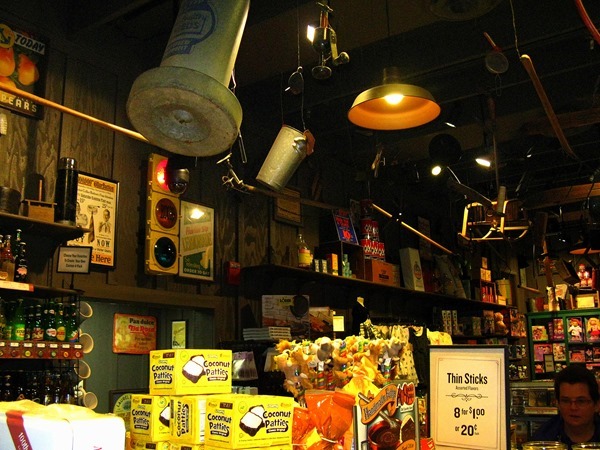 I KNOW I KNOW…..TOO MANY CRACKER BARREL PHOTOS THESE DAYS 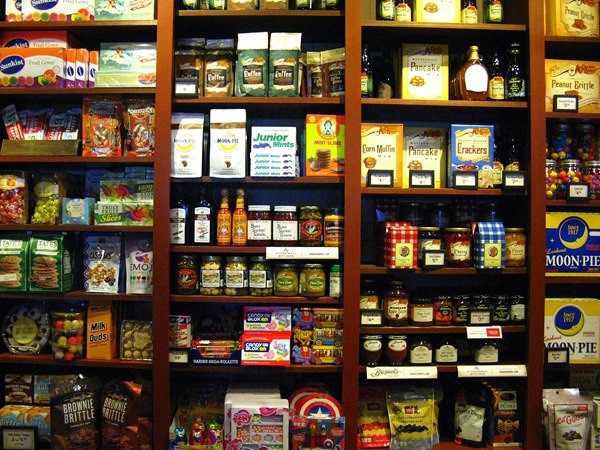 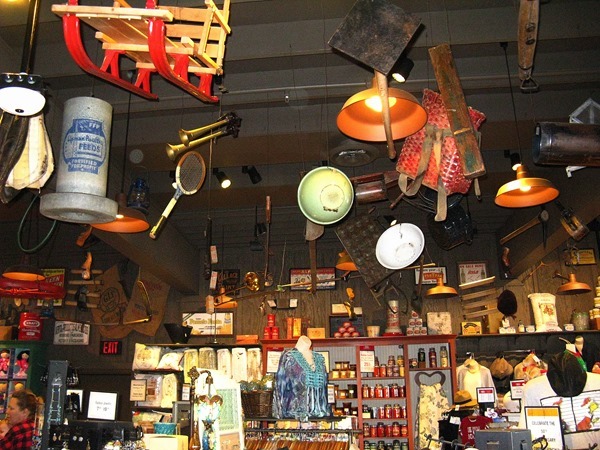 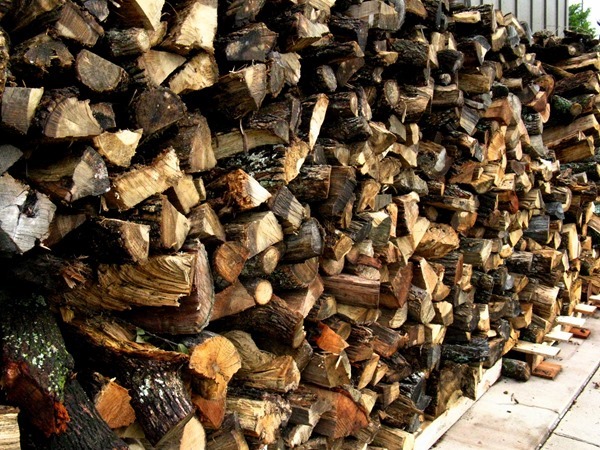 It wasn’t until we sat down to breakfast inside that I realized how tired I was feeling.  I knew we would not be making it to Amarillo today as I had hoped.  Figured we’d be lucky to make it another hundred miles and I was right.  By the time we reached Witchita Falls wind gusts laced with sporadic rain squalls were picking up and we were bucking some menacing head winds.  We were both really tired and knew we had to get ourselves off the road and stopped for the night.  We pushed west to Vernon Texas and that was it as our Garman Gertie GPS thankfully led us to a Walmart.  I think the last couple of fast paced days had caught up with us so we just dropped anchor in the parking lot and headed for our rest areas.  Kelly to her bed and me to my recliner.  It was shortly after 2 p.m. and we were down for the day with not enough energy left to blow our noses.  A 7 hour day with 298 miles behind us.

OUR OVERNIGHTER SPOT IN VERNON TEXAS……I KNOW I KNOW, TOO MANY WALMART PARKING LOT PHOTOS THESE DAYS

Well a major turning point in American history today and we did listen to some of the action on our Sirius Satellite radio this afternoon.  But only some of it and that was enough of that.  I’m actually glad we’re on the road traveling and that I have missed ‘all that stuff’ over the past couple weeks.  Sometimes less news is good news and for me this has turned out to be so true in regards to this election. 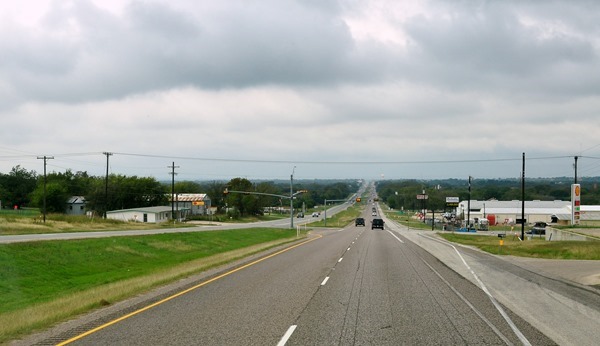 How nice late this afternoon to see a few rays of sunlight peering into our coach.  Skies finally began to clear and what a nice uplifting feeling that was.  Nothing like the warm soothing feeling of Old Sol’s rays to begin charging worn down depleted energy cells.  Works for me most every time.  I suspect we will be up early at the crack of dawn and on our way again. 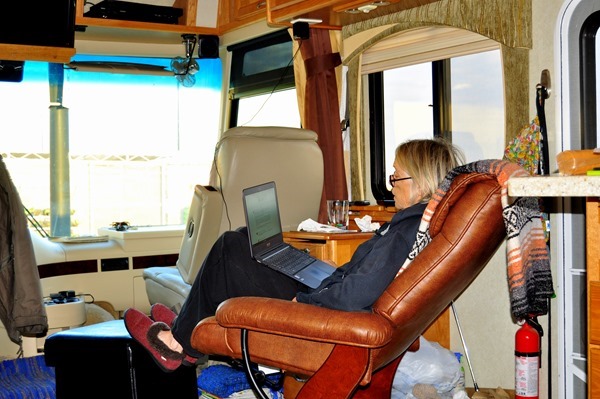 LATE AFTERNOON AT OUR HOUSE IN VERNON TEXAS

A little girl asked her father, "Daddy? Do all Fairy Tales begin with Once Upon A Time?"
He replied, "No, there is a whole series of Fairy Tales that begin with 'If Elected I promise...'"

“Did you know a sleeping bag is really a nap sack.”