MOUNTAINS IN THE MIST 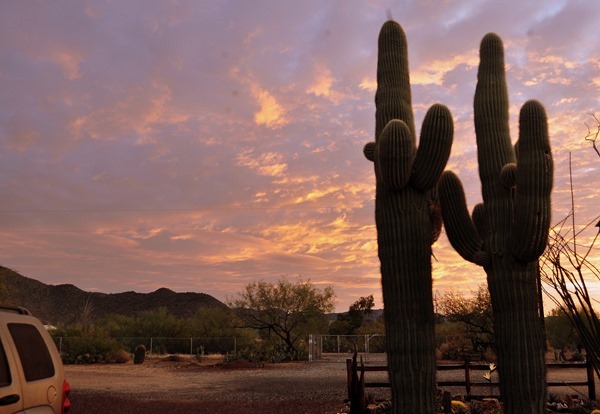 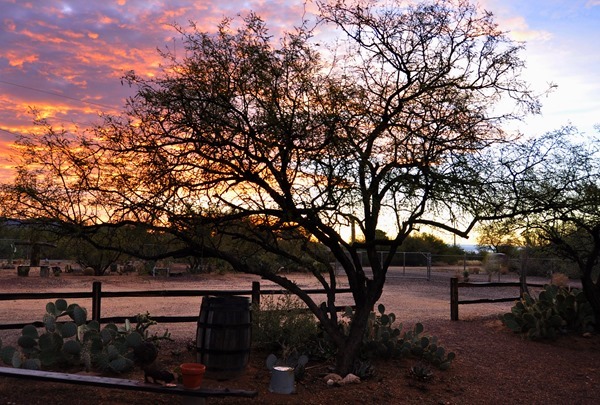 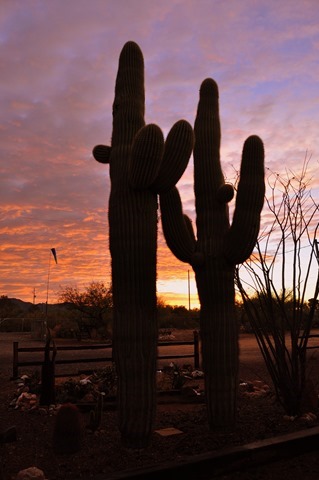 I’ve trimmed up all the trees on the property and raked up the grounds so there’s not a lot for me to do around here these days.  No point in me planting more cactus or starting any more projects so rather than sitting around watching TV or reading Pheebs and I again took the Jeep and headed off down the road.  Original idea was to head out into the desert behind our place to Indian Rock but walking to the Jeep I could see my breath.  Knowing the day was not going to get much warmer going for a walk held little interest for me.  I dislike cold just as much as I dislike hot!! 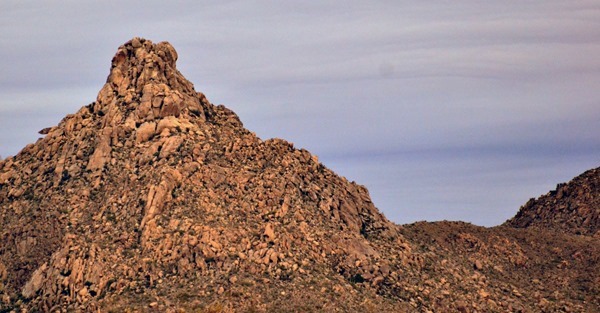 Talked it over with Pheebs and she agreed it would be warmer for us just to go for a ride in the Jeep and enjoy the scenery so that’s what we did.  At the end of Ghost Town Road we turned right and headed west on highway 71.  Not really sure where we were going so we just kept on going. 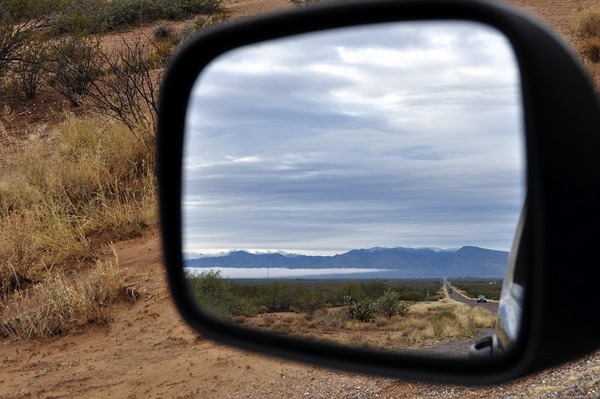 Noticed a lot of cloud banks sitting on the surrounding mountain tops with with long fingers of ground fog hanging low across the desert floor.  Far to the south about 15 miles away Vulture Peak was entirely fog shrouded but also noticed the bank of clouds was on the move.  Made a bunch of stops along highway 71 taking photos of the changing cloudscape on the distant horizon and soon saw Vulture Peak beginning to emerge from the mists.

LOOKING EAST TOWARDS THE WEAVER MOUNTAINS

VULTURE PEAK ON THE LEFT BEGINS TO EMERGE

VULTURE PEAK APPEARED AS A TRUE SKY ISLAND THIS MORNING

We followed highway 71 to highway 60 just east of Aguila and turned left heading back towards Wickenburg.  Mountain mists had lifted and our minds were on food now.  Had ourselves quite a time trying to decide between McDonalds, Subway or Burger King.  I was leaning towards a big Whopper but Pheebs finally talked me into a tuna sub at Subway so with that destination in mind we made our way into and down through the heart of Wickenburg to the south end of town where Subway was right next door to McDonalds.  Pheebs was ecstatic when I came walking out of Subway with a 6” Tuna Sub in hand.  Didn’t take us long to have our usual big mess going on with lettuce and tomatoes on my lap, gooey honey mustard sauce on the steering wheel, green pepper chunks between the seats and scraps of onions on the floor.    And of course a little bit of everything dribbled down the front of my shirt as well but I do think most of the Tuna ended up in our tummies somehow.

ALMOST LIKE A HUGE ALIEN SPACESHIP HOVERING OVER THE LAND

From Subway we backed out and drove a couple hundred feet to McDonalds drive-thru across the road.  One small coffee to go and away we went.  Could have taken our usual long dusty desert back road route to Congress but opted for taking highway 93 and set a course for home.  Swung ourselves around Wickenburg’s 3 round-a-bouts and half an hour later we rolled into our Ghost Town Road driveway.  Don’t think it was even 11 o’clock yet. 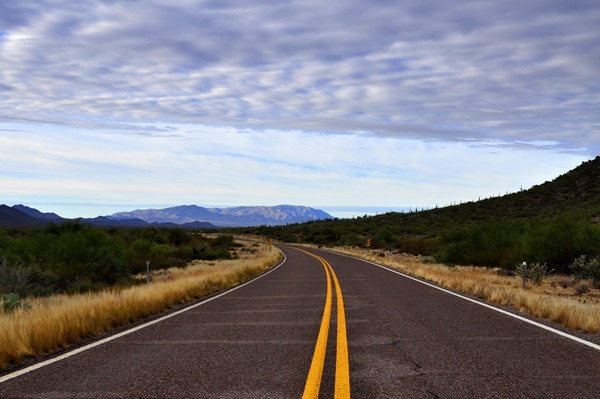 FARM TRACTORS ON A LARGE AGRICULTURE PROJET EAST OF AGUILA 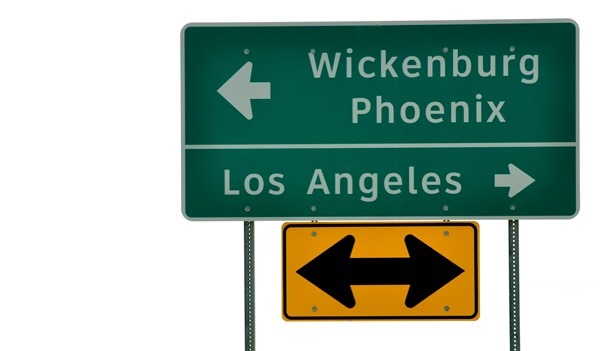 DECISIONS, DECISIONS, WHICH WAY TO GO…..WE KNEW WE WERE ONLY HALF AN HOUR AWAY FROM A TUNA SUB IN WICKENBURG SO THAT’S WHERE WE WENT

DROVE OURSELVES INTO SOME LIGHT FOG JUST WEST OF WICKENBURG

We did get a bit of sunshine this afternoon but the air remained cool with a daytime high on our outside thermometer of about 52F.  There was no sitting on the front porch reading today. 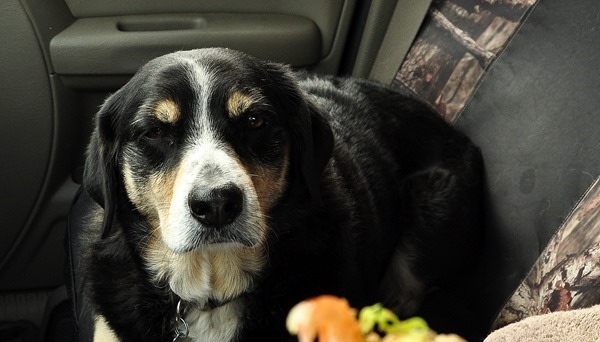 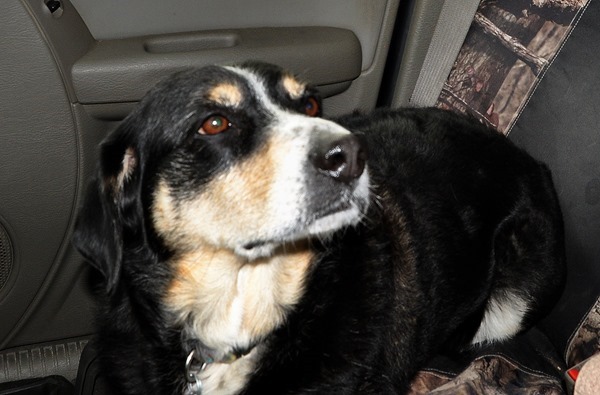 IS IT REALLY NECESSARY TO MAKE SUCH A BIG MESS DAD 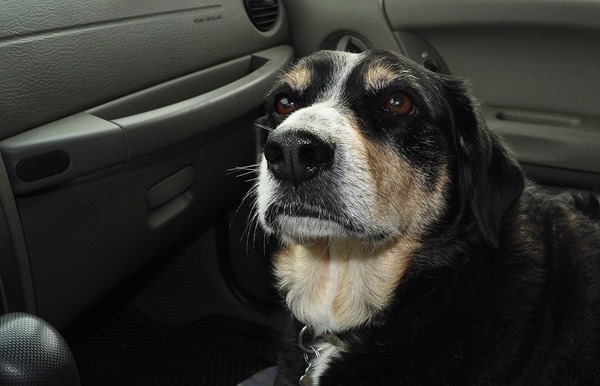 YES I’M AFRAID IT IS PHEEBS

WELL LET’S JUST GET AT ER AND GET THIS BIG MESS UNDERWAY THEN DAD:)))) 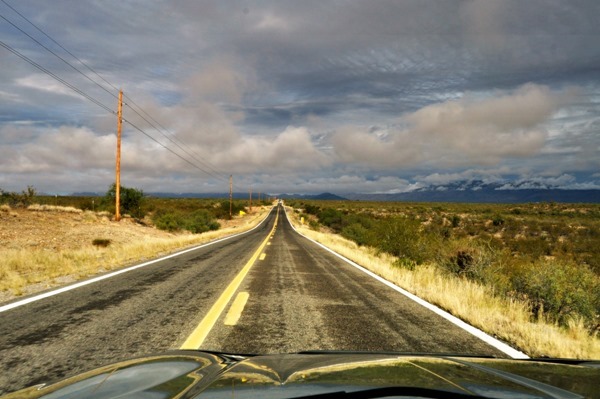 ON HIGHWAY 89 HEADING HOME WITH CONGRESS DEAD AHEAD ABOUT 5 MILES,,,.CLOUD SHROUDED WEAVER MOUNTAINS ON THE RIGHT

GROANER’S CORNER:(( A man is dining in a fancy restaurant, and there is a gorgeous redhead sitting at the next table. He had been checking her out since he sat down, but lacked the nerve to talk with her.  Suddenly she sneezes and her glass eye comes flying out of its socket towards the man. He reflexively reaches out, grabs it out of the air, and hands it back. "Oh my, I am so sorry," the woman says as she pops her eye back in place. "Let me buy you dessert to make it up to you."  They enjoy a wonderful dessert together, and afterwards, the woman invites him to the theater followed by drinks. After paying for everything, she asks him if he would like to come to her place for a nightcap...and stay for breakfast the next morning.  The next morning, she cooks a gourmet meal with all the trimmings. The guy is amazed! Everything has been incredible!
"You know," he said, "you are the perfect woman. Are you this nice to every guy you meet?"  "No," she replies.….. "You just happened to catch my eye.

A young lad's father picked him up from school to take him to a dental appointment.  Knowing the parts for the school play were supposed to be posted today, he asked his son if he got a part.  The boy enthusiastically announced that he'd gotten a part. "I play a man who's been married for twenty years."  "That's great, son. Keep up the good work and before you know it they'll be giving you a speaking part."