TURNED OUT TO BE A LAID BACK RELAXTION DAY 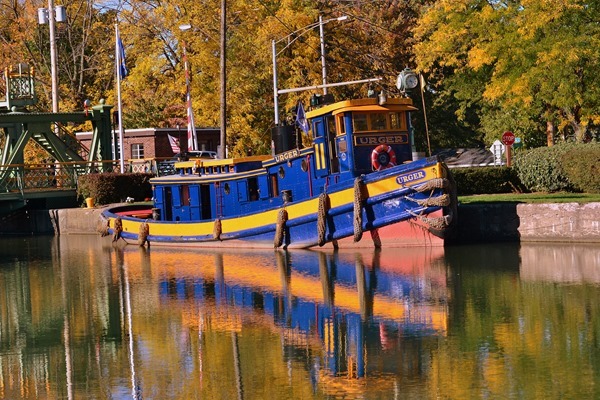 Clouds rolled in late Tuesday afternoon bringing with them rain in the evening as well as cooler temperatures.  Although temps were cool this morning we had ourselves a big bright sunny day.

LOOKING ALONG THE ERIE CANAL IN THE DIRECTION OF ROCHESTER NY
Kelly and her Mother had some shopping to do so they were off into the Village of Spencerport.  Pheebs and I spent most of the day around the rig just relaxing with a few walks to the back of the property, a bit of reading and some fussing around with a few little things in the coach.  A poor night’s sleep had left me feeling a little drained and draggy all day. 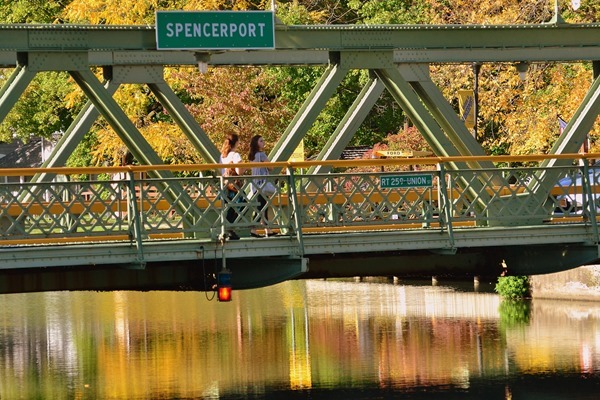 Had myself a little Geography mix-up in Tuesday’s post.  First, the multi-lane highway we were on is formally known as the Queen Elizabeth Way commonly referred to as the Q.E.W.  Also called the Queen-E as previously mentioned.  I said the Burlington Skyway bridge spanned the Niagara River and that of course was incorrect.  The Burlington Bay James N. Allan Skyway actually crosses the narrow bar separating Burlington Bay from Lake Ontario.  The Niagara River south of the Hamilton/Burlington area is the river which separates Canada from the United States.  Thanks to Chris and Caron for spotting my mistake. 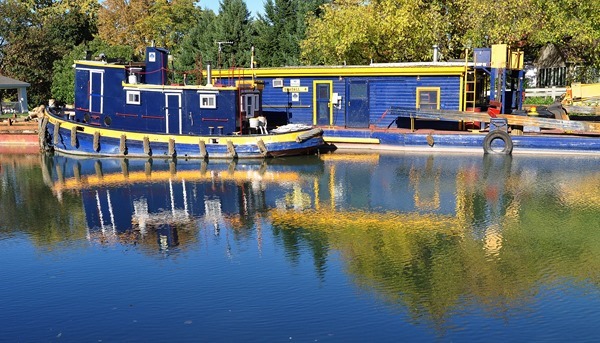 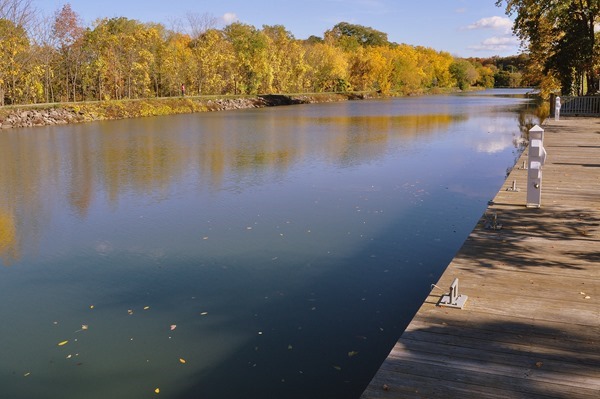 PLEASURE BOATERS CAN TIE UP HERE AND WITHIN A MINUTE OF SETTING FOOT ON THE DOCK CAN BE IN ABBOTT’S EATING FROZEN CUSTARD….SPENCERPORTS DOWNTOWN STORES AND SHOPS ARE RIGHT THERE AND EVEN SHOWERS AND REST ROOMS FOR BOATERS IN THE MUSEUM ALONGSIDE THE CANAL
Happy to say we have resolved our Verizon connection problem.  Not Verizon’s fault, just us hooking it up to the wrong Verizon Jet Pac.  We have an older 3G Jet Pac as well as a newer updated 4G one.  Of course we had forget we had the newer 4G and set everything up with the outdated 3G.  Soon as Kelly phoned Verizon explaining our mistake they were able to re-set everything and my computer is once again hooked into Verizon and ready to rumble. 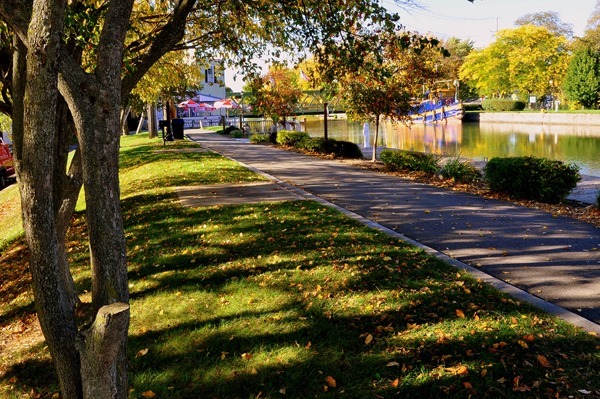 A phone call from Kelly’s sister saying her Doctor has Okayed her for travel means that she and husband Norm will fly in from Florida this Friday so Norm’s surprise birthday party is still a go for Saturday.   I think we are all going out for a fish fry Friday afternoon before Kelly, Pheebs, and I head off for Florida Saturday morning. 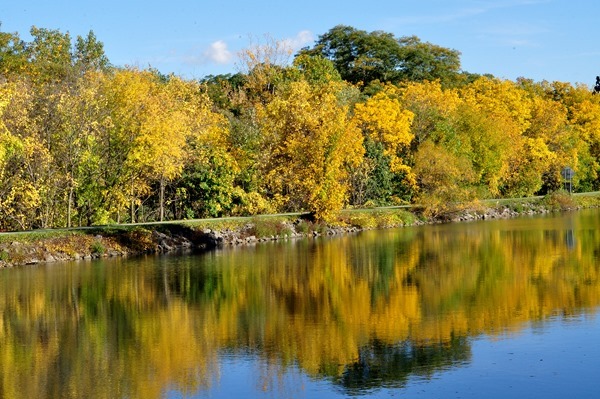 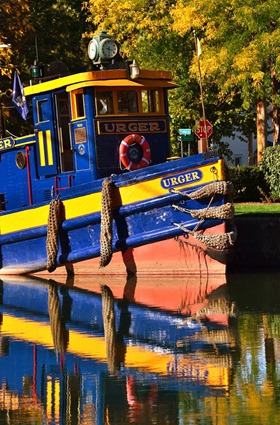 Pheebs and I slipped into Spencerport for a closer look at the Erie Canal which runs right through the picturesque little town.  ‘Built between 1817 and 1825, the original Erie Canal traversed 363 miles from Albany to Buffalo. It was the longest artificial waterway and the greatest public works project in North America’.  Kelly, with her Mother’s car had popped back into the village for some groceries and upon coming out of Abbott's Frozen Custard with a 12 pound cone in her hand spotted Pheebs and I over by the canal:)) 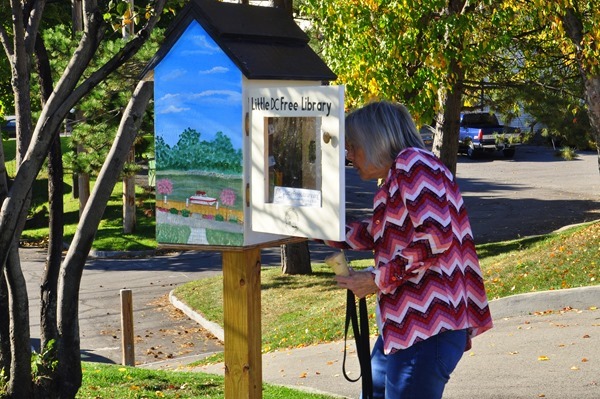 CHECKING OUT SOME FREE BOOKS AT DOCKSIDE 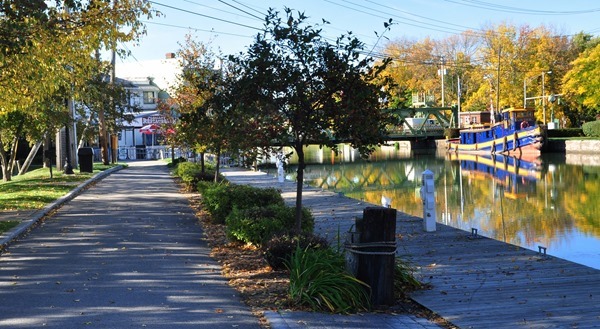 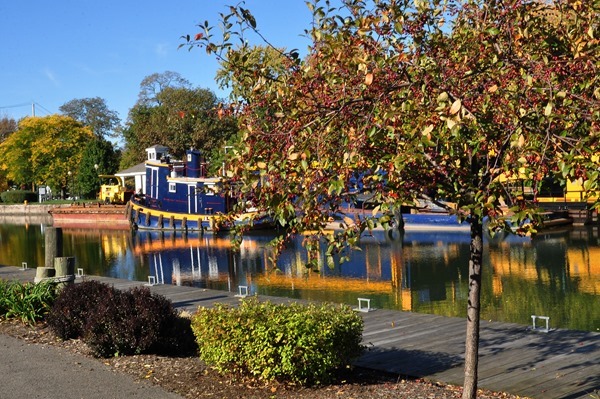 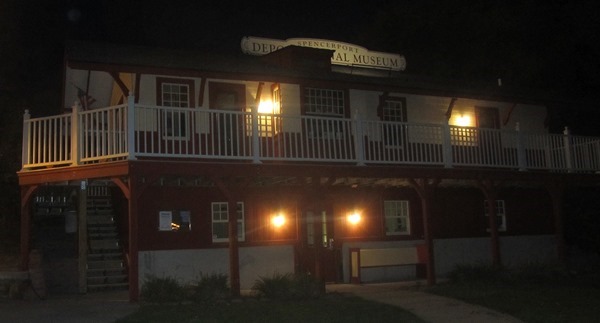 THE MUSEUM, WASHROOMS AND SHOWERS RIGHT BESIDE THE DOCK BEHIND ABBOTT’S FROZEN CUSTARD
Tonight shortly before 7 we drove half a dozen short blocks to Spencerport’s downtown area where we had supper at Texas Bar-B-Que.  For dessert we all headed ourselves on over to Abbotts for the best of ever for always anywhere custard ice cream. 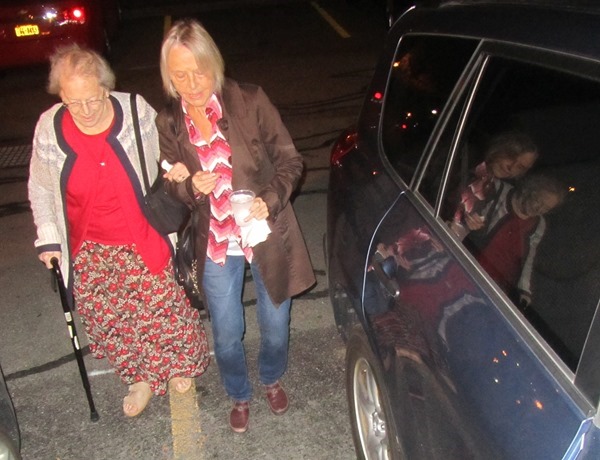 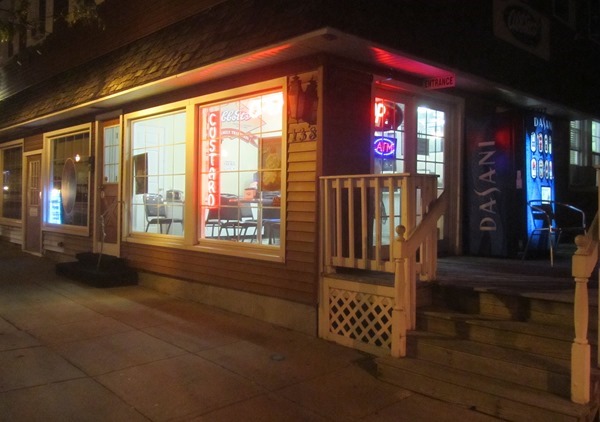 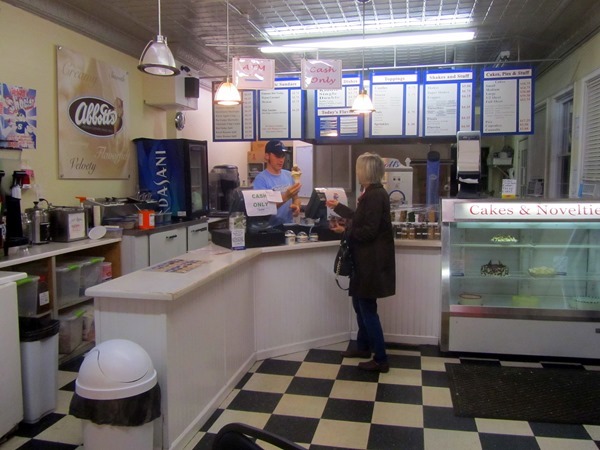 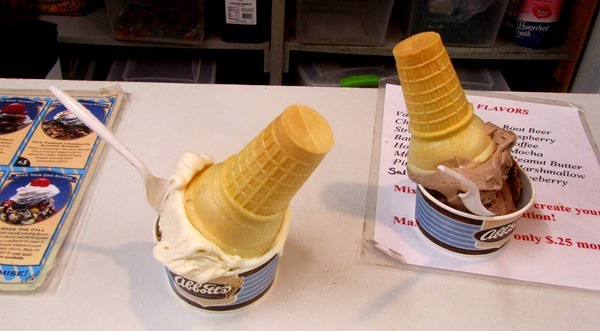 KELLY AND HER MOM HAD THEIR ICE CREAM IN PLASTIC CUPS 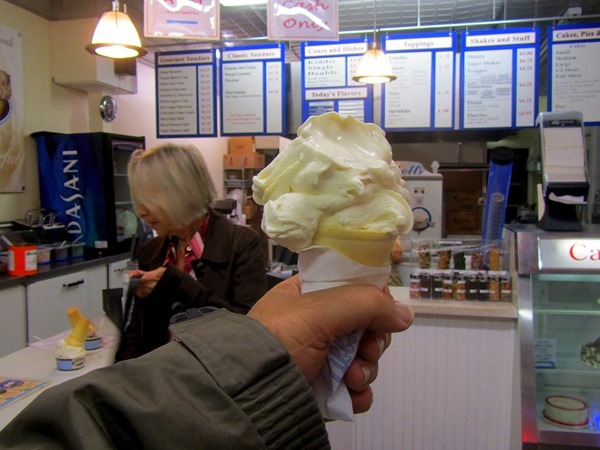 I FIGURED REAL MEN DON’T EAT NO ICE CREAM IN PLASTIC CUPS SO I GOT MY CONE STRAIGHT UP YESIREEEEE:))
GROANER’S CORNER:((  A girl was visiting her blonde friend, who had acquired two new dogs, and asked her what their names were.  The blonde responded by saying that one was named Rolex and one was named Timex.  Her friend said, 'Whoever heard of someone naming dogs like that?'  'HELLLOOOOOOO......,' answered the blonde. 'They're watch dogs'!
-----------------------
“I went to my doctor and told the receptionist that I felt like a deck of cards. She said, 'Have a seat, and the doctor will deal with you when he can.'”
Posted by Al Bossence at 10/19/2016