CAUGHT OURSELVES A COUPLE LUCKY BREAKS THIS MORNING 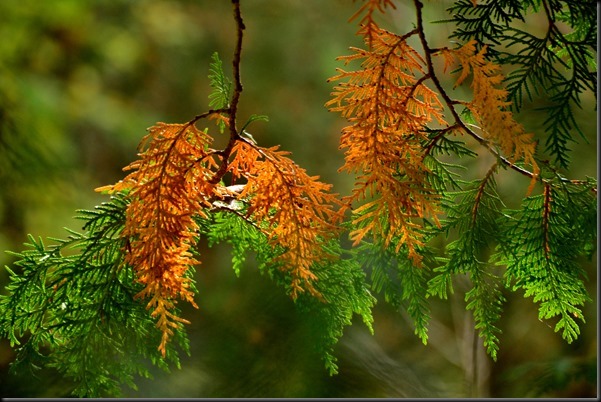 It is not often we get to see a Sunrise when we are home here in Bayfield from early April to late October but by golly driving the rig to Clinton this morning a sunrise we did see as we headed East.  During the Winter months in the Southwest we do see lots of Sunsets and Sunrises and I always look forward to that each season.  And oh that ever so dark night sky again with it’s sheer blaze of diamond studded stars from mountain top to mountain top.  To date the darkest night sky I have ever seen in our travels was near Utah’s Natural Bridges Monument.  I mentioned those dark skies in early November of 2015 in my post, Capitol Reef National Park to Natural Bridges National Monument.

SUNRISE ON OUR WAY TO CLINTON 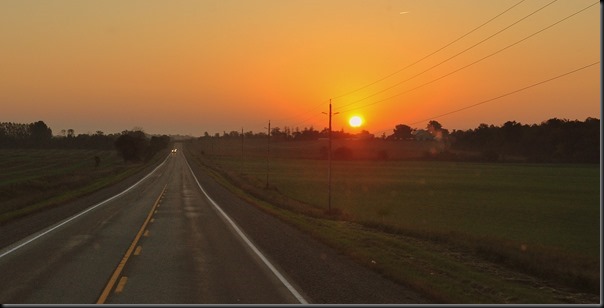 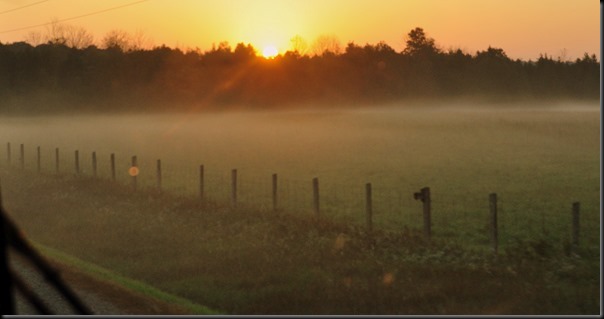 How lucky we were this morning to catch ourselves a double break at Huron Tirecraft.  Kelly and Pheebs came along and we had the rig there shortly before 8.  Met us a nice young tire tech by the name of Cody.  He had me put the coach’s levelers down to raise the rear dual wheels up while he checked out the suspect tire which turned out to be fine.  He then centered on the extender valve.  He loosened it a bit, sprayed the base with soapy water and a slow leak appeared.  Out with a wrench and securely tightened the extender and hopefully that solves the problem.  We will be monitoring that tire closely now to make sure there are no further troubles.  He also checked out our levelers while they were down saying they all looked good as well as the rest of the tires on the rig.  Personable fella and he was truly helpful in sharing his tire knowledge with us.   And what a lucky break not having to buy a new tire. 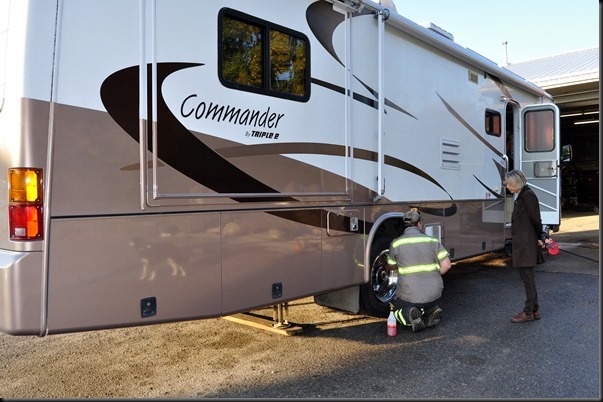 CODY WENT AROUND CHECKING ALL OUR EXTENDER VALVES AND TIRE PRESSURES
We caught our second break when Cody told us there would be ‘no charge’ for the nearly half hour he spent checking that tire out for  us.  I slipped into the office quick to thank Bob for Okaying that.  It was he and Bonnie who we bought our Jeep tires through a couple days ago.  Some days just unexplainably turn out better than other days eh!! 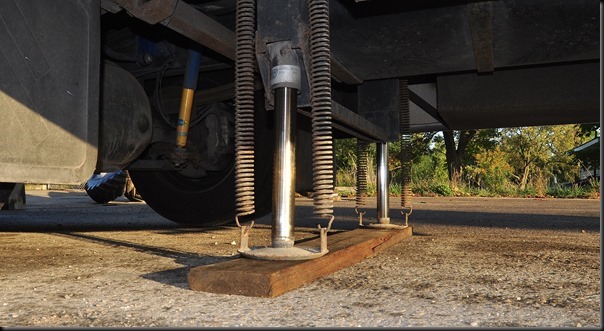 NOW HERE’S A RARE SIGHT…..THE BIG EEE WITH HER LEVELERS DOWN
With our Jeep still in at the Bayfield Garage (control arm) Pheebs and I were grounded for the rest of the day.  Took the opportunity to putter about in the rig fine tuning our interior for the coming travel days ahead. 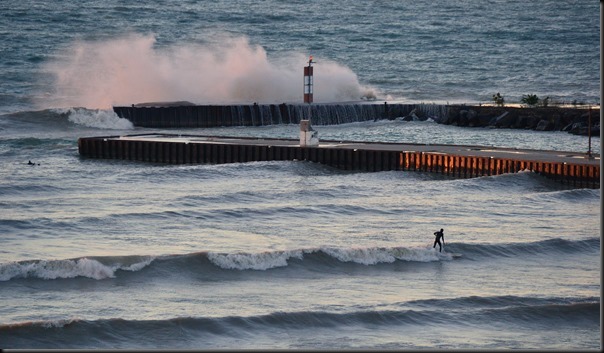 BAYFIELD HARBOR ON A STORMY DAY
With all this tire talk lately it again has us asking ourselves whether we should be investing in a tire monitoring system.  We have talked it over several times these past 10 years but we never did get around to doing it.  We are now having that same discussion again.  Our friends and fellow RV'ers Nina and Paul from Wheeling It  spent time researching tire monitoring systems back in 2014 before deciding on one and I went back and read her post.  Monitoring Our Ride

A BAYFIELD SUNSET OVER LAKE HURON
Bayfield Garage phoned shortly after 5 saying our Jeep was done including the undercoating so off we went to pick it up.  We combined the Motorhome’s bill with the Jeeps bill and watched as another thousand dollar bill fluttered off into the Sunset.   But it’s the price one has to pay for the lifestyle we have preferred these past 10 years.  Vehicles always need maintenance and repairs.   And we have three of them………..

A CLOSER LOOK AT THAT SAME SUNSET
GROANER’S CORNER:(( Two retired professors were vacationing with their wives at a hotel in the Catskills. They were sitting in rocking chairs on the veranda one summer evening, watching the sun set. The history professor asked the psychology professor, "Have you read Marx?"
To which the professor of psychology replied, "Yes, and I think it's these pesky wicker chairs."
---------------
Two cannibals meet one day. The first cannibal says, "You know, I just can't seem to get a tender Missionary. I've baked them, I've roasted them, I've stewed them, I've tried every sort of marinade. I just can't seem to get them tender."  The second cannibal asks, "What kind of Missionary do you use?"  The other replied, "You know, the ones that hang out at that place at the bend of the river. They have those brown cloaks with a rope around the waist and they're sort of bald on top with a funny ring of hair on their heads."  "Ah, ah!" the second cannibal replies. "No wonder...those are friars!"
Posted by Al Bossence at 10/06/2016