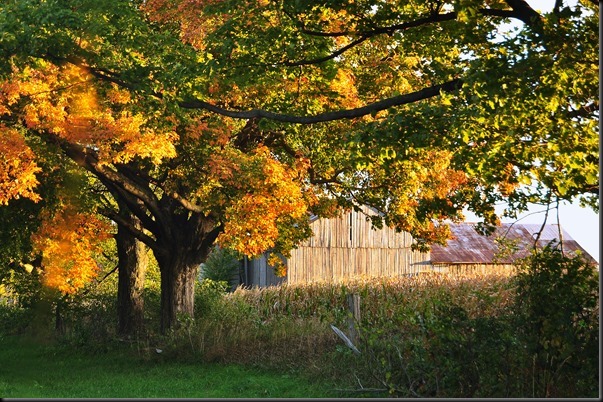 Unexpected over night rains had me awake at 2 a.m. and my day basically started from there.  Dozed off once or twice but finally gave in, snapped on the TV and fired up my laptop around 4.  Needless to say I ended up having a rather low energy slow day.  I think had I not been outside in my pajamas shortly after 2 flapping my way around closing shed doors and winding up windows I might have been alright and fallen back to sleep again but soggy PJ’s are just not conducive to a good sleep………………… 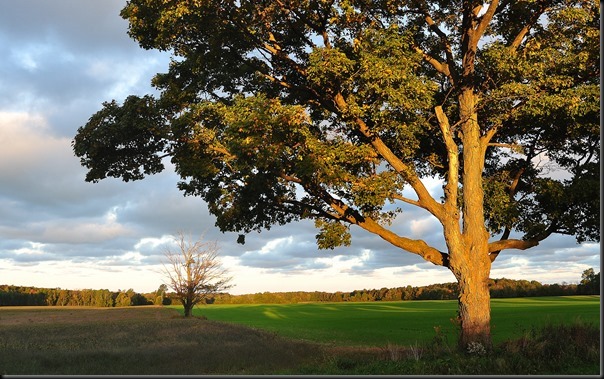 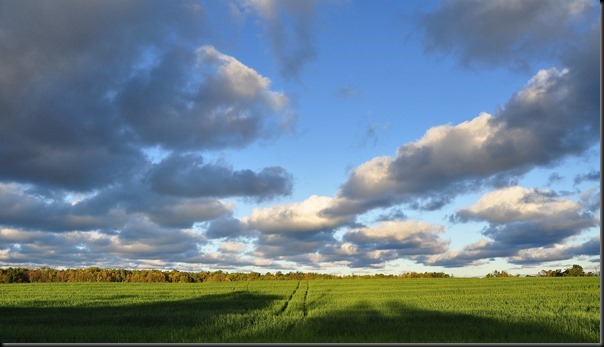 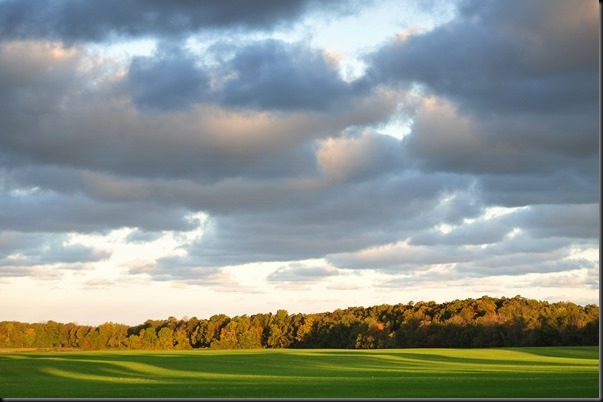 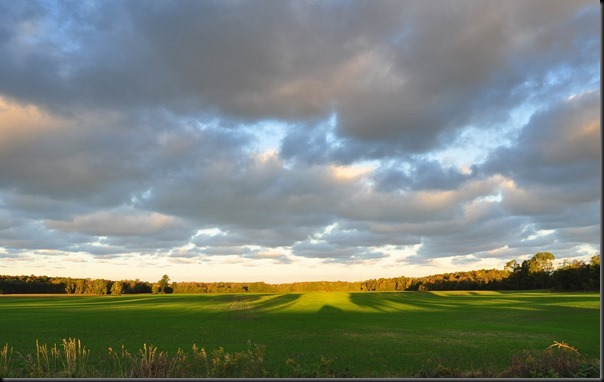 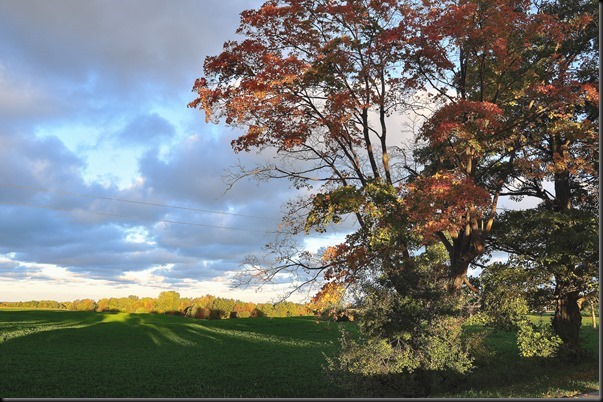 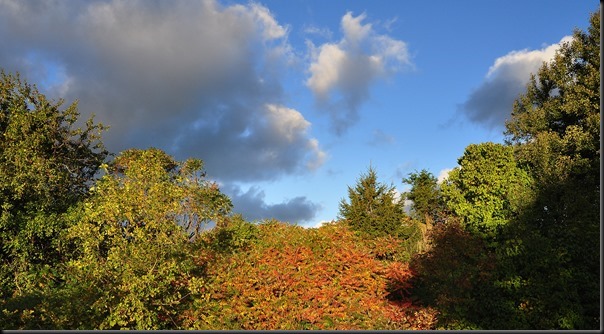 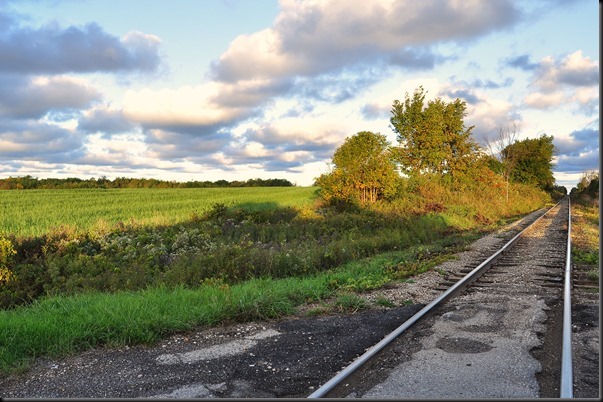 Noticing Goderich's Canadian Tire store had something on sale I was interested in Pheebs and I were out the door earlier than usual.  With morning’s Sun low on the horizon casting long fingery shadows westward across land touched by the old painter’s masterful hand I saw puffy gray and white cloud bottoms tickled softly by old Sol’s fiery awakening.  Truly another bonus weather day was upon us. 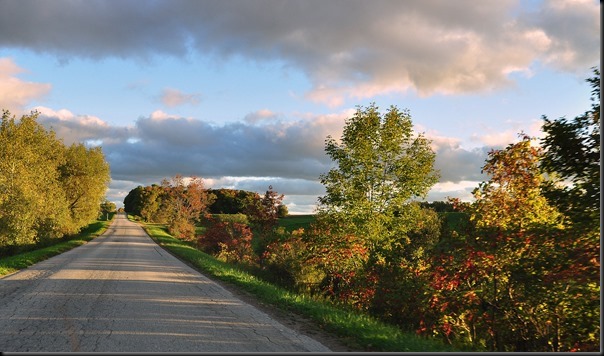 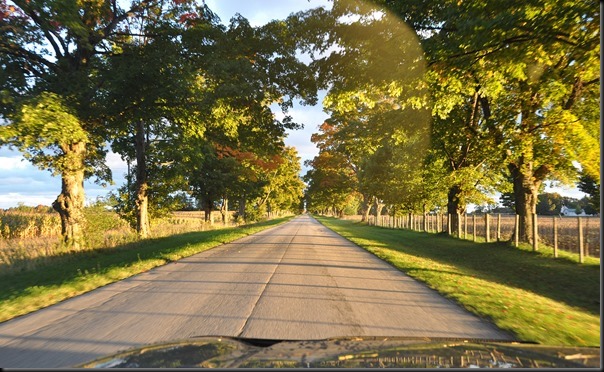 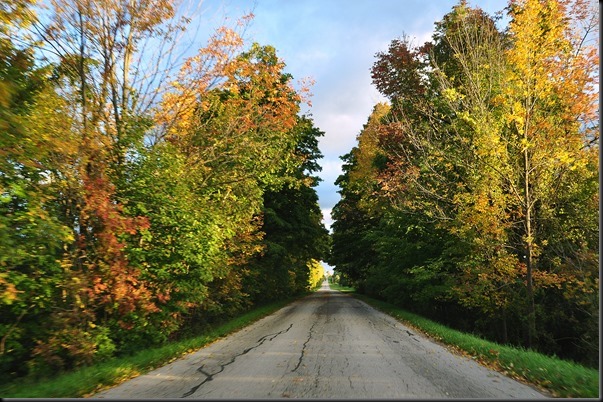 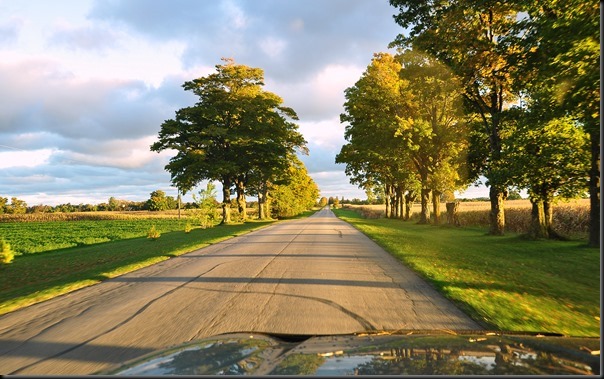 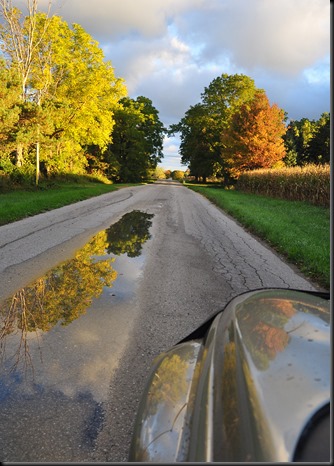 A quick swing down around the south harbor to have a look at Lake Huron's wind whipped waves.  With temperatures down quite a bit from Friday I was glad I had my lined nylon jacket with me when we stepped out for a leg stretch and short walk. 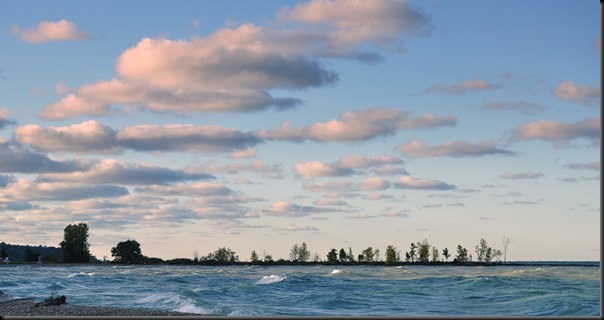 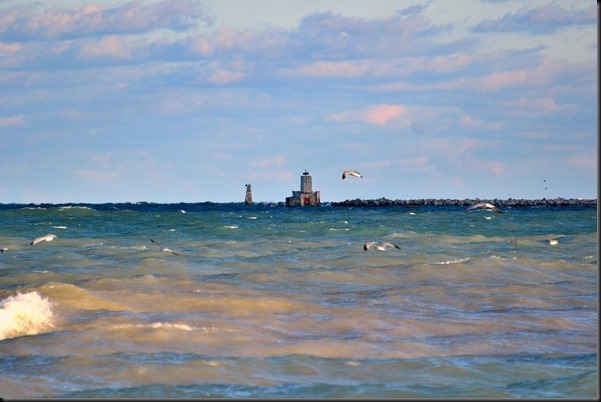 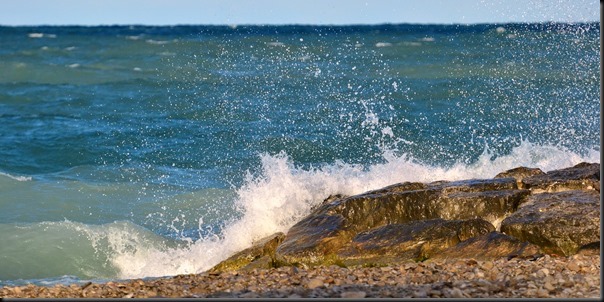 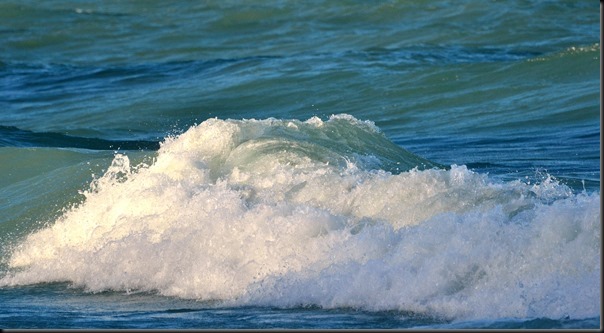 Home again I alternated between my recliner and wrapping up a few outside annual tasks for the coming Winter.  Our day was a mixture of sun and cloud and I once again marveled at how beautiful everything looked whenever the day’s sun lit up our Autumn surroundings 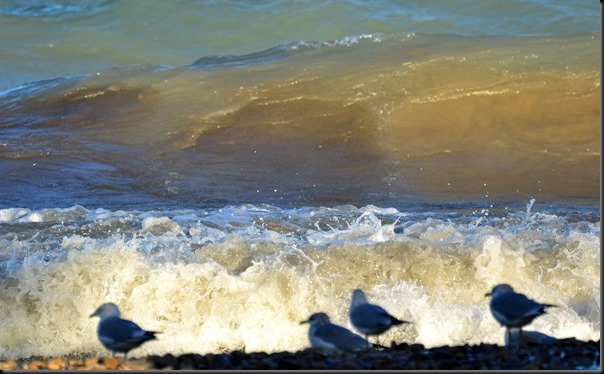 We had us a mighty fine Thanksgiving turkey dinner tonight with all the fixins including pumpkin pie.  Sitting here at the computer I can hardly move.  Me and Mr. Turkey have a lot in common at the moment….we’re both stuffed.  I’m not at all a big eater anymore but it seems when it comes to mashed potatoes with gravy, stuffing, creamed corn and turkey my appetite knows no bounds and I always end up overeating and hurting myself.  Think I might just let myself fall out of this computer chair onto the floor where I can wallow and flop around like a beached whale for half an hour or six……………. 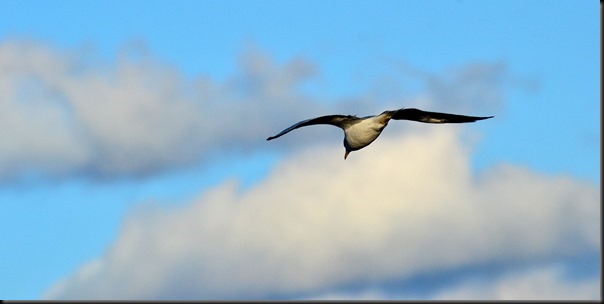 GROANER'S CORNER:(( A little guy gets on a plane and sits next to the window. A few minutes later, a big, heavy, mean-looking guy plops down in the seat next to him and immediately falls asleep.  The little guy starts to feel a little airsick, but he's afraid to wake the big guy up to ask if he can go to the bathroom. He knows he can't climb over him, and so the little guy sits there, looking at the big guy, trying to decide what to do. Suddenly, the plane hits an air pocket and an uncontrollable wave of nausea passes over the little guy. He can't hold it in any longer and he pukes all over the big guy's chest. About five minutes later the big guy wakes up, looks down, and sees the vomit all over him.  "So," says the little guy: "are you feeling better now.

Q: Why are fish so smart?

A: They live in schools.

Two young men were out in the woods on a camping trip, when the came upon this great trout brook. They stayed there all day, enjoying the fishing, which was super. At the end of the day, knowing that they would be graduating from college soon, they vowed that they would meet, in twenty years, at the same place and renew the experience. Twenty years later, they met and traveled to a spot near where they had been years before. They walked into the woods and before long came upon a brook. One of the men said to the other, "This is the place!". The other replied, "No, it's not!". The first man said, "Yes, I do recognize the clover growing on the bank on the other side. To which the other man replied, "Silly, you can't tell a brook by it's clover."