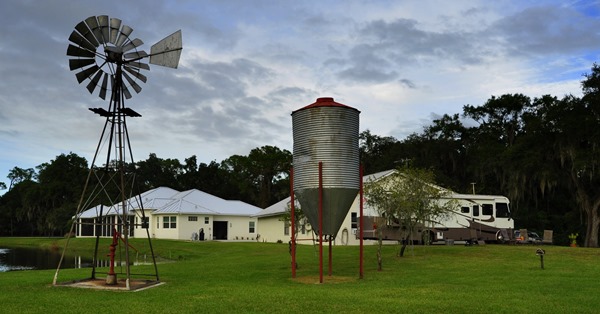 HOW ‘GRRRRRREAT’ TO FINALLY REACH OUR FLORIDA DESTINATION

Knew right from the moment I woke up this morning that I was feeling better and had at last turned a corner.  So much so that for the first time in a week I was able to pop right out of my recliner and take Pheebs outside for her morning constitutional.  My day just kept getting better from there. 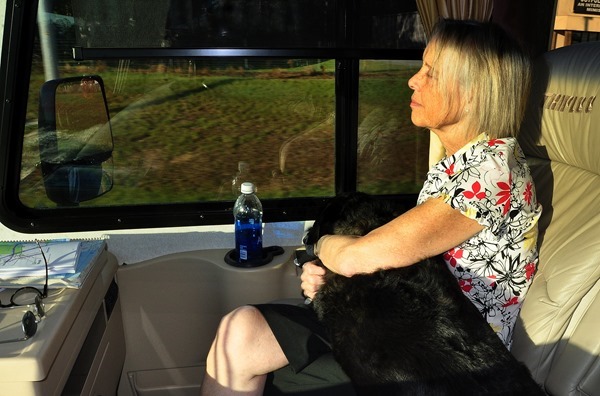 MORNING SNUGGLES HEADING SOUTH ON I-75

Nestled in amongst a sea of big trucks we spent the night just fine.  A bit noisy but at least it was a steady noise.  No jarring car horns going off or local young guys in their pick-up trucks storming around revving up their big rumbling custom muffler systems etc.  We were on the road by 8:15 with lite traffic but of course being I-75 it didn’t take long to ramp up.

HOLY SMOKES THEY THEY HAVE COWS IN FLORIDA

Fuel stop at a Flying J and minutes later we crossed the Florida State line.  It was 9:45.  Still feeling good we pushed on through to Sarasota stopping only once at a rest area where Kelly rustled us up some scrambled eggs. 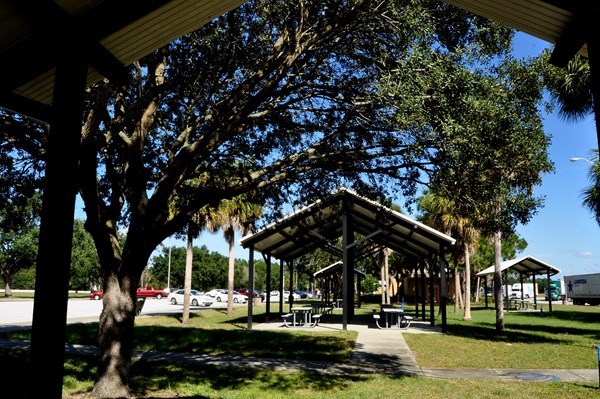 HEAD US A MESS OF SCRAMBLED EGGS AT THIS REST AREA 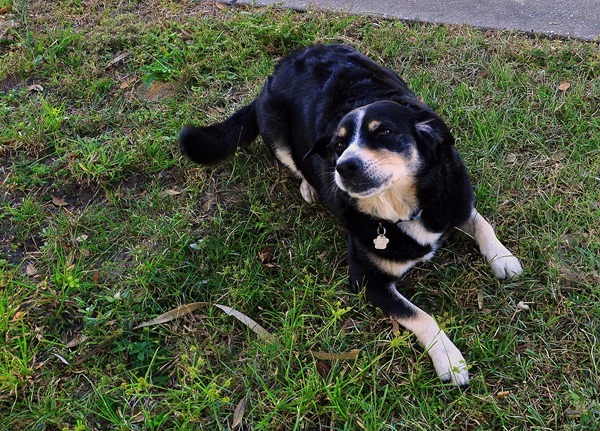 Heavy traffic is nothing new to me because I used to work in the miserable stuff years ago driving for the Stratford Airporter running the Kitchener/Toronto corridor of the 401.  I avoid traffic now but sometimes there’s no going around it so I have no choice but to deal with it using all my old driving skills again.  As traffic thickened up especially around Tampa it made me very thankful I packed in my Airports job when I did over 16 years ago.  A lot of 4 wheel Kamikaze pilots down here mixed in with a healthy bunch of Road Rambos!! 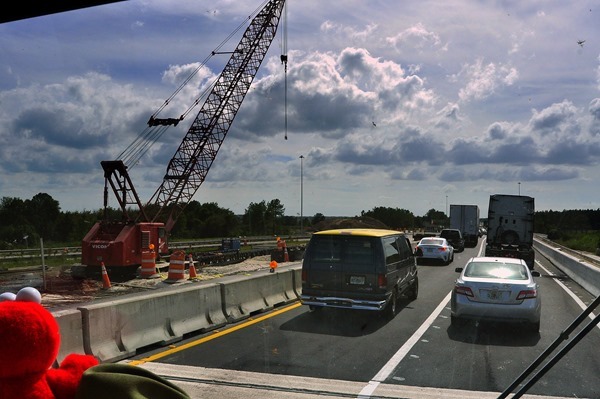 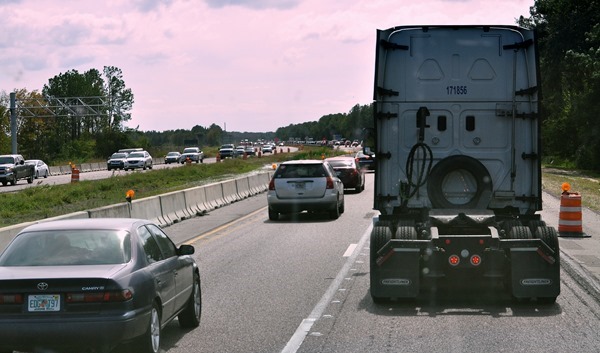 Scenery wise it is not the most exciting countryside along I-75 but I’m sure if I were to get myself off onto some back roads I could probably rustle me up some nice scenics.  But it was no back roads for us today as we interstated it all the way to Fruitville road in Sarasota.  What a relief it was to finally exit I-75 and land ourselves only minutes from our destination.  Found a parking lot area and un-hooked the Jeep knowing where we were going was a bit of a sharp turn into a narrow driveway.  I had scouted it out on Google Earth about a month ago.

BEST SCENERY WE SAW ALL DAY JUST NORTH OF SARASOTA 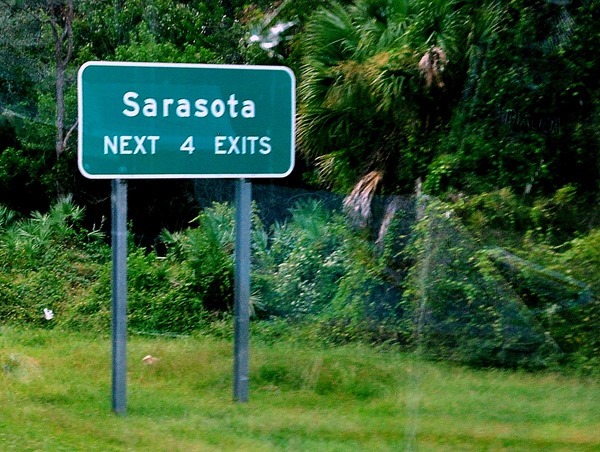 WE GOT OFF AT THE SECOND EXIT

Aunt Jean’s good friends JoAnn and Dave have a spacious property in Sarasota’s north end and had told Jean to have us come park at their place.  Kelly phoned ahead and when I made the turn into the driveway the electronic gate magically opened and in we went moving ahead up a winding cement driveway.  Beginning to look a bit like ‘Gone With The Wind’s Tara here. 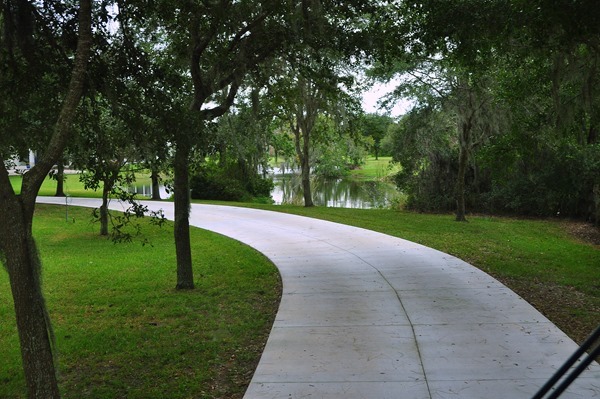 ROLLING INTO JOANNE AND DAVE’S PLACE 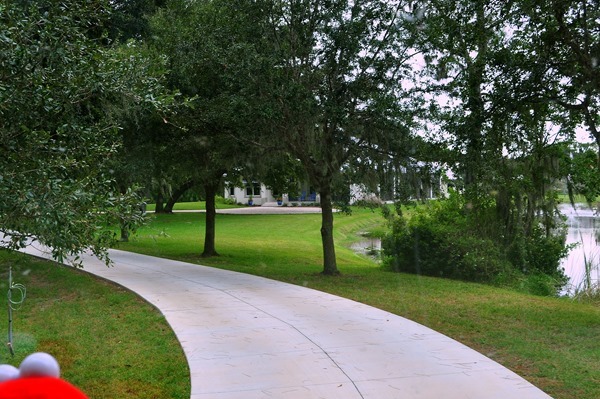 It was JoAnne we first met as she came out of the house followed closely by Dave in his car coming up the driveway behind us.  He already had a place for us to park and I followed him as he walked around the south side of their large shed/garage/barn.  With a bit of wiggling and finigalling and excellent parking directions from Dave I was soon backed into just about as nice a completely private RV spot one could imagine.  And to think here it is right in Sarasota Florida.  Water, electric, and sewer hook-ups too. 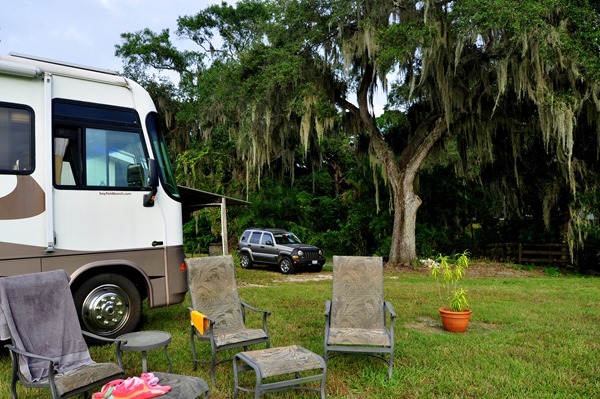 Well we soon knew why Aunt Jean had spoken so highly of Dave and JoAnne.  Genuinely sincere down to earth folks who recently bought this country like property for it’s peace and serenity away from the maddening crowds.  They built themselves a new house right beside a nice pond.  We’ll be seeing more of JoAnne and Dave over the coming week. 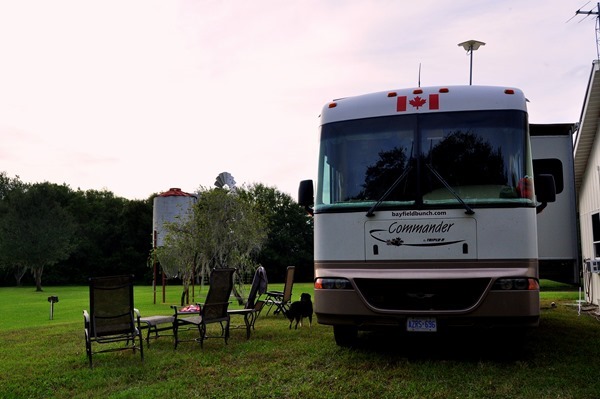 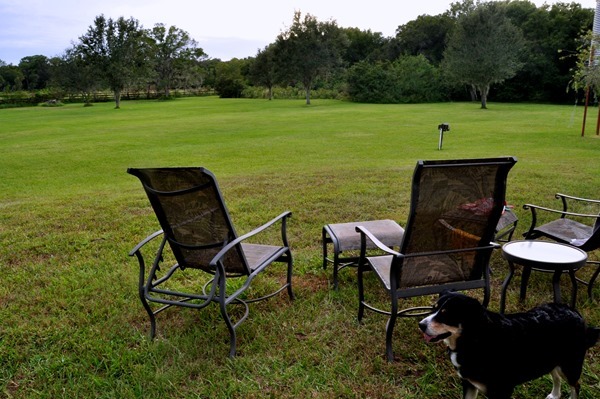 PRETTY DARN NICE SIDE YARD HERE FOR US:))

Although tired and hot I was able to get everything set up just fine.  Would have had trouble doing that just a few short days ago.  Pheebe is so happy she’s been racing around and around on the grass like a little puppy dog.  She is just so happy to be out of the Motorhome.  And she even met a new friend.  Lulu is JoAnne and Dave’s sweet little dog. 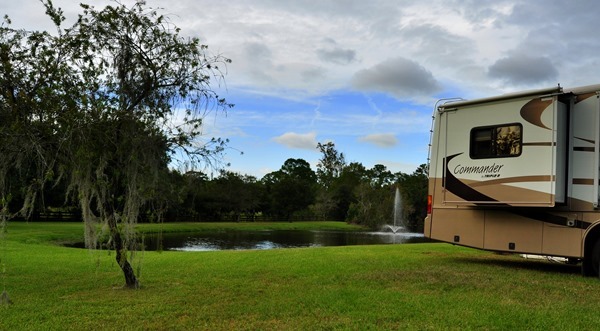 I can’t even begin to tell you all how great it is tonight sitting here in this beautiful setting without the single sound of anything even remotely resembling human noise.  And ohhhhhh how nice to know we do not have to be up in the morning battlling our way through reams of unending interstate traffic again.  I’m tired, I feel worn out and fatigued but ohhhhh how nice to be here and on the other side of my medical malaise that plagued me every mile of the way from Spencerport NY. 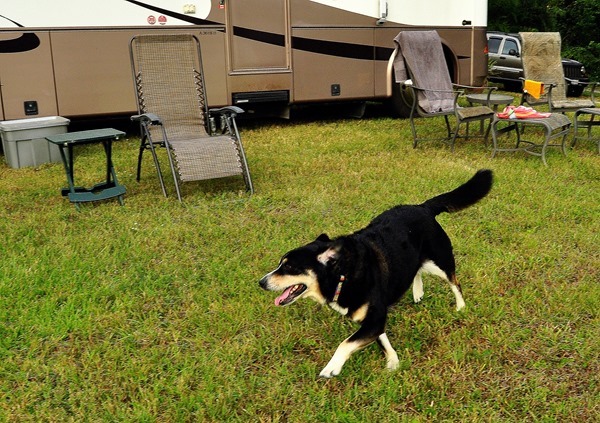 PHEEBS IS HAVING AN ABSOLUTE BLAST HERE:))

Talked to Aunt Jean and she has decided to come over Sunday after lunch.  Jean understood we needed a short bit of time to simply wind ourselves down from our long arduous journey.  By noon tomorrow we will be well on the way to becoming our usual old selves again.  Well maybe not Pheebe though as I expect she will still be racing around in widening circles about 300 miles an hour with just the happiest little face she’s ever had on……………. Gute Nacht und Schlaf gut. 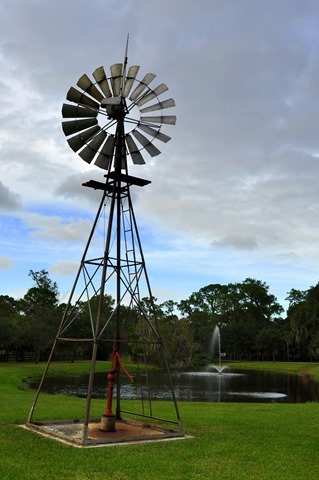