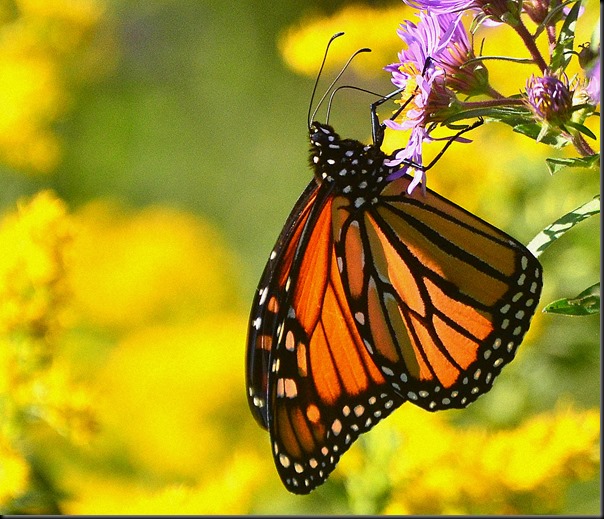 It was all three of us in the Jeep this morning as we headed off to Goderich with A&W breakfast coupons in hand.  Quick stop at Walmart to pick up a Western Digital 1-Terabyte external hard drive then over to the local Thrift store to outfit Al with some spiffy shirts for the coming winter months.  I was able to get half a dozen shirts for the price of one new shirt so that worked out fine for me.  My current fleet of winter shirts are well over seven or eight years old and have about as many rips, holes and tears in them as Nelson's sails after the Battle of Trafalgar.

WHAT’S YOUR FIRST CLUE THIS IS THE A&W MANAGERS CAR?? 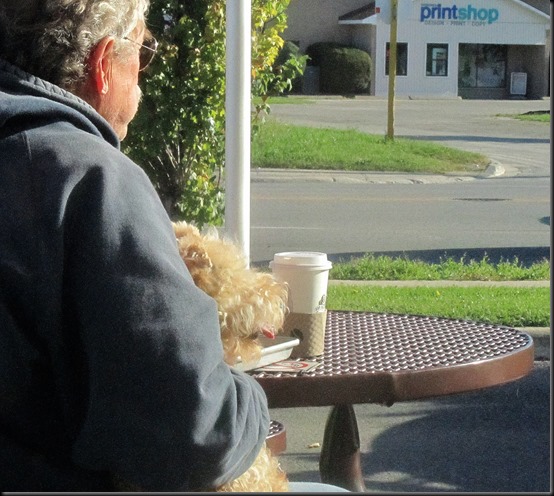 Finally after about a month's careful research Kelly has finally decided on a new cell phone.  She looked at iPhones and Samsungs but has decided once again to go with a new Blackberry to replace an older version Blackberry her daughter Sabra had given her a few years ago.  Her decision was based on price, phone plans, and what she needed or did not need the cell phone for.  I think the GPS feature may come in handy while a higher end camera in a cell phone was not a necessary option, etc.  Me, well I'm still trying to figure out how to put a message band on the carrier pigeons leg. 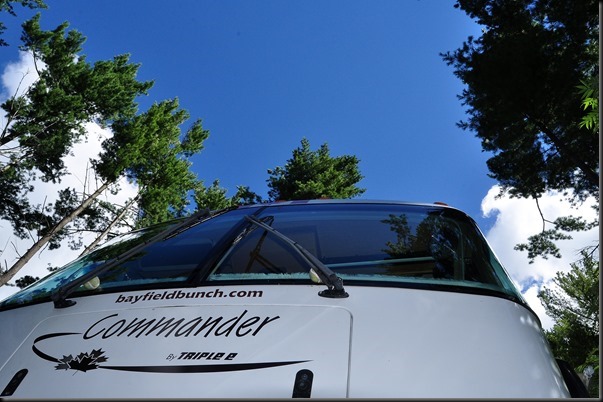 A short reminder about my Facebook account again.  Due to being hacked several times a few years ago I no longer accept 'friend requests' and haven't done so for a long time.  If you have sent me a 'friend request' and I have not responded do not take it personally.  I am not a big Facebook person and only use the site to drop my daily posts in each night for those of you who prefer the Facebook feed.

MORE AND MORE FARMS ARE TURNING TO SOLAR ENERGY

I know I blather along incessantly about the weather at times but hey I guess that's what makes me a true Canadian.  We do like to talk about the weather up here.  Just another gorgeous warm 71F sunny Autumn day.  Actually for anyone looking at a map you will see we are not really 'up here' as far as many may think.  The Southern most part of Ontario is actually on the same latitude as Northern California and about a quarter if not a third of American States are North of where we live here in Bayfield. 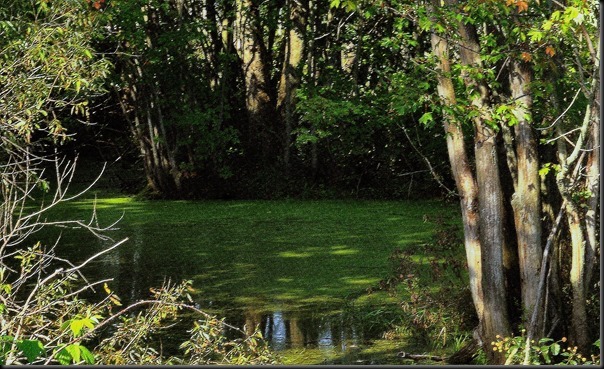 A SMATTERING OF PHOTOS FROM THIS PAST WEEK’S TRAVELS 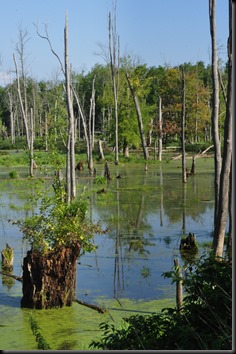 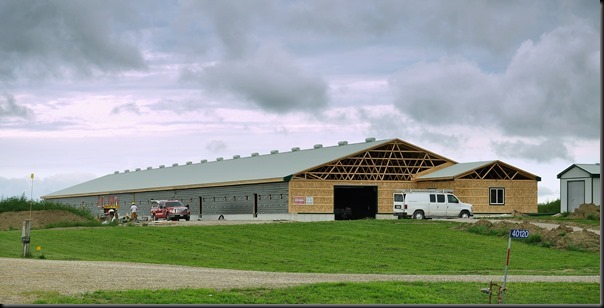 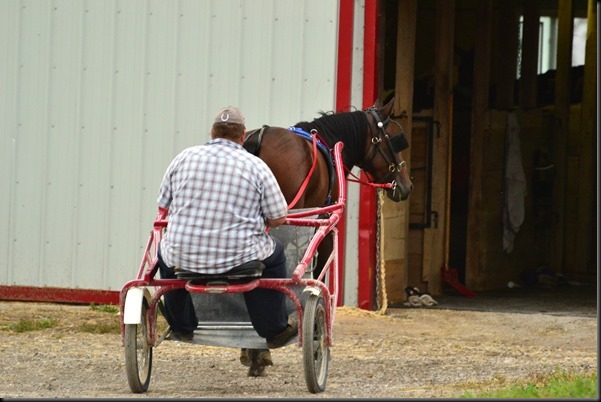 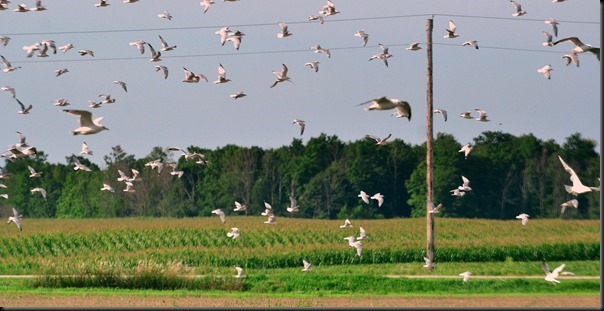 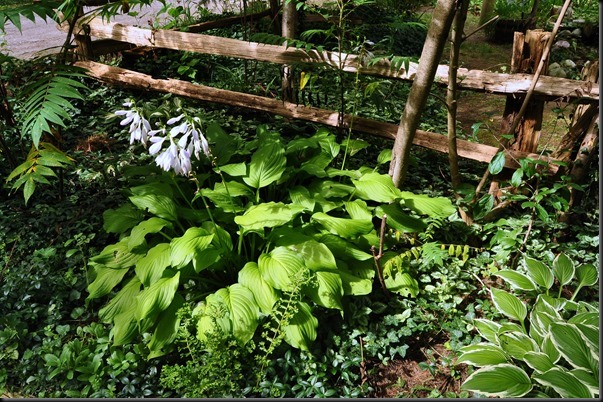 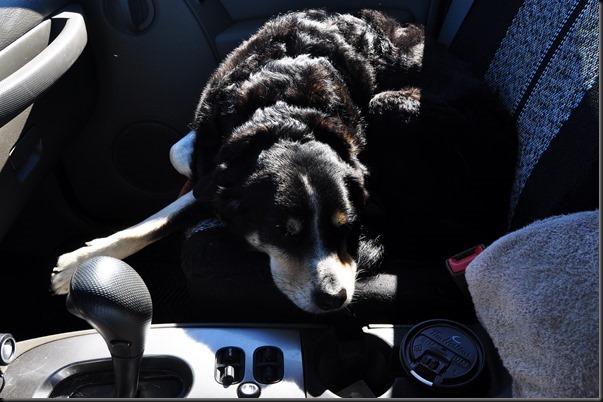 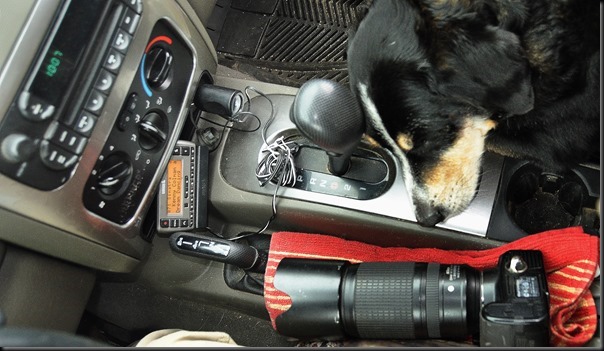 Not a lot happening around our place today.  A relaxing afternoon simply enjoying the day before an approaching weather front carrying rain showers with possible thunder boomers and lightning reach us possibly sometime tonight.  Hopefully Pheebs and I can squeak out for a bit first thing in the morning before the storm gets here. 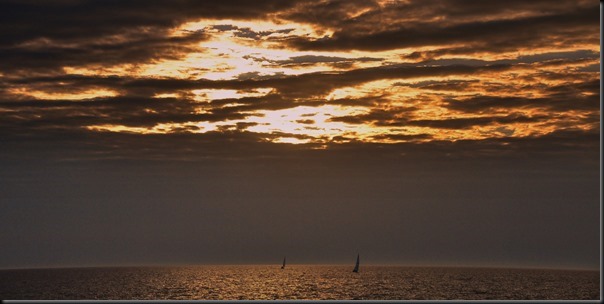 ON GOLDEN WATER UNDER GOLDEN SKIES

GROANER'S CORNER:((  Did you know a man will pay $2 for a $1 item he wants. A woman will pay $1 for a $2 item that she doesn't want.
- A woman worries about the future until she gets a husband. A man never worries about the future until he gets a wife.
- A successful man is one who makes more money than his wife can spend. A successful woman is one who can find such a man.
- To be happy with a man you must understand him a lot & love him a little. To be happy with a woman you must love her a lot & not try to understand her at all.
- Married men live longer than single men, but married men are a lot more willing to die.
- Any married man should forget his mistakes-there's no use in two people remembering the same thing.
- Men wake up as good-looking as they went to bed. Women somehow deteriorate during the night.
- A woman marries a man expecting he will change, but he doesn't. A man marries a woman expecting that she won't change & she does.
- A woman has the last word in any argument. Anything a man says after that is the beginning of a new argument.
- There are 2 times when a man doesn't understand a woman: before marriage & after.

A pastor, known for his lengthy sermons, noticed a man get up and leave during the middle of his message. The man returned just before the conclusion of the service. Afterwards the pastor asked the man where he had gone. "I went to get a haircut," was the reply. "But," said the pastor, "why didn't you do that before the service?" "Because," the gentleman said, "I didn't need one then."

(And just a short note about Groaner's Corner folks.......if some of the jokes seem familiar it's probably because I have forgot that I used them before.  Hopefully it doesn't happen too often)