IT WAS 4:07 THIS AFTERNOON WHEN I ‘FINALLY’ HEARD WHAT IT WAS I WAS WAITING TO HEAR:)) 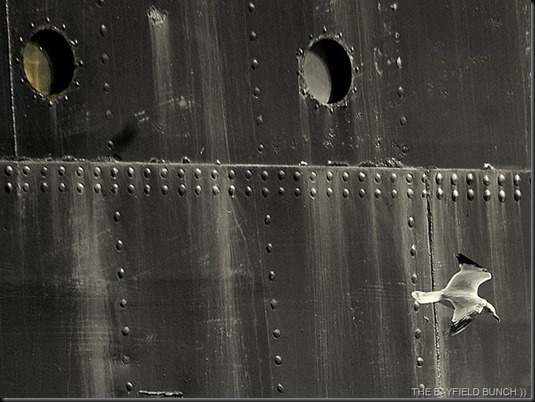 A SEAGULL FLYING PAST AN OLD LAKE FREIGHTER IN THE GODERICH HARBOR
Rains came in the pre-dawn hours and continued for much of the morning putting a damper on most outside activities for awhile.  Not wanting to sit in the house doing nothing I compromised with myself and headed for our carport.  Outside but still inside with something to do out of the rain.  I figured it was a good opportunity to continue organizing things that will go South with us this winter.  Lots of little decisions to be made while pre-thinking what we will need and use and what we will not.  I have music in the carport & that often makes my decision making process run a little smoother.  And besides, rainy days are always great for getting things done that are routinely passed over on sunny days.  Don’t know if your still reading ED but one of the CD’s I enjoyed listening to this morning was by W.D. “Arizona” Kennedy.  ‘The Whole Enchilada’  Now that takes me back to Elfrida AZ for sure:))

NORTHERN FLICKER
Still no sign of the Blogger-Word Press problem being resolved.  Bob a Word Press Blogger left this Link which could possibly have something to do with it.  He also wrote, “Word Press did a big security update about the day that happened, so they must have changed something”.  I counted well over a dozen current fellow Bloggers who’s sites have been dumped into the basement of our sidebar and until the problem is fixed those sites are not able to update themselves on my sidebar:(( 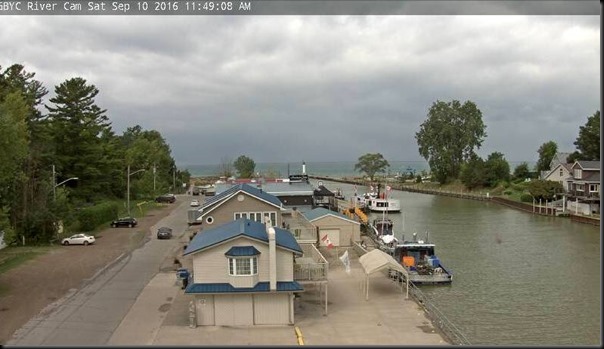 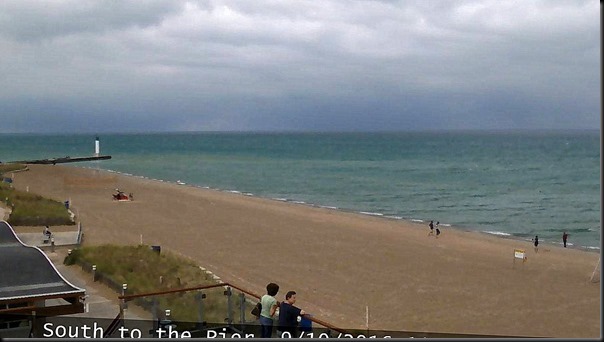 NOW HERE’S A SIGN SUMMER IS OVER……IT’S SATURDAY AND THERE IS HARDLY ANYBODY ON THE GRAND BEND BEACH…..GRAND BEND BEACH CAMS Weather-wise our day actually turned out pretty nice after morning rains dissipated.  The welcome change in temperature has finally brought us cooler air, nice afternoon winds and an encouraging string of sun splashes for a short while.  Not only do I have my arms, legs and eyes crossed but I have my fingers crossed as well in hopes we have this time seen the absolute final end to our summer’s heat and humidity.

A FEW PHOTOS LEFT OVER FROM FRIDAY MORNING’S JEEP DRIVE…..THIS FIELD IS ACTUALLY RIGHT IN THE HULLETT MARSH 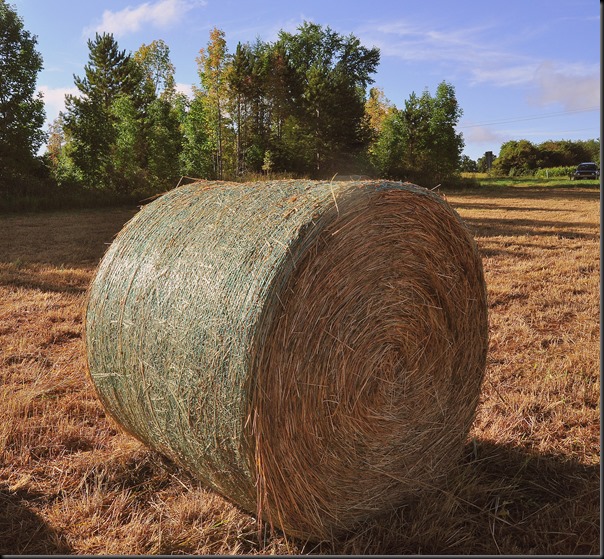 SIMPLY ONE BIG ROUND STRAW BALE 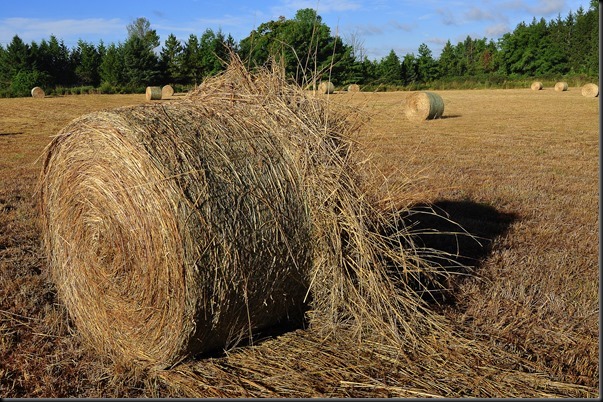 I CALL THIS ONE AN ‘OOPSY’ BALE 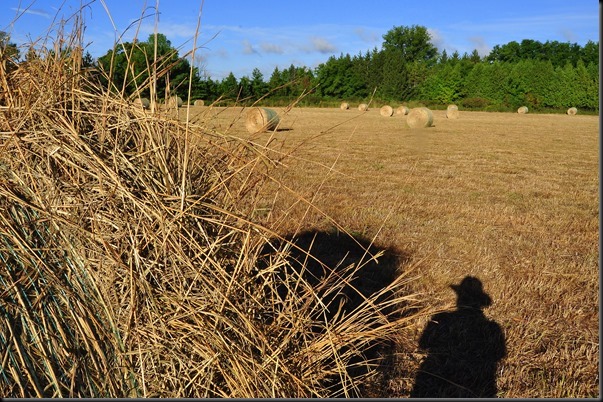 EVEN MANAGED TO SLIP THE ‘SHADOW COWBOY’ INTO THIS ONE

It was 4:07 p.m. this afternoon when I at last got the word:))  It came quite unexpectedly but no matter it was the question I had been patiently waiting for.  I was tipped back in my recliner with my laptop working on tonight's post when Kelly, a calendar in hand walked over and with these words asked, "which Saturday in October will we leave"??  Well that was all it took and within about 20 seconds we had nailed down next months departure date as Tuesday October 18th.  Now definitely for sure that is worth two big "YAHOUIE LOUIES":))  How nice to once again feel that sense of travel excitement officially revving up for the start of another winter travel season.  Our first stop will be Spencerport New York to visit Kelly's Mother.  We will then leave early Saturday morning October 22nd for Sarasota Florida to visit my Aunt Jean.  From Florida we will head straight for Arizona.   The route from Spencerport to Sarasota and then to Congress Arizona has yet to be determined but know for sure I have already dusted off my Rand McNally Atlas:)) 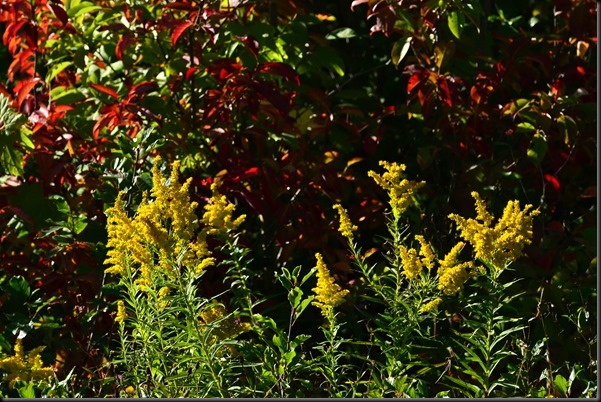 I LOVE AUTUMN’S DEEP NOSTALGIC COLORS
GROANER’S CORNER:(( When Beethoven passed away, he was buried in a churchyard. A couple days later, the town drunk was walking through the cemetery and heard some strange noise coming from the area where Beethoven was buried.Terrified, the drunk ran and got the priest to come and listen to it.The priest bent close to the grave and heard some faint,unrecognizable music coming from the grave. Frightened, the priest ran and got the town magistrate. When the magistrate arrived, he bent his ear to the grave, listened for a moment, and said, "Ah, yes, that's Beethoven's Ninth Symphony,being played backwards." He listened a while longer, and said, "There's the Eighth Symphony,and it's backwards, too. Most puzzling." So the magistrate kept listening; "There's the Seventh... the Sixth... the Fifth..." Suddenly the realization of what was happening dawned on the magistrate; he stood up and announced to the crowd that had gathered in the cemetery, "My fellow citizens, there's nothing to worry about.It's just Beethoven decomposing."
---------------------
Knock Knock
Who's there?
Ozzie!
Ozzie who?
Ozzie you later!