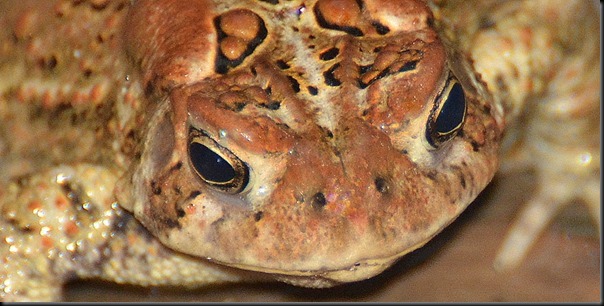 Gentle rains came in the night leaving a welcome overcast in the morning.  That welcome overcast kept the Sun from breaking through and turning our already humid air into a real steam bath.  I quickly took advantage of the cooler temperatures hauling out the garden hose along with a bucket of soapy water and finished washing the Motorhome, a job I had started a few days ago.  Nice to have that big Elephant done so I can now move on to other things.  We’ll start on the interior soon as cooler weather settles in. 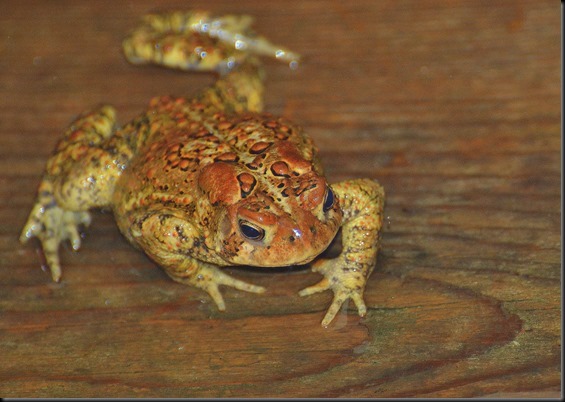 A VERY MUCH MOST CUTE LITTLE TOAD ON OUR DECK TODAY

I had no sooner finished the wash job when old Sol burst through the trees and immediately began driving up the temperature.  Jim the tree cutter guy had rolled in earlier and began stripping the second tree.  With a Bobcat he was able to pick up the bulk of the branches and haul them away while I contributed my 2 cents worth by cleaning up the road and piling up a few branches for his next load. 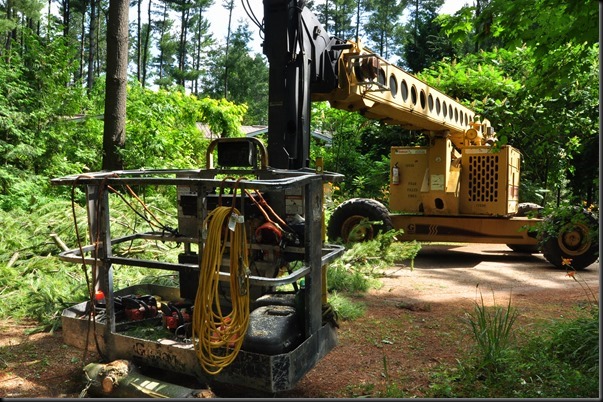 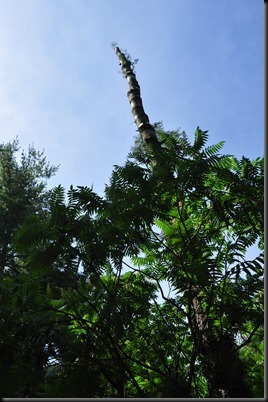 WELL THAT’S 2 OUT OF 5 TREES STRIPPED SO FAR 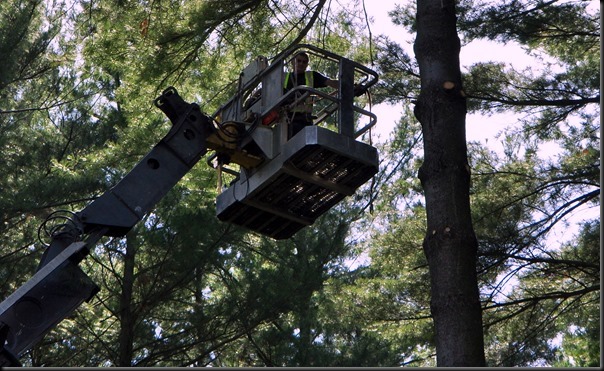 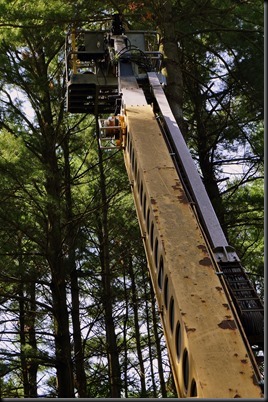 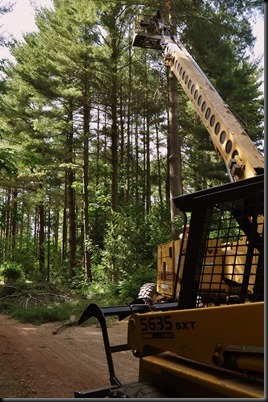 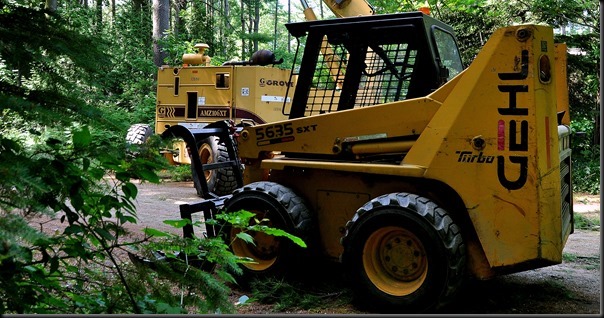 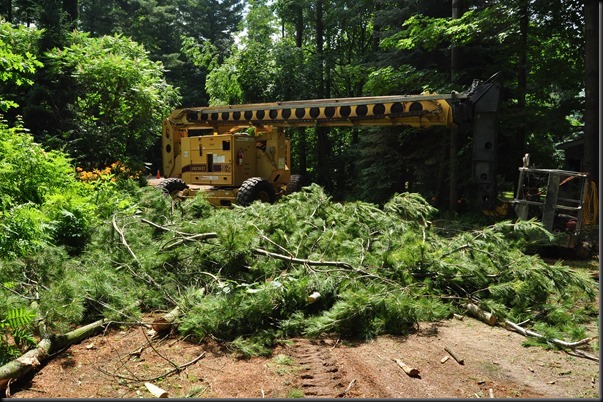 Shortly after 1 p.m. Kelly and i were in the Jeep heading for the Jeep dealer in Exeter Ontario.  Sure glad we didn’t have our 06 Wrangler which never did have A/C.  With summers getting hotter it was another factor in selling it a year and a half ago.  Okay so what the heck were we doing at the Jeep dealer in Exeter eh.  Say, you don’t suppose we were maybe fixin to trade the Liberty in on……………………… 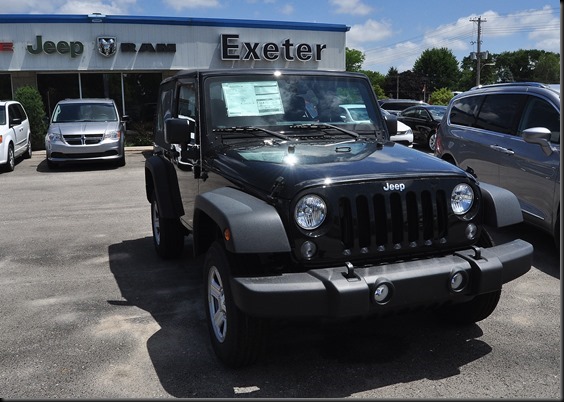 Nawwww, we just took the Liberty over there to see if they could cancel the ‘rolling locks’ feature which I have absolutely hated ever since we bought it.  Every time the Jeep gets up to 15 MPH all the doors and hatch automatically lock and that really fries my raisins!!  I do understand the security feature and especially for female drivers in heavily populated urban areas.  But I aren’t a female and I are the principle driver of the Jeep in a non urban threatening environment.  I’ve tried for a year and a half now to remember to flick the lock switch up every time I get out of the Jeep so that it doesn’t keep itself locked up like Fort Knox all the time.  How many zillions of times have I gone to open a door or the hatch and pulled my arm right off because the dam things was locked!!!!  Anyway it was not to be today.  Despite their best effort at Exeter Jeep they could not cancel the rolling locks feature.  They said it was highly unusual for their machines and codes not to work in solving that rolling lock problem.  On the way home Kelly suggested tying a big red balloon to the door handle to remind myself about flicking the lock switch to the ‘up’ position upon exiting.  Do I think that will work??  Likely not because I’ll end up sitting in the seat staring at the big red balloon wondering, “now who the hell tied a big red balloon on my door handle”!! 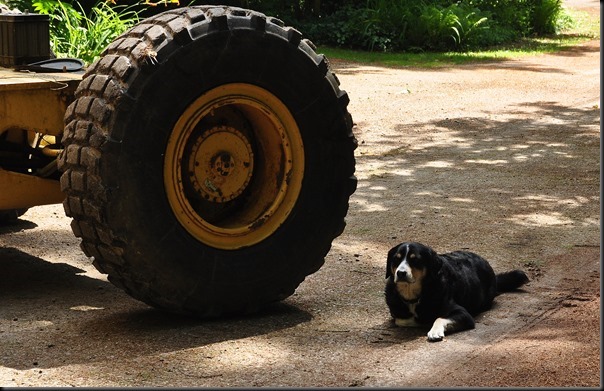 HERE’S THE PROJECTS STRAW BOSS KEEPING AN EYE ON THINGS

The day was exceptionally humid so I wasn’t surprised to see a large storm cell on our live computer radar site building over Michigan and heading our way.  It was late afternoon and we were already hearing distant thunder out over the lake.  Because of today’s excessive humidity weather warnings had already been issued for our area advising of possible tornados.  Leaving Pheebs at home I grabbed my cameras and headed on over to Bayfield’s Pioneer Park.  Dark turbulent clouds to the west and the storm was obviously on it’s way.   I thought for sure we would be in for a good smasher with high winds driving the storm ashore with gusting force.  Strangely enough the air remained dead come and the sinister looking clouds did not turn into anything fiendish.  Did see some good lightning though but was unable to capture it photographically.  I probably stood there on the bluffs overlooking Lake Huron for close to 40 minutes waiting for Mother Nature’s big show to come slamming ashore……but it never happened.  The storm rolled in like a big old lazy sheep.  When the rain slowly started I walked back to the Jeep and headed on home.  Rain finally did get heavy for maybe 10 minutes with thunder and lightning overhead.  The storm slowly trundled it’s way eastward and half an hour later we had shafts of sunlight piercing through the pine trees.  And that was that….. 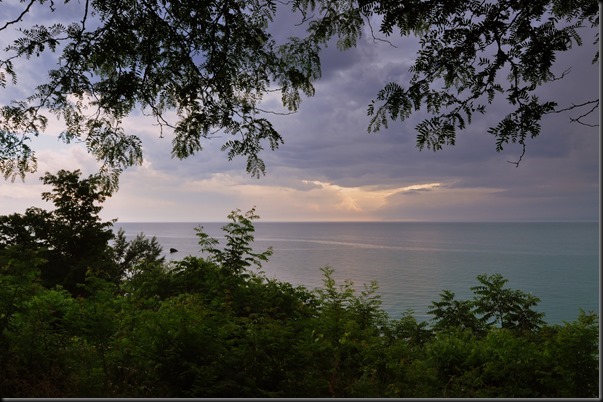 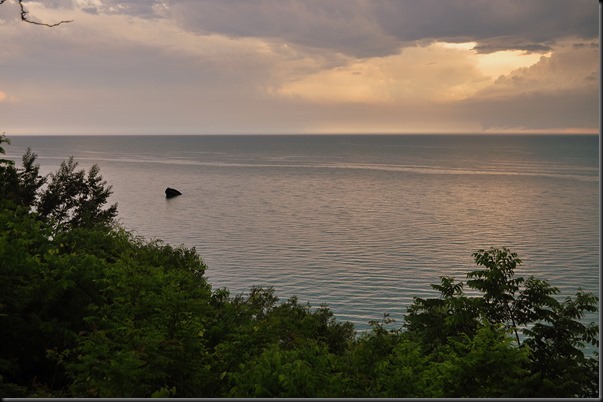 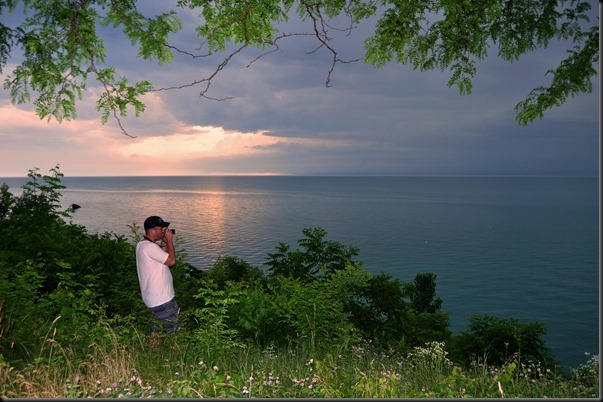 ANOTHER STORM ENTHUSIAST LIKE MYSELF PATIENTLY AWAITS THE STORMS ARRIVAL 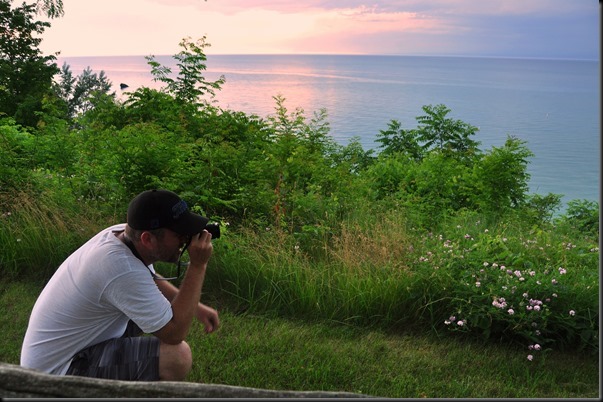 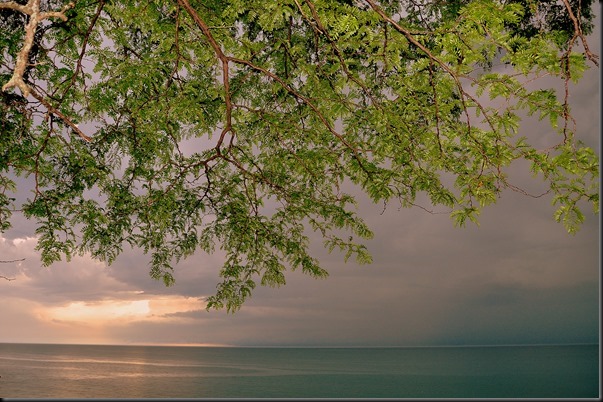 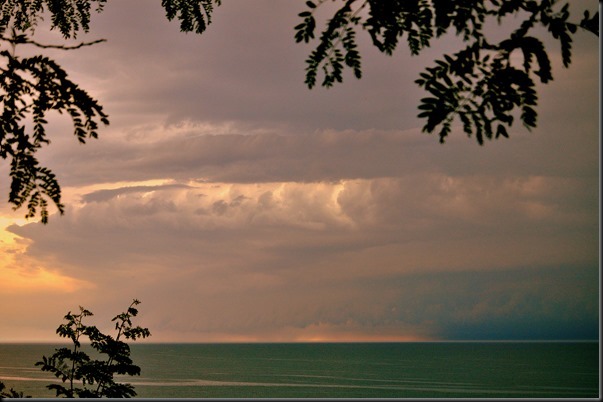 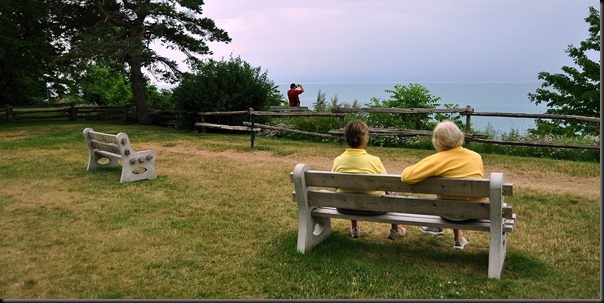 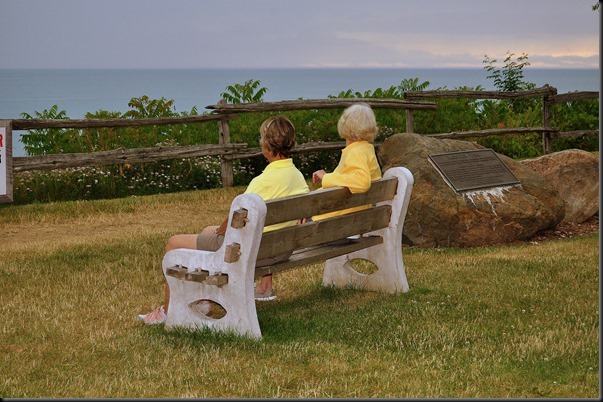 “WAS THAT THUNDER I HEARD OVER THERE” 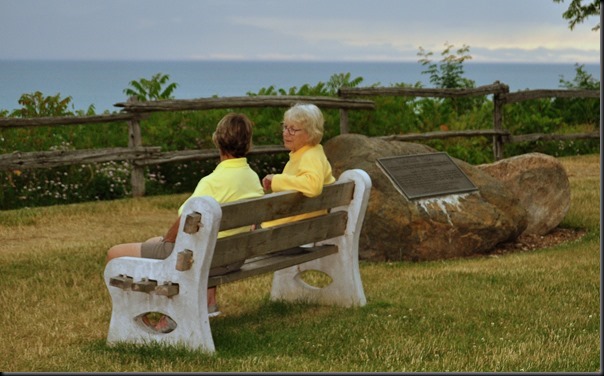 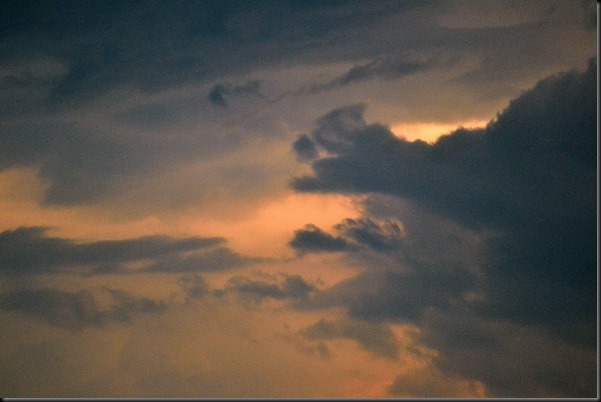