TEMPERATURES DROPPED OVER 20 DEGREES IN THE NIGHT AND FOR ME THAT SPELLS RELIEF:)))))) 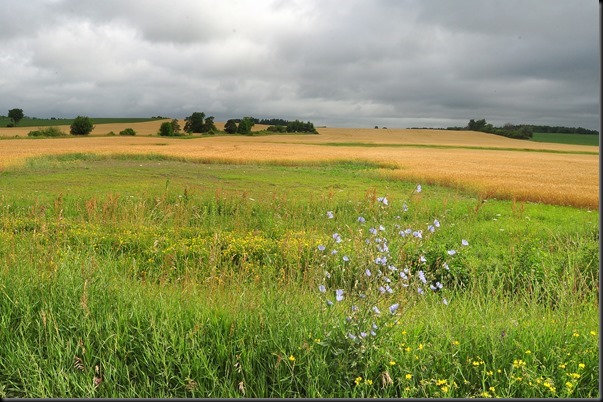 I’m normally not too inspired by cloudy days and this morning was no exception until I was enticed outside by a few brief sunny breaks.  Turns out those were the only sunny breaks we got all day until late evening but it was enough to motivate me and without further ado Pheebs and I were off.  Soon as we cleared the Parks  heavy pine tree canopy I could see inspiring dark moody cloud formations all around.  I like moody skies so we kept right on going. 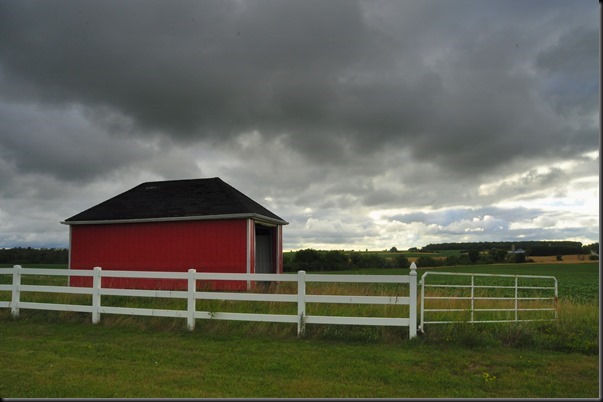 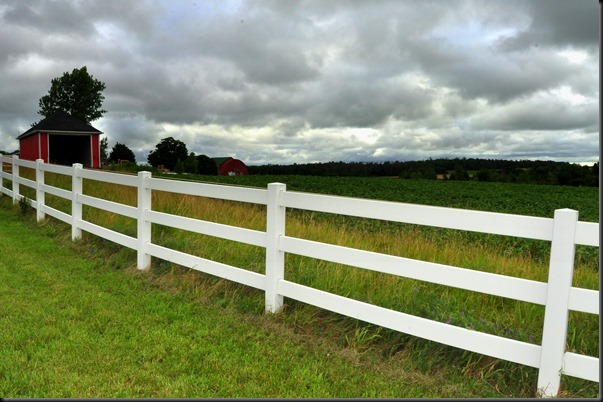 With Pheebe’s window down would you believe I had to kick on the Jeeps heater for a little bit of warmth.  So amazing how weather can flip flop so quick sometimes and we must have dropped over 20 degrees in the night ending up in the low 60’s this morning and I don’t think we got much above that for the rest of the day.  But hey I’m sure not complaining:))  Figured the biting Deer flies would not be airborne in the cooler air so we headed over to the Hullett Marsh for a walk.  I figured right.

This morning’s Marsh was very quiet with only a Great Blue Heron doing a bit of fishing.  We did walk for aways but not overly far due to long wet grass.   Began drizzling a bit so we decided to head home but not before meeting a nice couple from Brussels Ontario who along with some camera gear were also out looking to see what they could see.  When they pulled up in their car close to the Jeep the driver said, “have you seen anything’' which I was quick to answer with an emphatic, “I’m not a hunter”!!  Well that was a silly answer from me because it was camera gear the fella noticed I was carrying and not a gun.  The Hullett Marsh is known for it’s many hunter types and I am always quick to make it clear I am not one of them.  Wasn’t until I approached their car that I saw their camera gear which happened to be a Nikon D500 packing a 300mm lens.  Hey, that’s just about the same set-up I’m carrying too.  Always nice to meet people with like minded photography interests.  Had ourselves a pleasant chat.  Hope you make it out to the great American Southwest this winter folks:)) 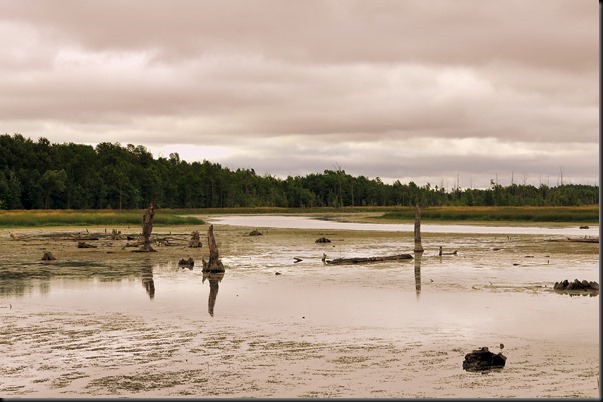 THESE PONDS SURE COULD USE A GOOD RAIN 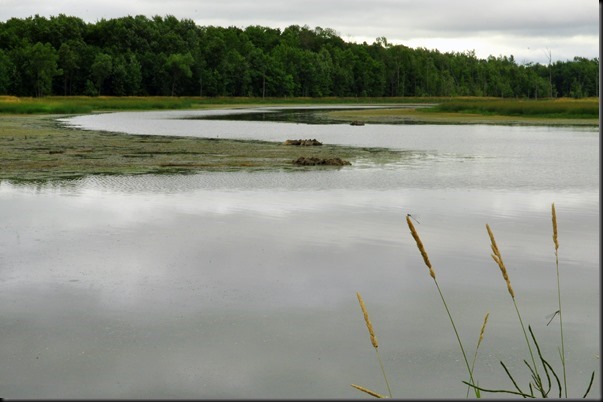 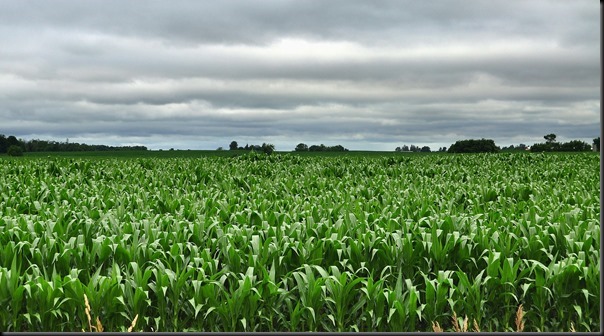 A SEA OF GREEN CORN STALKS 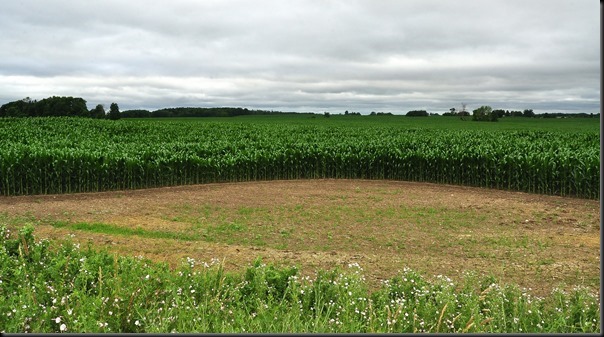 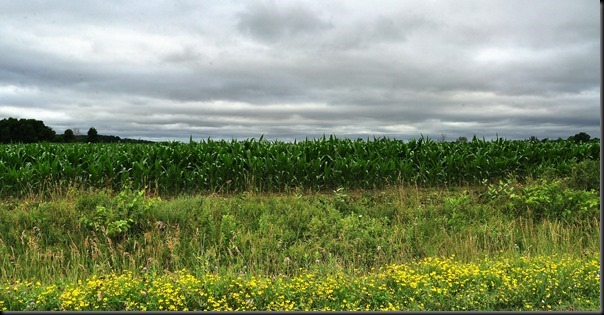 ‘WOW’ we sure do have ourselves a brighter front yard already and I can see where it will be better for bird photos in the future.  I’m hoping we will now be able to grow some grass around our pond and with all the shade out of the way we may be able to finally plant some nice flowers.  Also hope to put some cedar trees in closer to the road and for sure with those few big pine trees gone it will make the Spring clean-up easier.  Also with the added sunlight now it will be a big help to the growth of other plants in our yard that have struggled for years due to lack of sunlight. 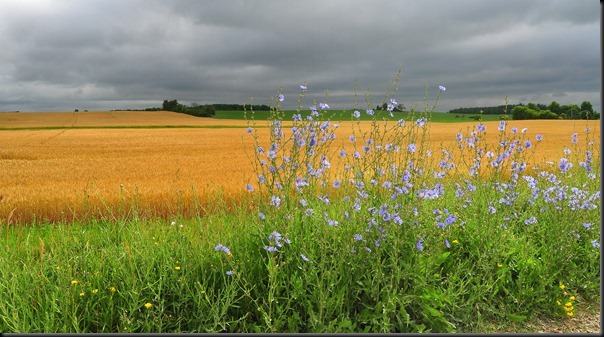 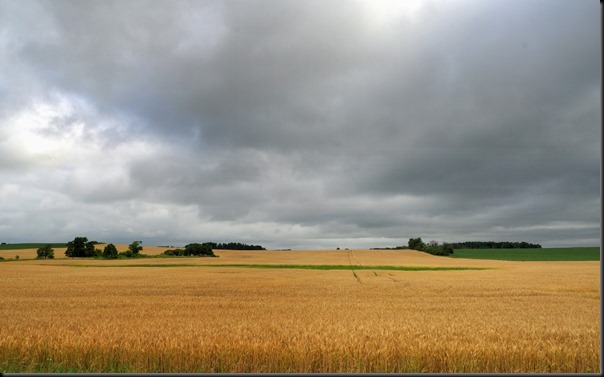 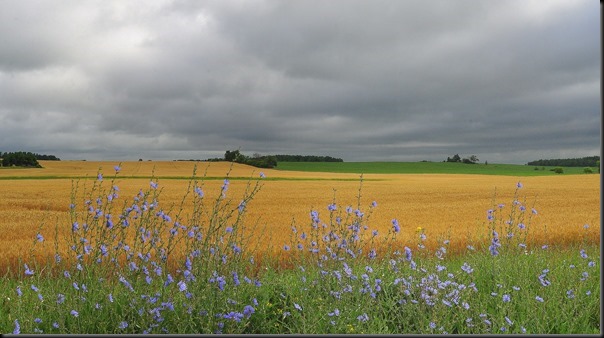 With healthier temperatures upon us for the moment I grabbed my clippers this afternoon and headed off down our pine tree trail here in the Park.  Pheebs too.  I’ve been keeping this trail clear of encroaching branches and brambles for the best part of 14 years now.  It’s been at least a month if not more since I last walked the trail so I had a lot of trimming to do along the way.  Didn’t even take a camera with me if you can imagine that.  I don’t walk the trail anymore during hot and humid weather simply because of the bugs and unless the weather is refreshingly cool there is always a whole gang of miserable flying creature out there just waiting for an unwary walker to enter the forest.  I’ll be very glad when mid August arrives and we slowly begin to swing into early Autumn with refreshingly cooler days and nights. 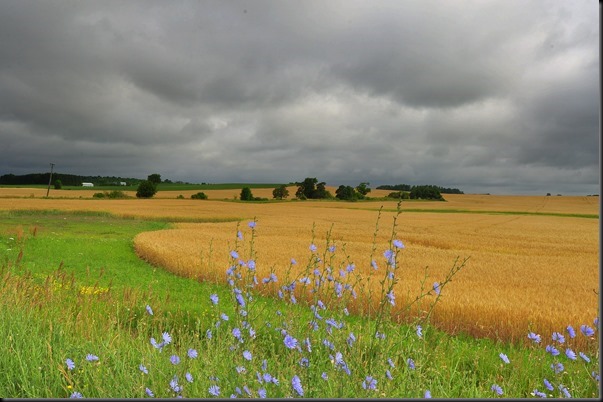 It seems that Mary Poppins has moved to California. She has started a business telling people's fortunes. But, she doesn't read palms or tea leaves, she smells one's breath.  The sign outside reads: Super California Mystic Expert Halitosis.

- The pessimist complains about the wind; the optimist expects it to change; the realist adjusts the sails -William Arthur Ward
- The only thing better than right now will someday be the memories of right now...AL.
- It is not so much having nothing to do as it is not having the interest to do something....AL. -Tomorrows are always a great opportunity to do something different from today....AL.