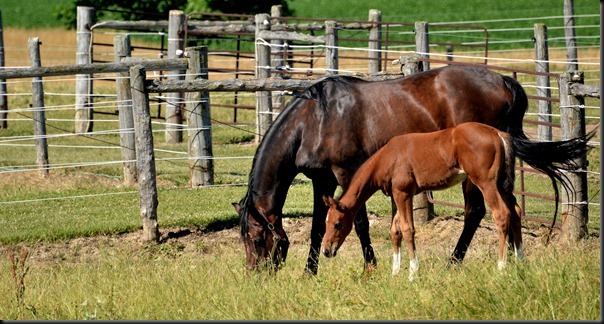 It was already hot enough for swarming Deer flies to be biting by 9 this morning so Pheebs and I did not stay long in the Hullett Marsh.  With windows down we cruised around a few Huron County back roads stopping briefly here and there at a few familiar spots.  We were home again before 11 after having traveled not far. 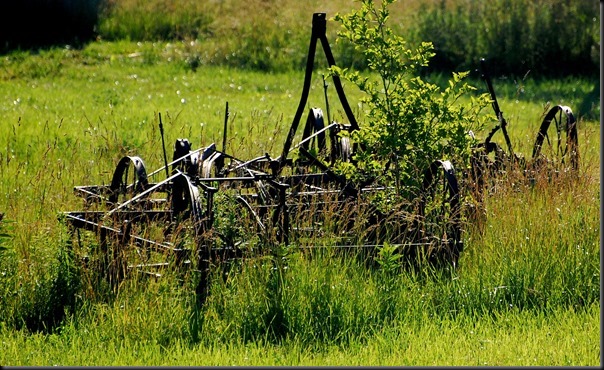 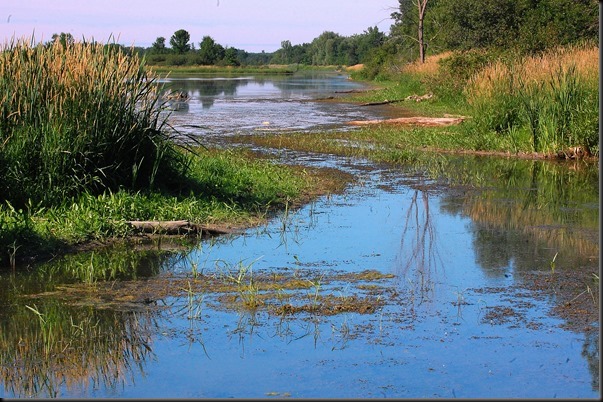 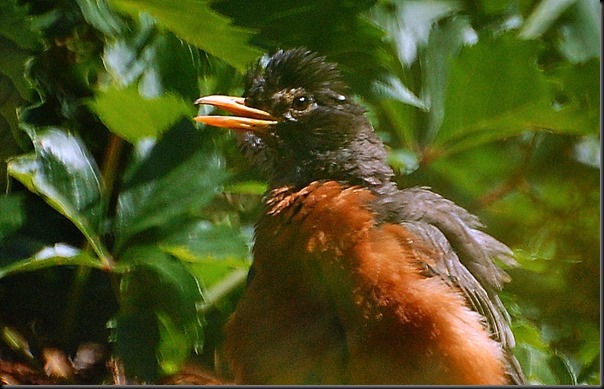 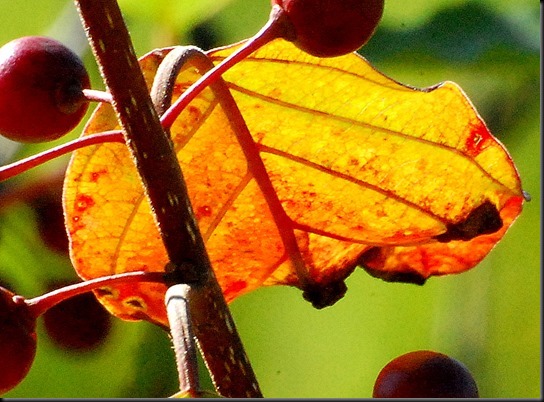 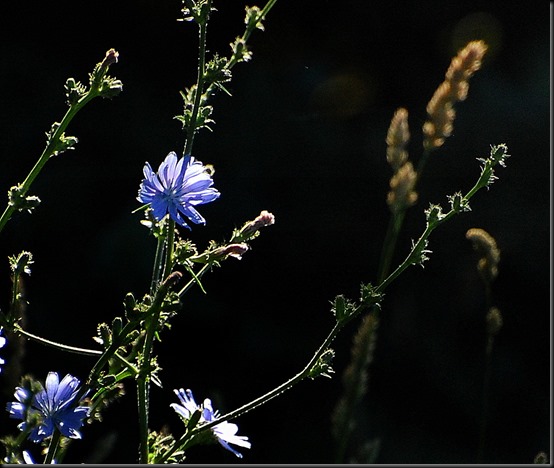 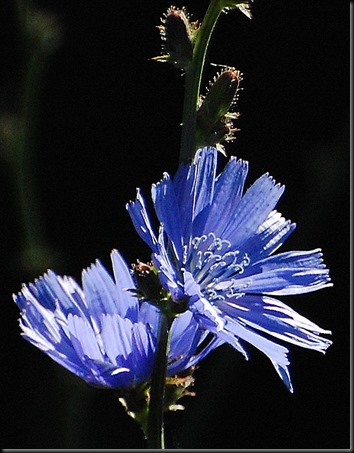 Had it in my mind to begin the big Motorhome clean-up this morning but the day just got too hot and humid for me and I retreated into the cool confines of the house.  For the first time in over a month we were forced to crank on our A/C for a few hours.  Luckily by early evening the humidity had been replaced by cooler air and how nice the evening turned out to be.

“HEY MOM YA GOT A FLAPPIN BIRD ON YER FOREHEAD” 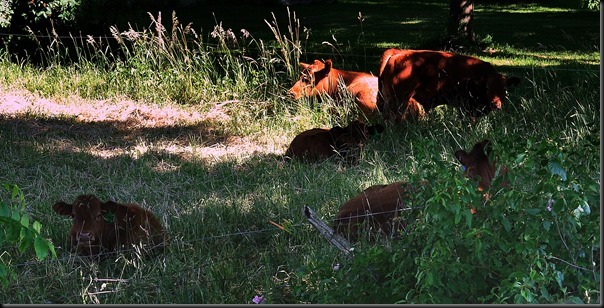 RELAXING IN THE SHADE 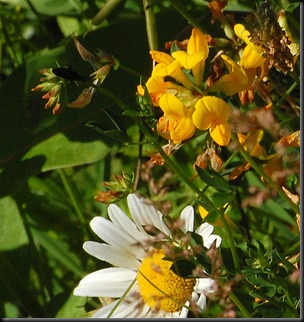 My old faithful Nikon D40 bit the dust today.  Had stopped to take a flower photo along the roadside with the D40 coupled to my 70-300mm lens and nothing happened when I pressed the shutter button.  Noticed an error message I had not seen before.  (‘Error: Press shutter button again’) No matter what I tried it kept coming up with the same error message.  Fortunately I travel with a spare camera so soon switched my lens over to my D3100 and carried on.  I much prefer the D40 to the D3100 but that's the way it is. 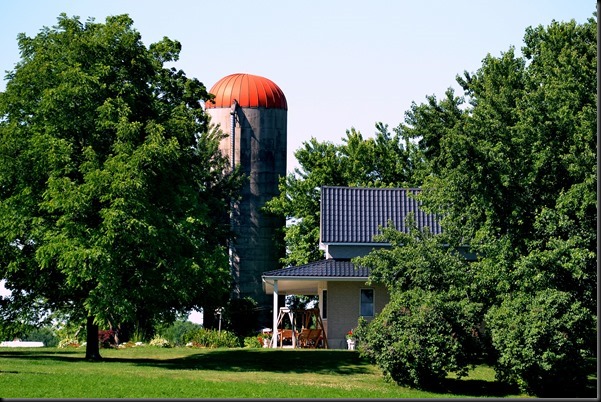 AND A NEW FARM HOUSE UNDER CONSTRUCTION

A HAY CUTTING DAY ON THIS FARM

Upon arriving home later I checked out the D40 'error message' on the internet and it's likely a ‘motor drive’ problem.  The site did show how to attempt a fix but it involves taking some of the camera apart which involves tiny little screws and I am not about to do that so my D40 will join my broken D50 on the shelf and that's that.  Camera is too old to send away for way over the top expensive repairs.  It has been that D40 which has taken the clear majority of all my telephoto shots over the years.  A great camera indeed……………..  Say, anyone out there got a spare DSLR Nikon body they're not using:)) 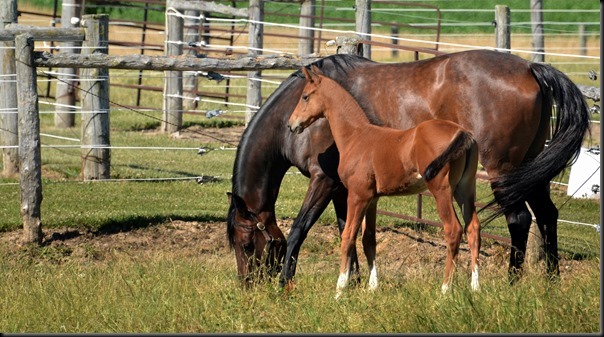 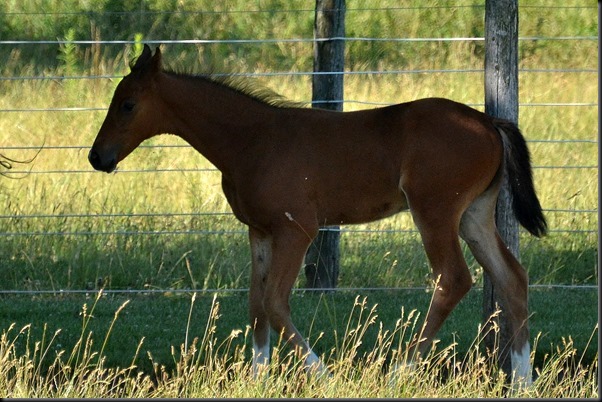 I bought the 'used' D40 a long time ago & it has been a real trooper returning me countless thousands of great photos over the years.  RIP D40.  I still have my hard working D90 and along with the D3100 we'll just carry on a-snappin:)) 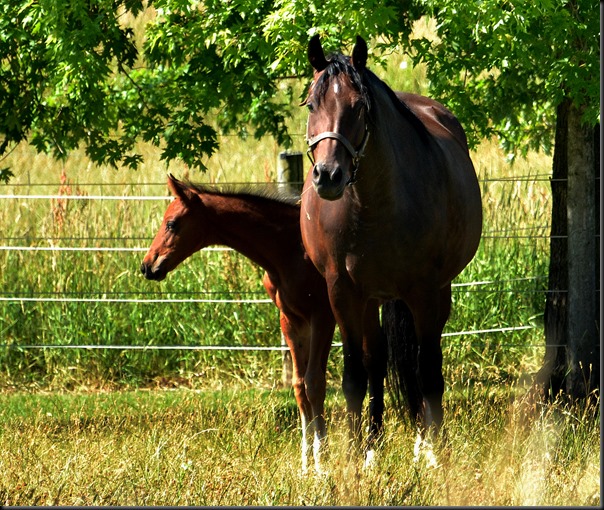 GROANER’S CORNER:((   The Fourth of July was coming up, and the nursery school teacher took the opportunity to tell her class about patriotism. "We live in a great country," she said. "One of the things we should be happy about is that, in this country, we are all free."  One little boy came walking up to her from the back of the room. He stood with his hands on his hips and said, "I'm not free. I'm four."