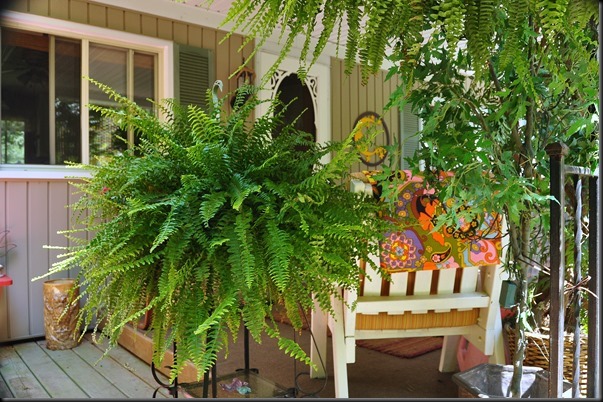 It was 4 a.m. when our land line phone went bonkers jarring both of us out of a sound sleep.  Erratic ringing followed by exceptionally loud bursts of static after the answering machine cut in.  Had to pull the wall plug to silence all the noise.  Not an ideal way to start our day.   When re-plugged later the phone worked fine again. 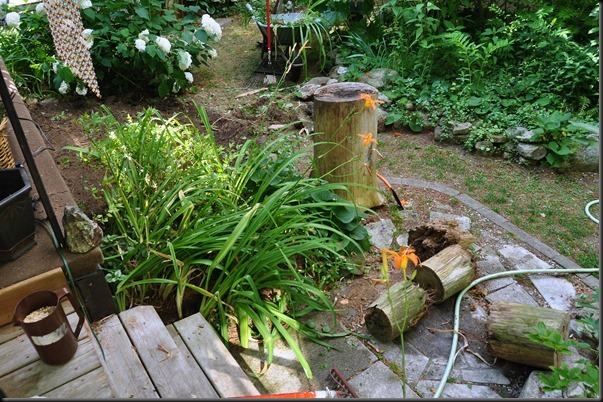 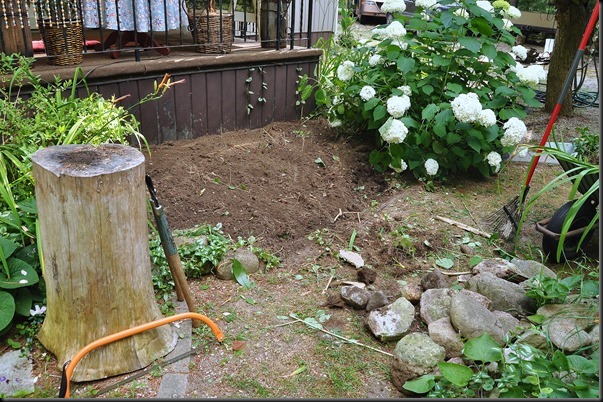 BEFORE STARTING THAT BROWN EARTH AREA WAS TOTALLY FULL OF GREENERY 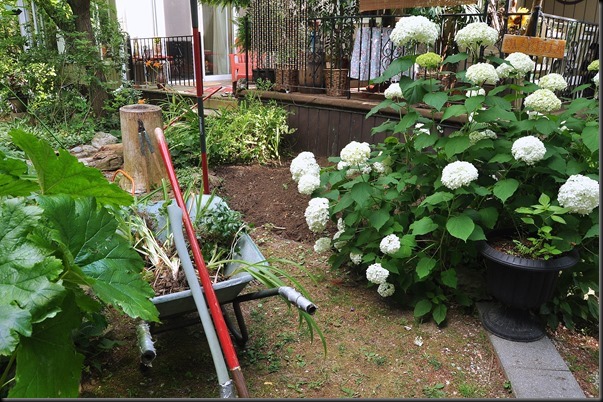 Another nice refreshingly cool morning found me out in our front yard with gardening tools in hand.  Over the years a lot of our green growing stuff has grown over other green growing stuff so today I started on one particular flower bed in front of our porch thinning it out, digging it up, and starting anew with a few different ideas.  I began moving some of the hostas and flowers flattened by falling pine trees last week to new locations.  By 11 a.m. I was basically a ball of paste and had to retreat into the coolness of the house.  Surprisingly, after an hours rest in front of my big marvelous cooling fan I was re-energized enough to head right back outside into the hot sun transplanting more hostas.  However when retreating into the house again around 2 it was right into the shower I went and that was it for any further outside activities.  Oh my how that recliner of mine just feels sooooooo great some days. 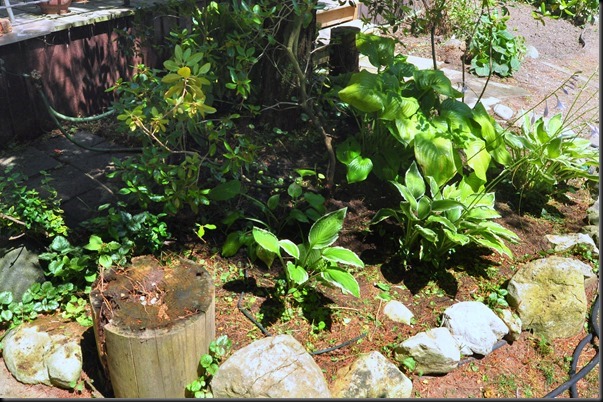 TRANSPLANTED A BUNCH OF HOSTAS 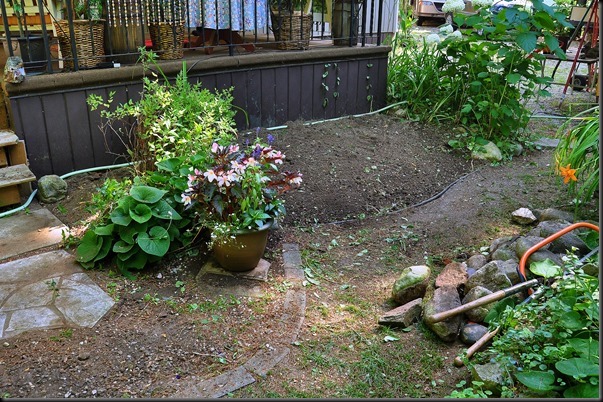 Goderich's Maitland Medical Center called this morning with the results of my bone density scan I had Monday in Clinton.  Everything was fine and the lady on the other end said it was unlikely I would be breaking any bones in the next 10 years.  I asked her if I could try some bungee jumping now but she didn't recommend it.  She probably wondered if maybe I should have had a brain density test instead of a bone density test.  I bet they will make a note on my chart for next time. 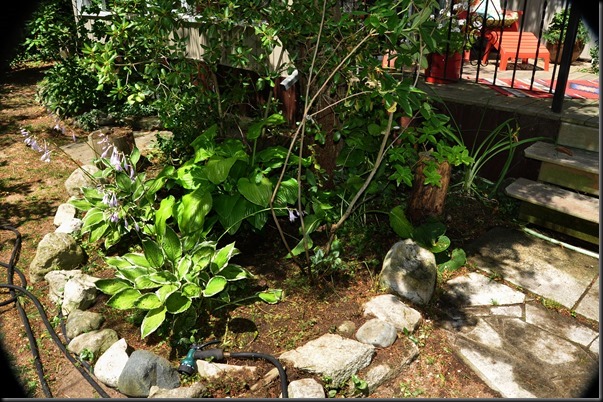 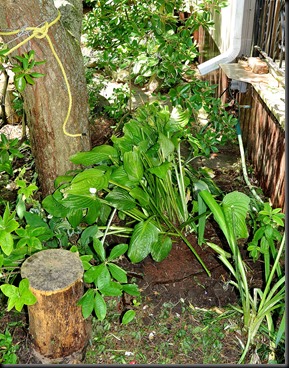 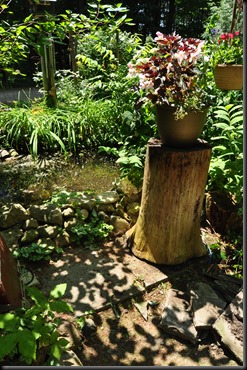 Happy to say, with the exception of my daily arthritic aches and pains, I am feeling once again back to normal.  No sick feelings today, no slight headache and my energy levels are coming back up despite our hot and uncomfortable humid weather.   Am so much looking forward to a month from about now when our late summer weather will finally finally begin shifting into the coolness of early Autumn……………….. 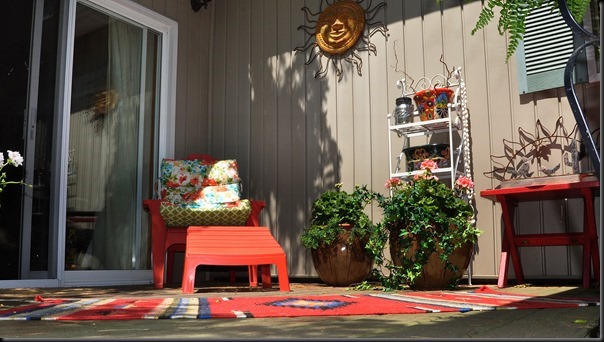 A four-year-old girl was learning to say the Lord's Prayer. She was reciting it all by herself without help from her mother.  She said, "And lead us not into temptation, but deliver us some e-mail."

Knock Knock
Who's there?
Ivana!
Ivana who?
Ivana be rich!