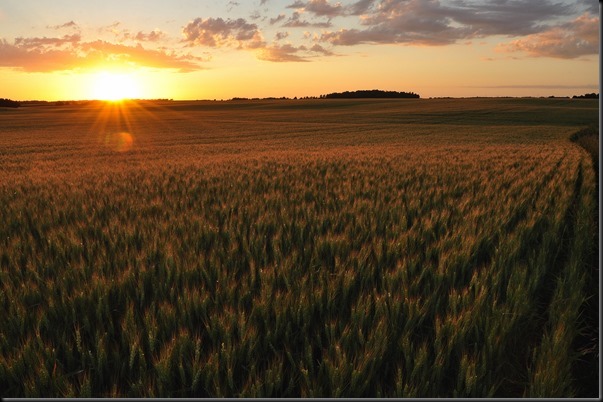 A FEW LEFT OVER PHOTOS FROM MONDAY NIGHT

Caught a lucky break late Tuesday night.  We still had a lot of things sitting outside from our metal shed clean-up and with no rain predicted overnight there was no problem with leaving things out overnight.  Key words there were 'no rain predicted'.  Last thing I did around 11 p.m. before shutting off my laptop was to check our live radar weather site.  'OMG' just a few miles offshore and headed our way were 2 big green rain Monsters.  I was out of my chair in a flash and out the back door scrambling around quickly putting water susceptible things back into the shed.  About half an hour later I heard it raining.  A lucky break indeed........……… 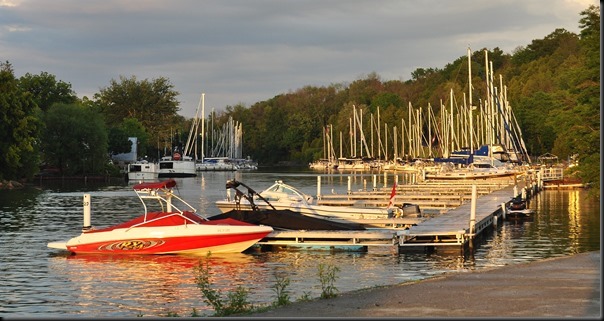 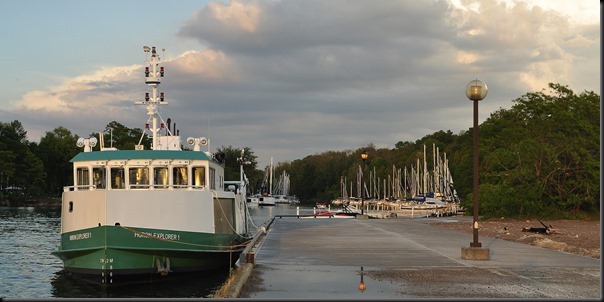 A FISHING BOAT TIED UP ALONGSIDE THE PIER MONDAY NIGHT 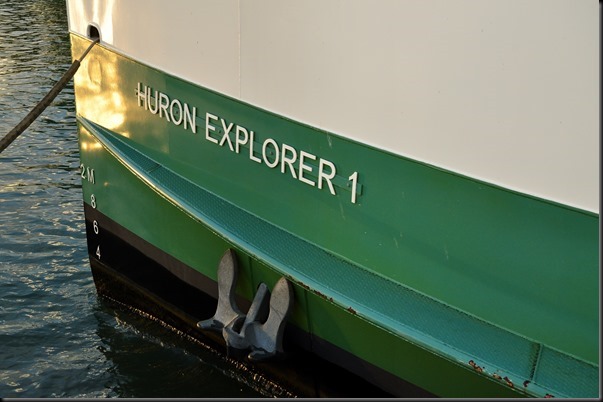 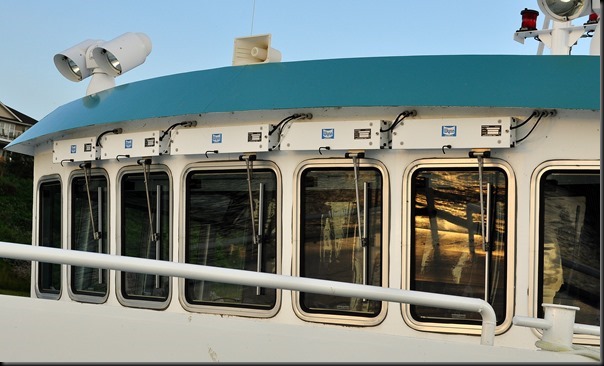 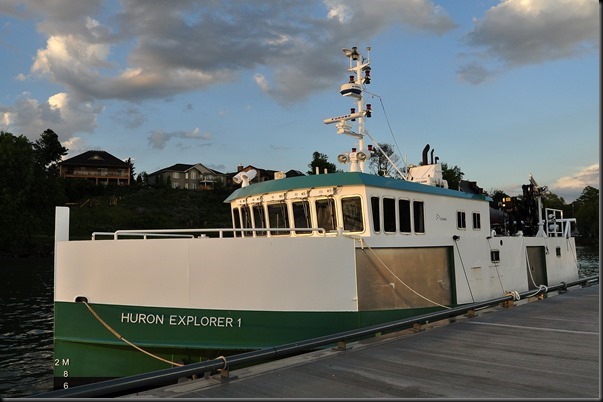 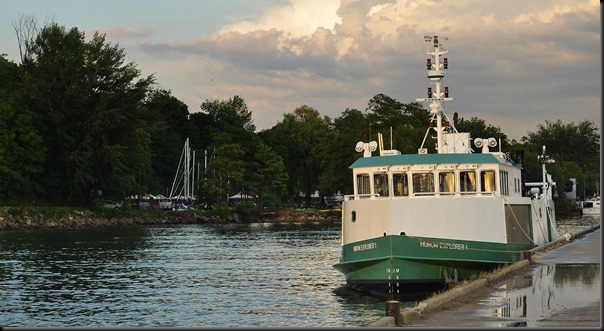 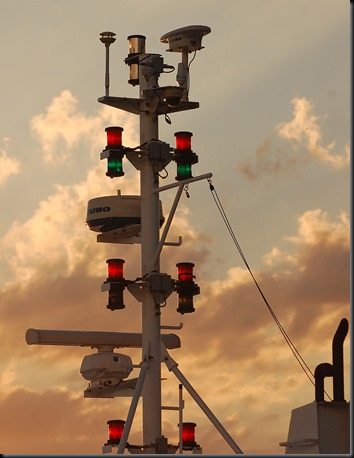 Due for her 3 year rabies shot we loaded up the Pheebs and headed off to our Vet in Zurich Ontario this morning.  A general check-up and nails trimmed.  Pheebs passed her medical exam with flying colors and the Vet said she’s in good shape.  It’s all those happy morning Jeep rides you know.  Knowing we were looking for a dog this is the same Vet clinic that phoned us in August of 2011 saying they knew of a dog needing a good home.  And that dog of course was the fabulous Pheebs.  That sure was a win-win day for all concerned.  It is also the same clinic where we said our final good-byes to Max and Checkers 5 years ago.  South Huron Veterinary Clinic 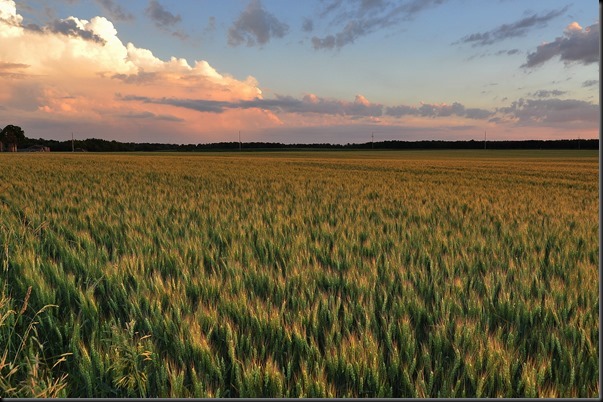 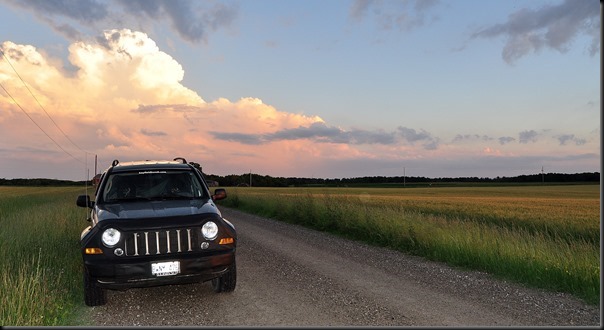 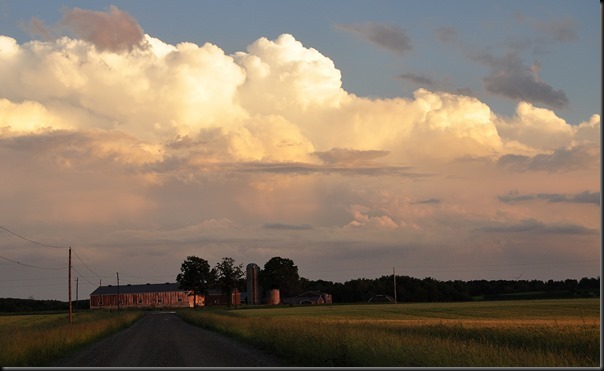 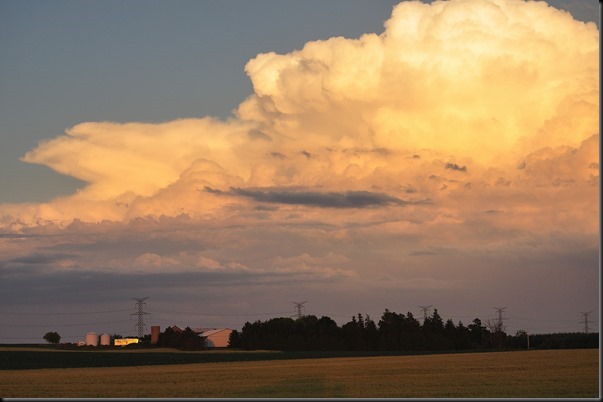 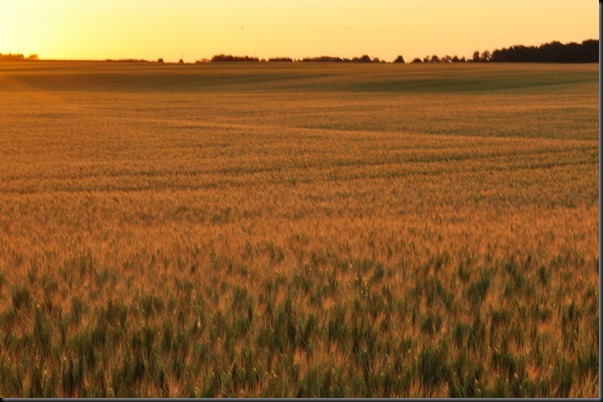 With cooler temps and sunny skies upon us for the first half of today work continued at a leisurely pace on the shed clean-ups.  Always a nice feeling to see things coming together all organized neat and clean again.

GROANER’S CORNER:((  A teacher decides to help one of her kindergarten students put on his boots? He asked for help and she could see why. Even with her pulling and him pushing, the little boots still didn't want to go on. Finally, when the second boot was on, she had worked up a sweat.
She almost cried when the little boy said, "Teacher, they're on the wrong feet." She looked and sure enough, they were. It wasn't any easier pulling the boots off than it was putting them on. She managed to keep her cool as together they worked to get the boots back on - this time on the right feet. He then announced, "These aren't my boots."
She bit her tongue rather than get right in his face and scream, "Why didn't you say so?" like she wanted to. And, once again she struggled to help him pull the ill-fitting boots off his little feet.
No sooner they got the boots off and he said, "They're my brother's boots. My Mom made me wear them." Now she didn't know if she should laugh or cry. But, she mustered up the grace and courage she had left to wrestle the boots on his feet again. Helping him into his coat, she asked, "Now, where are your mittens?"
He said, "I stuffed them in the toes of my boots." The teacher has taken a 2 week recuperation leave……………