OMG!! THE NEW CABINET LOOKED LIKE THE PROVERBIAL 800 POUND GORILLA IN THE ROOM 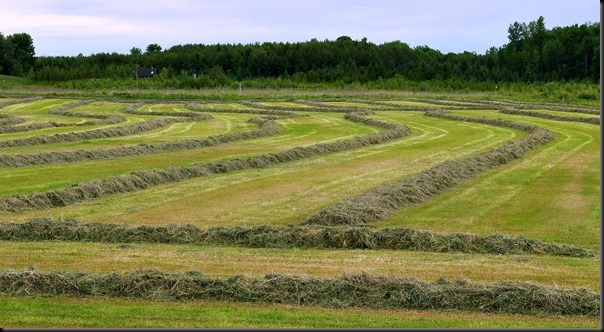 NEW MOWN HAY & DID IT EVER SMELL WONDERFUL THIS MORNING

For whatever reason I’m not sure but am always glad to see Monday morning roll around.  It’s kind of a re-set and new start to the beginning of yet another week in one’s life.  Of course the biggy here is that it isn’t the beginning of a work week and of course that is a big plus as well.  Well for me it is anyway.  So much nicer starting each day with just me making the decisions of what I’ll do or where I’ll go rather than having that decided for me by some employer.  Don’t miss that working stuff at all except for maybe a little bit.  I do think busy work days have a tendency to take one’s mind off oneself:)) 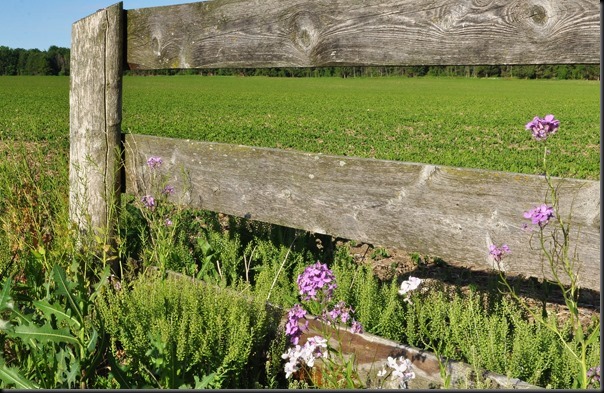 Pheebs and I did get out for a walk in the Hullett Marsh but didn’t see much in the way of wildlife.  Compared to these last bunch of weeks the marsh seemed very quiet.  Nothing honking, quaking, splashing or chirping.  Just quiet air.  With dark clouds moving in from the Northwest we didn’t linger & were back home again before 10. 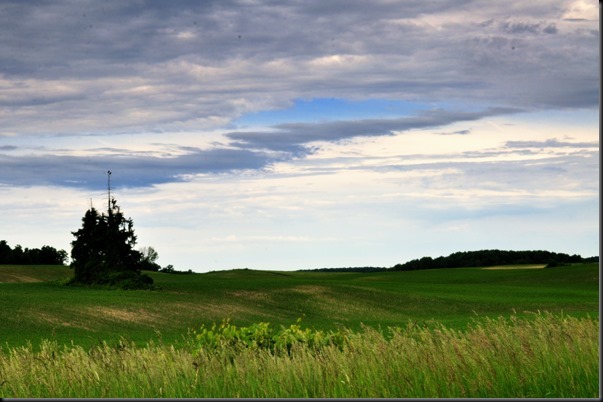 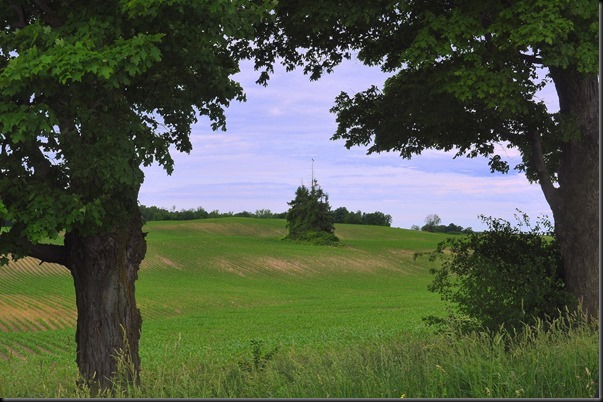 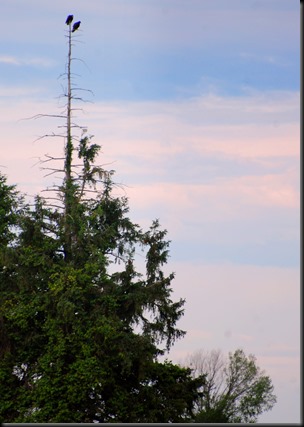 Completely re-arranged the bedroom/storage room already.  When we first stood the last big cabinet up in the room Sunday we suddenly realized we had totally over estimated it’s size & had created an 800 pound Gorilla in the room.  After a bit of scrambling today we found a better location for King Kong on a different wall.  Made a few more changes in the sunroom as well. OMG!!  THIS BIG KING KONG CABINET ENDED UP BEING WAAAAAAY TO BIG FOR THE ROOM 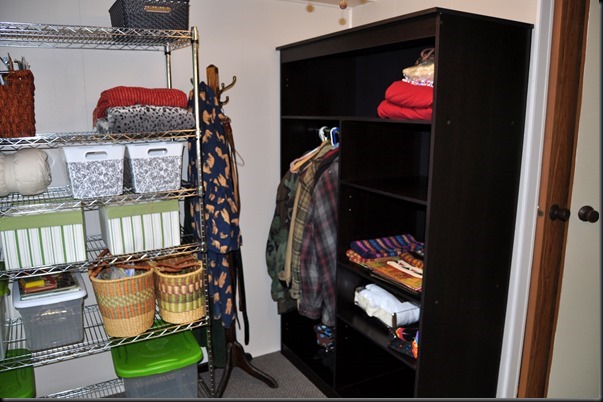 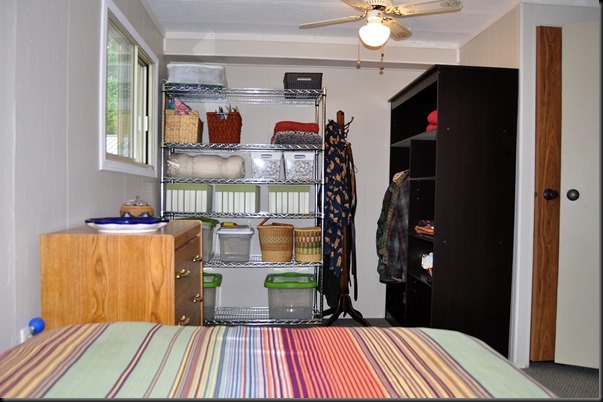 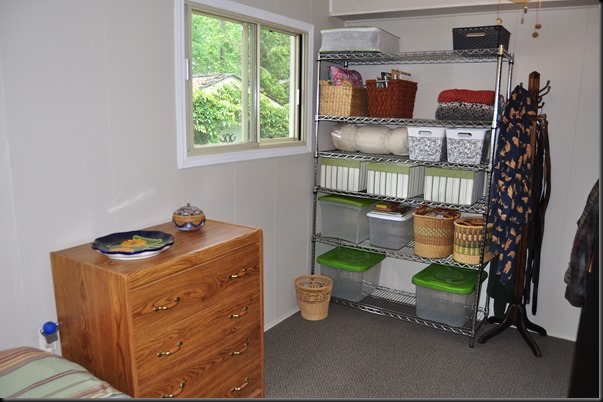 NO PICTURES ON THE WALLS OR DRAPES ON THE WINDOWS YET 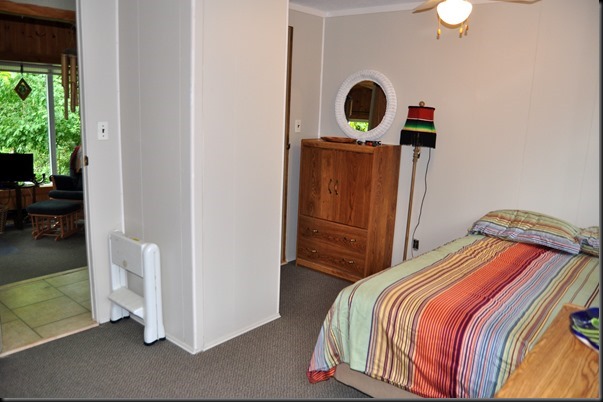 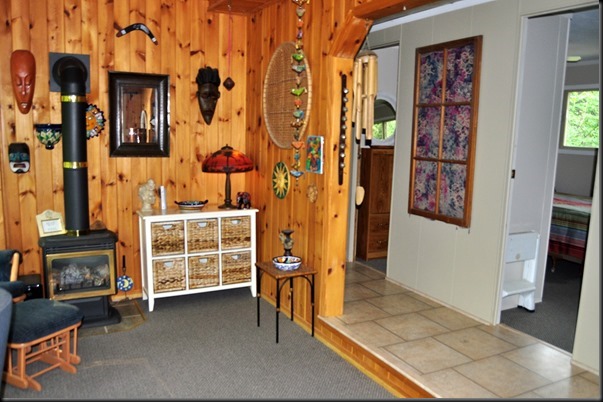 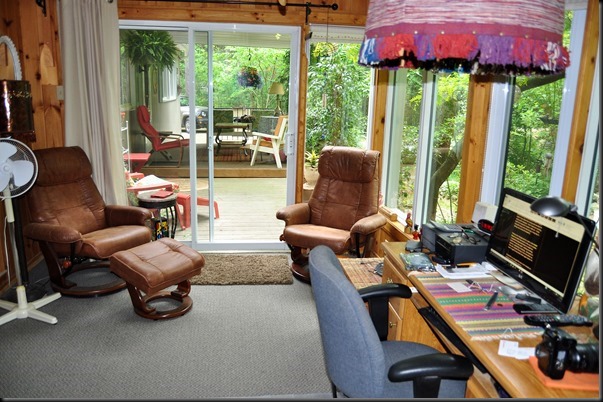 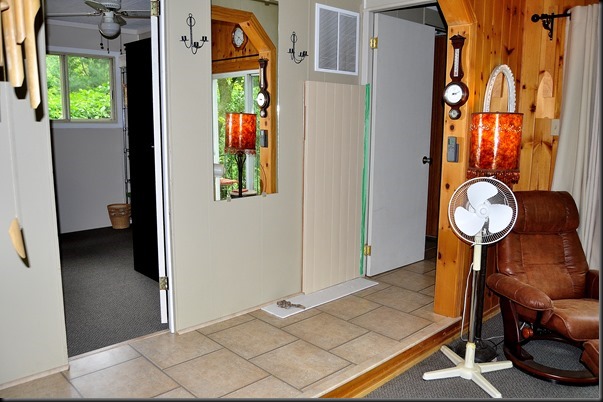 Unusual for our area but there have been a number of Bear sightings close by & close enough for us to re-think any walks on our Pine tree trail for awhile.  Kelly said Pheebs chased something this morning that really upset her because her fur was all standing up.  Kelly said whatever it was gave out 3 loud screeches like a big cat.  It is possible we have a Bobcat in the area.  Found out tonight a Bear has been spotted just a half mile west of us.

ALWAYS NICE WALKING IN THE MARSH 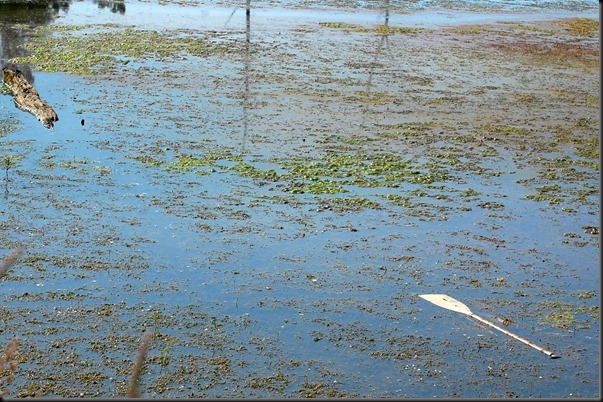 SPOTTED THIS EARLY MORNING ROUND TABLE MEETING OF STUMPS 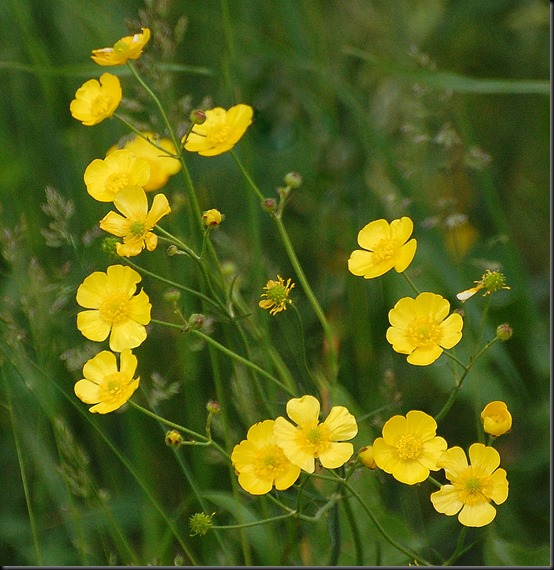 Feels like I am kind of slipping into the Blogging dog days of summer already.  It is becoming a stretch at times to motivate myself enough to publish a post some days yet I look forward to writing and posting photos each night.  Always somewhat less interesting when one isn’t out traveling around seeing new sights and doing new things but it is what it is and so far so good so guess I’ll just keep plugging away till the Sun runs out of energy some day………… 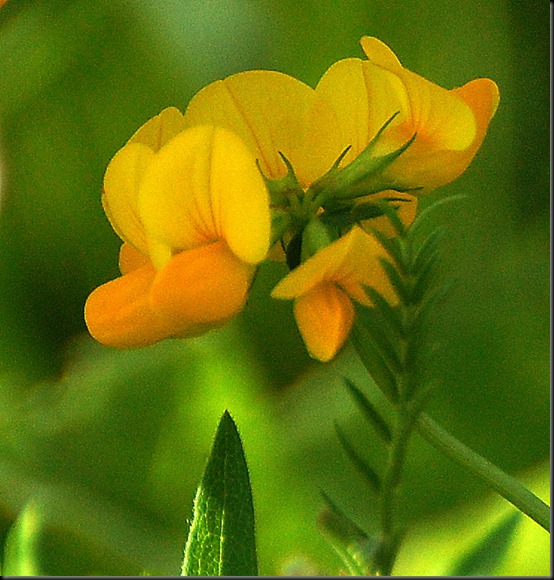 GROANER’S CORNER:(( The police recently busted a man selling "secret formula" tablets he claimed gave eternal youth. When going through their files they noticed it was the fifth time he was caught for committing this same criminal medical fraud.  He had earlier been arrested in 1794, 1856, 1928 and 1983.