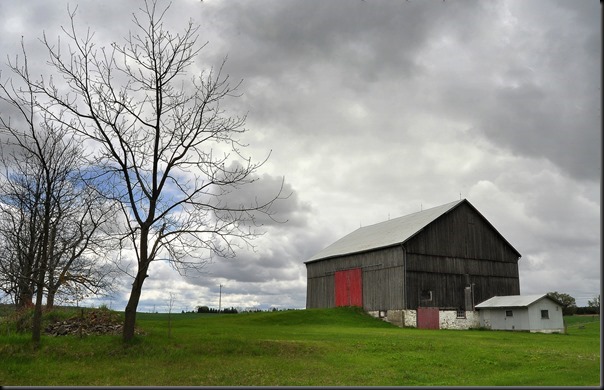 Unless we’re traveling it is very rare for Kelly & I to go out for breakfast & even rarer still to go out with other people for breakfast.  So it was rare indeed this morning when neighbors Don & Barb picked us up for bacon & eggs at the Bayfield Berry Farm.  Last time we can remember being out with anybody was last summer when we took Don & Barb out in our Motorhome to let Don drive it to see what he thought.  They were debating full-timing at the time but have since bought a winter place in Zephyr Hills, Florida.  We all flapped our gums from 8 a.m. till nearly 10:30 this morning & yes indeed it was a very rare but enjoyable occurrence for us. 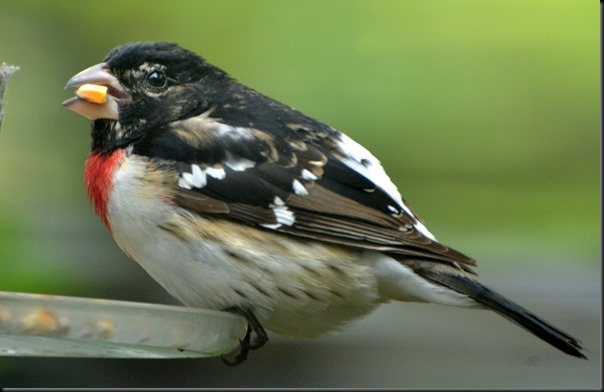 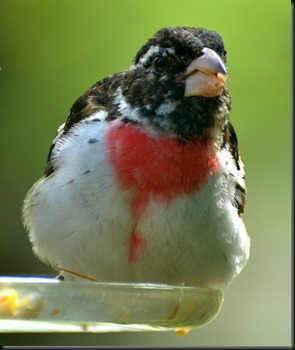 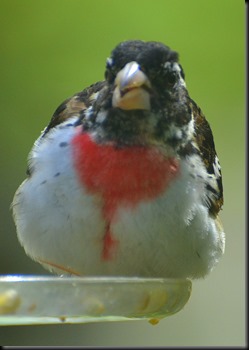 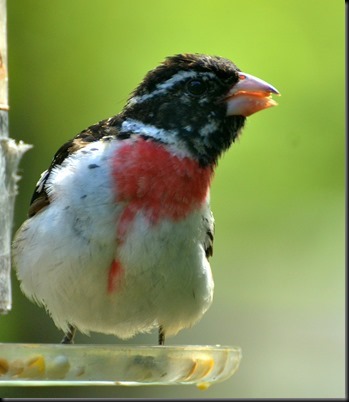 No snow on the ground this morning & after breakfast at the Bayfield Berry Farm I was encouraged by a few Sun splashes making their way through the heavy cloud cover.  With temps in the mid 30’s & a brisk wind blowing it was cold but Pheebs & I headed out for a short drive anyway.  Just not quite enough sun to lift my spirits & we were soon home again having only taken 1 photo & that was that.  Not even a coffee & a muffin & I was sure getting some dirty looks from my furry little passenger about that. 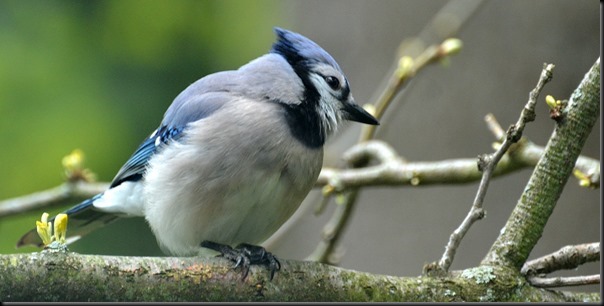 <<< KELLY TOOK A PHOTO OF THIS CHIPMUNK ON OUR BIRDFEEDER

Had myself a little burst of energy this afternoon so decided to re-arrange our living room.  I did get permission first of course.  Seeings how we're in the midst of making a few improvements to our house I just figured our living room was long overdue for a shake-up as well.  The reason for all the changes lately is a direct result of spending the last 4 years or so looking for a house on a nice little piece of country property in the area & not finding anything we liked that was affordable.   This is a very pricey area along the lake.  We do like our Park's country setting here in our pine forest just a few minutes drive outside of Bayfield Ontario so we'll just make a few improvements, do some upgrades & stay right where we are for now.  Heck of a lot of less hassle than having to up & move somewhere.  And cheaper too. 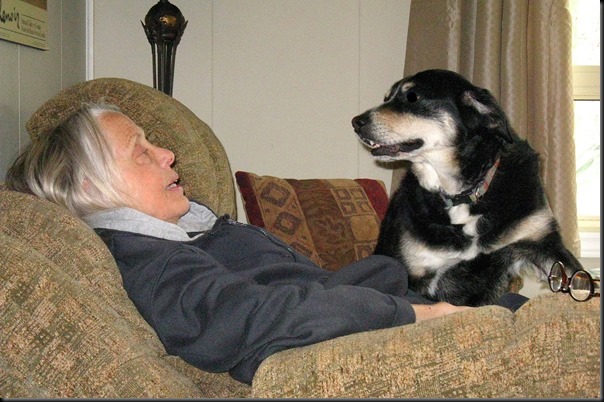 After publishing my Saturday night post & feeling a little homesick for the South-west I gassed up my Google Earth plane & flew myself on down to Congress Arizona for a look back on so many fond memories.  Flew out to House/Indian Rock & had a look from the air at Aunt Jean’s favorite cluster of rocks nearby as well.  Winged my way along some of the Jeep roads I have become so familiar with & buzzed over our little house just a mile away.  The satellite photo of our place was taken November 6th of last year & I noticed our Jeep Liberty was not in the driveway so checking my blogs archives I knew the Friday photo had to be taken late morning when we were in Wickenburg on our first grocery run of the season.  ‘Sarge’ pulled in behind us that morning when we got home.  That Google Earth is the next best thing to being anywhere & oh how I like to go places we have been before & fly over & actually in many cases land right on roads we have actually traveled.  What a truly amazing piece of modern technology that Google Earth is. You may tick me off in some of your other Google sites but I sure do like your Google Earth program.  Thank you Google:)) 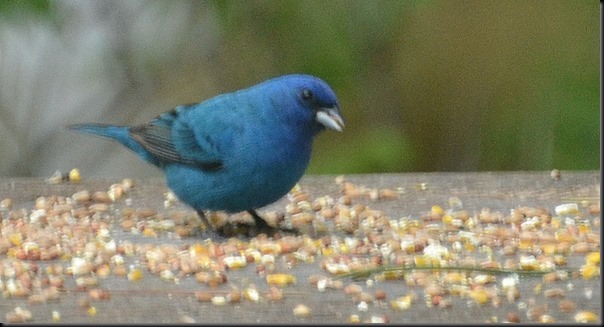 Doing a load of laundry this morning I was instantly transported back in time in a mere fraction of a second when I took the cap off a bottle of Downy Fabric Softener.  The sweet aroma took me back to a time & era around 1964 when I briefly worked in a Kitchener Ontario Supermarket.  When I say briefly I think it might have only been 3 or 4 months & it was only the second real job in a long line of jobs I was to have over the coming years.  I was a stock boy & as such I had several sections in the supermarket I was responsible for keeping stocked & looking good.  One of those sections was Fabric Softeners & Detergents, etc.  Everything on the shelf in neat order, labels facing out, newer stock to the front & keep those holes filled to give the shelves a well stocked appearance.  Do you know I still do that today.  Just this morning in Walmart walking through the grocery section I saw a quart of chocolate milk on it’s side in the display case so as I passed by I set it up straight.  Walking through any store if I see something on the floor I cannot walk by without stopping to pick it up & put it back where it belongs.  If I see an item on a shelf with the label turned the wrong way I instinctively give it a turn to face the label out or if some products are mussed up a bit I have been known to stop & straighten them out.  Even shopping carts I have a tendency to take to their respective places & all this I figure comes from those few months working at a Kitchener Ontario Zehrs Supermarket in the Frederick Street Plaza over 50 years ago.  And those few basic organizational habits learned back then were to follow me through many many jobs in the years to come.  Yes indeed, some of those old early learned habits just seem to stay with us forever:)) 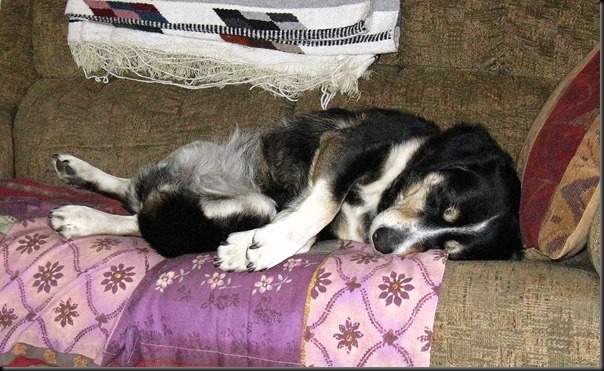 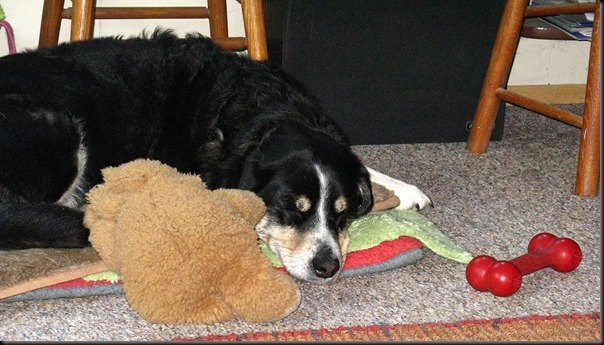 SNOOZING WITH HER TEDDY BEAR TEDLEY 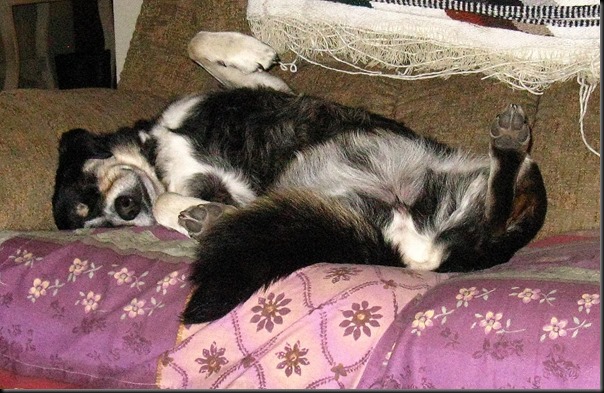 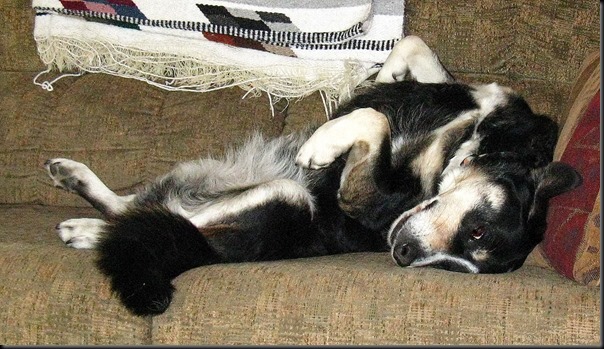 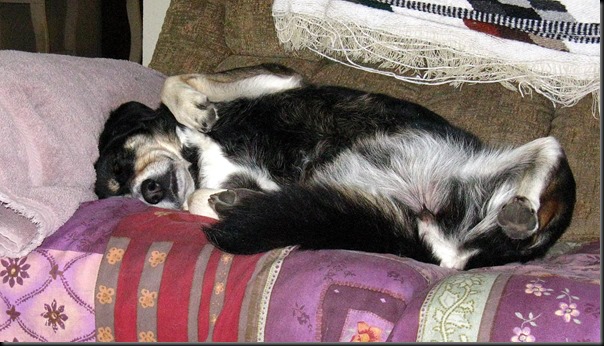 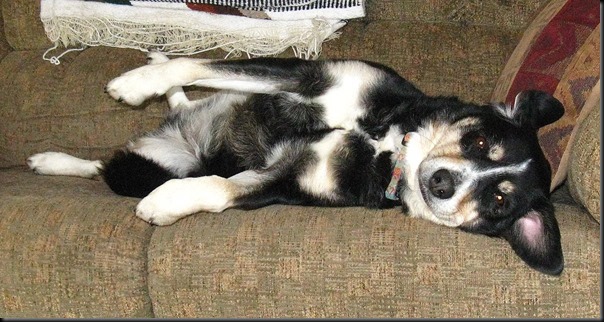 WAKING UP JUST LONG ENOUGH FOR A BIG STRETCH 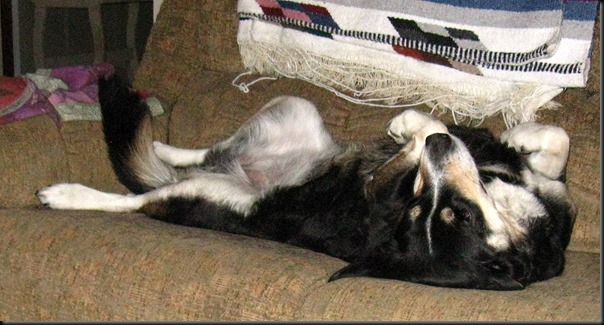 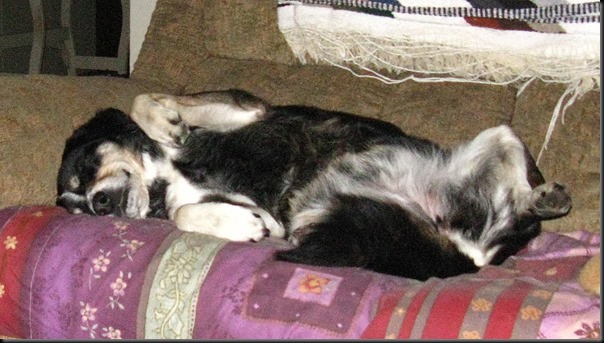 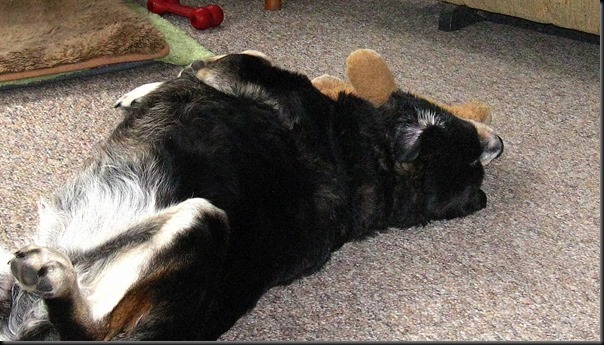 CRASHED OUT ON THE FLOOR WITH TEDLEY 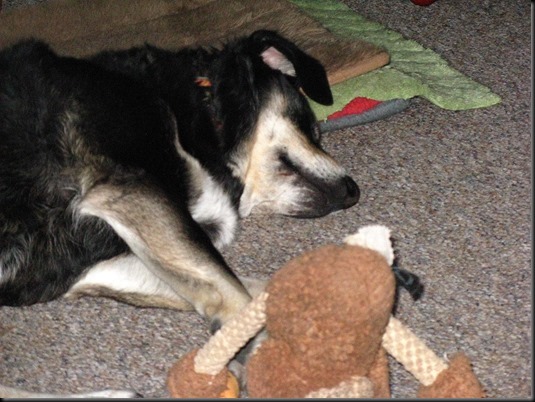 SNOOZING WITH HER LITTLE PAL SHUSTER THE ROOSTER 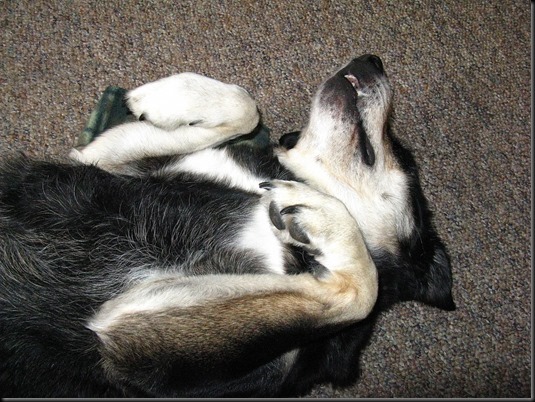 UPSIDED DOWN & KNOCKED RIGHT OUT

GROANER’S CORNER:((  Husband’s Text Message:  Honey,  a car hit me when I was out of the office. Paula brought me to the hospital.  They have been taking tests and X-rays.  The blow to my head has been very strong, fortunately it seems that it did not cause any serious injury, but I have three broken ribs, a compound fracture in the left leg, and they may have to amputate my right foot.  Wife’s Response: Who’s Paula?