IT NEARLY BURNT A HOLE IN MY LEG 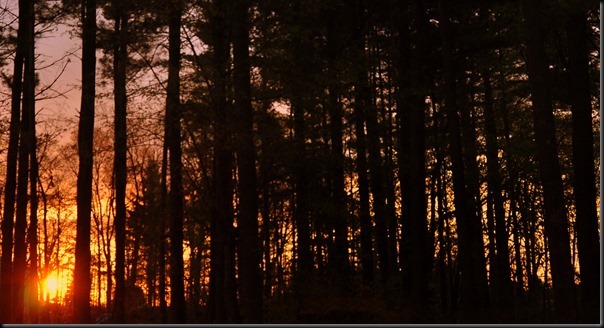 A high overhead cloud cover dampened my Spirits but Pheebs & I did take a short drive to pick up some gas & a McDonald’s Burrito.  They must have micro-waved that sucker to near the incineration point.  Set it on my lap & it nearly burnt a hole in my leg.  Of course Pheebs was racing around inside the Jeep like a Kentucky Derby race course in anticipation of sharing that burrito so it was imperative I get it cooled down fast.  With both main dash vents concentrating their cool morning air directly on the smoking Burrito I switched the fan from high to overdrive & a minute later Pheebs & I began wolfing down our cooled Burrito:))

TULIPS ALONG THE ROADSIDE 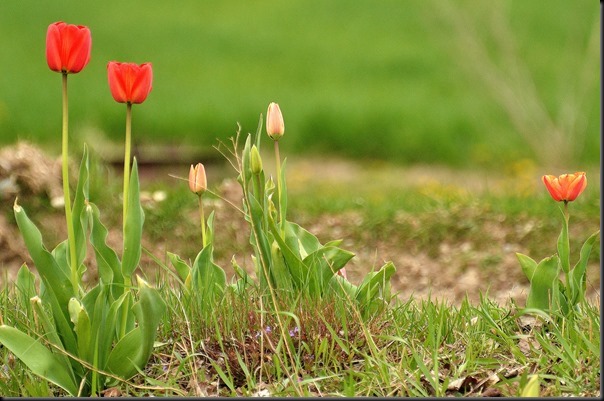 A few sprinkles of rain on the windshield sent us scurrying for home & that was the end of our travels for the day.  Busied myself in the afternoon prepping the reno bedroom & finishing my ceiling paint project.  We’re thinking now we’ll just have the whole room wallpapered instead of doing a paint & wallpaper combination.  That’s fine with me & will save patching all the nail holes from people hanging pictures on those wall since the unit was built back in 1982.  So many holes in fact it looked like Al Capone had stepped into the room & let fly with his Thompson submachine gun!! 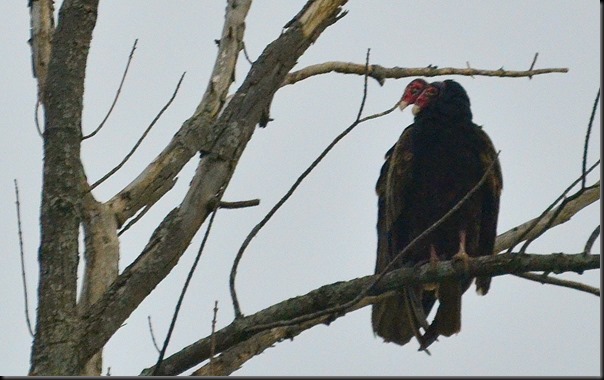 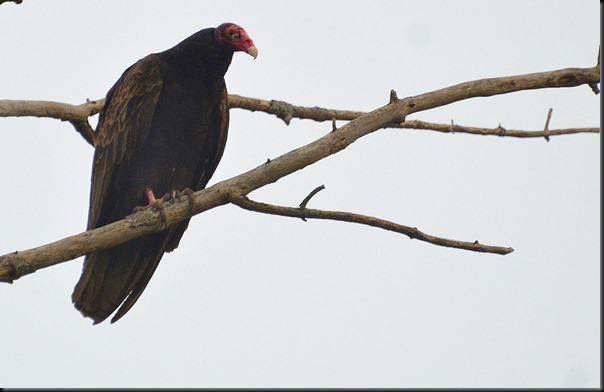 OOOPS ONE OF THE HEADS JUST FLEW AWAY

Kelly’s heading off to Cambridge in the morning to see her Kids for Mother’s Day while Pheebs & I stay home being our usual good little selves.  Depending on the weather we might head out for a drive & walk somewhere. 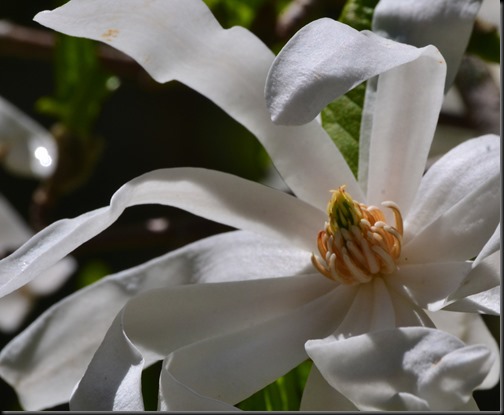 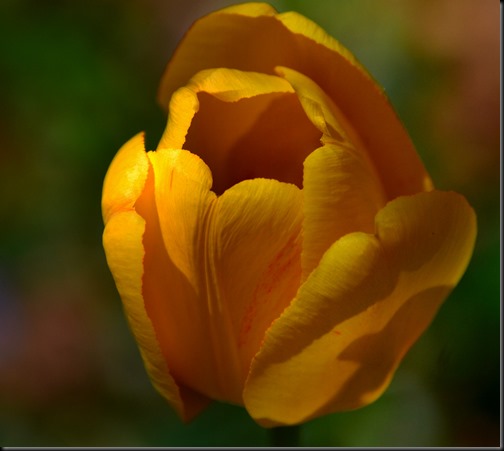 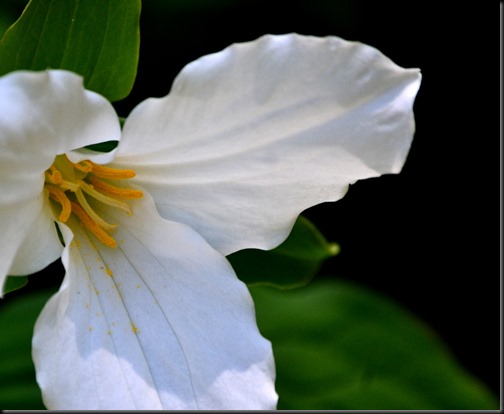 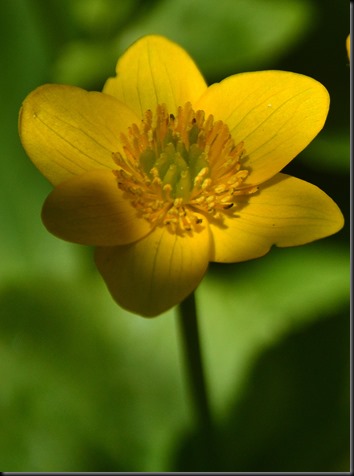 Last week I mentioned about some possible travel plans for the middle of June.  My Aunt Jeans health had been slipping so Kelly, Pheebs & I began laying out some Motorhome plans for a trip to Florida.  Since then Aunt Jeans health has improved so we decided to go back to our original plan of going to Florida on our way West in October.  I have been to Florida in June before & know how hot & brutally humid it is so for sure I am looking forward to going in October’s much nicer cool weather. 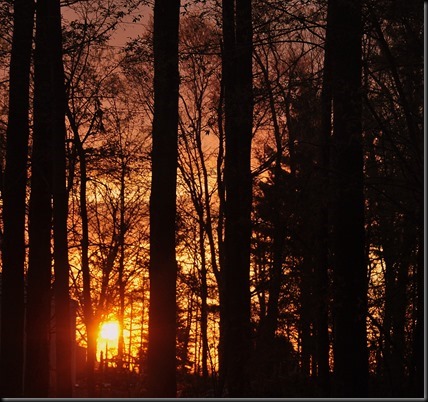 GROANER’S CORNER:(( Lost Words from our Childhood::  For those of you that remember, enjoy the memories.
Heavens to Murgatroyd! Would you believe the email spell checker did not recognize the word murgatroyd?
Words gone as fast as the buggy whip! Sad, really! The other day a not so elderly (65) lady said something to her son about driving a Jalopy and he looked at her quizzically and said what the heck is a Jalopy? OMG (new phrase!) he never heard of the word jalopy!!  She knew she was old but not that old...  Well, I hope you are Hunky Dory after you read this piece by Richard Lederer
About a month ago, I illuminated some old expressions that have become obsolete because of the inexorable march of technology. These phrases included: "Don't touch that dial”, "Carbon copy", "You sound like a broken record" and "Hung out to dry." Back in the olden days we had a lot of moxie. We'd put on our best bib and tucker to straighten up and fly right! Heavens to Betsy! Gee whillikers! Jumping Jehoshaphat! Holy moley!

We were in like Flynn and living the life of Riley, and even a regular guy couldn't accuse us of being a knucklehead, a nincompoop or a pill. Not for all the tea in China!  Back in the olden days, life used to be swell, but when's the last time anything was swell?  Swell has gone the way of beehives, pageboys and the D.A.; of spats, knickers, fedoras, poodle skirts, saddle shoes and pedal pushers.

Oh, my aching back. Kilroy was here, but he isn't anymore.  We wake up from what surely has been just a short nap, and before we can say, “well I'll be a monkey's uncle!” or “This is a fine kettle of fish!” We discover that the words we grew up with, the words that seemed omnipresent as oxygen, have vanished with scarcely a notice from our tongues and our pens and our keyboards.  Poof, go the words of our youth, the words we've left behind. We blink, and they're gone. Where have all those phrases gone?
Long gone: Pshaw, The milkman did it.  Hey! It's your nickel.  Don't forget to pull the chain. Knee high to a grasshopper.  Well, Fiddlesticks! Going like sixty. I'll see you in the funny papers.  Don't take any wooden nickels.   Heavens to Murgatroyd!

It turns out there are more of these lost words and expressions than ‘Carter has liver pills’.  This can be disturbing stuff!  We of a certain age have been blessed to live in changeful times. For a child each new word is like a shiny toy, a toy that has no age. We at the other end of the chronological arc have the advantage of remembering there are words that once did not exist and there were words that once strutted their hour upon the earthly stage and now are heard no more, except in our collective memories.  It's one of the greatest advantages of aging.  See ya later,
Alligator, after awhile Crocodile………………