FOR SUPPER TONIGHT PHEEBS & I HAD A HOMEMADE 3 EGG OMELET…..AND SURVIVED:)) 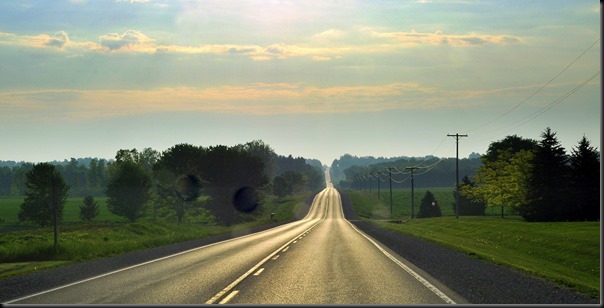 Pheebs & I were out the door by 7 this morning taking full advantage of today’s temporary but refreshingly cooler air.  Just a nice quiet drive in the countryside stopping by a few area creeks for a leg stretch.  Took very few photos for a change.  We were back home by 9 & beat the humidity which began settling in shortly after.  Did not stray far from the air conditioner for the rest of the day although I must say it was not as bad as the day before. 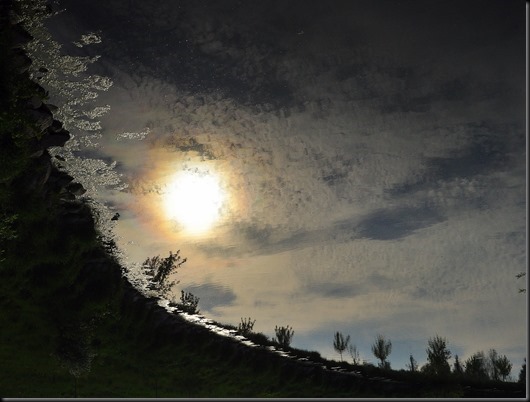 RIGHT SIDE UP OR UP SIDE RIGHT 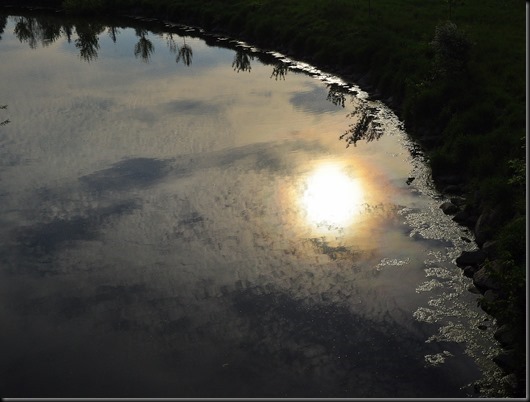 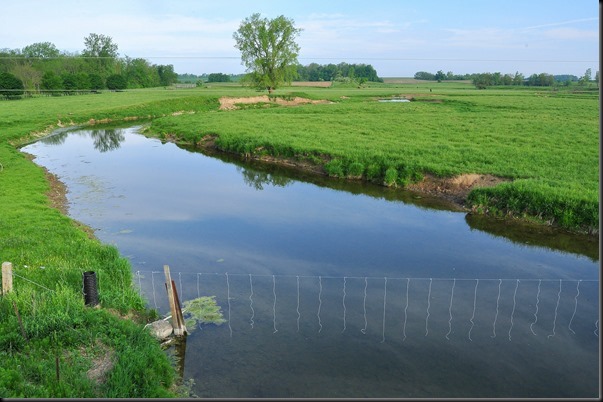 Bruce rolled in after lunch & set to work finishing off the trim renovated room’s trim.  Also put a new frame around Kelly’s bedroom window & some trim around the kitchen’s Microwave enclosure.  He’s got all the tools, he’s got the smarts, & he’s got the patience.  I don’t have either the smarts or the patience but I have been called a Tool a few times over the years. 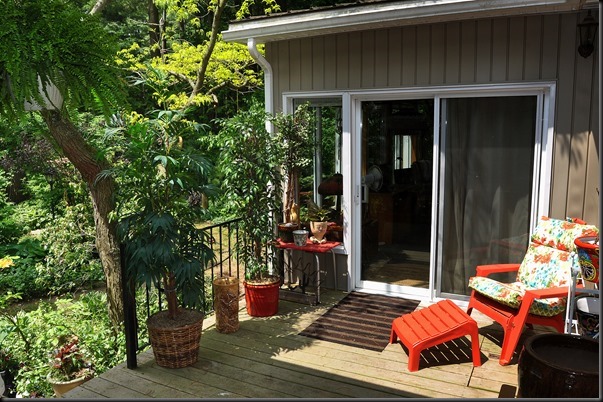 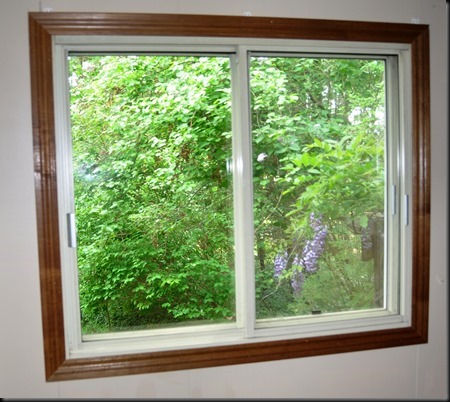 I WONDER WHAT THE CHANCES ARE KELLY WILL MAKE ME PAINT THAT WOOD FRAME A FLAMING ORANGE WHEN SHE GETS HOME….NOTE THE LILACS OUTSIDE THE WINDOW

Hotmail has never been a favorite email program of mine & lately trying to send some pictures to Kelly showing her the reno process Hotmail has become my least favorite email program of all time.  And no I don’t much care for Gmail either so the above photos & sunroom photos further on are for Kelly over in Spencerport NY to give her an idea where things are at here.

DANCE OF THE CROWS 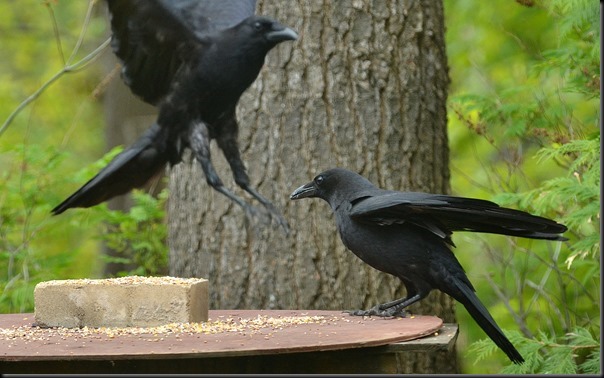 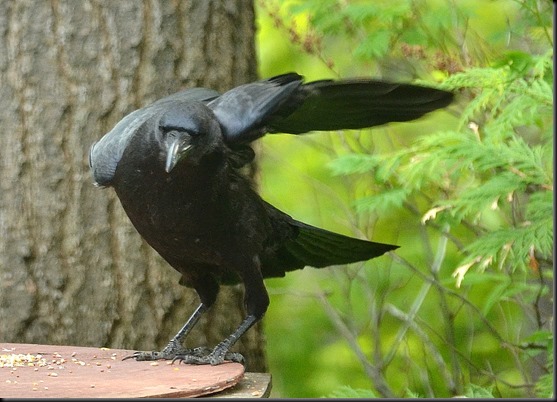 Come On Baby Let's Do The Twist 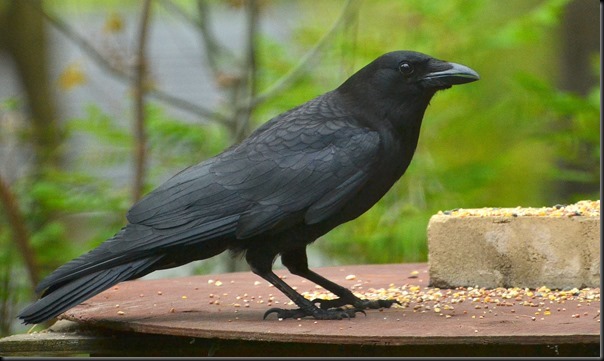 WHAT!! YOU THINK WE ‘OLD CROWS’ CAN’T DANCE

A fast moving thunder & lightning storm cell rolled in off the lake & dumped some water on us tonight around 6.  Happy to say the roof tar repair job Bruce did on our roof a few days ago worked fine & we had no leaks. 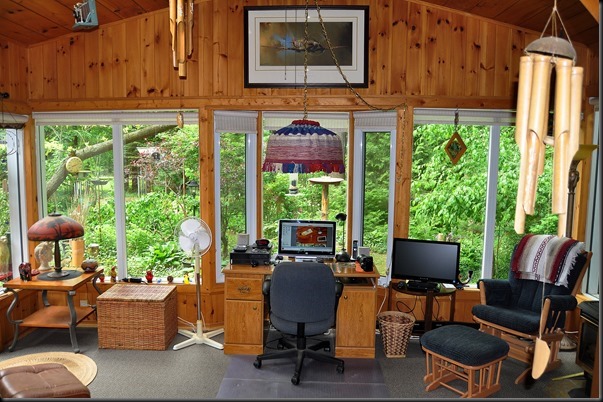 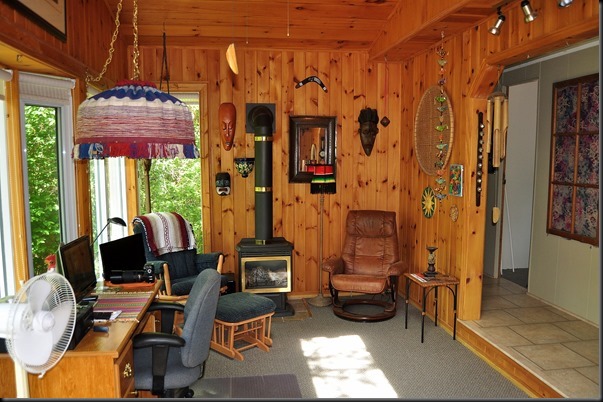 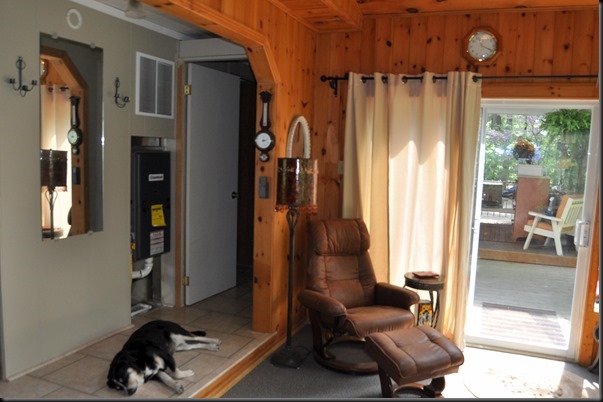 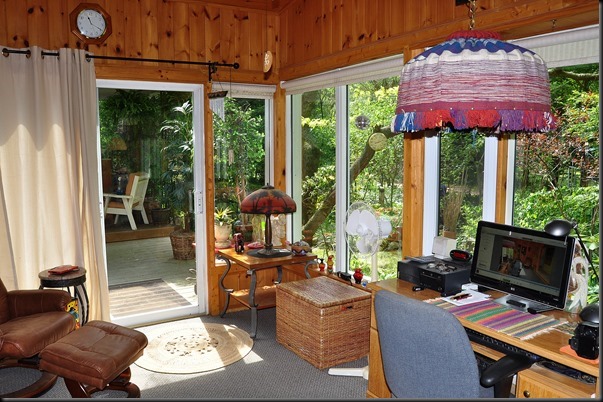 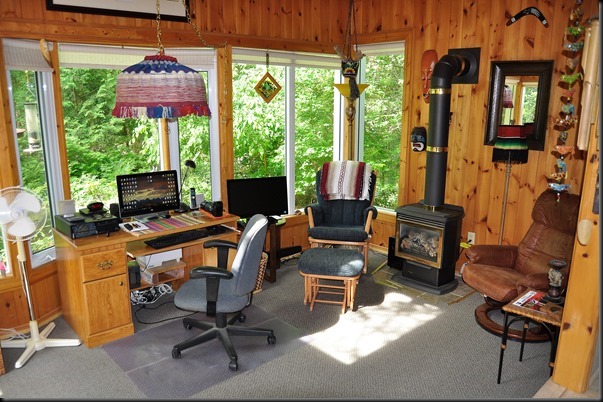 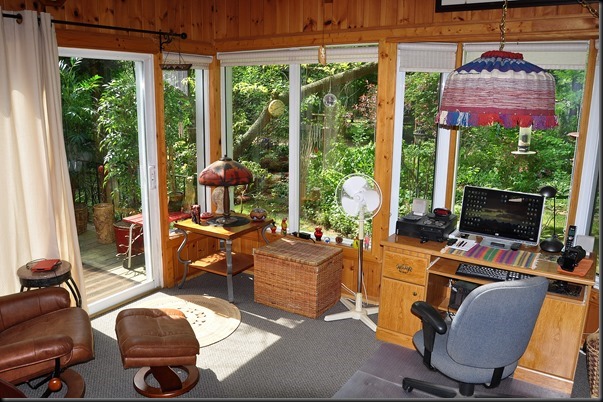 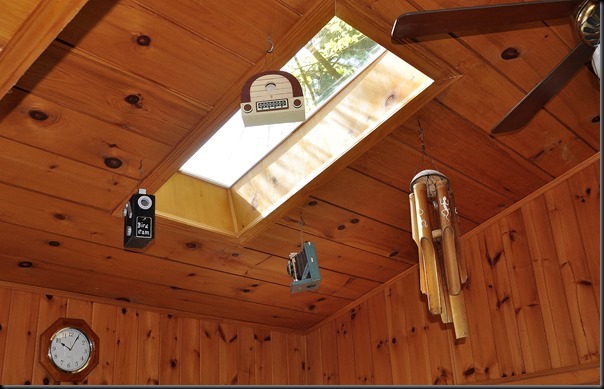 THREE OF THOSE HANGING OBJECTS (2 CAMERAS  REPLICAS & AN OLD RADIO REPLICA) WERE SENT TO US ANONYMOUSLY A FEW YEARS AGO BY A BLOG READER.  WE THINK THEY WERE BOUTHT IN ONE OF OUR FAVORITE EATING PLACE WHILE TRAVELING CALLED ‘CRACKER BARREL’ AND THAT GIVES US A CLUE TO WHO MAY HAVE SENT THOSE TO US:)) 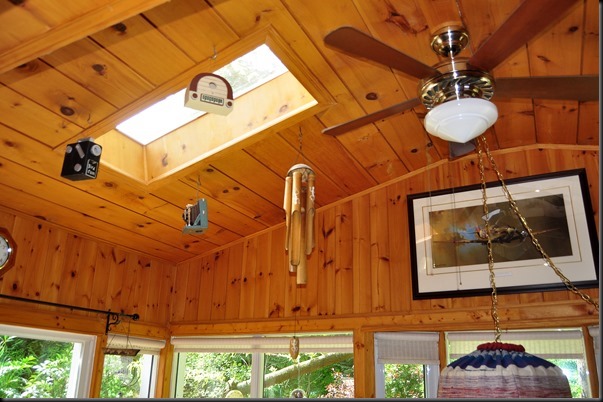 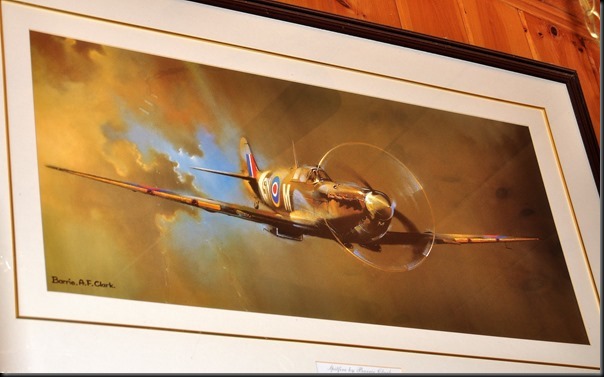 WHEN i SAW THIS ‘SPITFIRE’ PRINT AT THE WINGHAM ONTARIO AUCTION BARN A DOZEN YEARS AGO I KNEW I HAD TO HAVE IT……IT HANGS IN OUR SUNROOM.  COINCIDENTALLY, WE HEARD ONE OF THE 2 PREVIOUS OWNERS OF OUR HOUSE WAS A SPITFIRE PILOT. 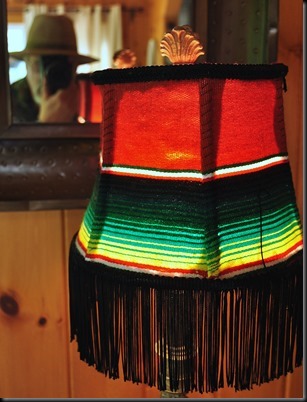 <<< SOME READERS MAY RECOGNIZE THIS LAMPSHADE FROM OUR CONGRESS HOUSE

Been quite awhile since I hammered out a 3 egg omelet but for supper tonight a 3 egg omelet it was for Pheebs & I.  A few pieces of sausage thrown in with some ‘Old Fort’ cheese & half a dozen little slices of celery.  Celery was the only green stuff I could find.  Okay so maybe the celery part wasn’t such a swell idea but the rest of the Omelet tasted just fine like an Old Fort 3 egg omelet should.

ANCIENT CASTLES IN A LAND FAR FAR AWAY

GROANER’S CORNER:(( The strong young man at the construction site was bragging that he could outdo anyone in a feat of strength. He made a special case of making fun of one of the older workmen. After several minutes, the older worker had had enough. "Why don't you put your money where your mouth is," he said. "I will bet a week's wages that I can haul something in a wheelbarrow over to that outbuilding that you won't be able to wheel back." "You're on, old man," the braggart replied. "Let's see what you got." The old man reached out and grabbed the wheelbarrow by the handles. Then, nodding to the young man, he said,  “Get in."