WE SURE ARE HOPING THIS IS WINTER’S LAST GASP!! 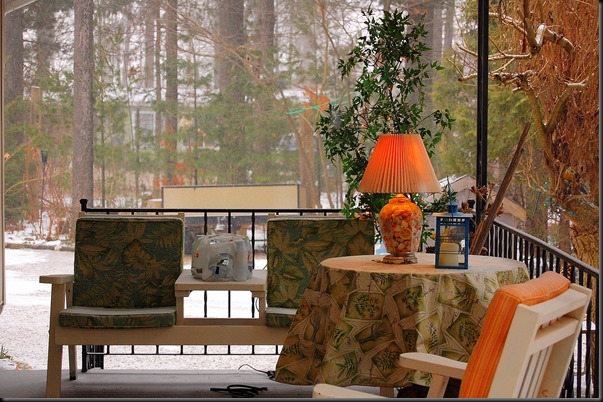 Dead battery in the Jeep this morning after El-Forgetzerville forgot to turn off the Sirius Satellite radio again.  That’s twice in 3 weeks.  Libby’s nose was close to Big EEE’s nose so using jumper cables I was able to get it started.  Pheebs & I took a quick spin around the country block to charge it up again.

Had a late morning coffee with friends & fellow Canadian RV Bloggers Caron & Chris at their new to them home right here in our 5 Seasons Park.  After full-timing for 5 years they decided it would be wise to get themselves a home base & after reading my blog for a number of years decided to come have a look at our 5 Seasons Park.  Like us over 13 years ago they liked what they saw & lucked out buying one of the nicest homes in the Park.  Again like us they are sure happy now to have a nice home to come to come home to in the Spring:))  You can find Chris & Caron at Travels With CC And Dixie. 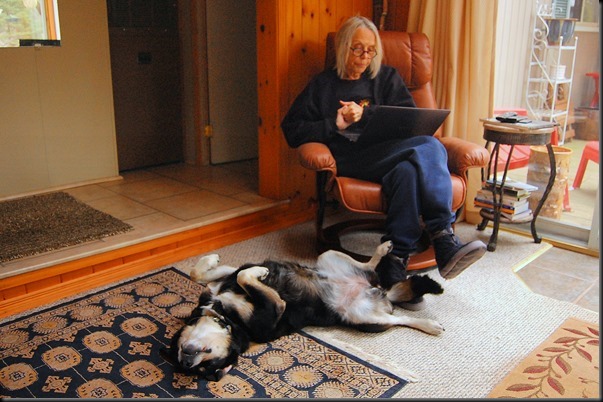 Waited all day for the predicted snow storm to roll through & it arrived at precisely 4 p.m.  Wasn’t much to it though, just a little bit of snowin & a little bit of blowin but the damp wind chill factor sure made it feel cold outside.  Temps hovered around the 29F mark. 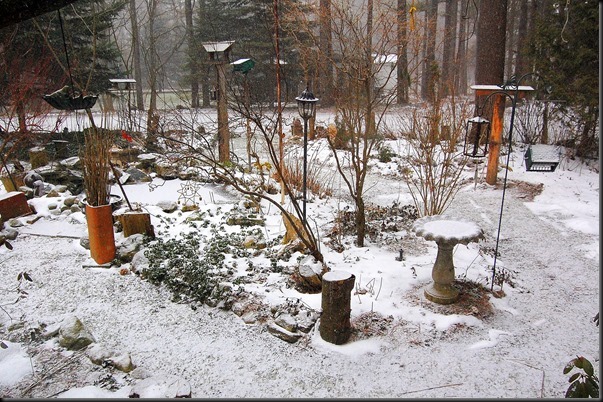 It’s Maple Syrup time in our neck of the woods & Stu from Seasons in the Valley has some great photos of a modern maple syrup operation a few hours northeast of where we live.  Titled the Kemble Maple Syrup Tour he will also be posting photos from 5 other smaller maple syrup operations as well so you might want to drop by & see how ‘real’ maple syrup is made.  Or as I sometimes call it, Maple Surple:)) 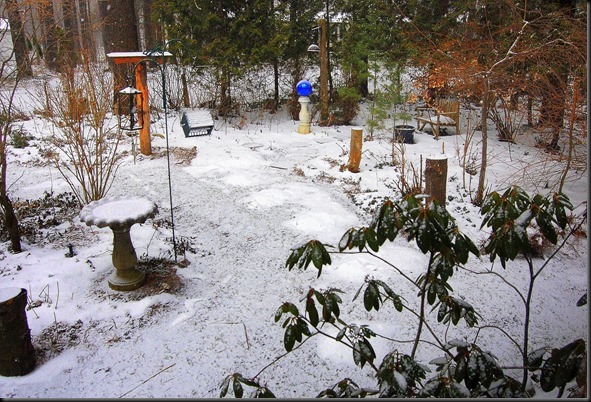 AND YES IT IS JUST AS COLD AS IT LOOKS 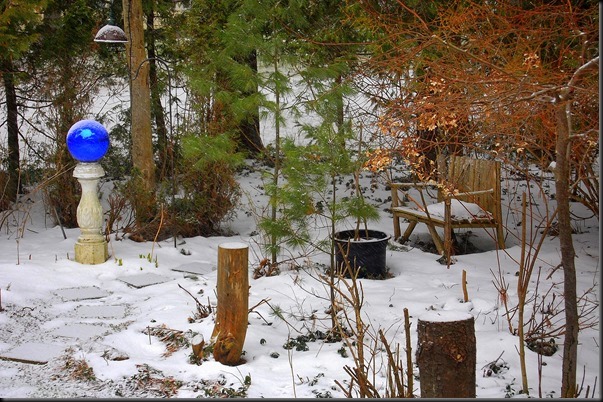 A few months ago in Congress we had the pleasure of meeting an enjoyable single RV Gal by the name of Rhonda who at the time had just newly set out in her Winnebago Motorhome touring around the South-West.  She told us at the time she was working at putting a travel blog together & happily she did just that & you can now follow her travels now at Me the Toad and the Road. (catchy title)  You can also find Rhonda on our sidebar now as well. 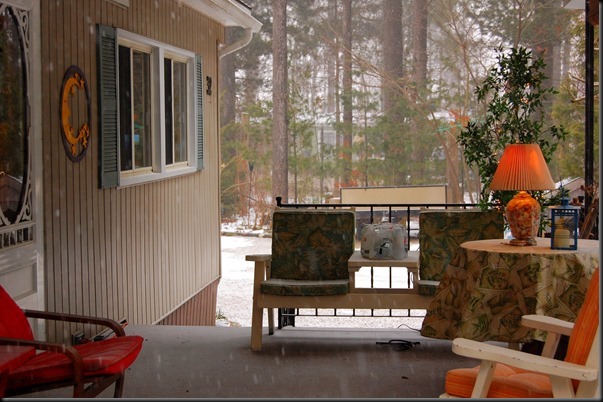 GROANER’S CORNER:(( According to a news report, a certain private school in Washington recently was faced with a unique problem.  A number of 12-year-old girls were beginning to use lipstick and would put it on in the bathroom.  That was fine, but after they put on their lipstick they would press their lips to the mirror leaving dozens of little lip prints.  Every night, the maintenance man would remove them and the next day, the girls would put them back.  Finally the principal decided that something had to be done.  She called all the girls to the bathroom and met them there with the maintenance man....She explained that all these lip prints were causing a major problem for the custodian who had to clean the mirrors every night.  To demonstrate how difficult it had been to clean the mirrors, she asked the maintenance man to show the girls how much effort was required.  He took out a long-handled squeegee, dipped it in the toilet, and cleaned the mirror with it.  Since then, there have been no lip prints on the mirror.  There are teachers, and then there are educators.………….