I’M RUNNING OUT OF IDEAS & CREATIVE WAYS TO EXPRESS REPETITION 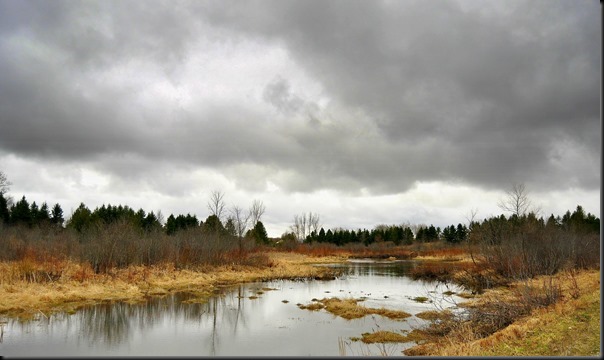 I'm going to keep this post short again folks because there just isn't a whole lot going on for me to write about again.  I'm afraid my days are falling into a repetitious cycle & I'm running out of ideas & creative ways to express that repetition. 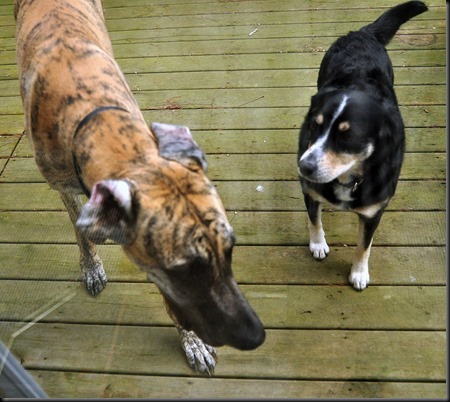 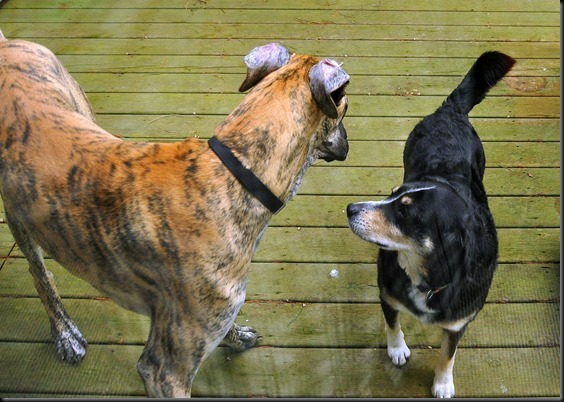 With cold cloudy skies overhead I had again resigned myself to another ‘inside’ day.  It was 10 a.m. before I climbed out of my recliner & & only did so because I noticed skies had brightened a bit.  A touch of Sun in the tops of our pine trees was enough to get me dressed & out the door.  Had to get some blood work done in Goderich anyway so loaded up Pheebs & we took the long way to Goderich via the Hullett Marsh.  Our brighter skies soon became darker & we ran us into a bit of rain so turned Libby’s nose around & headed for the Maitland Medical Center across from the east side of the Goderich Hospital.  A quick needle poke in the arm & that was that for the blood work so we headed home. 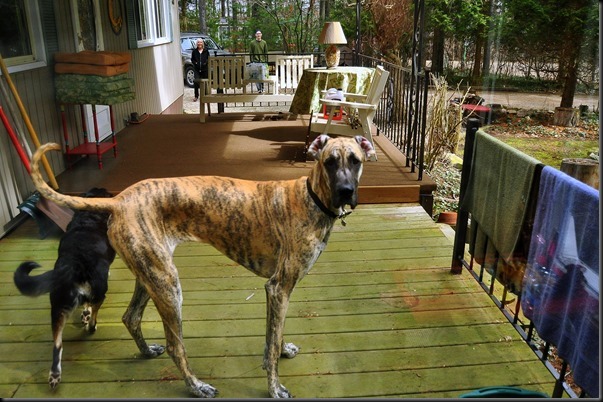 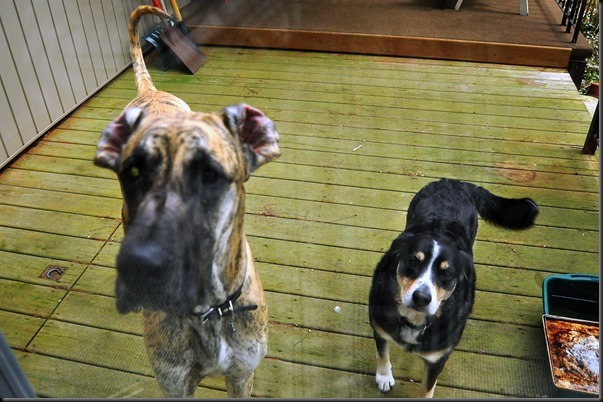 Pheebs got to play with a new Pal today when a Great Dane by the name of Stella came over from our neighbors house.  Stella’s just visiting the neighbor for today.

Happy to say our skies surprisingly cleared late this afternoon & we ended the day under sunny but cold skies.  Weather people are predicting rain tomorrow turning to snow for Sunday & possibly Monday.  Snow in early April is actually normal here but of course we were hoping this year might be the exception to the norm……Not so:(( 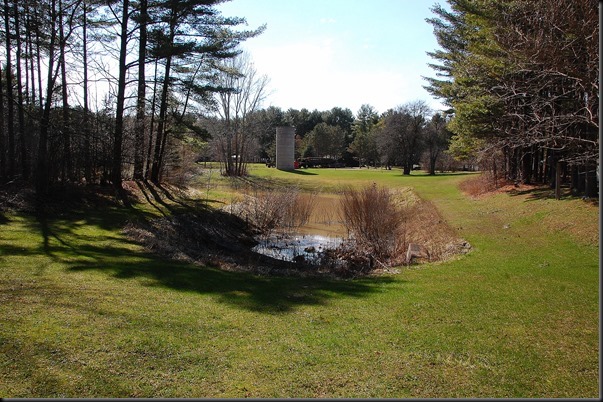 I GOT THE DISTINCT FEELING THESE TWO ‘WEREN’T TALKING’ TODAY

GROANER’S CORNER:((  Boudreaux and Thibodeaux worked together and both were laid off,  so they went to the unemployment office.   When asked his occupation, Boudreaux answered, "Panty Stitcher.  I sew da elastic onto ladies' cotton panties." The clerk looked up Panty Stitcher.  Finding it classified as unskilled labor,  she gave him $300 a week unemployment pay.   Thibodeaux was asked his occupation.  "Diesel Fitter," he replied.   Since diesel fitter was a skilled job,   the clerk gave Thibodeaux $600 a week.  When Boudreaux found out he was furious.  He stormed back into the office to find out why his friend and coworker was collecting double his pay.  The clerk explained,  "Panty stitchers are unskilled and diesel fitters are skilled labor."  "What SKILL?"   yelled Boudreaux.  "I sew the elastic on da panties,   Thibodeaux puts dem over his head and says:  "Yeah, diesel fitter."