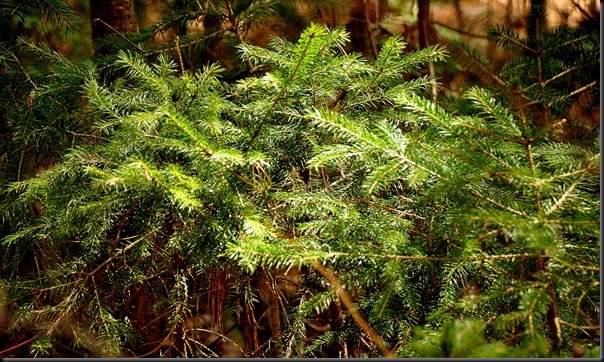 A RAY OF SUNLIGHT TOUCHES DOWN IN THE FOREST TODAY

It was 10 a.m. this morning & I was seated in a rather stiff high backed black chair.  I wasn’t at home & the chair reminded me of something one might find in a cheaper SUV but I knew I wasn’t in a cheaper SUV.  My upper body was tilted forward with my chin resting in what appeared to be some kind of chin rest.  My forehead was leaning into a curved metal bar which amazingly enough fit my head contour rather well.  I could hear fine but I couldn’t see to well.  My peripheral vision was black & it was like I was looking down some kind of long dark tunnel with a kind of light at the end.  My vision was fuzzy but I was able to make out what looked like a line of black letters on a white background.  I was able to make out a capital B, a V, maybe an S & I think I saw a W.  Heard a click, the letters immediately became blurrier & I heard a woman’s nearby soft voice ask, “which is better 1 or 2”.  Heard myself answer in an equally soft voice, “2”.  What the big darn heck was going on here anyway!! 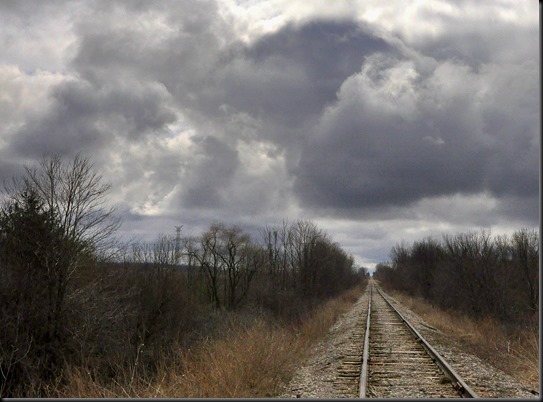 WE HAD OURSELVES A COLD CLOUDY MORNING 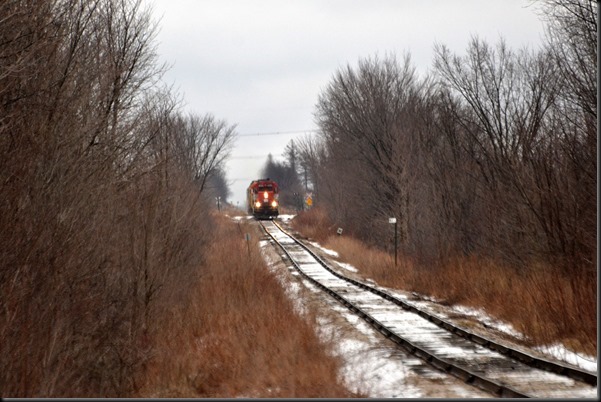 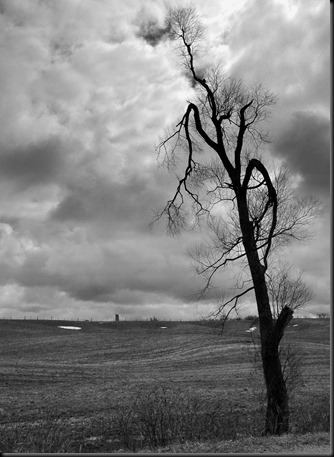 Well, I was at the Huron Optometric Center in Goderich of course having my eyes tested.  As usual I thought my eyes were in worse shape than they were & was assured my eyes were actually in pretty good shape.  No cataract problems & no signs of any bad news eye stuff.  They’re just simply out of focus & that’s why I have to wear glasses.  Well I guess I can’t argue with that & just have to accept the fact I’m not 18 anymore & eye glasses will remain an integral part of my face anchored there by my ears sitting atop my nose forever.  Damn!!!!

Had myself another A&W $4.99 breakfast coupon so before heading home this morning I piled into A&W to load myself up with some bacon & eggs, toast, home fries & coffee.  Again, it was a good breakfast & hit the spot.  In fact it held me all the way to suppertime.

HEY WHAT’S THAT LITTLE PATCH OF BLUE UP THERE,,,,,COULD IT BE COULD IT BE:))

Our heavy morning cloud cover gave way to clear blue sunny skies by early afternoon but with an icy cold wind sweeping in across the lake from the Northwest again nothing melted today & it was just too plum cold to go outside to do anything constructive.  Pheebs & I did make it out for a short afternoon walk but I had to bundle myself up real good.  There is a hopeful possibility we might make it over the 60F mark by Friday.  I’m not holding my breath……… 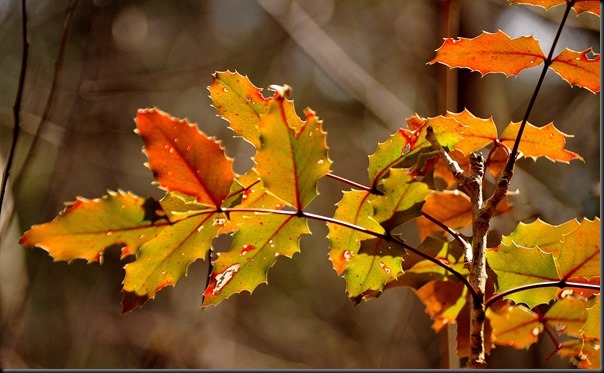 BY GOLLY WE DID INDEED HAVE US SOME SUNSHINE THIS AFTERNOON 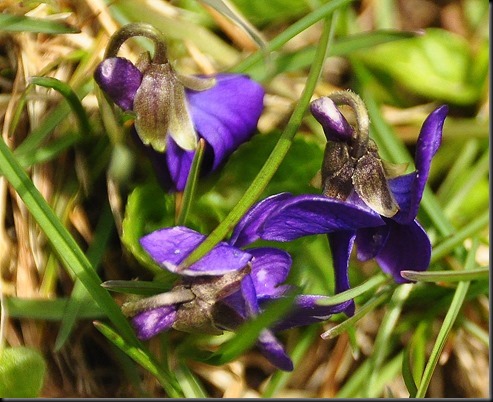 EVEN THESE VIOLETS WERE HAPPY TO SEE SUNSHINE TODAY 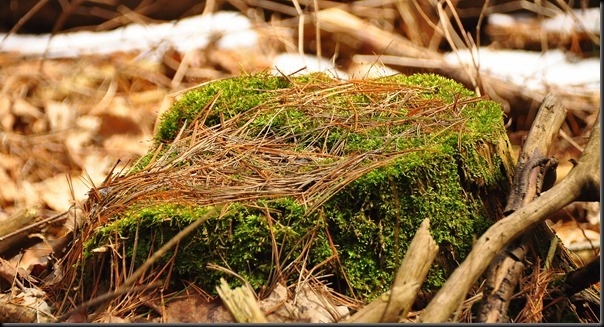 STILL A FEW PATCHES OF SNOW AROUND 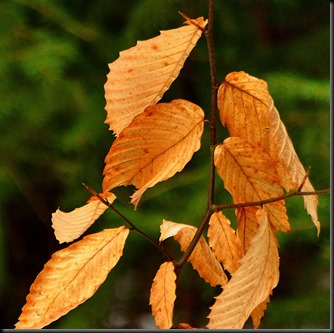 My fingers are crossed for a sunny morning.  Pheebs is suffering from a case of cabin fever & I’m not too far behind her.  Been about 3 days since we’ve last been out & about & we’re both in need of some back roads traveling time.  Last summer I enjoyed taking photos of old barns on our travels & awhile back someone mentioned about taking some old farm house photos so maybe I can make a little project out of that idea in the coming months.  ‘Have Camera Will Travel’:)) 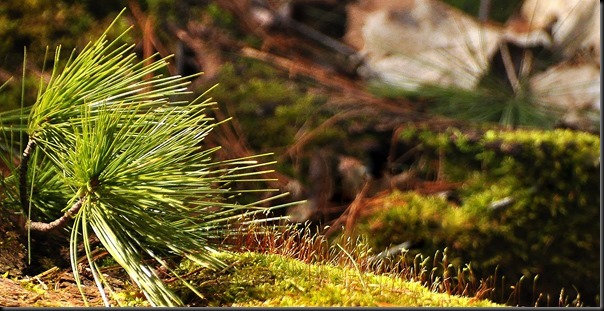 GROANER’S CORNER:(( Two cowboys come upon an Indian lying on his stomach with his ear to the ground.  One of the cowboys stops and says to the other, "You see that Indian?" "Yeah," says the other cowboy. "Look,"   says the first one, "he's listening to the ground.  He can hear things for miles in any direction."  Just then the Indian looks up.  "Covered wagon," he says, "about two miles away.  Have two horses, one brown, one white.  Man, woman, child, household effects in wagon."  "Incredible!" says the cowboy to his friend.  "This Indian knows how far away they are, how many horses, what color they are, who is in the wagon, and what is in the wagon.   Amazing!"  The Indian looks up and says, "Ran over me about half hour ago."

- Tomorrows are always a great opportunity to do something different from today....AL.