Wore out & broke my lawn rake a couple days ago so that was a good enough reason for Pheebs & I to head off up to Goderich & buy us a new one.  A man should never be without his leaf rake for any length of time you know. 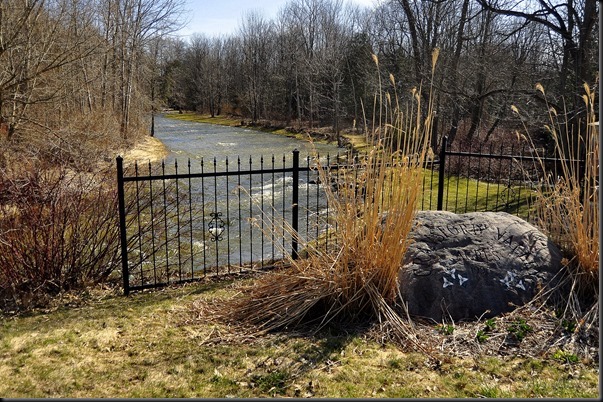 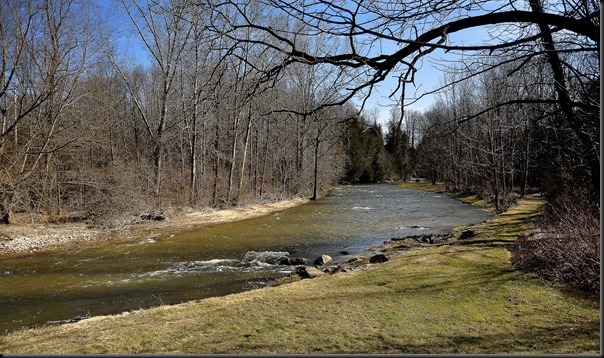 With a shiny new red rake aboard we rolled through Tim Hortons on our way north by northeast out of Goderich.  No particular destination again but I had it in mind to find us some old farm houses to photograph.  And find them we did.  Below are just a few of the houses we were able to rustle up. 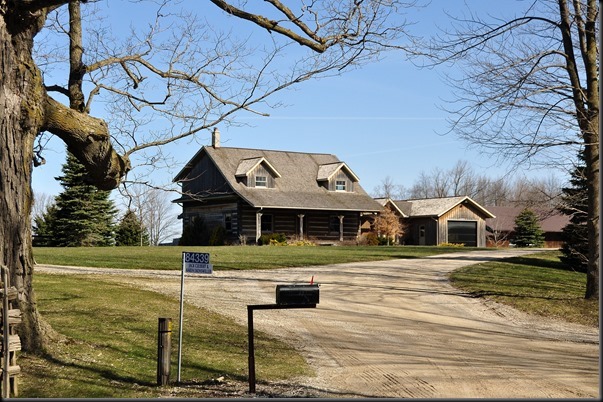 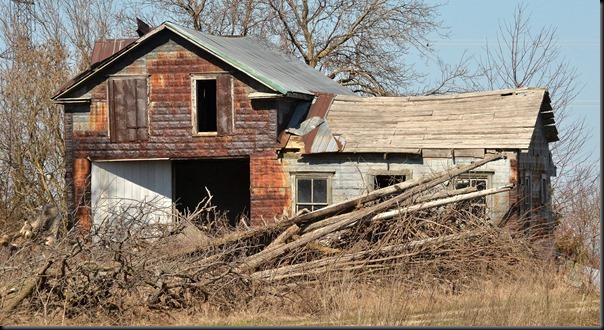 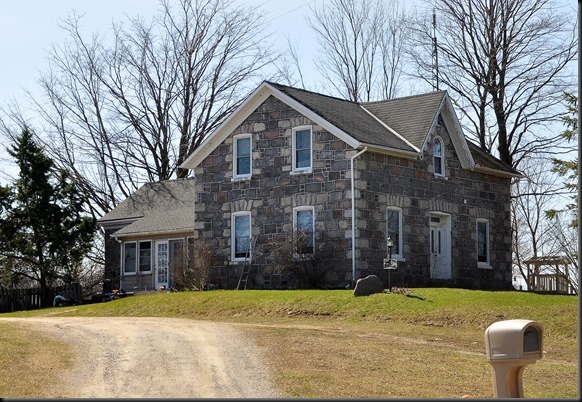 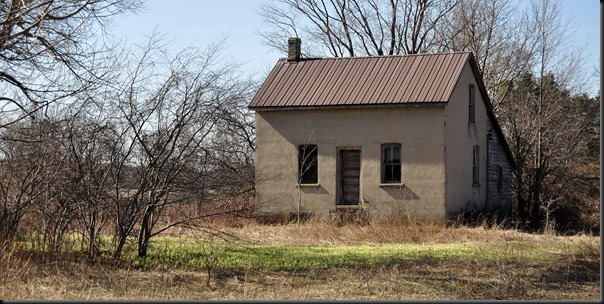 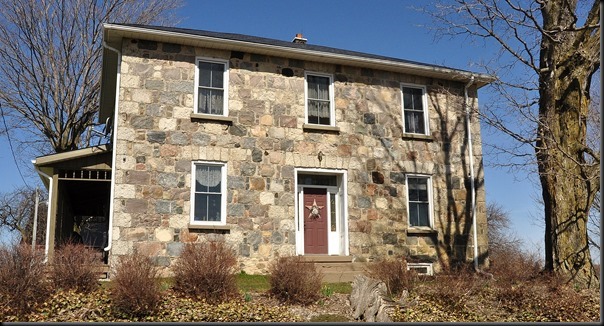 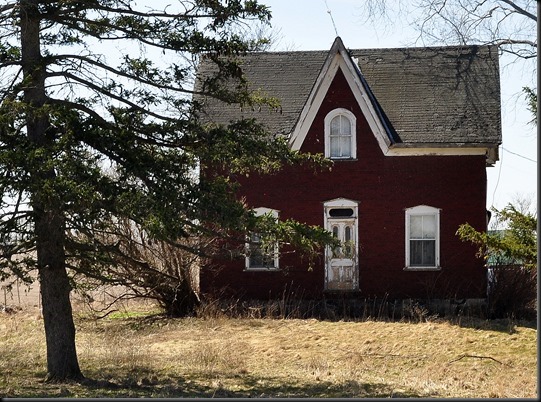 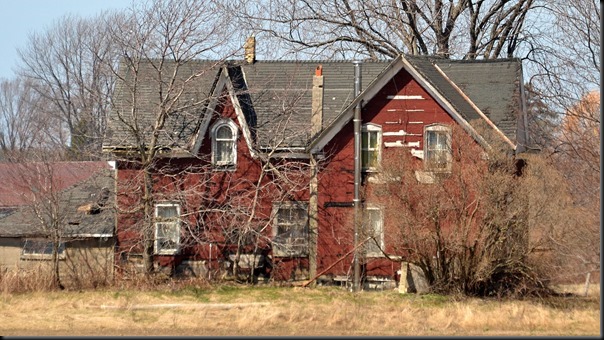 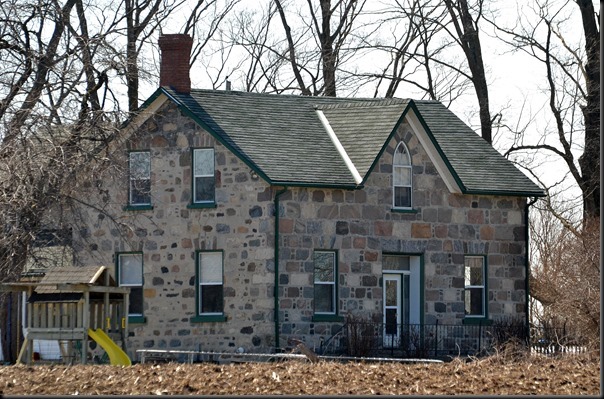 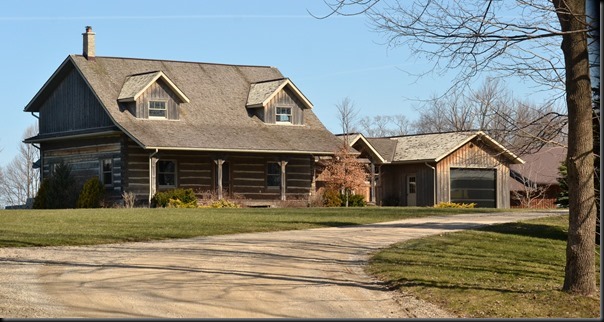 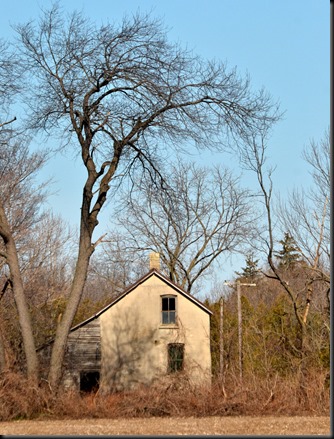 Our travels this morning took us on some roads I had never been on before so that meant I was seeing some old barns I had never seen before so decided maybe I had better start a new 2016 ‘old barns’ photo album to go along with my 2015 album.  So that’s what I’m going to do.  Farmhouses & more old barns should keep Pheebs & I busy for awhile again this summer.  Below are a sampling of what we saw today. 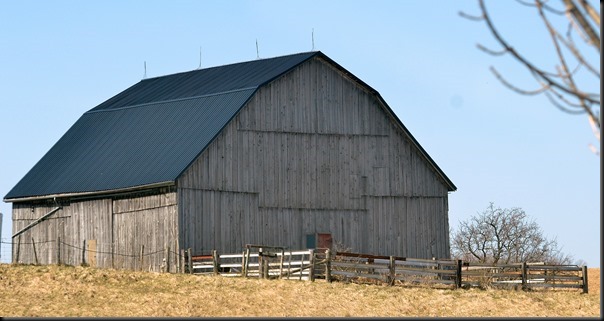 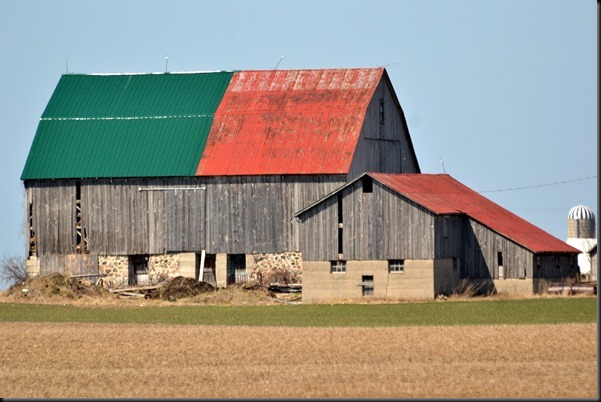 Been awhile since we had taken a cruise through Mennonite/Amish country so we angled our way over that-a-way to see what we could see.  I always so much enjoy looking at the lovely farms these people have & how well they are kept.

We were home before 1 o’clock so spent a little time on the yard.  Put the battery in the motorcycle & although I had ignition lights it wouldn’t kick over when I hit the starter.  And I no longer had any ignition lights.  The battery is back on the trickle charger & I’ll have another go at it tomorrow.  Batteries only about 3 years old. 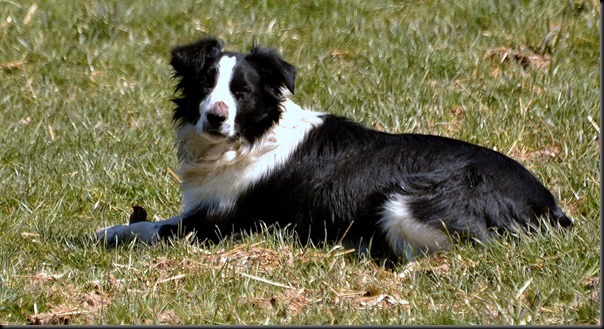 It seems are rural farm lands here along the shores of Lake Huron are being overrun with wind turbines & there’s more & more of them going up all the time.  I noticed today it was difficult taking some of the old barn & farmhouse photos without wind turbines in the background. 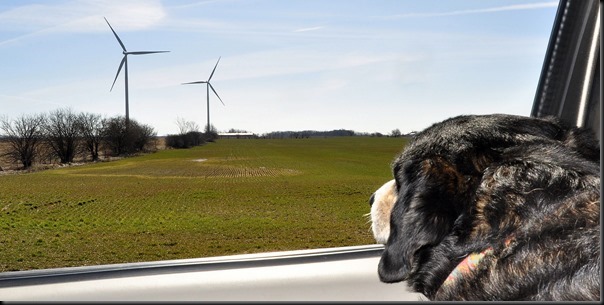 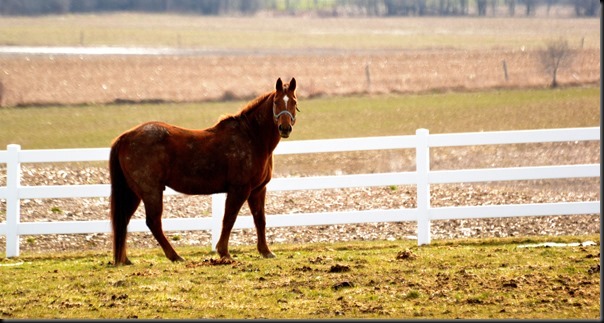 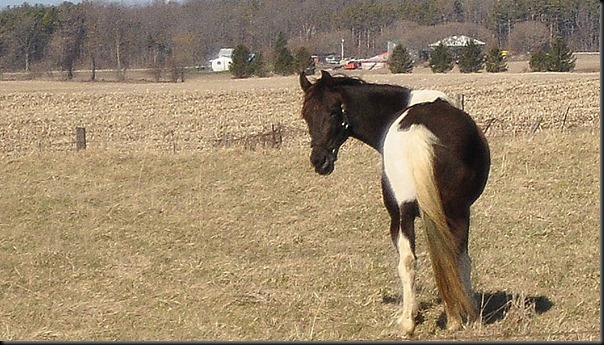 One of Pheebs favorite stops up in Amish country is Lake Wawanosh & soon as I slowed down to turn onto the road leading to the lake Pheebs recognized it right away & began flying around all over the place inside the Jeep.  It’s amazing how she remembers things even if it’s been 6 months or so since we were last there. 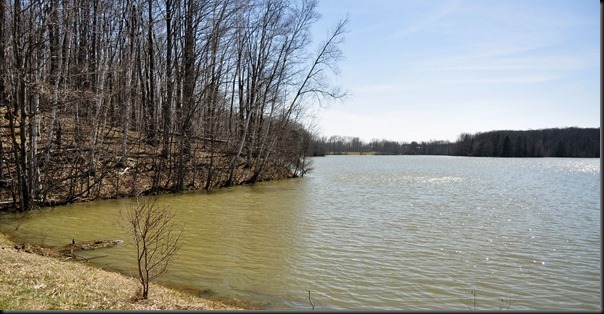 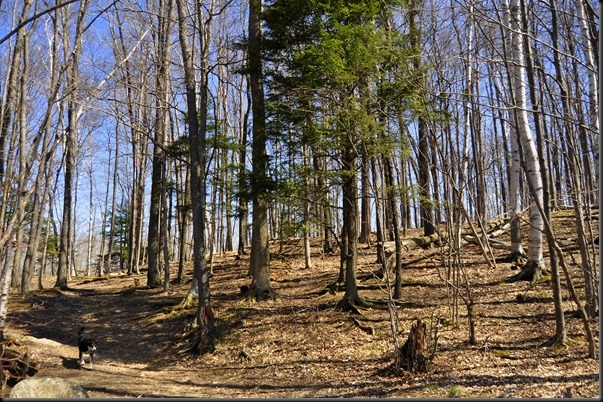 THERE’S A PHEEBERS IN THIS PHOTO 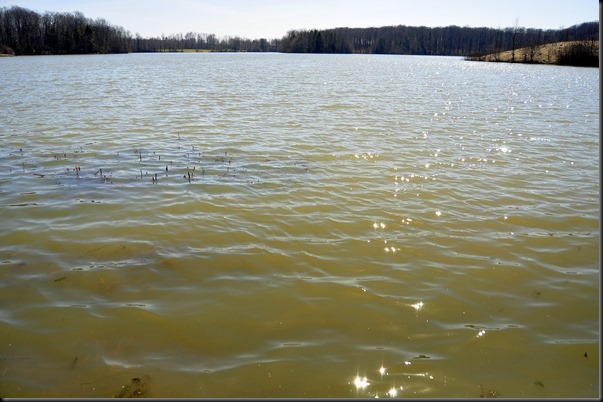 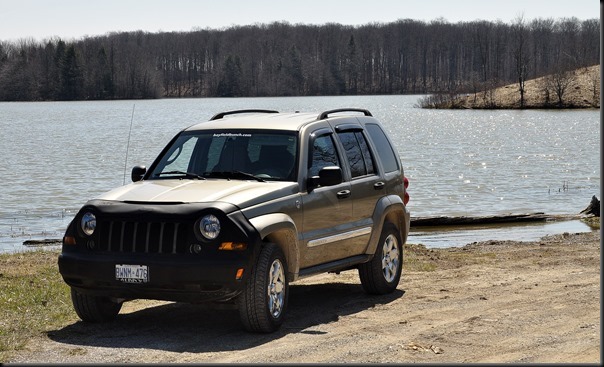 Thought I would include 1 photo from today that is a good example of how many of my photos often come out of my camera when on some of these back country road shoots.  As explained in a previous post I never ever look through my viewfinder or at the back display of my camera when taking photos from the drivers seat while moving.  If I see a potential photo coming up & without taking my eyes off the road I simply extend my right arm & shoot through the passenger window going by a subject.  Same thing through the windshield or out the drivers window.  I never know what I captured until I get home & bring the photo up in my photo editing program.  Most times somewhere within the image I have what I was looking for & then it’s a simple matter to crop, straighten, compose & tweak the final image.  I may have to lighten or darken the photo as well.  Should also mention that I have my camera pre-set to auto-focus on the center of the frame only.  I use an 18-55mm lens & leave it set at 18mm as a rule for many shots.  If I feel I want to zoom in on something I simply guess at that adjustment without looking through the lens.  I usually have the ISO set at 500 to avoid camera shake.  Below is an example of what I am talking about. 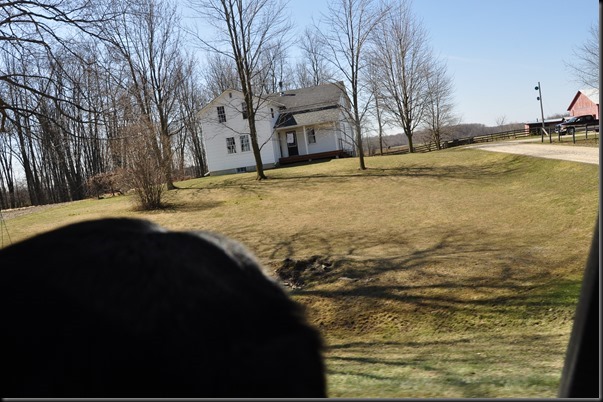 YOU CAN SEE I HAVE A TILTED HORIZON, A DOGGY’S HEAD & A WINDOW FRAME IN THIS PHOTO TO START WITH & BELOW IS THE SAME PHOTO AFTER I EDITED IT….WHEN I TOOK THIS PHOTO I WAS NOT LOOKING AT THE HOUSE I WAS LOOKING STRAIGHT AHEAD OUT THE WINDSHIELD

The above 2 photos are an example of why a photo editing program is essential.  We write our posts to the best of our ability so why not treat our photos with the same care.  Hundreds maybe thousands of people are reading or looking at our blogs so why not make the effort to learn ‘a few basics’ of photo editing & straighten those horizons etc.  You will be much happier with your finished product & so will your readers:)) 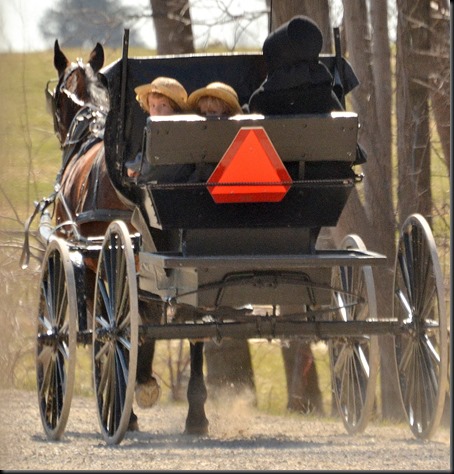 GROANER’S CORNER:((  Two brothers were incredibly mean---they lied, cheated, stole,   blackmailed, you name it, they did it.   Well,   anyway, they managed to acquire a lot of money.  Then, one of the brothers died.  The other brother came to the local priest and said, "You know how much you've been wanting to get a new bell tower on the church?  Well,   if, during my brother's funeral, you call him a Saint, I'll write you a check for the tower right here and now."  Well, the priest thought about it and agreed.  However, during the eulogy, the priest was completely honest about the deceased brother, highlighting each of his faults. (it was a very long speech) Of course, the deceased's brother was very angry, as the priest was not following through on their deal.  The priest had to fulfill his promise, and the eulogy ended with "but, compared to his brother, he was a Saint."