WE HAD A BIRTHDAY AT OUR HOUSE TODAY 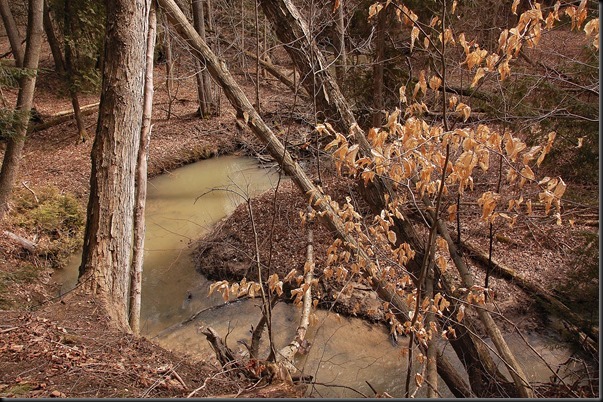 JUST A FEW PHOTOS TONIGHT FROM AN AFTERNOON WALK AROUND OUR PINE TREE TRAIL
At last count Kelly had 70 ‘Happy Birthday ‘ wishes on her Facebook page today.  She is one popular & well liked Gal alright.  And I even get to be her full time husband too:)))))))) 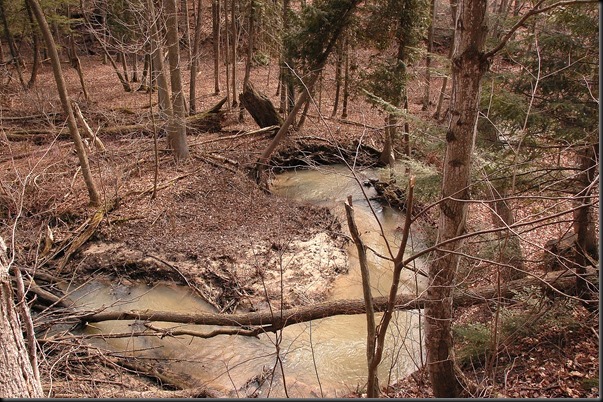 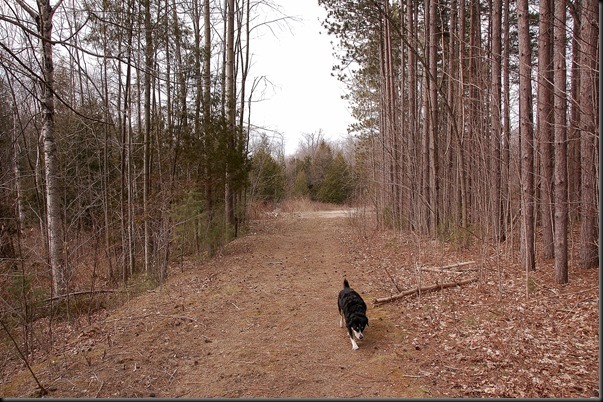 Despite temps around the freezing mark this morning’s sunshine hauled me right out of the house & stuck me right on the end of my leaf rake first thing.  Raked me up a dozen backyard piles of pine needles & hauled a couple more heaping utility trailer loads of needles to our recycling area.  Our place is finally starting to look a little neater. 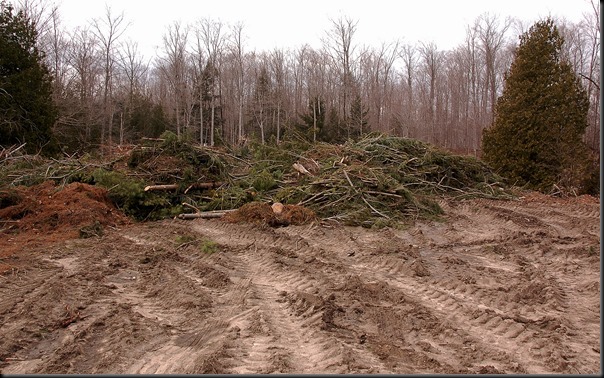 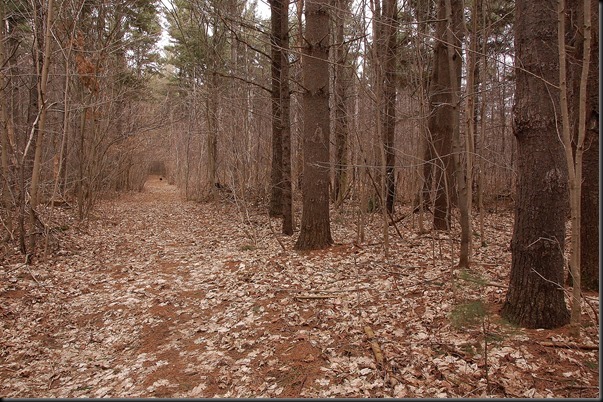 IF YOU SEE A BLACK DOT ON THE TRAIL UP AHEAD THAT IS THE PHEEBS:)) ---- KEEP IN MIND I’M USING A WIDE ANGLE LENS & SHE IS NOT AS FAR AHEAD AS SHE APPEARS
A mid afternoon walk around our pine tree trail through the woods netted Pheebs & I a bit of exercise & a few photos.  A cloud cover has moved in & weather folks have forecast rain for tonight & tomorrow.  Heavy in some areas they say. 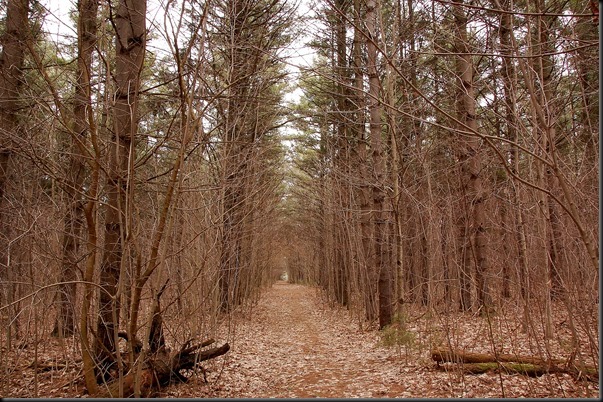 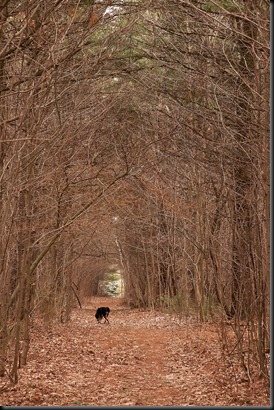 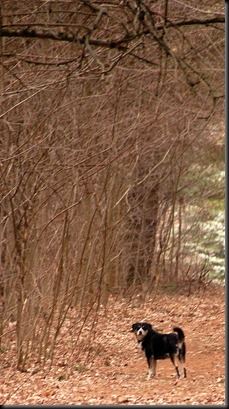 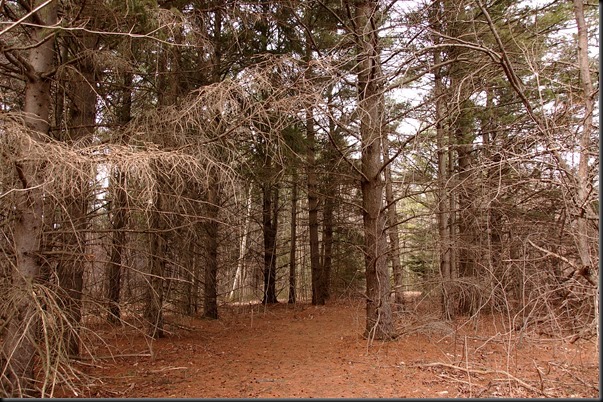 Other than all the above exciting stuff there really wasn’t much happening today leaving me with very little to write about so it’s basically a photo blog tonight. 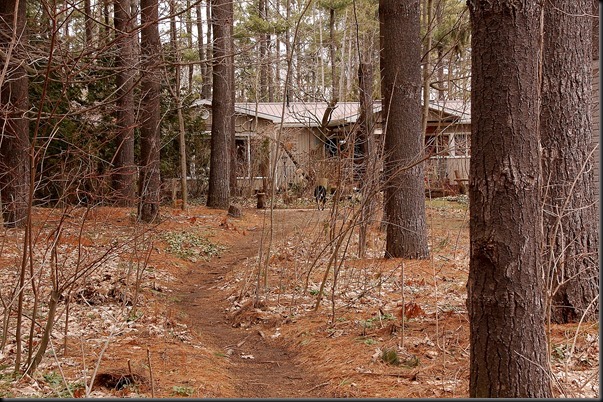 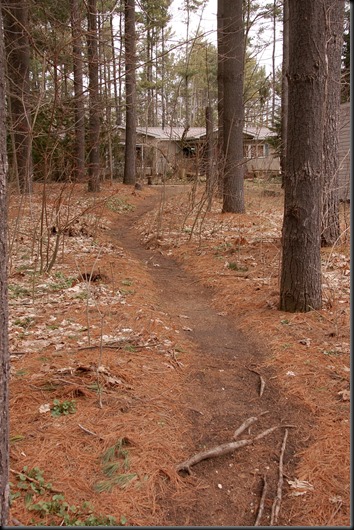 A few days ago I had some photos of Inukshuks along the beach in Goderich.  Below is a photo of all those Inukshuks being taken down & the stones & pieces of concrete taken away.  It seems an elderly lady posing for a photo last summer was somehow injured when she fell while walking among the stone structures.  The city of Goderich was subsequently sued for $68,000 & today those Inukshuks were all taken down & hauled away. 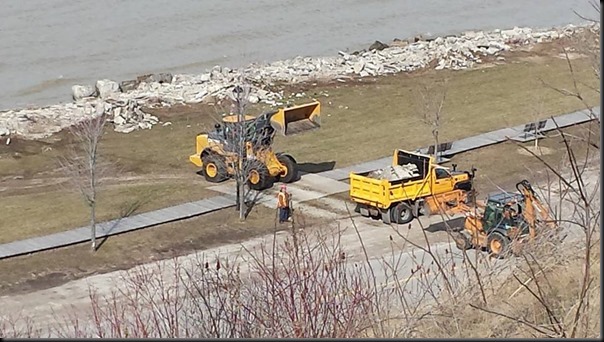 INUKSHUKS BEING GATHERED UP & HAULED AWAY TODAY
Well here we are almost at the end of March already & just think, six & a half months from now we’ll be on the road heading for the South-west again.  Now how’s that for a nice thing to look forward to eh:)) 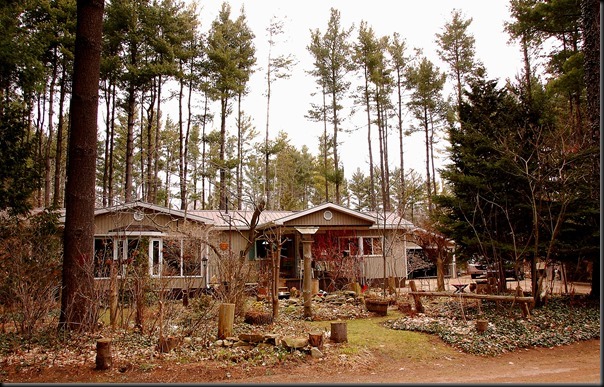 OUR BAYFIELD STICKS & BRICKS IN EARLY SPRING & THE VERY CENTER OF THAT SUNROOM SECTION ON THE LEFT IS WHERE I WRITE MY POSTS EVERY NIGHT
GROANER’S CORNER:((  A prisoner in jail receives a letter from his wife:  "Dear Husband, I have decided to plant some lettuce in the back garden & want to know when is the best time to plant it?"   The prisoner,  knowing that the prison guards read all mail, replied in a letter:  "Dear Wife, whatever you do, do not touch the back garden. That is where I hid all the money."  A few days later he received another letter from his wife:   "Dear Husband,   You wouldn't believe what happened, some men came with shovels to the house and dug up all the back garden".  The prisoner wrote another letter back:  "Dear wife, now is the best time to plant the lettuce."
Posted by Al Bossence at 3/30/2016