THIS POST IS COMING TO YOU FROM GALLUP NEW MEXICO 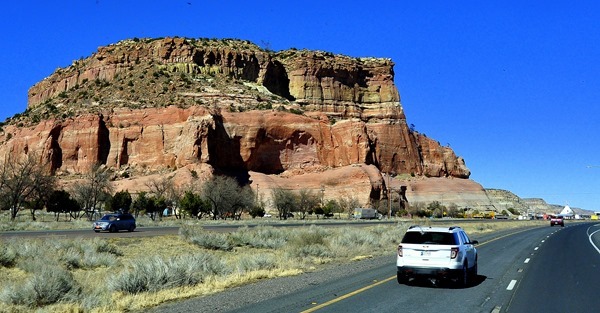 Although we hadn’t intended on leaving for home until next week we made a last minute decision late Thursday night to leave early Friday morning.  Kelly did not sleep well again the past couple nights & I could tell her energy was draining.  We had the Motorhome 90% loaded anyway so we made the joint decision to ‘pull the pin’ early & just go.  Sincere apologies to our Congress area friends that we did not get around to see & say good-bye.  I know I told several folks we’d be over to see them but we left it too long.  Our fault.

KELLY LEAVES BEHIND SOME ART DECO 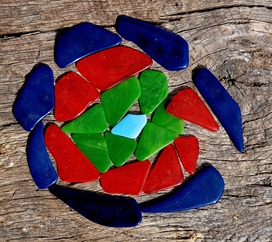 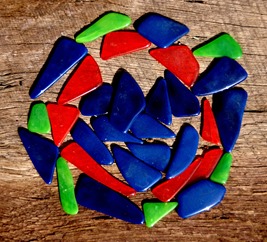 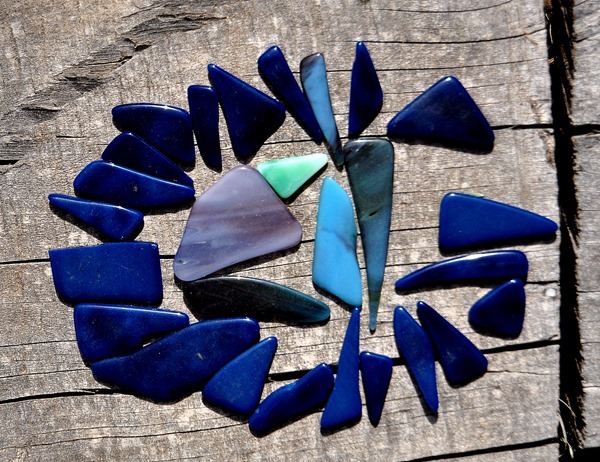 Figured the sooner we got on the road heading back home to Bayfield Ontario the better we & especially Kelly was going to feel.  I won’t go into the emotional drain this has been on us leaving this year but know that we both reached a point where we just needed to turn a page & turn that page quickly……………. 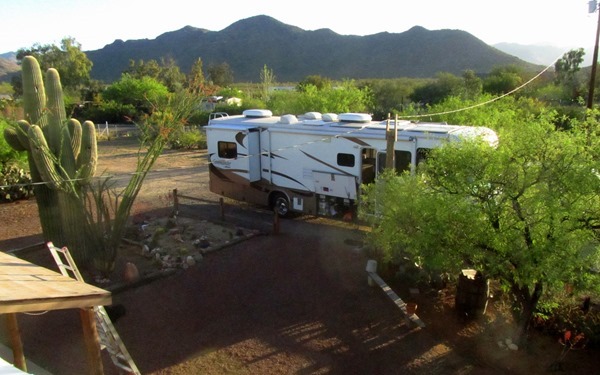 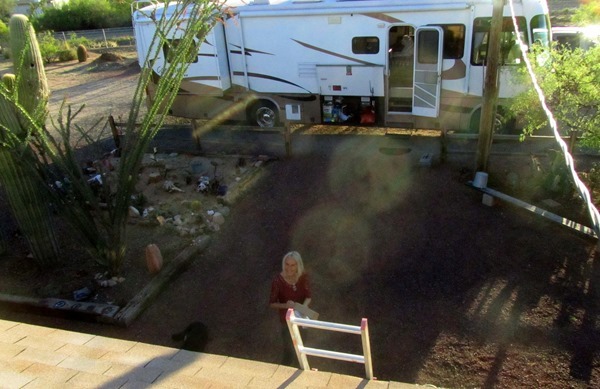 Kelly was awake at 3 & got up at 4 so our day started early as we finished packing the Motorhome & closing up the house.  In a later post I will tell you how I felt about leaving for possibly the last time but I knew the sooner we hit the road the better we would feel.  And that is exactly what happened. 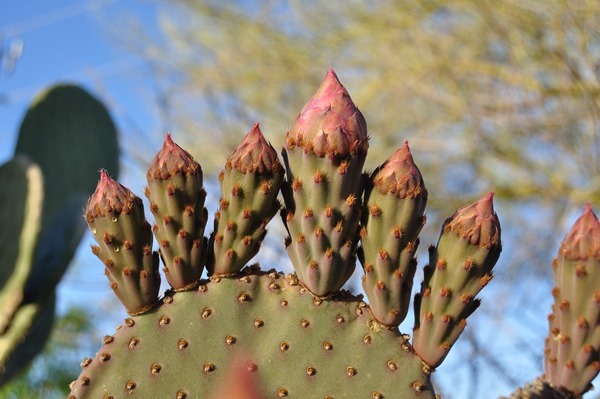 A FEW LAST MINUTE PICS BEFORE LEAVING THIS MORNING…..BEAVERTAIL CACTUS BUDS ABOUT TO BLOOM 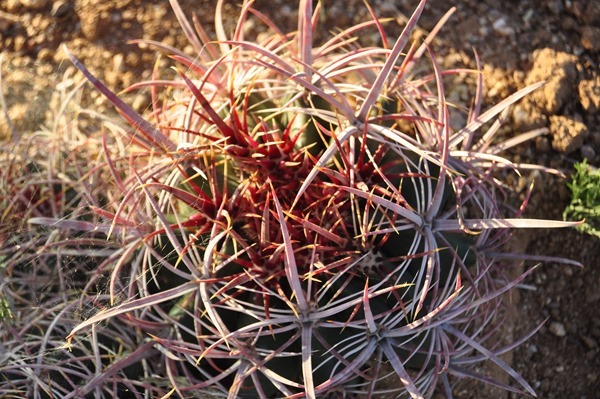 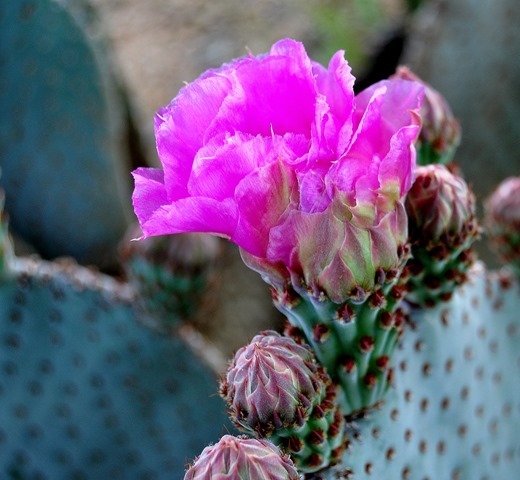 Rolled out our south gate at 8:10 a.m. with Pheebs & I leading the way in our Motorhome & Kelly following in the Jeep.  We had the rig loaded down pretty good & knew towing the Jeep up the Yarnell Hill & through a few climbs west of Prescott would not be a wise move.   The Big EEE seemed to sense my concern & stepped up to the challenge taking us up the Yarnell Hill with no problem.  A stop at the Cornerstone Bakery netted us some road donuts. 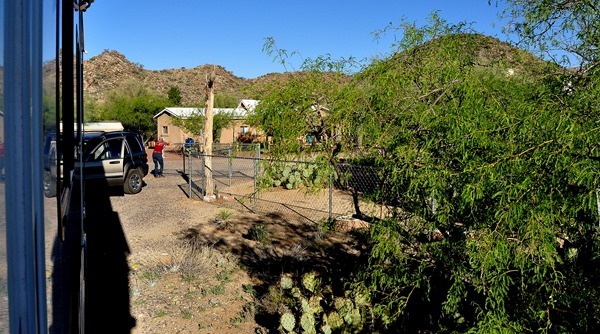 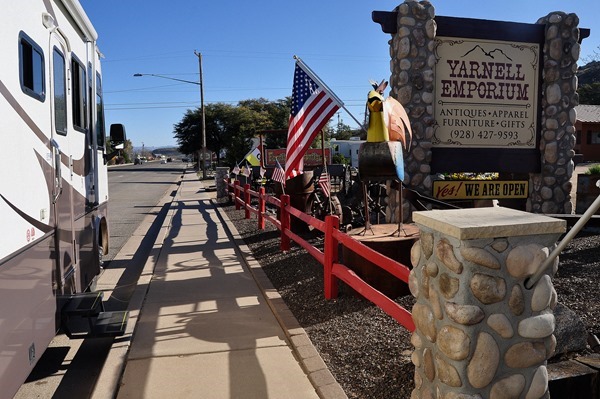 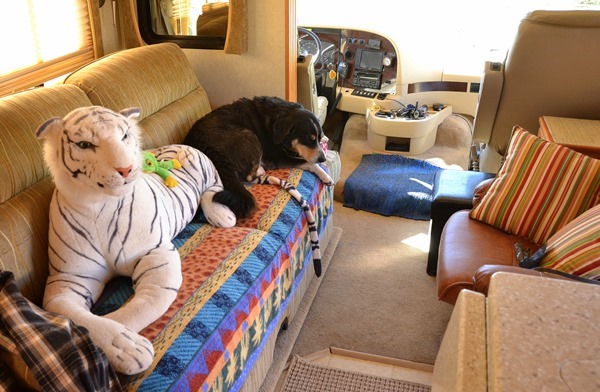 PHEEBS & SPENCER SHARING THE COUCH ON OUR WAY HOME

We scooted along Iron Springs Road up & over some short steep grades then tumbled down into Prescott with no problem then set course through the Chino Valley heading for I-40 & one of Arizona’s toughest & most infamous Interstate stretches west of Williams.  These long east bound grades are where we ran into trouble exactly one year ago about now.  With no Jeep to tow I kept my speed up & rolled right through those grades with not a snicker of trouble.  No red engine light & no loss of power.  In fact we were blowing the doors of some of the 18 wheelers struggling on the grades.  The Big EEE was back in race horse mode & ran fine for the rest of the day.  (hope I haven’t jinxed myself now)  Too soon to tell Chris but I’m thinking maybe your cleaning of our Mass Air Flow Filter a few weeks ago may have had something to do with our Motorhome running so well today:)) 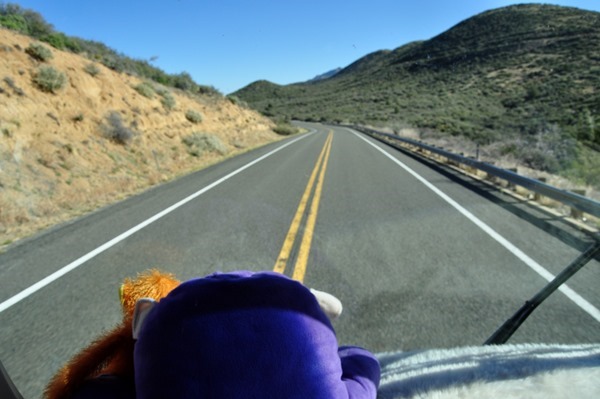 I figured if I left Congress with half a tank of fuel to cut down on weight I should be able to make it to Bellemont just west of Flagstaff & I did.  Kelly also left Congress in the Jeep with half a tank as well hoping it would be near empty when we hooked it up to the Motorhome.  She just made it cruising into the Bellemont Shell station behind me with a red ‘low fuel’ light on.  Filled up the rig, threw a few dollars in the Jeep, grabbed a burg at McDonalds, hitched up the Jeep & we were off & running.

Had us a nice tail wind all the way from Ash Fork Arizona to Gallup New Mexico.  Clear sunny day with cooling warm temps.  Glad to be out of that 80F+ stuff.  Having overnighted at Walmart before in Gallup we knew exactly where we were going & rolled into the parking lot shortly after 3 p.m. Arizona time or 4 p.m. New Mexico time.  Seeings how it was Friday afternoon Walmart was busy with it’s full share of Walmartians as we jostled our way up & down the aisles. 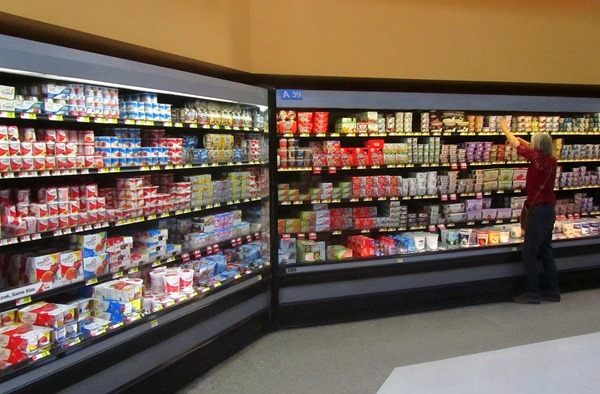 HEY THAT WALMARTIAN OVER THERE IN THE YOGURT SECTION LOOKS FAMILIAR 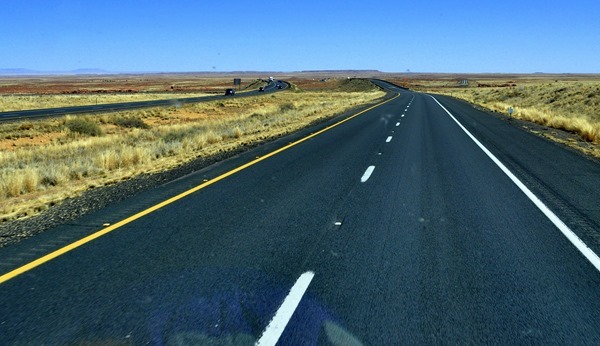 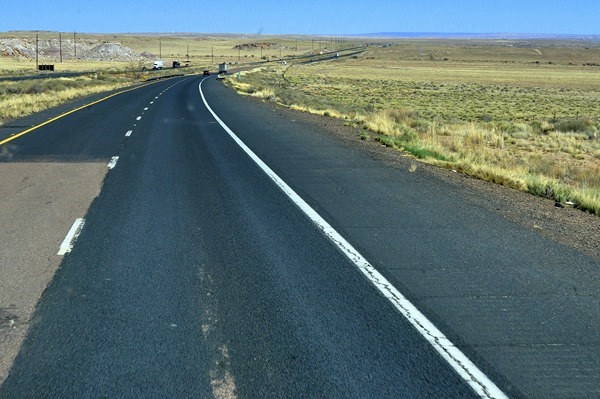 No idea where we’ll end up tomorrow but if we have another great tail wind we may just take advantage of that.  A few more mountains to climb east of Albuquerque & we’ll be home free.  May take I-40 around Oklahoma City or head north before that & cut up through Kansas.  We sometimes never really know where we’re going until after we have been there. 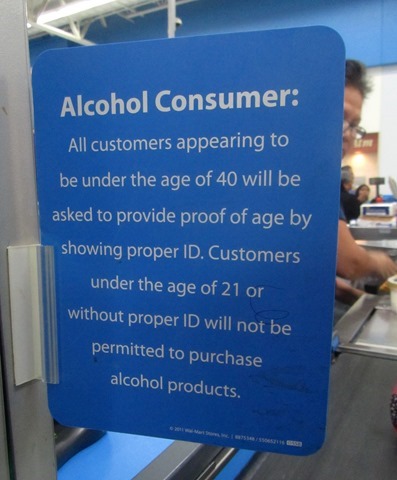 Typing this tonight in Gallup NM I can’t even begin to tell you how relieved & how much better we both are feeling now that we are on the road heading home.  The hardest part was leaving this morning but as soon as I pulled out onto Ghost Town Road & made my way out of Congress my sadness lifted & my mind focused on the journey ahead, mainly getting up the steep mountain grades trouble free.  After gassing up later in Bellemont & having breakfast in our rig Kelly asked me if was still thinking about the house.  My answer was, ‘what house’????  She felt exactly the same way……………………….:))

GROANER’S CORNER:((  A red head was recently hired at an office. Her first task was to go out for coffee. Eager to do well her first day on the job, she grabbed a large thermos and hurried to a nearby coffee shop.  She held up the thermos and the coffee shop worker quickly came over to take her order. She asked, "Is this big enough to hold six cups of coffee?"  The coffee shop worker looked at the thermos, hesitated a few seconds, then finally replied, "Yeah. It looks like about six cups to me."  "Oh good!" the red head sighed in relief. "Then give me two regular, two black, and two decaf."