‘GRAND SLAMMED’ MYSELF IN WICKENBURG ARIZONA THIS MORNING Hopped into the Motorhome bright & early this morning, drove down to Wickenburg & got me ‘Grand Slammed real good.  Last time I can remember ‘Grand Slamming’ myself was in Douglas Arizona about 6 years ago & the time before that was Page Arizona about 9 years ago.  Of course the first time I can remember ever getting ‘Grand Slammed’ was on Bee Ridge Road in Sarasota Florida back in the late 90’s when my Aunt Jean took me out for breakfast one morning & we both got ‘Grand Slammed’.  Well I’m talking about DENNYS of course & no I didn’t just drive all the way to Wickenburg in the rig for breakfast.

Wickenburg Tire is a first come first serve type of tire/garage place & I wanted to be there early to have them check the Big EEE’s tires & tire pressures plus a couple other small things.  I was there at 7:30 & the fella said it might be about half an hour.  With that I took off walking southwest on Tegner Street a short distance to Dennys across the road.  Of course that is where I got ‘Grand Slammed’ with one of their breakfast specials being called a ‘Grand Slam’.  Noticed on their menu they also have something called ‘The Grand Slamwich’ so maybe next time I’ll give that one a whirl.  Breakfast was good.  Back to Wickenburg Tire I walked & the rig was done & all set to go so without further adieu…….I went.  Second time I’ve been to this tire/garage place & I like it. 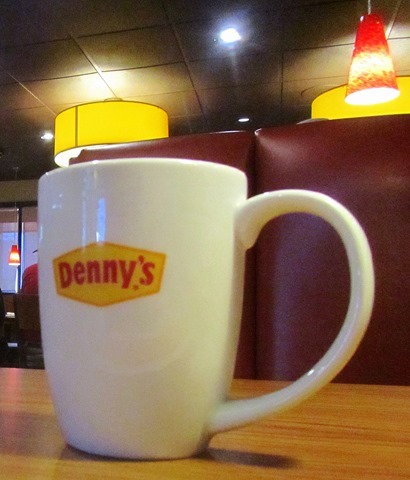 Both the Big EEE & Libby were in need of a good scrubbing so I scratched up some energy & took care of those 2 tasks.  Nice to see them both all shiny & sparkly again.  If Pheebs & I make it out for a few more Jeep rides we will have to stay on pavement & off the dusty desert roads.  Don’t think I have enough energy in reserve for another big vehicle clean-up.

Kelly’s feeling physically better for the moment & is anxious to get back to Bayfield for some R&R.  We’ve both been on an emotional roller-coaster with all this ‘house sale’ stuff here at the Bunch these past few weeks & days.  Our departure time draws near & it’s difficult not knowing whether we will be back to Congress next Fall or not & that all depends on whether the 2 separate parties interested in our house at the moment sell their houses between now & next November.  Everything has been such an unknown for us with the highs being high & the lows being low. 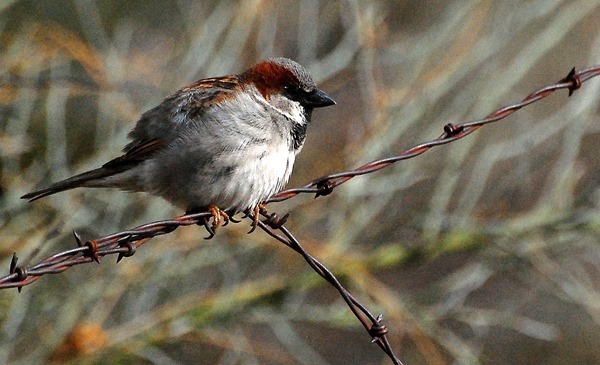 Had it not been for Kelly there would be no post tonight.  My trouble free Toshiba Satellite laptop would not boot up this morning.  Just a blank screen.  Kelly, using her computer immediately went searching for some answers & solutions on the internet.  Half an hour later she had worked her magic & I was good to go for the day.  Just in case you do not see a post from me tomorrow night or the next few nights be aware it could be a problem with my computer.  It’s about 6 years old now & I have noticed a few little glitches occurring this past liittle while.

GAMBLES QUAIL IN ONE OF OUR MESQUITE TREES 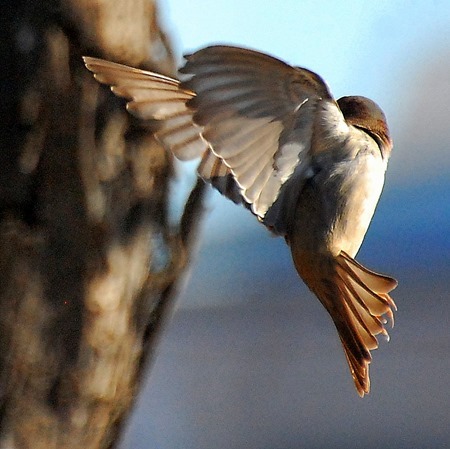 Despite being anxious to get on the road & put some miles between us & all this ‘house sale’ stuff I am at the same time sad at the thought of leaving our beloved little house & property here in Congress.  Happens to me every time & especially more so this year.  I know we’ll both begin to feel better once we get the big wheels rolling.  Just need to get some new scenery & fresh air blowing through our minds……………

GROANER’S CORNER:(( Farmer Jones got out of his car and while heading for his friend's door, noticed a pig with a wooden leg. His curiosity roused, he ask, "Fred, how'd that pig get him a wooden leg?"  "Well Michael, that's a mighty special pig! A while back a wild boar attacked me while I was walking in the woods. That pig there came a runnin', went after that boar and chased him away. Saved my life!"  "And the boar tore up his leg?" "No he was fine after that. But a bit later we had that fire. Started in the shed up against the barn. Well, that ole pig started squealin' like he was stuck, woke us up, and 'fore we got out here, the darn thing had herded the other animals out of the barn and saved 'em all!"  "So that's when he hurt his leg, huh, Fred?" "No, Michael. He was a might winded, though. When my tractor hit a rock and rolled down the hill into the pond I was knocked clean out. When I came to, that pig had dove into the pond and dragged me out 'fore I drownded. Sure did save my life."  "And that was when he hurt his leg?" "Oh no, he was fine. Cleaned him up, too."  "OK, Fred. So just tell me. How did he get the wooden leg?"  "Well", the farmer tells him, "A pig like that, you don't want to eat all at once."