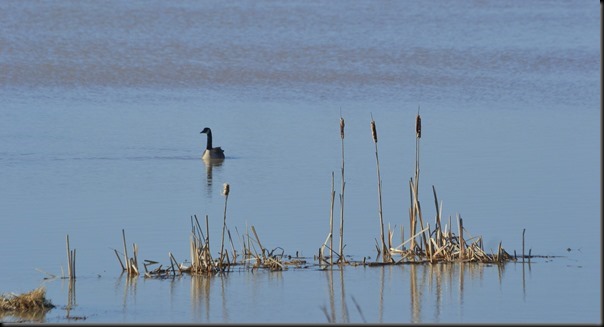 After a full day spent in the house due to cold rainy weather Monday, Tuesday mornings sunshine beckoned Pheebs & I out into the early frigid air & into our pre-warmed Jeep.  With the driver wearing a brown pair of big bug eyed sunglasses we headed east into the stabbing rays of a rising late March Sun.  I don't have to tell you where our first stop was, I'm sure readers already know. 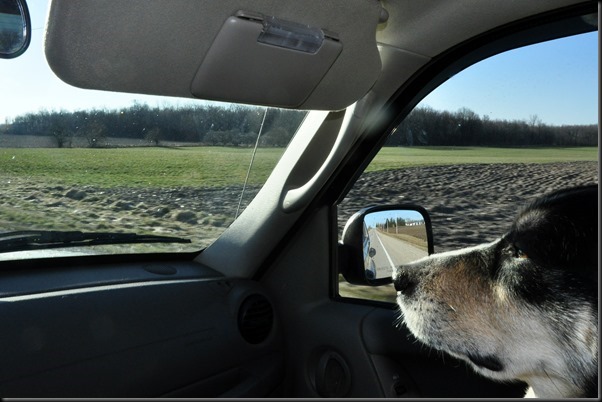 HAD TO GET THE SUN VISOR DOWN FOR PHEEBS THIS MORNING 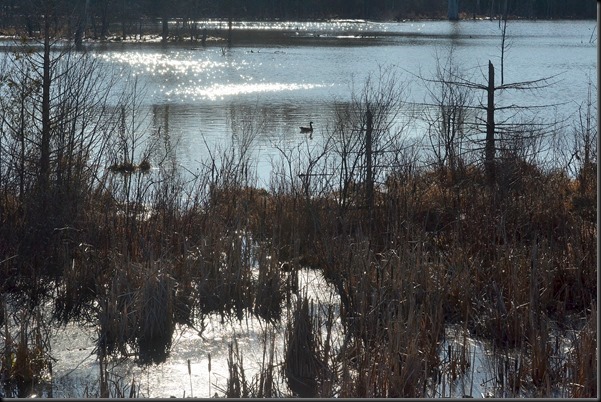 IT’S ALWAYS NICE OUT AROUND THE HULLETT MARSH 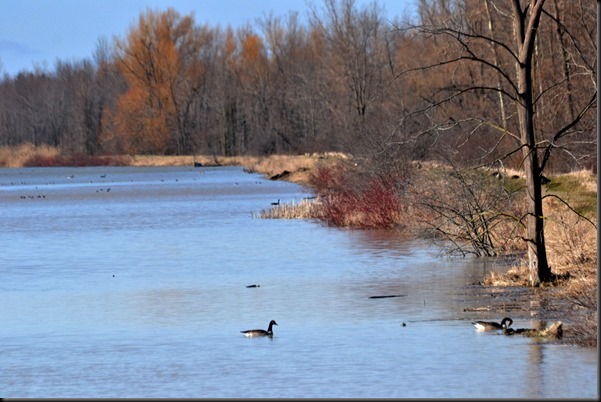 With carrot muffin & coffee in hand we headed out around Huron Counties Hullett Marsh on one of our old favorite Jeep drive routes.  Still frost coming out of some country roads so graders have not been out yet to smooth over winter's bumpity pot holes.  No problem though we weren't in any hurry to be anywhere. 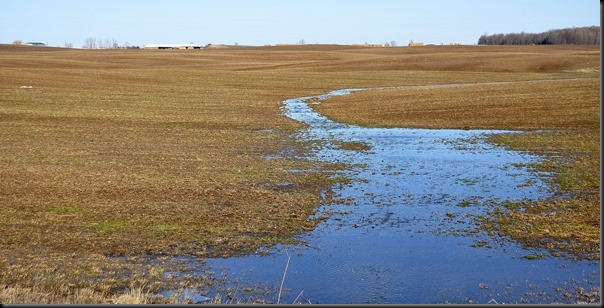 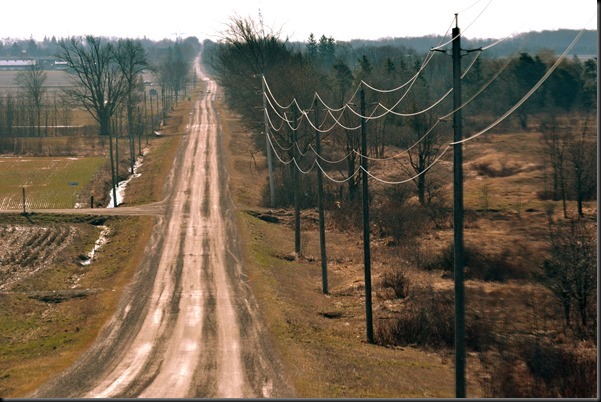 ALL LAND TO THE RIGHT BELONGS TO THE HULLETT MARSH 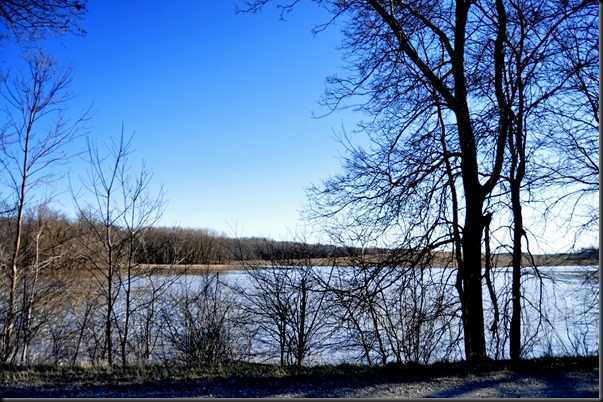 Seen a distant flock of deer & a few herds of birds circling over Hullett's large ponds with Canada Geese taking up most of the air space.  A lot of bird sounds in the surrounding forests & many of those sounds were unidentifiable to me.  With temps barely above freezing & strong westerly winds it was just too cold to spend much time outside the Jeep but we did get in one short leg stretch in the lee of a leafless forest line.  Quick couple of stops at Goderich's Walmart & Canadian Tire stores & we were back home by 11.

LOTS OF DUCKIES OUT & ABOUT IN FARMERS FLOODED FIELDS 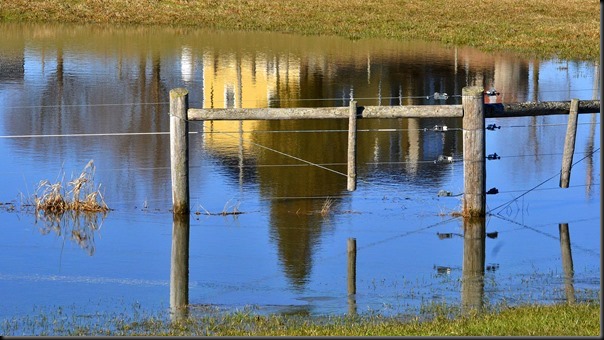 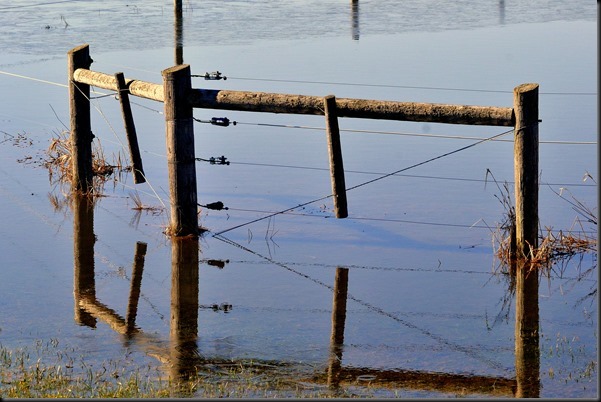 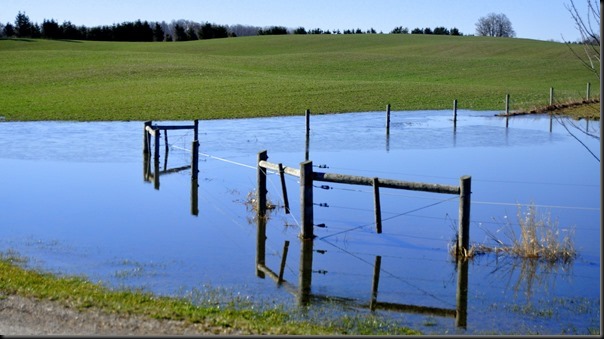 With leaf rake in hand this afternoon I began our back yard clean-up & plugged away at that for an hour or so.  All that fresh air sure tires a fella out sometimes but at least it’s a good tired. 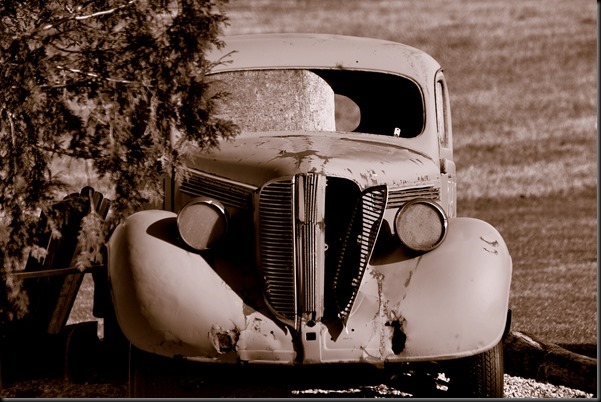 Noticed IVAN has been making some footprints in the sand down there in that Mojave Desert place near Kelso California.  I’m thinking he’ll soon be making fast tracks for the Canadian border.

PHEEBS HAS HER NOSE INTO THE WIND 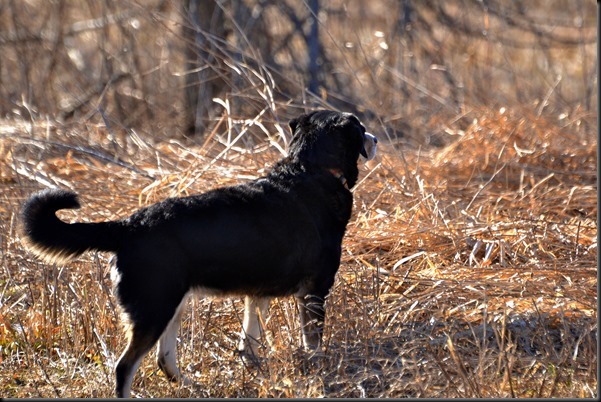 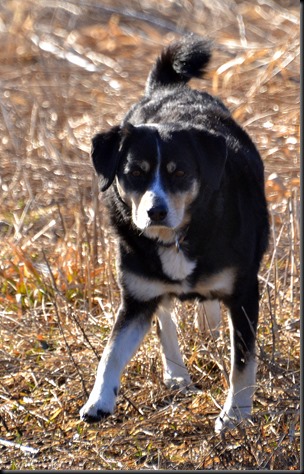 It’s funny some times how one’s own mind can be just as fast if not faster than a computer.  In a mere fraction of a fraction of a second it can sometimes race through decades of murky memories to instantly retrieve a face, a sound, a happening, or a thought.  Driving along I sometimes glance at names on rural mailboxes & this morning driving by a box I noticed on it the name ‘Flynn’.  In less time than a lightning flash I had a picture in my head of a young fellow in a denim blue shirt with his name sewn in red thread on the back of it.  His name was Flynn alright but his first name has long ago escaped me.  It was the Fall of 1965 & I was officially in the Royal Canadian Navy stationed in Nova Scotia at H.M.C.S. Cornwallis better known as…'Boot Camp’!!   Can’t remember how many guys we had in our Fraser 65 division but I’m guessing there were about 60 or 70 of us.  Also at Cornwallis were probably 3 or 4 other  full divisions at the same time.  Flynn was one of our guys in Fraser 65.  I never new him well or hung out with him I just remember seeing him around.  Some days he might be marching in front of or beside me on the parade ground or maybe next table over at the mess hall.  Probably saw him in the Gym a few times during some of our grueling bouts of physical training or maybe on some of our Thursday cross country runs.  I don’t remember Flynn ever standing out or doing anything to make me remember him but when I saw the name on the mailbox this morning I right away saw Flynn again in my minds eye.  Just a profile view from the right side.  Funny how the mind works sometimes isn’t it………………..:)) 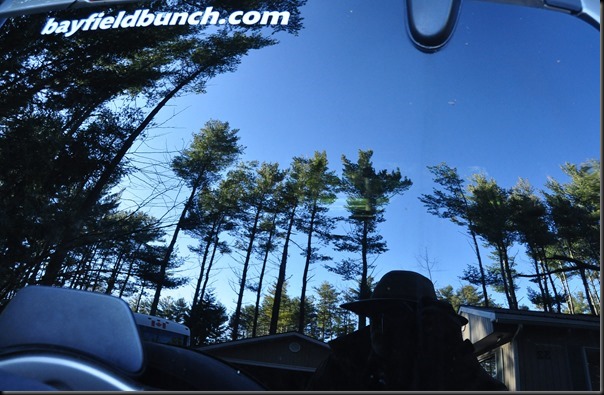