A FEELING BETTER DAY AS WE GET THE BALL ROLLING AGAIN 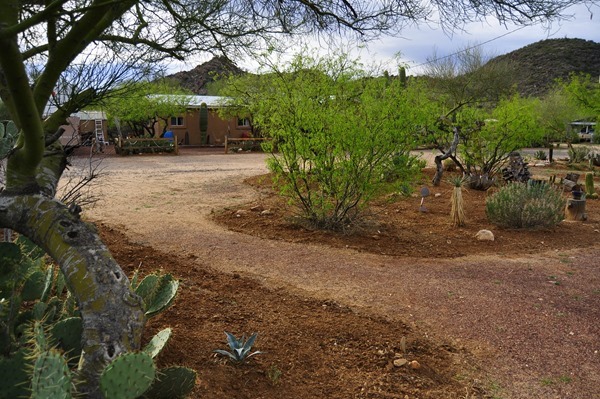 Maybe not feeling quite as confident about things as a few days ago but we did manage to get ourselves back on an even keel today & start the ball rolling again.  Keeping busy today helped so I scruffled up a number of flower beds while Kelly occupied herself with some house cleaning.  Don’t want to get readers hopes up regarding our house sale again but I can say we are in talks with another possible buyer & just leave it at that for now.  And a note of thanks to everyone for your thoughts, feelings, & concerns regarding Fridays house sale ker-fuffle.  Much appreciated by we here at The Bayfield Bunch:)) 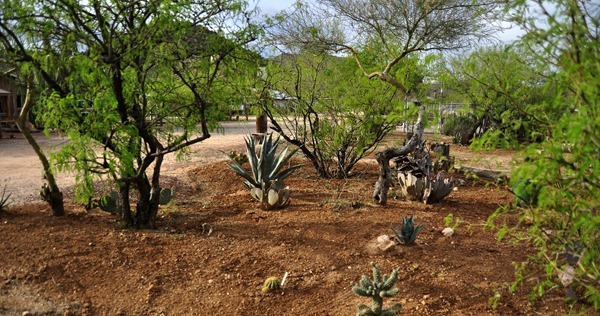 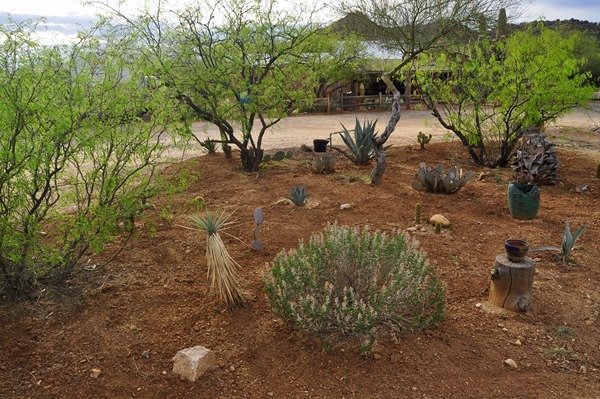 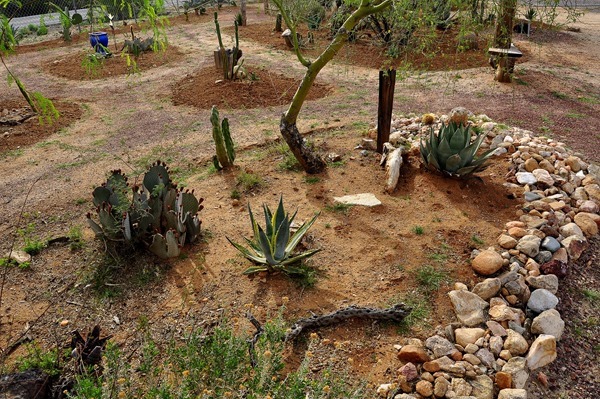 We have accepted the reality our house may not sell by the time we are ready to head home in a few weeks & we are both Okay with that.  Our backs are not against the wall in any way & if need be we will look forward just as we have done the past 4 years to returning in the Fall to our cozy little home here in Congress Arizona. 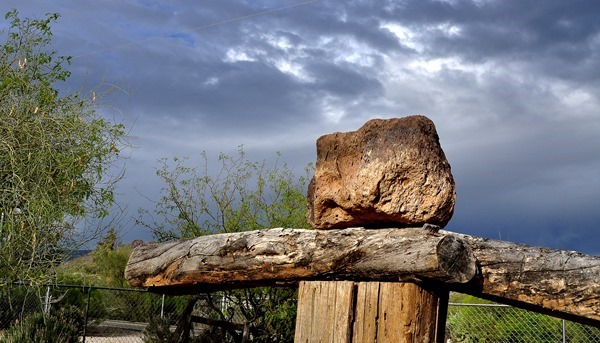 WE HAVE A WEATHER FRONT ROLLING THROUGHT & MAY BE IN FOR SOME WIND, RAIN, & COOLER TEMPERATURES OVER THE NEXT COUPLE DAYS 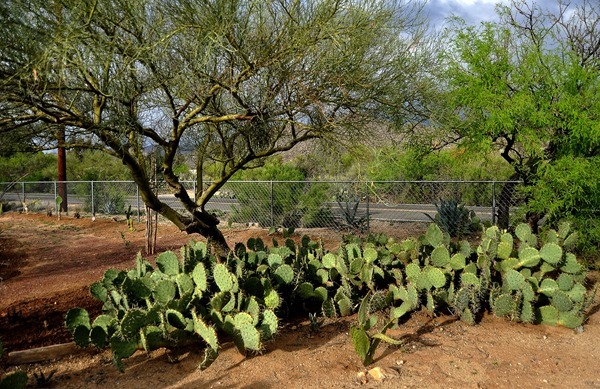 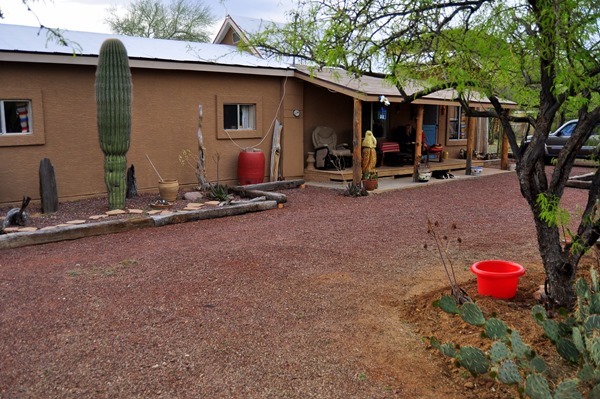 HARD TO SEE BUT KELLY IS SITTING ON THE PORCH READING 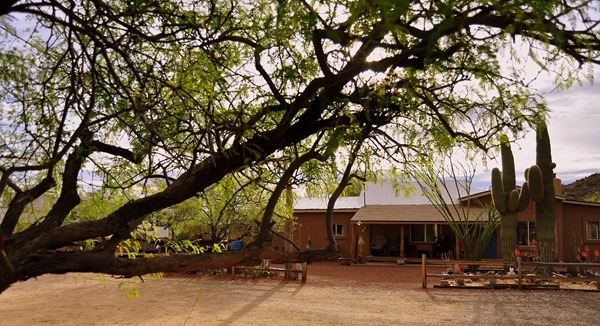 Later Friday morning after our disappointing 8 a.m. phone call Pheebs & I took ourselves for a drive through the Wickenburg hills.  In times of upset & stress my way of dealing with things is to go off by myself for a quiet drive in the countryside.  I have always found Mother Nature’s peace & serenity to be the greatest healer of many woes & difficulties.  Doesn’t do well for me to be around people when I have things to deal with & problems to think through.  I suppose that is why over my working years it was always the jobs where I worked by myself that I always enjoyed most & was able to be at my very best.  Took me a lot of years to finally come to that realization & conclusion.  A good example of the old saying, ‘we get too soon old & too late smart’ & out of all those old sayings from way back when I think that one hits the nail squarer on the head than any others simply because of its glaring hard fact truth. 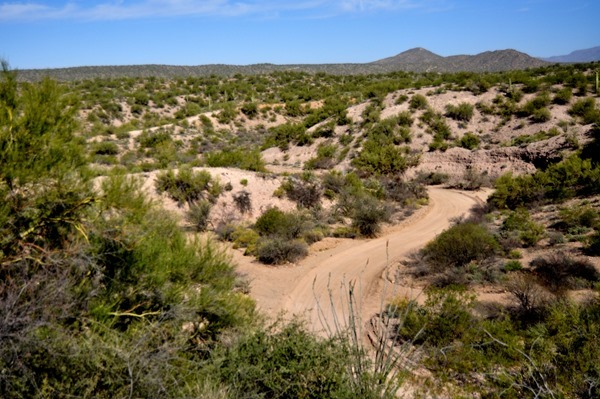 After bending several spoons nearly in half I bought myself an ice cream scoop a couple days ago.  For a bunch of years now I’ve been eating Yogurt for dessert each night after supper but over the past few months I’ve been tiring of it.  Somebody somewhere awhile back suggested trying frozen yogurt so I did & liked it.  Kind of half way between ice cream & yogurt I guess.  Problem though was with the ‘frozen’ part & that’s where I bent the spoons trying to dig out the ‘really frozen’ yogurt.  Kelly suggested setting it out 20 minutes before eating it & let it soften up a bit.  What!!  Where do people get that kind of patience anyway!!  When I get any kind of dessert in my hands I’m not wasting any time eating it.  And I’m not going to turn my back on it & walk away coming back 20 minutes later.  No Sireeeeee not me!! 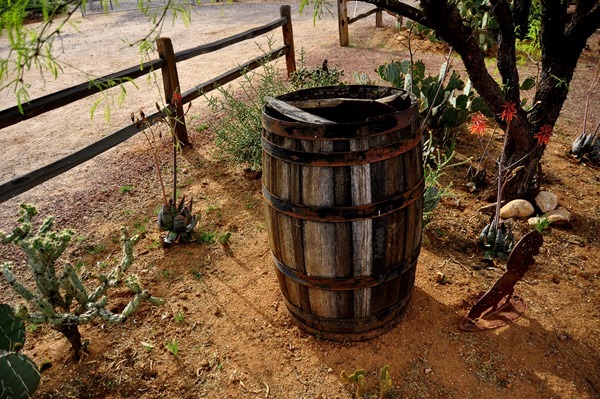 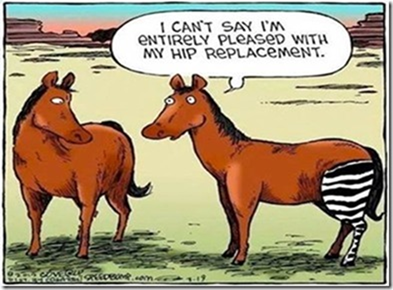