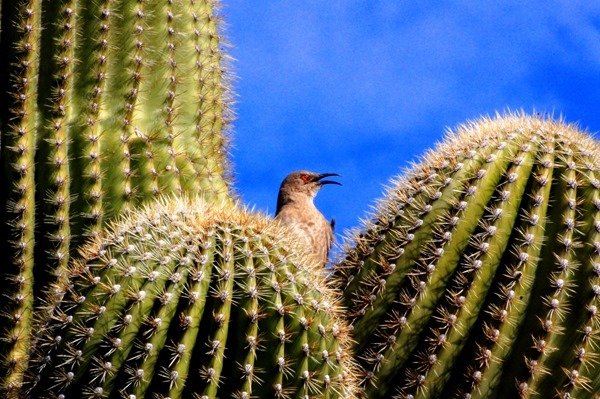 CURVE BILL THRASHER IN  OUR FRONT YARD SAGUARO
I like Mondays.  I don’t know why I like Mondays except to say I’m always happy to survive another long Sunday.  As I’ve said a few times before I don’t really know what it is about Sunday’s I don’t like but it is definitely my least favorite day of the week.  I suppose if I was still in the work force with the daily grind going from 9 to 5 Monday to Friday I might totally treasure Sundays as a welcome break from the weekly drudgery.  But such is not the case & yesterday (Sunday) was no exception.   So what really does make Monday better than Sunday?  Well not much I guess except for the fact Mondays happily put a quick end to Sundays:)) 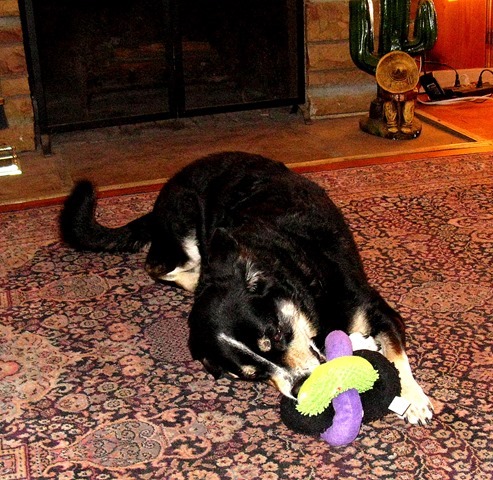 PHEEBS & HER TOYS
Before 9 this morning Kelly was out the door & on her way to Wickenburg’s Pioneer Title Company carrying 14 pages of house sale papers.  We are anxious now to get things wrapped up & move on to whatever lies ahead of us. Ivan had cruised into our area Sunday night & camped down at the end of Ghost Town Road so I sent him an email & he dropped in this morning about 9 for a chin wag.  We first met Ivan when we were ranch sitting near McNeal Arizona about 7 years ago & I always enjoy sitting down & catching up with him.  Thought it was nice of him to go out of his way to drop around & see us.  Little did I know while we were sitting on our back patio chatting something not so swell was going on in the house. 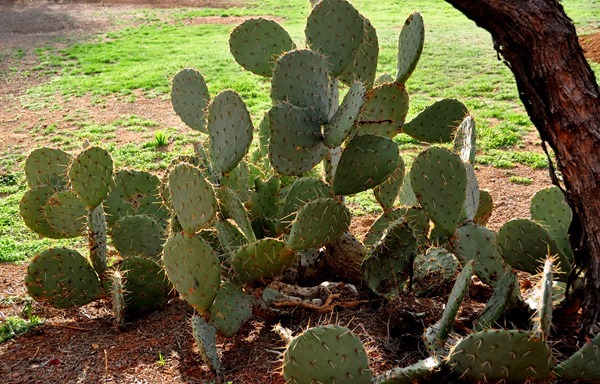 I had put a load of laundry into the wash machine & assumed all was well.  After Ivan left I came in & found water on the kitchen floor.  The washing machine had malfunctioned failing to shut the water off between cycles.  For the hour or so I was outside talking to Ivan water continued to overflow the washing machine running across the kitchen floor & out the back door.  I quickly turned the water tap off & using the spin cycle on the washer I was able to empty the washer’s water.  After cleaning up the floor I tried the washer again but it just would not work properly.  Do you suppose it is the washers way of showing it’s displeasure we sold our house. 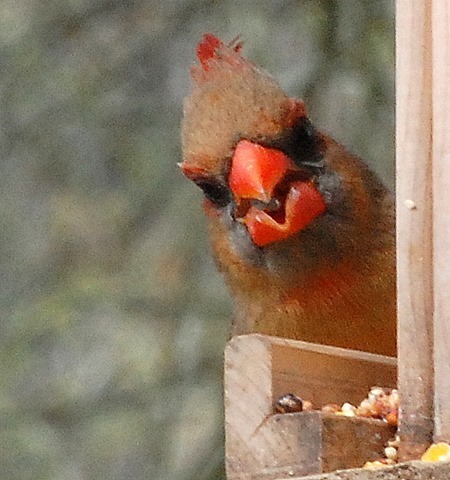 The tone of our conversation around this morning’s coffee was much different from previous conversations this past week or two.  Gone were all the worries & conditions of selling our house.  No more doubt, no more speculation, no more Plan B’s or C’s.  Gone were the ‘what ifs’ & ‘what abouts’.  Questioning ourselves was over.  By the time we went to bed Sunday night it was if a huge log jam had been blown up & our river of life was flowing free again. 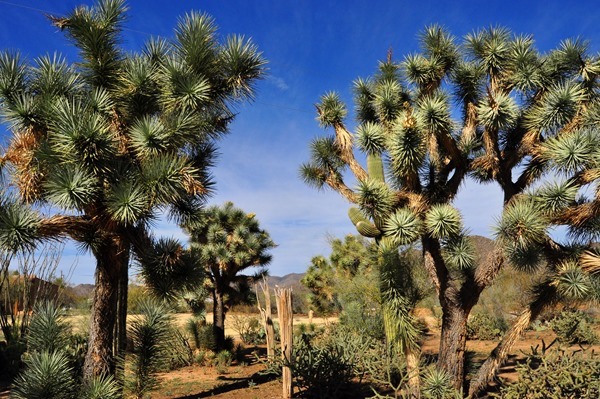 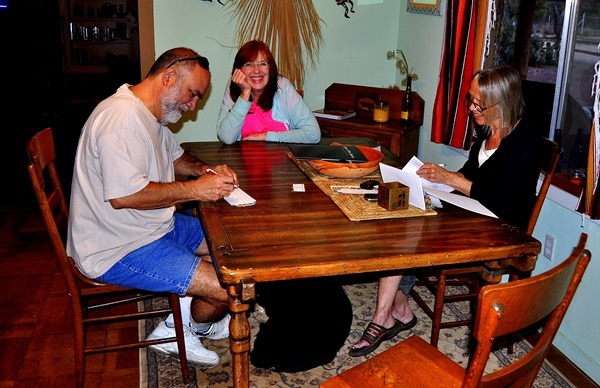 KELLY CHECKS OVER THE SIGNED HOUSE PAPERS, DAVE WRITES A DEPOSIT CHEQUE & BARB HAPPILY LOOKS ON….AND OF COURSE THAT’S PEEBS UNDER THE TABLE:))
Kelly, with a few groceries was home shortly after noon saying everything had gone well at the Title Company & all papers were correctly signed.  We’ll now wait for a notification via email that we can proceed to the next step which will be monies being transferred to our bank account & the new owners being issued with their title deed.  The closing date is flexible but as soon as we determine that & close we will have the big wheels rolling.  Don’t know when we’ll get back through this area once we leave, maybe next winter maybe in a couple winters.  Meanwhile we have people to drop around & see before leaving & we will begin doing that later this week.  Just a couple people at a time works best for us:))

SUNRISE AT OUR HOUSE THIS MORNING
GROANER’S CORNER:(( A newlywed farmer and his wife were visited by her mother, who immediately demanded an inspection of the place. The farmer had genuinely tried to be friendly to his new mother-in-law, hoping that it could be a friendly, non- antagonistic relationship. All to no avail though, as she kept nagging them at every opportunity, demanding changes, offering unwanted advice, and generally making life unbearable for the farmer and his new bride.
While they were walking through the barn, during the forced inspection, the farmer's mule suddenly reared up and kicked the mother-in-law in the head, killing her instantly. It was a shock to all no matter their feelings toward her demanding ways...  At the funeral service a few days later, the farmer stood near the casket and greeted folks as they walked by. The pastor noticed that whenever a woman would whisper something to the farmer, he would nod his head yes and say something. Whenever a man walked by and whispered to the farmer, however, he would shake his head no, and mumble a reply.  Very curious as to this bizarre behavior, the pastor later asked the farmer what that was all about. The farmer replied, "The women would say, 'What a terrible tragedy and I would nod my head and say 'Yes, it was.' The men would ask, 'Can I borrow that mule?' and I would shake my head and say, 'Can't, the mules all booked up for a year.'"
Posted by Al Bossence at 2/29/2016