NEITHER KELLY OR I ARE RODEO ENTHUSIASTS 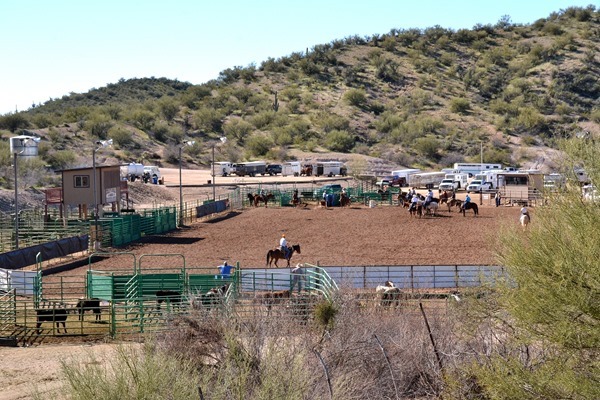 Thanks to readers for their input regarding an alternative photo editing program to Picasa.  If push comes to shove regarding Picasa’s future I am leaning towards Adobe’s Lightroom.  I see they have a ‘free trial’ version so I will keep that in mind.   For right now I will continue to use Picasa & keep my fingers crossed.

Had us some running around to do in Wickenburg this morning so all three of us were off again in the Jeep.  First stop was the Pioneer Title Company where we had to pick up some forms having to do with our house should we sell it ourselves.  Next was the DMV (Department of Motor Vehicles) to renew my Arizona citizen card which had expired in 2013.  From there it was a short hop to McDonalds for coffee & a couple Egg McMuffins for which we had a ‘buy one & get one free’ coupon.  Drove a short distance out to the rodeo grounds on Constellation Road & ate our breakfast.  Last stop for the morning was Wickenburg’s TSC store for a few things.  We were back in Congress about 11:30. 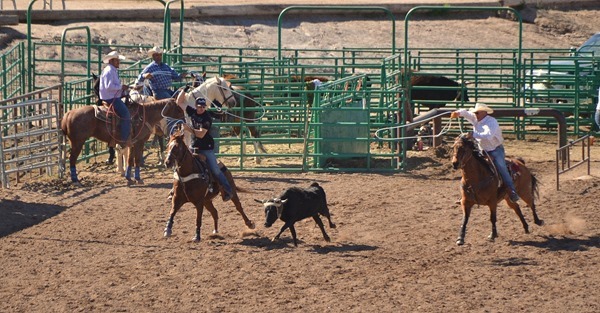 Neither Kelly or I are rodeo supporters for obvious reasons but we did watch some cattle roping for a few minutes this morning that appeared to be more humane than some of the cattle roping I’ve seen on TV.  The Cowboys weren’t roping & jerking the young calves to an abrupt halt then jumping off their horses grabbing the animal by it’s horns & throwing it to the ground quickly tying all it’s legs together.  The Cowboys this morning rode up alongside the young animal tossing a rope loosely around it’s neck & didn’t jerk it tight.  Both horse & rider came to a slow stop & the rope was removed.  The calf or steer or whatever you call those little fellers seemed to know the routine then calmly trotted off towards a corner of the corral to a pen where they seemed to know they were expected.  Both Kelly & I were at least glad to see they were not being wrestled to the ground & their legs all tied up. 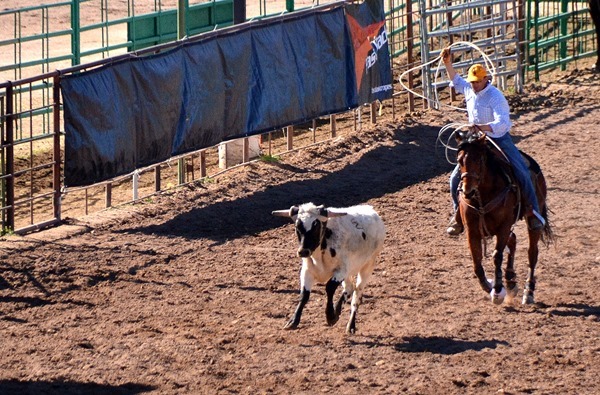 With a nice breeze blowing up from the south I think it was one of the nicest mornings we’ve had so far this year.  I’m guessing temps may have rolled up over the 80F mark today. 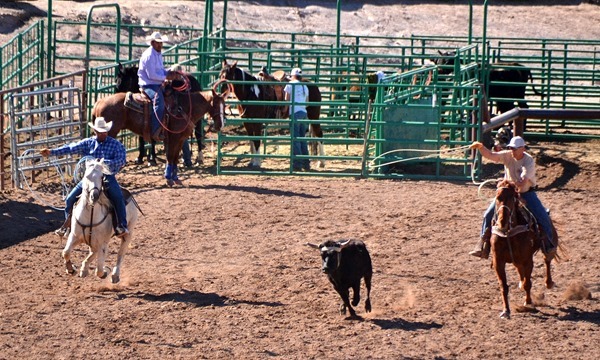 GROANER’S CORNER:((   Suzie was all alone. It was two months since her dear Herbie had passed, and she just couldn’t seem to move on. “Listen here Suzie”, said her good friend Barbara, “maybe you should go see a psychic? One of my friends did it after her husband died and it made her feel so much better knowing that her dearest was happy.” So that’s how, on the next Tuesday, Suzie found herself in a dim room with a crystal ball and a psychic talking in a calm voice. “Is he here?” Suzie asked. “Yes, I sense him,” was her reply. “Can you ask him if he’s happy?” Suzie hesitantly asked. “He’s putting his hand to his mouth like he wants to smoke” said the psychic.  “Oh, of course” said Suzie, “he needs a cigar. Herbie can never last more then a few hours without a cigar. I guess they don’t have cigars up there. Did he say where he is or how I could get one to him?” Questioned Suzie urgently. “Hmm”, said the psychic. “I can’t seem to get that question across to him. But then again,” said the psychic after a brief pause, “he didn’t say anything about needing a lighter!”