HAD OURSELVES A NICE SUNSET TONIGHT

A heavy cloud cover again blocked out all the stars as I stepped out of the house with Pheebs about 6 a.m. this morning.  All our finger & paw crossing had not been enough to dispel the thick clouds overnight.  And despite predictions of clearing skies this afternoon it didn’t happen.  Cold & gray & that’s about all I’d better say about that. I took a break from shaving late last summer & now hear I sit with a face full of hair again.  Seems I can’t figure out who I want to look like, Baby Ookums or Old Man Moses.  Can’t just look like myself because I haven’t figured out who self is yet.  Oh the trials & tribulations of growing up eh.  Update::: After writing the above few lines I sat here for awhile staring off into space then arose & walked calmly over to my dresser drawer, pulled out & dusted off my electric shaver & stepped up to the bathroom sink.  Ever seen the movie ‘Edward Scissorhands’?  Well there I was minutes later going at my face with my electric shaver in high gear.  Buzz-buzz here buzz-buzz there.  Here a buzz there a buzz everywhere a buzz buzz.  Five minutes later I was somewhere between Ookums & Moses.  Fair enough I thought to myself I’ll just leave me right where I am for now:)) 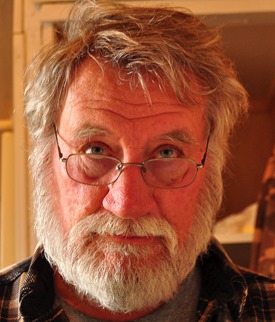 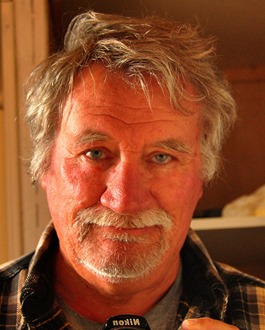 In another week we will be half way through our winter stay here in the South-west & there are still some friends we have not got around to see so we had better get moving on that.  A Real Estate friend dropped around today & we had ourselves an interesting & informative talk.  He had some good suggestions for us if we should decide on selling our house again at some time.

TONIGHT’S SUNSET PHOTOS WERE TAKEN FROM OUR BACK YARD

Well a few tell tale signs of some late afternoon clearing again but I’ve been fooled by this the last 2 days in a row so I’m not gonna get my hopes up for a sunny Saturday morning.  But boy oh boy if it is sunny there will just be one big swirling trail of desert dust behind Pheebs & I as we rocket ourselves out through the front gate & head us on down Ghost Town Road lickity-split:)) 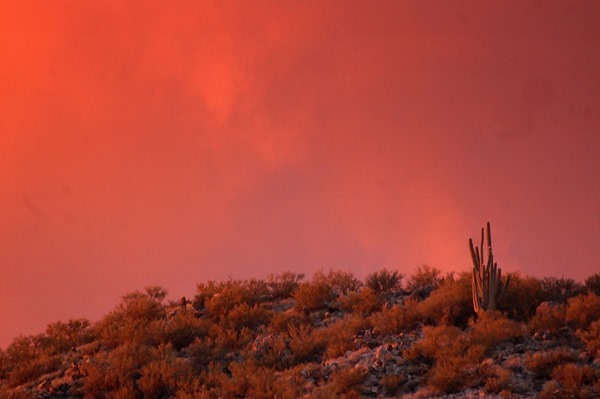 GROANER’S CORNER:(( Three mice are sitting at the bar talking & bragging about their bravery and toughness. The first says, "I'm so tough, once I ate a whole bagful of mouse poison!"
The second says, "Well I'm so tough, once I was caught in a mouse trap and I bit it in half!"
Then the third mouse gets up and says, "See ya later fellas, I'm heading home to beat up the cat."

Seems theres nothing like politics to bring out the worst in people……..AL.